Our Shoes, Our Selves: 40 Women, 40 Stories, 40 Pairs of Shoes is a beautifully done coffee table book that is made for someone whom I guess isn’t me. Dang. I was so excited to read this collection of 40 amazing ladies talking about the literal shoes they wear and tackling the symbolic implications of both their womanhood and their wardrobe.

Let’s begin with the stats. Of 40 subjects, I count about a dozen women of color and maybe three obvious queers. There are 18 pairs of high heels, which we must admit qualifies as “less than half” the shoes in the book, though the front cover depicts a classic pink stiletto. There are eight 11×18 inch prints of this cover shoe, one of which you can have for $1,000.

This is a way of letting you know how qualified the book’s photographer is. Melanie Dunea has also done a book on chefs showing their ideal last supper, My Last Supper (Bloomsbury, 2007). Indeed, she is very skilled at capturing charismatic people being engaged with the objects that move them. She’s published with a number of glossies and has a true Vanity Fair flare for exhibiting the energy of an unmoving thing like a shoe. Every photo in this collection is as perfectly lit and framed as any shoe advertisement, with additional devotion to illuminating background detail in a way that continues to tell the story of the person who owns the shoes. Our Shoes, Our Selves is a deeply lovely set of photos to flip through. 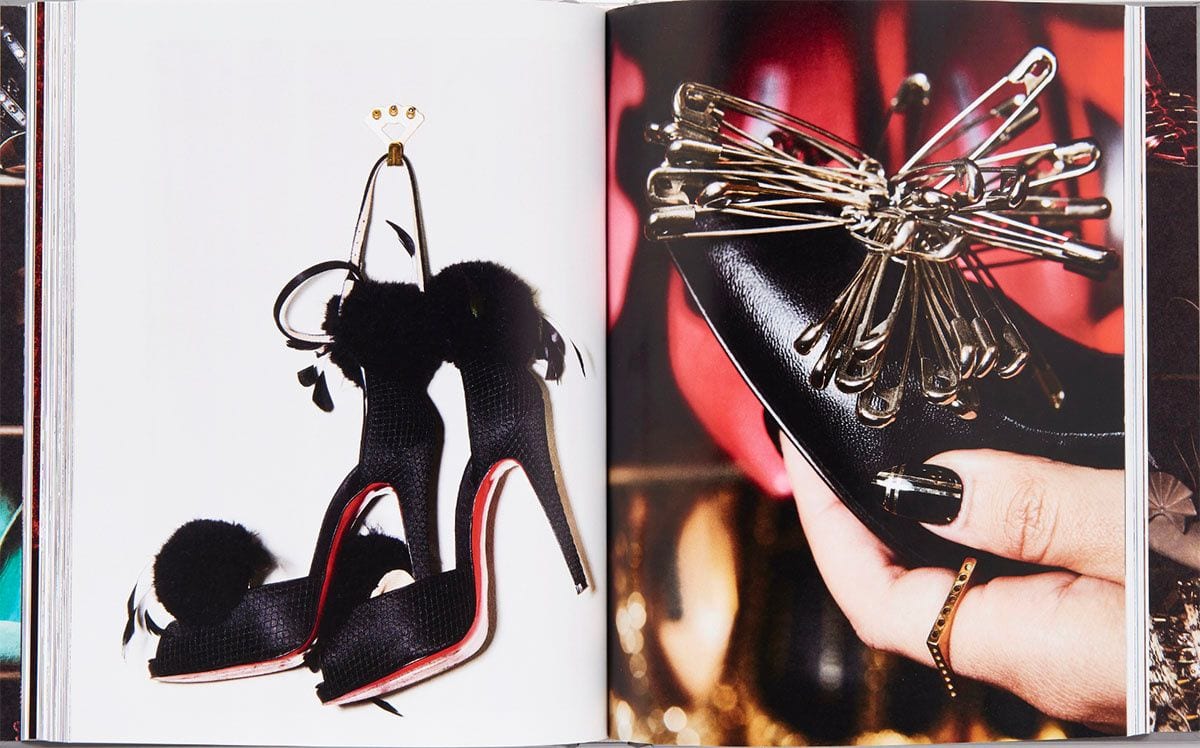 The aspects of this book that trouble me, however, are textual and editorial. As Amanda Benchley says in her introduction, she and co-editor Bridget Moynahan “drew up a dream list of women whose shoes we most wanted to see and whose stories we most wanted to hear: teachers, politicians, scientists, entrepreneurs, athletes, marine biologists, coders, and writers, to name a few of these inspiring figures” (17). If this book is a reflection of the world we live in, I suppose it makes sense that the editors’ roster of high-achieving women is mostly white, mostly straight, mostly located in New York or Los Angeles, and so on.

But as the editors, they could have looked at their counts and chosen to make visible the shoes and success stories of women who started out with somewhat less privilege, and they didn’t. I’d like to see a list of who rejected participating, to know they at least aimed for a more diverse collection than the one they ultimately got. Yay, Padma Lakshmi and Misty Copeland. But I mean, was Hoda Kotb unavailable? How about Lena Waithe, Maxine Waters, Sonia Sotomayor, Flossie Wong-Staal, Ava DuVernay, Yusra Mardini, or Reshma Qureshi? And those are just the women, off the top of my head, who have consistently interesting fashion sense.

Benchley and Moynahan began by rounding up famous names, not with consideration for the text itself. So this becomes a classic editorial problem, which is: what happens if you get three women who all want to discuss the boots they wore during their highly decorated military service? To what extent do their three essays have to be coached into significant differences? Because if all of their essays say much the same thing (proud to serve, wore out so many pairs of these, same boots as the men, etc.), that is a waste of messaging space and can also become boring for the reader. Shout out to Senator Tammy Duckworth, however, whose essay on her combat boots begins, “Shoes are superfluous in my life now because I have no feet” (83). Rarely do the stories in the book rise to this level of immediacy and poetic clarity. 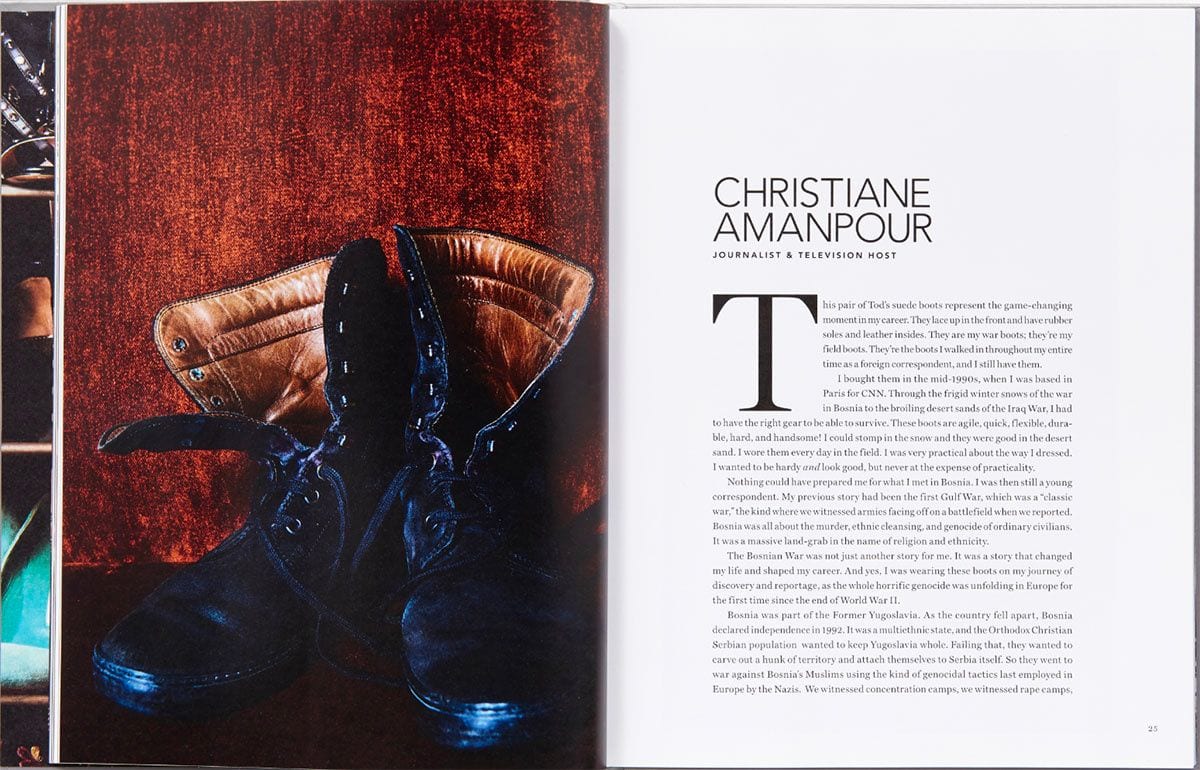 And some of these stories already don’t hold up that well. It probably took several years to piece these 40 ladies together, and yet at this moment, the entry from Senator Susan Collins reminiscing about the broken heel and subsequent broken ankle that almost cost her her perfect record of always showing up to vote in the Senate won’t sit as easily with readers as perhaps it might have two years ago. Personally, all I could think about were her votes to confirm Brett Kavanaugh and William Barr. But perhaps the editors are equally mortified by this—they can’t predict what the future holds for each of their contributors and that’s just the way it goes. The overall tone of the project is quite liberal and not only do they donate a portion of the book’s proceeds to Girls Inc., they give a long list of the contributors’ favorite charities at the end of the book, too.

And yet, the choices in this collection indicate a very specific type of neoliberalism in the sense that the vast majority of the stories about those 18 pairs of high heels do not whatsoever question the seeming requirement of wearing this particular shoe in many workplaces. Any book that showcases women being successful is surely a feminist project. But is a book that does nothing to undercut the misogynist dress code requirements for success also a feminist project? The heels in this book are never characterized as problematic. There are several broken heel stories, of course, but no stories that elucidate how to break with the expectation of heels.

Honestly, I don’t want to be one of those white ladies playing the “more woke than you” game, and in my work as a book critic I have every intention of helping to promote books that are by women, about women, or for women. Thus, it makes me kind of sad that I couldn’t personally get too much more out of this book than enjoyment of gorgeous fashion photography, but I still definitely know a handful of women who would have good reason to be super psyched if I bought them this charitable coffee table book for a present. Our Shoes, Our Selves is not really in the revolutionary spirit of the still surprisingly relevant Our Bodies, Ourselves—it’s more for the women who can still find big value in Sheryl Sandberg’s Lean In (Knopf, 2013). 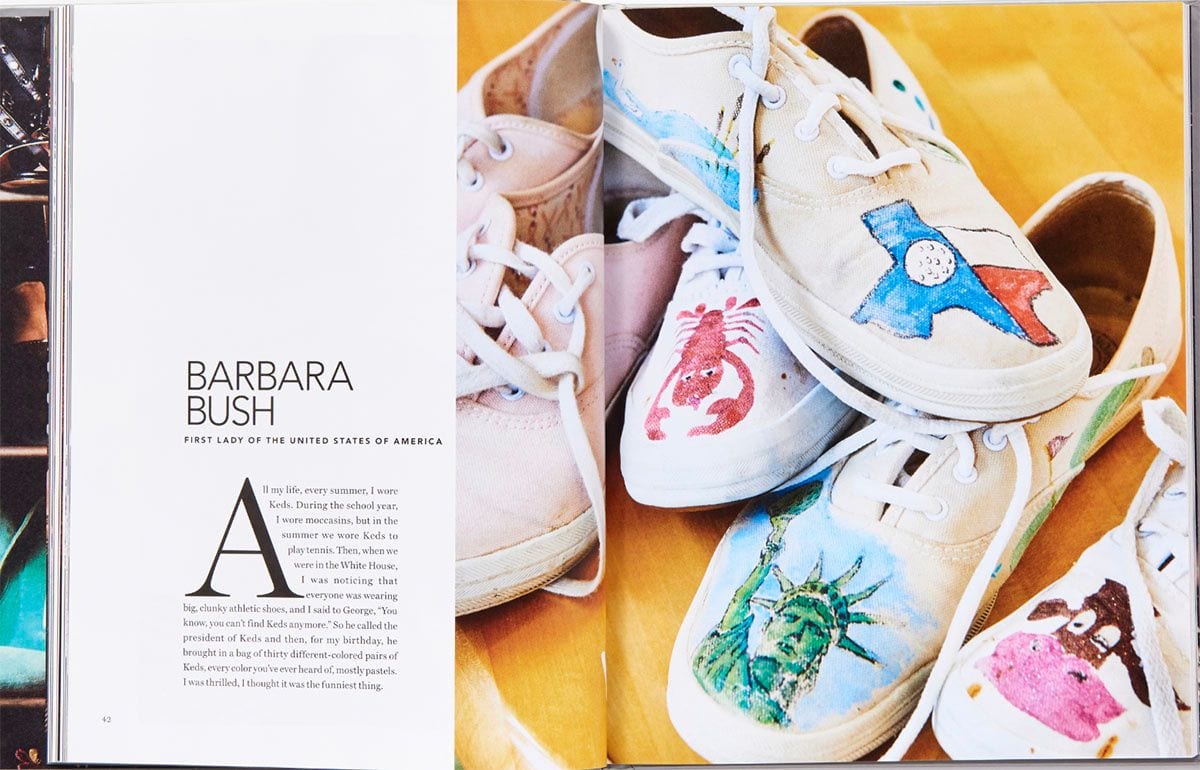