Like all of Pallbearer‘s records, Forgotten Days is resonant with arched, dramatic melodies in the classic heavy metal tradition. Conceptually, it insists on confronting hard truths about time, memory, identity, and death. There are emphases throughout that are new for the band. There are more profound influences from progressive and noise rock, shorter songs, and relatively more accessible passages. Still, these are by-ways within its all-inclusive doom metal logic. And like all proper doom metal, it is music that is not in any hurry to arrive at its destination.

But despite its place in these musical traditions, singer/guitarist Brett Campbell, who spoke to PopMatters from his home in Arkansas, observes that Forgotten Days contains more traditionally structured music than they have ever done before. I wondered if a relatively surprising array of influences might contribute to this development (Sonic Youth, Smashing Pumpkins, or the Cure), and he agrees. “All of those you nailed, man. Devin [Holt, lead guitarist] is a huge Smashing Pumpkins fan. I am a little more of a fair-weather fan. To me, Siamese Dream is the masterpiece, one of the best rock albums ever made, the massive wall of guitars, the songwriting, truly a masterpiece. Sonic Youth too. I like a lot of ’90s noise-type bands.”

The mainstay, though, continues to be English progressive rock giants, Camel. “Camel is in some ways one of our primal influences. If you take any of our leads, the big sort of symphonic sections, that is almost always our attempt at really heavy Camel. [Kevin Latimer, Camel’s guitarist] has such pristine melodies. They’re so beautiful in the way they play off the chord progressions — that is what we’re doing, heavy Camel. At this point, it is less overt or calculating; it’s just how we write.”

All the preceding elements are present on Forgotten Days. “Silver Wings”. The album’s 12-minute centerpiece resembles a suite in its structure and exhibits characteristics of musical prosody. It unfolds in three sections. The first consists of off-kilter, dissonant riffing, like Sonic Youth crashing up again Swans. A second part is a lyrical section that reads like blank verse poetry and a quickening tempo. The last section is characterized by a languid, sonorous guitar lead over a gently swaying riff, all of it locking into sync, wave-like and repeating, until the ends. The song’s overall structure mirrors the lyrics. “The slow march of time turns even the greatest triumphs to nothing,” Campbell sings. “Nothing more than sand / washed into the infinite sea.”

The prosodic approach, whereby the musical components, the music’s structure, and the lyrics all fit together to tell a story, to convey a mood, or to communicate an idea, appears on all Pallbearer records, and it is consciously exercised. “The ultimate goal is to create a narrative within the music that works even without the lyrics and vocals altogether. The music itself should tell some sort of emotional story on its own. That’s the primary goal of songwriting for me.” 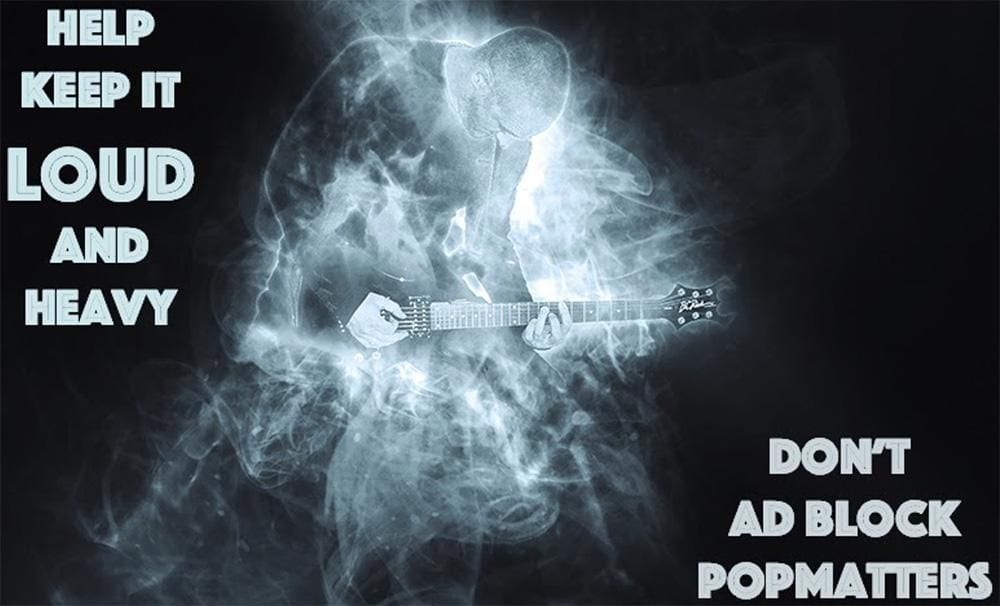 Developing songs such as these is a balance, he says, between crafting and intuition. “To a certain extent, I just try to follow where the song is leading me. Sometimes you will end up with some meandering, jarring changes, just because it is the next thing that came to mind. It can bring interesting transitions into a song, but there has to be some element of guided composition.”

It also requires sustained inspiration over long periods as well as moments of collaboration. “I wrote probably three or four different versions of [‘Silver Wings’] with multiple different endings,” he says. “While we were playing them, it just didn’t feel done, didn’t feel right, didn’t feel like the story was coherent.” After workshopping it for months and fielding input from the band (which includes Holt, bassist Joseph Rowland, and drummer Mark Lierly), he eventually experienced “a revelation, a eureka moment”. He wrote “the intro, which ties into the end, and the last vocal section that wrapped everything up and led to the final section. And it all made sense.”

“In the case of ‘Silver Wings’, that ending ties in with the lyrical concept. The last line of the song is about how time washes everything into the infinite sea, so for me, that last part is just that; it’s a musical demonstration of time eroding all things and washing it away.”

Time is passing, and decay and death are coming; these themes appear on Forgotten Days and throughout Pallbearer’s music. The title track, for example, was inspired by Campbell and Rowland’s encounters with Alzheimer’s among close family members. “Caledonia” confronts regret for what has been said and unsaid to a deceased parent. There are also political themes, most evidently on “Vengeance & Ruination”: “Eye for an eye / Crime for a crime / The true measure of power / The ability to inflict cruelty / With impunity.”

But even here, the band’s message assumes a universalist aspect.

“In person, and even through Pallbearer’s social media, I’ll talk politics and current events,” Campbell continues. “But when it comes to the music, I try to keep it at a macro scale and talk about cyclical or continuous mistakes that we as humans and our societies keep making over time. ‘Vengeance and Ruination’ applies to today, but it also applies to state-sponsored cruelty since the beginning of the existence of states. It’s about cruelty; it’s not about Donald Trump or whoever. It’s about these mistakes that we never seem to learn from. It’s a strange constant in human life. There’s no need for cruelty, but it’s still with us, and you see it in so many aspects of the world.”

It is a point of view that has been with the band from the beginning. “‘Foundations’, the song — the foundations of burden — is about living with either mistakes in your past or in the foundations of the society that you live in. It’s expressly about both,” he says. “You have to deal with those. It’s not necessarily your choice, but it’s just the way things are. Even going back to the second album, it’s somewhat political, but it’s more about patterns of human behavior rather than one specific current event.”

Where one current event is concerned, he is not particularly optimistic about the return of live music. He points out that the post-COVID era, whenever it arrives, will for a time be trouble for artists, venue owners, and all individuals that depend on the music industry for their livelihoods. At that point, “every musician in the world is trying to tour at the same time! I don’t know what the answer to this is.”

He continues, “There are only so many clubs, especially in smaller markets where there might just be one. I am trying to be optimistic. But it is going to take a while for the vaccine to be distributed and to take hold and to have any real impact on the situation. Take that, and the logistical issues of post-COVID touring, it’s a little more complicated, unfortunately.”

Is there a risk in bringing politics into the music? “It could be dangerous because you risk alienating parts of your fanbase, but honestly, I don’t give a shit. Everything that I say in my lyrics is an expression of who I am as a person, and if I believe in something, I feel like it’s my artistic right to say whatever I want. Sometimes I feel like it’s my responsibility to point to things that I feel are wrong.”

With Pallbearer, their preferred themes and subjects are not conjured gratuitously or as fodder for merely grim or depressing imagery. Ultimately, Campbell and Rowland seem compelled by the idea of facing these inevitable facts of life or human nature: because we have to. We can go towards the infinite sea invoked in “Silver Wings” kicking and screaming, or we can make some peace with it while we can. But the outcome is the same either way.

“I think a lot of our music, in general, is about coming to terms with the more difficult aspects of the human experience and learning to not just cope with them but also to live with them harmoniously. Even though it is dark subject matter, I don’t feel like it is defeatist.” Campbell agrees that there is space in metal music for these kinds of conversations. “I think it’s something that is missing. The detractors of metal say it is cartoonish or fantastical, and at times it is, and that can be a good thing, as escapism. But that is not really what I am interested in making. I think metal can be serious art, and I think there is plenty of room to discuss actual adult issues.”

“And that is not to say you can’t do both and still be fun. ‘Forgotten Days’ the song, to me, is a pretty fun song, in a way.” It’s two artful, dramatic solos, both by Holt, and its main riff, “a descending harmonic minor”, Campbells calls it, inspired by the death metal band, Morbid Angel, “are kind of groovy to have fun within a live setting. But the subject matter itself is a little more adult. Trying to balance some of the sillier aspects of metal — and I am not saying it as a pejorative because a lot of metal is really silly, and that’s not a bad thing. It is part of what makes metal fun. But balancing that aspect of metal with more serious composition or subject matter is the line we try to walk.”