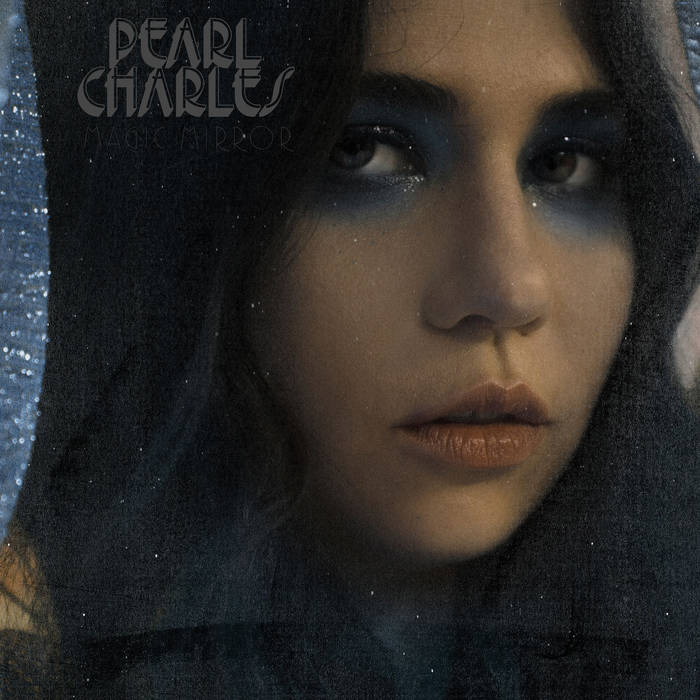 Pearl Charles spends much of her second album Magic Mirror thinking about who she is, refining her introspection even as she finds ways to reach out. As she seeks self-definition, though, she develops a more fluid musical identity. Charles has always shown flexibility with her previous groups’ work in Americana, garage, and indie-pop. Debut solo album Sleepless Dreamer (2018) positioned her as a country-pop artist, though even that genre serves more as a catch-all than a structured category. Now she embraces the breadth, casting a shine across a wealth of styles that help establish Charles’ sound in their sheer variety.

The album opens with “Only for Tonight”, and the ABBA comparisons are irresistible. To jump straight from Charles’ work as half of Driftwood Singers to this cut would be considerably jarring, and even here, it comes as a surprise. Charles sparkles as a disco queen, enjoying the throwback disco as much as she ostensibly enjoys the song’s hook-up. She quickly recognizes that she “wasn’t made for a one-night stand”. She can “fake it” for just this night, she tells herself, while acknowledging the cycle she finds herself in.

From there, Charles focuses less on the clubs and more on California in the 1970s. The genre descriptions get trickier, even with that sound as a starting point. For one stretch, she might run with Fleetwood Mac. For another, she might push into cosmic country. It makes for a compelling listen and raises questions about whether she’s a country artist embracing pop flourishes or a pop star who knows when a steel guitar could be useful. The debate becomes secondary to the quality of the songs, which never falter.

“Imposter” finds comfort in its country trappings, even as Charles loses any comfort in herself. “I keep looking for myself,” she sings again and again. Having lost core stability, she feels like an imposter all the time. The song’s easy feel makes room for a frank confession of uncertainty as if Charles needs a safe place to wander. The quest for identity continues, but the piano ballad “Magic Mirror” offers guidance. “All you seek is inside you,” Charles sings. Even with that understanding, though, the mirror world holds its own challenges in its labyrinth of self-inflicted confusion.

After “Slipping Away”, the second half of the album offers more optimism. Though the songs come laden in nostalgic sounds, they look forward. “Take Your Time” gets into cosmic country territory (probably Charles’ wheelhouse, although she makes a strong case against being pigeonholed) to offer some comfort, and “Sweet Sunshine Wine” feels like the day has finally dawned. That sequence suggests the bright closer “As Long As You’re Mine” works best as a romantic song. It indeed serves as a reminder about what matters most, whether read in a relationship or in community, but Charles acknowledges that “the water’s rising” and “there’s fires burning”.

Her art doesn’t offer easy resolutions to internal or external crises, but as Charles works through her ideas (and her sounds), she leads us to somewhere better, a little way out of the maze and into a place where we can at least imagine some good weather.