As artists age, there’s an inevitable reckoning to be had with their legacies. But in a culture that treats art-making like an endless competition, the twilight years of a creator’s career are too often spent contextualizing their work amongst the work of others, rather than considering their powers as a singular artist. Admittedly, in the case of the filmmaker Pedro Almodóvar, it’s hard not to consider the grander scheme of things. He’s been a long-time cultural legend in his native Spain, but the rest of the world has been slower to appreciate the zany artistry of his films.

Older now, Almodóvar is doing some reflecting of his own.
Pain and Glory (Dolor y gloria), the director’s 21st film, is a pointedly autobiographical one, and the story is right there iN the title — in a long, eventful life like his, there are plenty of highs and lows. Almodovar’s stand-in here is Salvador Mallo (Antonio Banderas), a middle-aged film director with too many physical ailments to count. In Salvador’s mind, the best years of his career are behind him, and his self-alienation and depression have been preventing him from doing the work he loves.

Thankfully, it’s not hard to find sympathy for Salvador’s situation, if only because his temporary stasis hasn’t quite hardened into the bitterness we might expect from such a storyline. Rather than an air of superiority, however, Salvador’s anhedonia stems more from insecurity and loneliness. He’s convinced himself that, without the physical health of his younger years, the demands of filmmaking are more than he can handle.

Almodóvar treats Salvador tenderly, but he doesn’t coddle him. The film itself, juxtaposed with its central character’s sadness, is bright and lively, filled with the vibrant colors and quick wit of Almodóvar’s earlier efforts. This setup, somewhat contradictory, presents a world that continues to turn despite one artist’s misery. It goes on, awaiting his return to the land of the living. 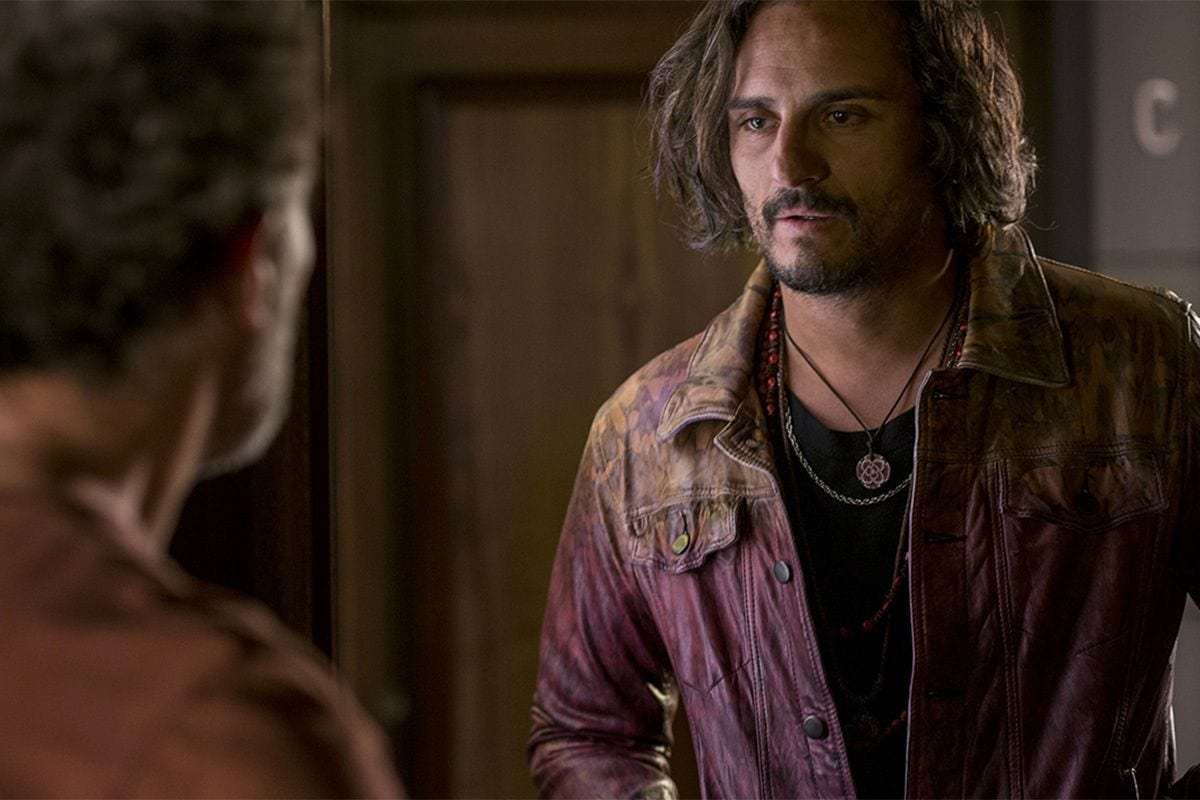 Eventually, Salvador does take steps in the right direction, however tentative. As one of his early films is re-released for contemporary audiences, he calls on the film’s star, Alberto Crespo (Asier Etxeandia), to join him for a Q&A. Although the pair haven’t spoken in 30 years, Alberto agrees to work with him, and the two spend the next few weeks brainstorming and smoking heroin.

Salvador, desperate for an escape, loses himself in drugged-out memories: Washing clothes with his mother (Penelope Cruz); moving to a strange new village with his family and teaching an illiterate neighbor how to read and write. The flashbacks are brilliant, not only as vivid plot points, but as thematic developments. Young Salvador is spirited and artistically prodigious, and it throws his present-day midlife crisis into sharp relief.

It is, ultimately, by living life and dealing with the consequences of his actions (and the natural consequences of old age) that Salvador begins to put himself back together. The frequent flashbacks give Pain and Glory‘s narrative a stitched-together quality, but the script is well balanced. Salvador’s present-day journey is really quite a simple one, but it’s his memories that give the film its narrative heft.

It’s unclear to what extent Almodóvar is representing himself, but it’s heartening to see the solipsism of autofiction channeled not into arrogance, but cathartic honesty. Salvador may be dejected and slightly angry, but Pain and Glory holds very little animosity for the world at large. Instead, love shines through — love for art, for friendships, and for family. 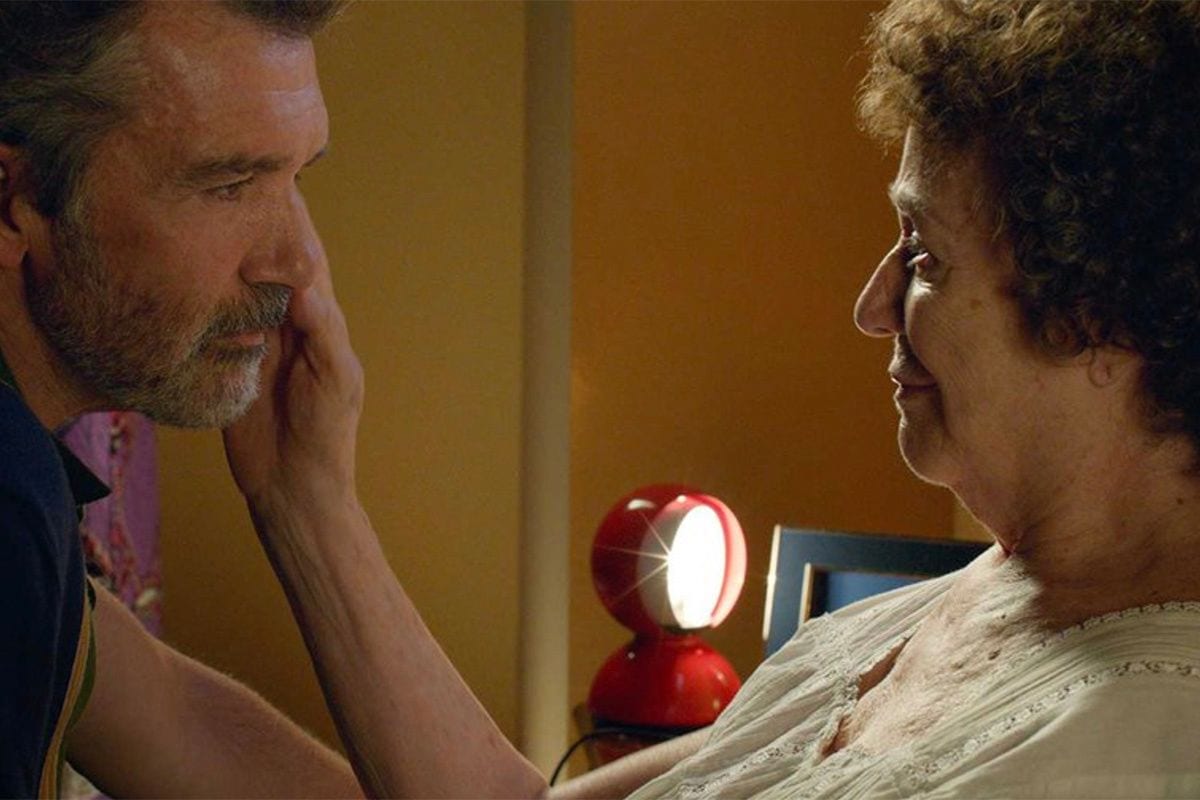 Even the most metatextual elements, including a dramatic monologue in which Alberto plays Salvador’s rueful ex-lover, veer toward poignance rather than pretentiousness. One downside to autofiction is that a certain audience will always have a baseline distaste for its excavations of real-life situations, and going into Pain and Glory one might understandably expect the tiresome protestations of an aging artist feeling sorry for himself. But the film’s climactic moments, rooted in forgiveness and vulnerability, forego personal vindication for a much wider celebration of flawed personhood.

Banderas, playing Salvador, is wonderfully fragile, and his wallowing comes off as both stubborn and self-protective. It’s an entirely new role for an actor known primarily in Hollywood for inhabiting the sexy Latino archetype, but Salvador isn’t without his charms and flirtations. Etxeandia, in a comic role that doubles as the film’s most overt expression of regret and vulnerability, is perhaps even more obviously likeable. But the most valuable player has to be Almodóvar’s veteran eye for detail, both as writer and director. Above all, Pain and Glory is a tender film, convinced in the power of storytelling to heal and reconcile.

The most obvious touchstone for Almodovar here is Fellini’s 8 ½, but it’s just as instructive to consider how the two films differ. Fellini’s masterpiece is far more baroque, relying on a maximalist and highly symbolic aesthetic to depict the artistic process. Pain and Glory, rooted in emotional realism, is more concerned with the filmmaker’s long-term relationship with art in general. It may be tempting to focus on the specifics of how Salvador resembles Almodovar, but the film doesn’t necessarily beckon us to intellectualize disparate elements into one solid truth. Instead, fictional or not, Pain and Glory is a celebration of art, not just as a form of entertainment or provocation, but as lifeblood.