What is it about cursed Indian burial grounds that compel people to bury stuff in them? Pet Sematary, Stephen King’s disturbing 1983 novel about a grieving father who resurrects his dead son via cursed cemetery witchcraft, is that rare animal that looks death straight in the eye. In this 2019 remake of Mary Lambert’s 1989 film, co-directors Kevin Kölsch and Dennis Widmyer succeed at capturing the nihilistic bent of King’s story while still delivering an entertaining horror show. Tense, unflinching, and completely self-aware, Pet Sematary veers away from its source material in satisfying ways, yet remains true to King’s uncompromising vision.

It’s trendy for cinephiles (present company included) to wring their hands over unnecessary Hollywood re-makes. Lambert’s Pet Sematary, however, is the perfect example of a film ripe for the re-making. Hamstrung by King’s own clumsily adapted screenplay and an unconvincing lead performance from Dale Midkiff as the tormented father, director Lambert’s cult classic failed to capitalize on the bone-chilling premise of King’s novel.

Co-directors Kölsch and Widmyer deliver a predictably darker rendition than Lambert’s 1989 interpretation, which has a campier, made-for-television vibe (tendon slicing not withstanding). The Cleaveresque Americana portrayed in Lambert’s tiny Maine village, with its helpful neighbors and plentiful smiles, has been replaced by cold seclusion in this update. Louis Creed (Jason Clarke) and his wife Rachel (Amy Seimetz) escape the bustle of Boston for 50 acres of country peace and quiet. Even their kindly old neighbor Jud (John Lithgow), so intrusive in the 1989 film, largely keeps to himself here. This suffocating solitude becomes a character in Pet Sematary, trapping a troubled family in a nightmare of its own creation. 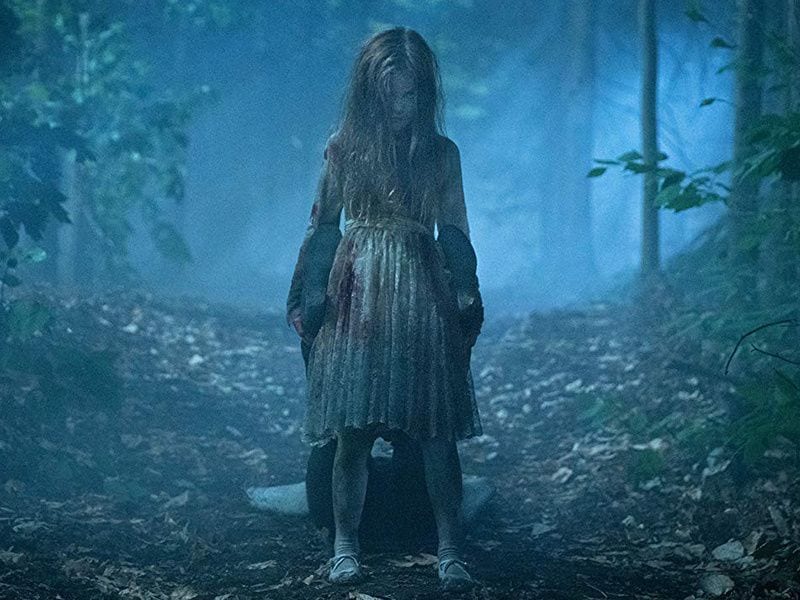 That catchy tagline woven throughout King’s clunky 1989 screenplay makes a more impactful re-appearance in Jeff Buhler’s superior script (a story credit is also given to veteran script doctor Matt Greenberg). It’s this contemplation of death or, more specifically, the fear of contemplating death, that shapes everything happening in Pet Sematary. Louis’s confident denial of an afterlife and Rachel’s lingering guilt surrounding the death of her sister make this otherwise intelligent couple incapable of discussing such heady matters as mortality with their children, the precocious Ellie (Jeté Laurence) and adorable Gage (twins Hugo and Lucas Lavoie).

When death comes calling, then, it’s unsurprising that Louis goes searching for loopholes. He finds the perfect fix in his own backyard in the form of a pet cemetery, created to accommodate all of the household pets flattened on a treacherous road snaking through the neighborhood. Jud, a lifer in the community who shoulders his own sad story, gives Louis the lowdown on this very special cemetery, imbued with evil spirits that can resurrect the dead. Clarke’s powerful wordless performance during his child’s funeral tells you exactly what he’s planning to do. His unconscionable actions push this incarnation of horror directly into the realm of tragedy.

The inescapable grasp of fate, of course, is what gives life purpose and urgency. It’s ironic that the only character who seems to understand this is nine-year-old Ellie. Her bubbly personality and inquisitive search for answers rest in sharp contrast to her parents, who are in retreat from the challenges of adult life. Ellie, relegated to the role of irritating window dressing in the Lambert’s film, quickly establishes herself as the most important character in the new Pet Sematary.

Young actress Jeté Laurence is a revelation as Ellie. She’s the kind of kid who has an old soul, whose bright light seems fueled by a flicker of darkness. Her awkward ballet recital during a family dinner personifies a restless spirit spinning madly between hope and despair, life and death. When the two realms co-mingle, it comes as no surprise that Ellie stops spinning and embraces the darkness with terrifying vigor. 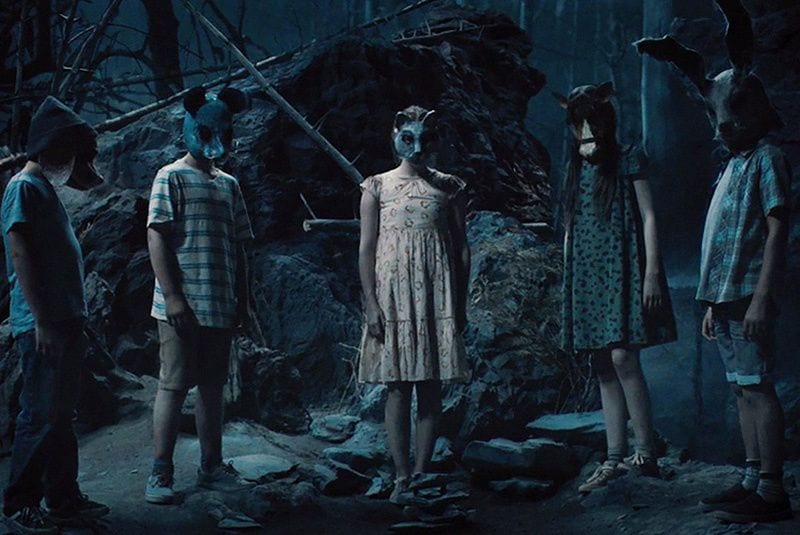 It’s ironic that the strength of Pet Sematary – its unapologetic acknowledgement of the 1989 original – is also its greatest weakness. Kölsch and Widmyer delight in using our cinematic knowledge against us. Story points are re-arranged, prolonged, or deleted altogether with delicious results. Of particular note is a satisfying new ending that plays out more nihilistically and tragically than its predecessor. You don’t need to have seen the original Pet Sematary to appreciate the thrills of this re-make, but the added context definitely amps up the fun.

Sadly, it feels as though the characters within the story have also seen the original film. Their actions are too prescient, as when Jud instinctively guesses the trap set for him and his Achilles tendon. Louis’s acceptance of the cemetery’s restorative juju is too abrupt for a character of such atheistic, analytical resolve. It’s indicative of a cast of characters that know they’re trapped inside of a Stephen King story. Too often, this self-awareness feels more like a narrative shortcut than a loving wink to King’s iconic story.

Despite these missteps, the filmmakers do a remarkable job of culling the weakest portions from King’s 1989 script. Gone is the underdeveloped Missy character, whose bizarre suicide added nothing to the story. The comic edge has, thankfully, been removed from the ghostly Victor Pascow (Obssa Ahmed), though he’s still charged with the thankless job of stopping Louis’s self-destruction. More importantly, Rachel’s childhood backstory, which swirls around the horror trope of the deformed sister who lives upstairs, is more central to the supernatural elements of the story.

It’s unlikely that Kölsch and Widmyer’s Pet Sematary will become a horror classic, but it should serve as a blueprint for how to re-make a flawed film. The bad stuff has been ditched in favor of sculpting a more psychologically engaging premise. Sure, there are too many jump scares, but the tension is built through atmosphere, and long, slow takes that invite your mind to imagine the worst. In almost every way, Pet Sematary is a welcome resurrection.