Sigh, Gone: A Misfit's Memoir of Great Books, Punk Rock, and the Fight to Fit In
Phuc Tran
Flatiron Books

Phuc Tran, Carlisle High School graduate of the Class of 1991, moved to Portland (the one in Maine) with his wife and two little girls to open Tsunami Tattoo in 2003. The shop’s website expresses a “commitment to environmental, social-justice, humanitarian, and civic issues” because “we are not islands.” Tran knows about islands. “In Vietnamese,” he writes in his debut memoir Sigh, Gone, “the word for country and the word for water are the same” because with the nation’s two-thousand-mile coastline and thousands of islands, “waters were so prominent to its primordial people that water defined where you came from. Water was your country” (171).

He left Saigon, one little baby shoe flung away and missing in the rush of it, when he was just a toddler. Then he grew up in a small Pennsylvania town in the Susquehanna Valley where inevitably the kids in school classified him as the one Asian kid, and he classified most of them as “poorly read. Very white. Collar blue” (3). If the pun-alicious title of Sign, Gone hasn’t clued you in yet, Tran has turned out to be anything but poorly read. The subtitle of his book is A Misfit’s Memoir of Great Books, Punk Rock, and the Fight to Fit In.

If this is starting to sound a little familiar, you’re thinking of Sarfraz Manzoor’s 2019 memoir, Greetings from Bury Park, or more likely the universally acclaimed film it was made into, Blinded by the Light (Gurinder Chadha, 2019). That film is about Javed Khan, a Pakistani Muslim immigrant living in England in 1987, who’s teenage poetry ultimately drives him to an obsession with the music of Bruce Springsteen that motivates his survival and then eventually his accomplishments.

Tran’s book is going to face numerous comparisons to Gurinder Chadha’s hit film, and it’s true that their broad strokes are identical: immigrant kid suffers from serious racism, self-loathes and rejects traditional culture of the parents, finds motivation courtesy of a few great Humanities teachers in high school, gets a taste of success on the school newspaper, chases girls and finds solace in a particular brand of music, roll credits as newly self-actualized high school graduate speeds off to college and an unknown future that is nevertheless brightly lit.

If you liked watching Blinded by the Light, definitely pick up a copy of Tran’s memoir—so you can see that you don’t have to settle for the saccharine. Sigh, Gone is a lot smarter and a little edgier than Blinded by the Light in ways that matter to both the story and its messages. For example, where Khan is merely embarrassed by his father and the financial struggles they face, Tran saddles up on all that while also battling a father who is not just traditionally patriarchal, but also physically abusive.

When Tran temporarily drops off the Honor Roll on a technicality and for pretty good reason, his father chases him around the kitchen table, fully intending to stab him with a pair of scissors but settling for using the scissors on every hard-earned album, poster, and concert t-shirt in Tran’s carefully curated punk rock collection. Sign, Gone engages with problems of domestic abuse, homelessness, and poverty in a way that Blinded by the Light does not even fathom. Or for a comparatively light example, while Khan courts a girl and finally lands his romantic first kiss, Tran is surprised by a suddenly available girl and ends up confusedly rounding third base when he has no prior experience with kissing at all.

Blinded by the Light is rated PG-13 for thematic material and language including some ethnic slurs. Tran’s memoir should be made into a film, and that film should be rated R so the messages of the book—as well as its copious, emotionally significant number of f-bombs to rival the likes of Holden Caulfield—don’t get diluted. This movie will have fist fights with possible Nazis, skateboard shenanigans, under-aged drinking, dope, and police.

“And in my punk crew, in which we wore out outsider status proudly, I had to admit to myself: I didn’t actually want to be an outsider anymfore. My crew was bound by our ostracism, and my membership in our group was an ironic and short-lived salve to stanch my deeper wound, my gaping need to find my place. […] I wanted to feel like a valued member of my school and my town, even as I rejected my town and my school (punk rock, you’re so confusing)” (266).

At no point does Khan feel confused by Springsteen. He never gives a nod to the irony of Springsteen getting filthy rich singing about working class problems. He makes no attempt to unpack his hero, even by uncritically branching out to listen to those musicians who influenced or were influenced by the Boss. This is how Blinded by the Light was able to give us all an optimistic, tear-jerking, classically happy ending with all the loose ends tied up pretty nicely (and the National Front and Margaret Thatcher quietly swept under the rug). 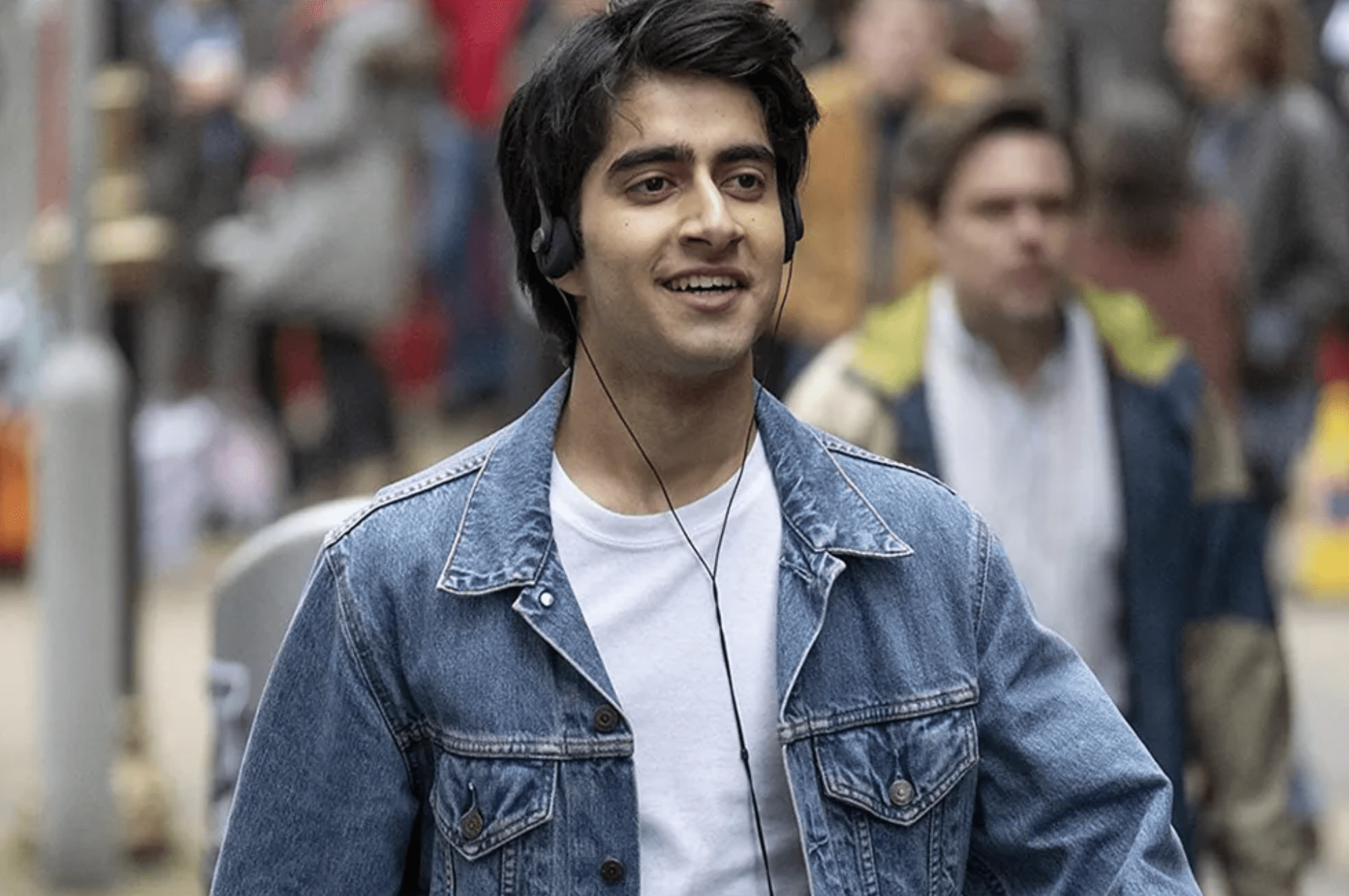 Tran is on a comparatively more existential trip, both broader than one musician or one book, as well as deeper than a basic familial reconciliation: “the most punk thing for me to do was to be who I was without pretension or preamble or grandiose posturing. I had read it in Nietzsche but didn’t know what it really meant: become who you are” (290).

Tran not only read Nietzsche; he read Dostoyevsky, Proust, Wilde, Kafka, Malcolm X, Homer and many others. He doesn’t quote from any of these works in Sigh, Gone, but instead uses them to reflect the parts of himself that connected with those great books. The chapter on The Scarlet Letter is about the ways he was visibly different from the white people in his community. The chapter on Pygmalion is about the difference between being a poser or interloper versus authentically participating in the society of his peers. Indeed, the chapters all use a different book as a framing device, and though the tone and content of this memoir has literally much more to do with punk rock than any of these books, using the music as his conceit would not have worked.

There is a certain fundamentalism about punk culture that Tran must also escape before the book and his life can reach possibly greener pastures. Several of his punk friends end up enlisting, flying off to the Gulf War maybe to get killed. Some of his punk friends never finish high school and another one or two of his punk elders, those who quietly completed their AP European History homework between band practices, end up going to college at NYU.

The author got into NYU but couldn’t afford to go there. Now, keeping his punk side alive as an adult, he inks tattoos and rides motorcycles. He has also paid forward his debt to the teachers that encouraged him, sometimes working as a teacher of Latin and Classics himself, and giving a TED Talk titled “Grammar, Identity, and the Dark Side of the Subjective”.

If you sit through the credits for Blinded by the Light, it’s revealed that the kid’s fandom led him to see more than 150 Springsteen shows and he’s got a bunch of selfies with the Boss to prove it. Sugar is addictive—and expensive. Sigh, Gone is more likely to launch a broken down kid on a mission to read 150 great books—for free, at the local library. Put Phuc Tran’s book in the hands of a bunch of teenage punks goofing off in English class and see what they do with it.