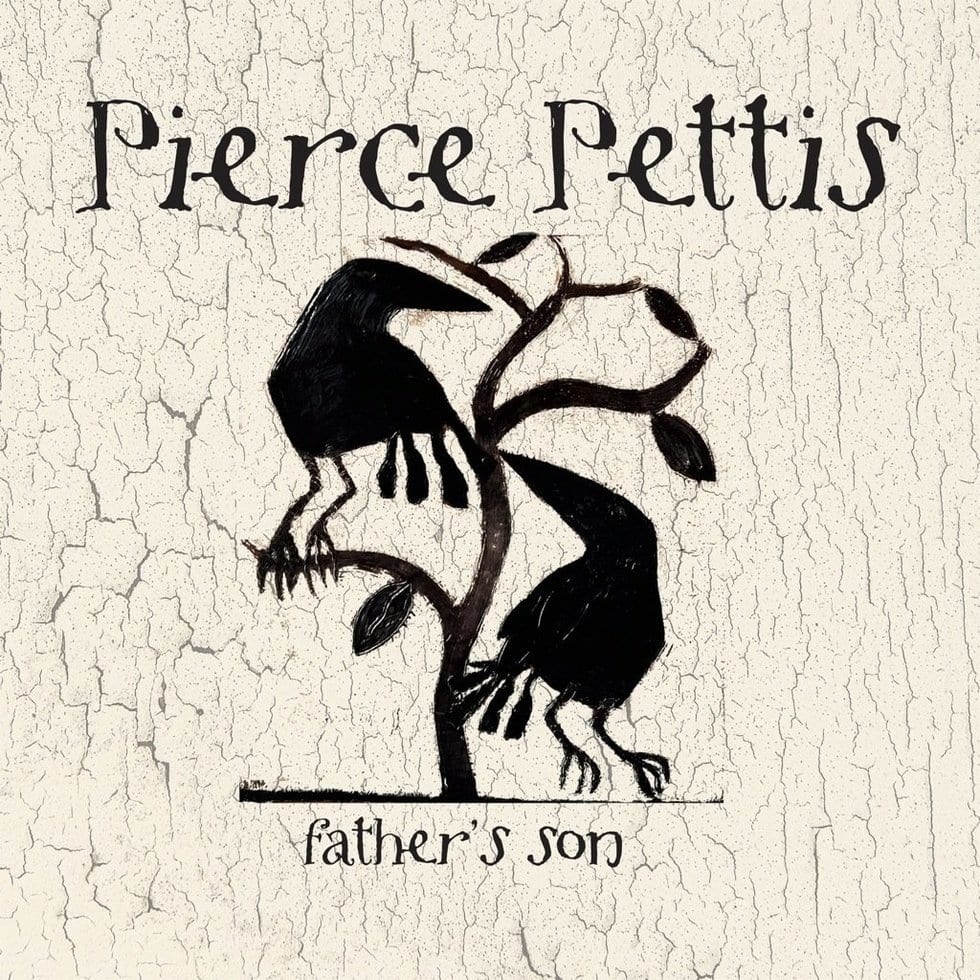 Many folk fans first heard Piece Pettis on Windham Hill’s Legacy collection, which announced the new age label’s folk offshoot High Street Records. “Legacy” was a highlight of that diverse collection (which also introduced John Gorka, Bill Morrissey, Sarah Hickman, David Massengill, and Cliff Eberhardt), and it featured on Pettis’ first record for High Street, While the Serpent Lies Sleeping. That album’s over-production could have derailed his career, but with Tinseltown guided by producer Mark Heard, Pettis’ songwriting shown through. By the time of his final record for the label, Chase the Buffalo, Pettis had developed into a “songwriter’s songwriter”, and his subsequent albums for Compass Records, particularly 2001’s State of Grace, have established him as an important voice among American singer-songwriters.

It’s been ten years since a Pettis release, but he seems ready to take an earned place among the honored elders of folk with Father’s Son. His new album has everything Pettis’ fans have come to expect: introspective lyrics that wrestle with spirituality and the humane, wry humor, tasteful accompaniment, a few carefully chosen covers reimagined to fit his idiom, and his every-album homage to his friend and collaborator Heard, whose sudden passing in 1992 still mournfully resonates. There’s always been a rasp to Pettis’ voice, and time has deepened it. He sings like a voice from a daguerreotype, airy as if coming from a distance, but immediate in its impactfulness.

The charming opener, “I Wouldn’t Change It For the World”, is a total embrace of a life, well-lived, warts and all with no regrets. “We all have something from / Which we must recover,” Pettis sings with understated humor, “The sex, the booze, the drugs / Or maybe just each other.” The endearing sad-sack act continues as he notes “Any given day / Got a 50-50 chance / Things will go my way” but, of course, there’s the pay-off refrain of the title to assure that it’s all been tongue in cheek.

On the other side of the spectrum is the moving, dour “Don’t Know Where I Am”, a song of lost direction with no promise of restoration. “My boat has drifted off to sea,” Pettis sings, “There are no ships to rescue me.” It’s a dark and cathartic song that ends with no promise of hope, and one can easily infer its inspiration. Still, Pettis reminds us on the album’s excellent title song, we remain rooted to our past, and whether sinking or remaining afloat, there is always a legacy to guide us and to which one should remain true. That sentiment is amplified on the album closer “Instrument”, where Pettis sings a personal prayer of good service and lasting purpose.

Father’s Son is a welcome return for a strong songwriter and performer. There’s deep passion here, and the album creeps up on you with the warmth of its storytelling and confident, understated playing. Producer Gary West helps Pettis to create a collection of songs both familiar and distinct. It’s one worth spending time with.