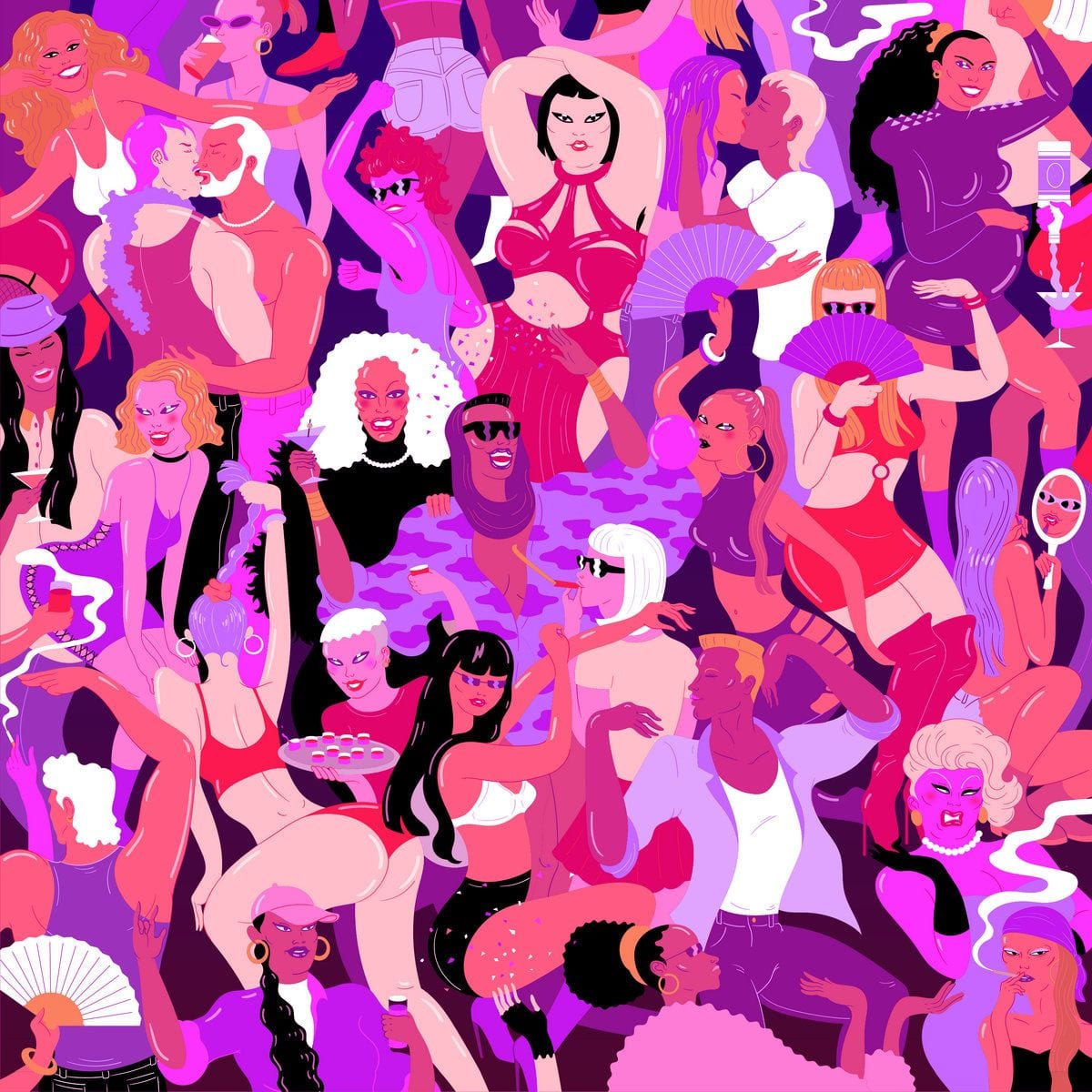 Producer Andrea Mangia — better known as Populous — named new album W in honor of women. It isn’t an empty gesture, either. Over the album’s ten tracks, Mangia collaborates with women from across the globe. The resultant collaborations are wide-ranging, both geographically and musically, a set of coolly electronic tracks that range from dreamy to pure dancefloor, pulling together sounds from Argentina, Brazil, Japan, Mexico, and, of course, Mangia’s home country of Italy.

“Desierto” opens the album on a blissful note, with Argentinian artist Sobrenadar — the name singer-songwriter Paula Garcia uses for her solo project — singing at a whisper, her mutable voice interwoven with rippling synths and celestial beats for an introduction that falls in line with Garcia’s stated aim of creating “watery music” under the Sobrenadar name. The sharper beats of “Soy Lo Que Soy” underscore the higher energy of guest Sotomayor, an up-and-coming Mexico City-based duo fronted by Paulina Sotomayor that plays with a mélange of Afro-Latin dance sounds. It’s a decent cut, showcasing Paulina’s vocal and tonal range at a walking pace, but, like “Desierto”, feels more like an extended introduction than anything else as the album heats up.

The opening beats of “Flores No Mar” mark a shift away from chillwave and toward the club. With vocals from Brazil-born, Milan-based Emmanuelle, it invokes Afro-Brazilian sonic themes and understated electro-dance beats before fading out into an extended section of sheer ambience. Argentinian singer Kaleema lends her voice to seductive banger “Fuera De Mi”, an irresistibly danceable track that, like so many in the current crop of Latin American folktronica, also draws on indigenous Latin American sounds. Following this, Populous swings back home to Italy for a track with Kenjii and enigmatic Milanese club icon Myss Keta on “House of Keta”, a retro Eurodance-esque ballroom track loaded with queer cultural references, and straightforward, pulsing beats. Keta quotes Donatella Versace throughout with a refrain of “My house / My rules / My pleasure.”

Populous moves back toward the tropical with “Banda”, an instrumental number with Buenos Aires-based DJ Barda that samples horns and goes deep with bottom-heavy beats. Fémina’s Clara Trucco lends her powerfully beautiful harmonies to upbeat “Petalo” as one-half of duo Weste. “Out of Space” sees Populous call on Kyoto-born Cuushe, whose ethereal delivery in combination with some of Mangia’s starriest beats is transcendent. Italian artist L I M croons through lovelorn ballad “Getting Lost”, which leads into finale “Roma”, a twinkling synthwave ending featuring Lucia Manca and Matilde Davoli.

W is a fun listen, a showcase of women around the world capably produced by Populous, whose production work is admirably flexible, taking into account each guest’s aesthetics in determining the direction of each track. There’s good range, great talent, and a lot of distinctly enjoyable tracks for either dissolving at home or keeping a body in motion. As Populous, Andrea Mangia explores queerness and femininity in a way that includes numerous experiences and voices — and does so while creating well-polished beats and melodies liable to keep an audience engaged and fully energized.