The most remarkable thing about the new, five-disc reissue of Prince’s 1999 is it makes the original record feel small. As released in 1982, 1999 goes deeper and reaches further than most pop albums, its tracks crawling past the seven-minute mark into the most frightening abysses. But as any Prince fan knows, 1999 is only the tip of the iceberg. All his albums come with acres of apocrypha, and the hours of unreleased material available here are even more daunting for being accessible at the flip of a record or the press of a button. We kind of have to listen to it now.

Prince was on a roll in 1982. It was a year of epics such as “Automatic”, great pop songs like “Raspberry Beret”, and soulful abstractions like “How Come U Don’t Call Me Anymore?” Had he hung up his ruffled shirt after the inspired but awkward Controversy from the year before, he might’ve been remembered as a studio weirdo like Shuggie Otis or Todd Rundgren, an icon to boomers and DIY hermits but few others. Following an unprecedented spurt of creativity that should be on any shortlist of the best years ever enjoyed by a musician, it was clear there was no mentioning him in the same breath as anyone. He’d put in enough hours by the time he was 23 to produce a masterpiece with almost unconscious ease.

During the fallow years between the early 1970s heyday of black art-pop and the desegregation of MTV, it was hard to be noticed as a young, black auteur. Prince responded by encouraging false rumors about his race and cultivating a guitar-god mythos to appeal to the rock kids on the other side of the radio dial who might’ve still been mad about disco. Boos on tour with the Rolling Stones made clear that wouldn’t happen for a while, but to this day, rock fans are less likely to cite his music than his prowess on that most phallic of instruments as the reason for their admiration. 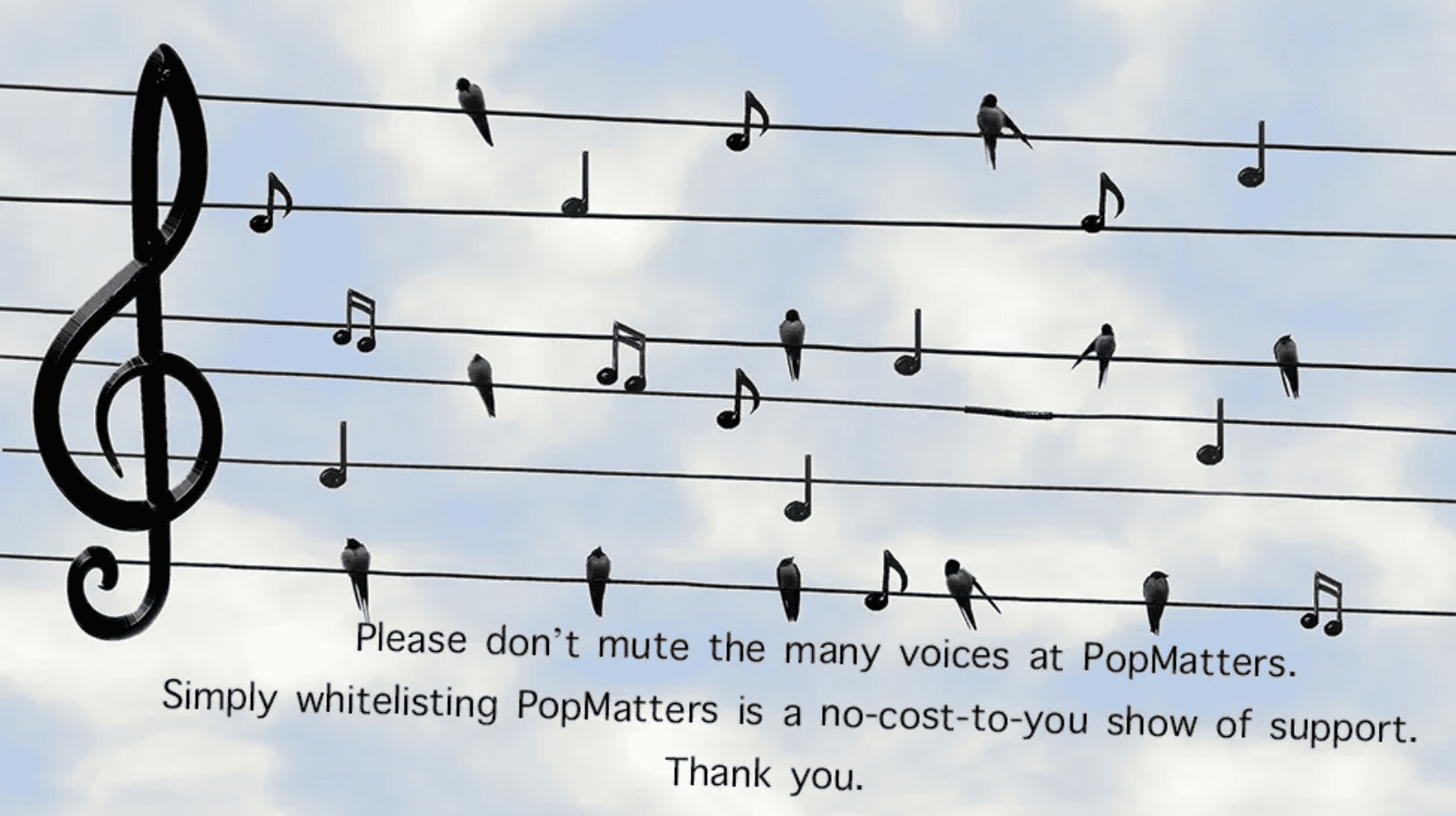 1999 is the sound of Prince deciding not to give a shit. The guitar is not central to 1999; its most heroic solo, on “Little Red Corvette”, was played by Dez Dickerson of the newly formed Revolution. Prince still wrote pop songs, but not in any conventional sense of the word, and the strongest tie to rock is in its use of strenuous song lengths to impart a sense of awe rather than just to keep the party going at the club. 1999 is one of the most uncompromising records ever made by a star who could be considered ascendant. It’s telling that so many of its modern progeny – Beyonce’s self-titled, Rihanna’s Anti – are made by artists with an established-enough brand that people would buy their most avant stuff on name recognition alone.

The opening stretch of the album might turn off anyone whose impression of Prince is just another 1980s hitmaker. “1999” and “Little Red Corvette” are ubiquitous. The latter is so burned in our brains it’s easy to miss how brave it is, using as it does what could be a throwaway Big Sean line – “Girl you got an ass like I never seen / And the ride is so smooth you must be a limousine” – as the emotional climax of the whole song. “Delirious”, the culmination of Controversy‘s rockabilly flirtation, is made with such a light touch it might not immediately scan as great art, even as its rubbery construction plays tricks on our brain.

What makes “Let’s Pretend We’re Married” sound like the marathon sex it describes isn’t its perfectly deployed F-bombs (the word sounds genuinely transgressive in Prince’s mouth), but its Linn LM-1 patter. The Linn is the instrument Prince masters on 1999 in lieu of guitar, and the legions of Chicago house producers who bought their own after its release found replicating Prince’s programming as daunting saving up the money for one. The beat builds unaccompanied for the song’s opening minute, its eighth-note obstinacy creating a tension that never lets up. With each passing second, we drift further away from the light into the record’s fetid bowels

Both “Let’s Pretend We’re Married” and nine-and-a-half-minute centerpiece “Automatic” deepen in the same fashion. Prince starts by singing about sex, not particularly lasciviously, and as the song progresses, we’re treated to a foley-studio interpretation of the act itself. On “Let’s Pretend We’re Married”, it’s the disappearance of the melody, the elimination of all distractions but the drive to orgasm followed the dirty talk Prince fearlessly spits into his paramour’s ear. On “Automatic”, it’s what could be a dentist’s drill, followed by moans of pleasure that—like the ones on “Lady Cab Driver” a few tracks later, as he dedicates his individual thrusts to the higher powers—sound more like moans of pain. The sounds Prince himself makes in the throes of lust are nearly as disturbing as James Brown’s, not least his screams.

Anyone whose interest in Prince has anything to do with his much-touted sexual fairness should reconsider, not least because two songs from the 1999 sessions, neither of which made it onto this disc (“Extraloveable,” “Lust U Always”), cast Prince as a rapist. Sex doesn’t sound much fun on most of 1999; it’s a means to an end more than anything else. The hero of “Let’s Pretend We’re Married” uses a fantasy of monogamy to justify his reckless promiscuity to himself. It’s implied that Prince fucks the heroine of “Lady Cab Driver” in lieu of paying the fare. Only on “International Lover”, which is basically self-parody, is anyone having any real fun.

1999 is really an album about staving off oblivion. The title track is about partying in the face of nuclear annihilation. There’s a whiff of apocalypse about 1999, and Prince, fresh out of the theater from Blade Runner, cleverly surrounds his characters with the signifiers of 1980s retro-futurism: computer bleeps, automated voices, synth pads like malignant rain, sampled traffic and crowd noise. Prince could sound cheeseball when he engaged with futuristic themes on any level deeper than an aesthetic veneer, which is why “Something in the Water”, for all its gutting, paranoid desperation, has aged least elegantly of these songs.

It’s hard to imagine any of the songs here taking place in the daytime or in the countryside. The sampled seagulls in the closing moments of “Lady Cab Driver” seem too pure to survive unscathed in Prince’s polluted world. The evocation of “the place where your horses run free” on “Little Red Corvette” brings to mind the unicorn running through Rick Deckard’s mind more than anything else. These brief flashes of life keep 1999 from sounding claustrophobic or suffocating—as does closer “International Lover”, a tale of airline seduction which in its original form serves as definitive proof that proves Prince was in on his joke.

Prince came from jazz, and if there’s an easy way to explain his brilliance, it’s that he was the greatest improviser pop ever saw. That is true both of his unparalleled ability to jam with himself, creating songs in something close to real-time, and the way he imposed subtle variations on the lyrics of his songs that radically shifted their meaning depending on the version. His songs were not so much songs but ideas—loose confederations of sounds and feelings, both of which he easily bent to his will.

Take, for example, three versions of “International Lover”. The original is all peacocking. On the posthumous Piano & a Microphone 1983, he played a pipsqueak meekly asking his crush to the prom; there wasn’t even an airplane in that version, and the silence between “baby” and “I’m free tonight” was excruciating. On the deluxe edition of 1999, we’re treated to a version that sounds almost like a Let It Be ballad. He gets all his oo-hoohs out in the intro and sings it pretty professionally for a guy rhapsodizing about fucking a girl on an airplane.

If any of these versions had been released, our perception of “International Lover” would be profoundly different, and that’s true of all the covers and alternate takes we hear of his songs on the deluxe 1999. “Feel U Up” debuted as the B-side of “Partyman”, a single from the late 1980s goth phase that spawned “Batman”. In that context, it was a playful ode to lust. The version here from seven years earlier is like a perverted prayer. The “Partyman” version glides like a playboy through a party. This one stings like the fifth orgasm in an hour.

The unreleased music here paints the possibility of another 1999, one that makes fewer concessions to dignity and is stripped of any distancing effects like self-conscious suavity and futuristic world-building. His voice on “Irresistible Bitch” sounds parched, desperate for water. On “Do Yourself a Favor”, he struts into action, elated after the end of a bad relationship, before gruesomely transforming into Mr. Hyde—or, to be precise, his dirty-old-man persona Jamie Starr. His joy is what turns him into a monster. A Prince song is never just happy or sad or angry or sexy or sweet. Emotions lead to emotions that lead to brick walls.

Patrons of digital jukeboxes the world over are now able to play “Purple Music”, a 12-and-a-half-minute evocation of the groove as something Satanic that possesses people by force. “Let’s find a serpent to sacrifice,” he commands, not long before a disturbing conversation between himself and what might be his automated home. “It’s time for your morning bath,” prescribes the robot, before an unseen event occurs that’s awful enough to make Prince “not want to play anymore.” Like in a great horror film, the most shocking bits of 1999 are the things you can’t see, the things whose implications you want to shrink away from.

On bootlegs I’ve heard, Prince’s voice and the robot’s are mixed separately, but here they talk with the same effect, on the same stereo track, and we wonder what concessions to the sound quality and other aspects of the music were made to make this music releasable. Certainly, some concessions were for the best, such as the absence of “Extraloveable” or “Lust U Always”. But what’s gained by haphazardly sequencing alternate mixes and edits of the 1999 tracks alongside the unreleased material? The contents seem messily strewn across these five discs. Had the Paisley Park estate had the arrogance to assemble their own bizarro-world 1999, this deluxe edition would be much more entertaining.

The final disc is devoted to a widely-bootlegged November 1982 show from Detroit. It’s no Live at the Apollo. The crowd does not sound particularly like it’s losing its shit, and a version of “How Come U Don’t Call Me Anymore” trades the original’s lupine vocal abstractions for foul-mouthed, resentful crassness. But every song, as is to be expected of Prince, provides enough variation that we might return to it not because it’s better but because it’s different. He never did anything the same way twice.

The sheer pleasure of new Prince music aside, that’s ultimately the biggest takeaway from 1999. The subtle differences between versions of the same song better illuminate the Purple One’s creative process than any behind-the-scenes tape of his studio sessions ever could. 1999 is not so much one of the greatest albums of all time as a curation from an amorphous mass of music that might be one of the greatest achievements in pop. This deluxe edition gives it something approaching a final, formidable form. 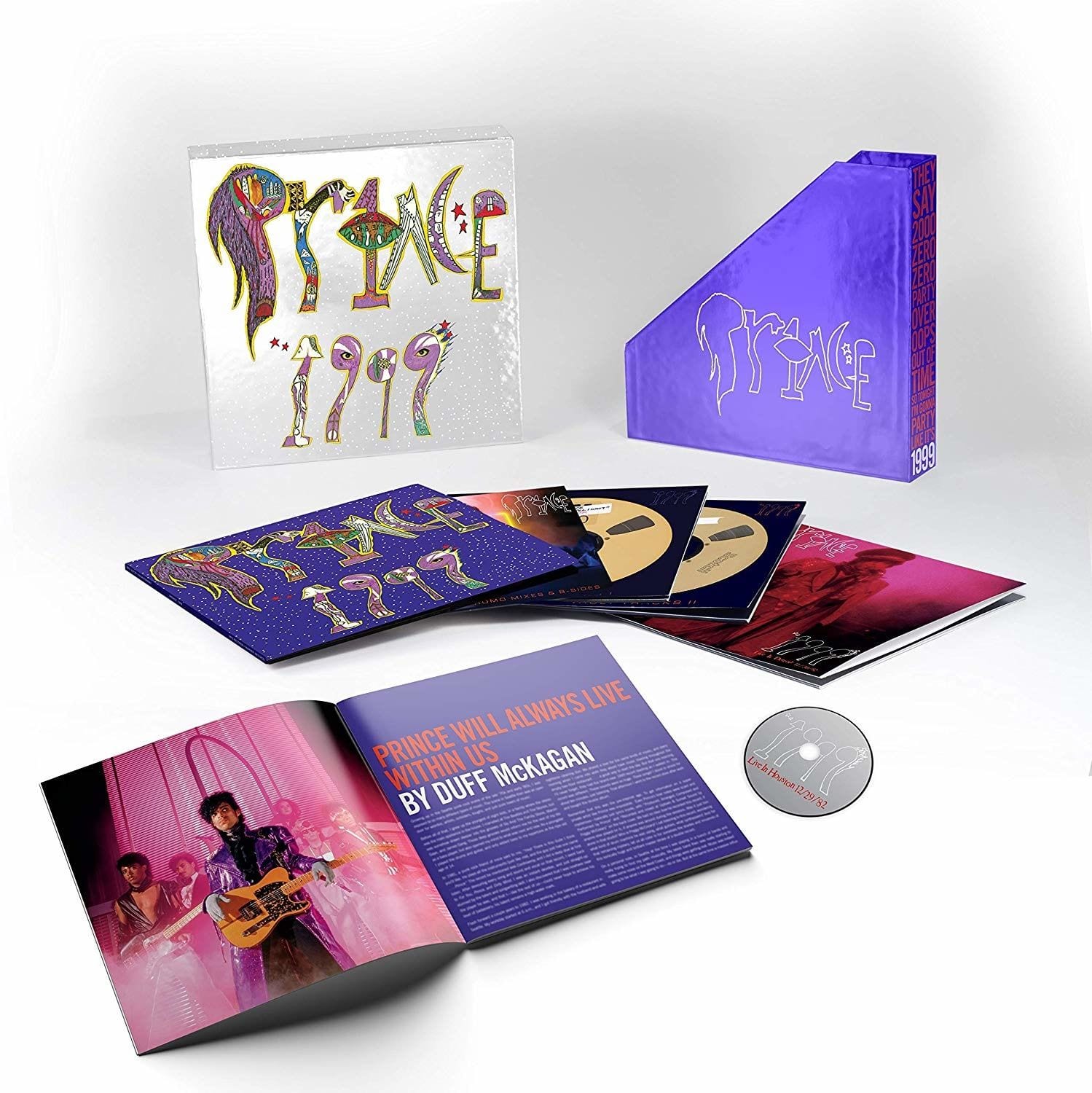