Prospect (2018) centres around teenager Cee (Sophie Thatcher), who finds herself in a struggle for survival when she and her father Damon (Jay Duplass) encounter trouble on a remote alien moon. Contracted to harvest elusive gems hidden in the depths of the moon’s toxic forest, their encounter with others who are also in search of riches has Cee finding herself in a fight for survival. It’s through this struggle that she will come of age as she battles not only these other hunters, but the moon itself.

The indie science-fiction film is the directorial feature debut of Christopher Caldwell and Zeek Earl, developed into a feature from their 2014 short film of the same name. They have also directed In the Pines (2011), which centres on a woman searching for meaning in a forest, and the art heist short, Redemption, Man (2016).

In conversation with PopMatters, Earl and Caldwell reflected on a journey that has taken up much of their adult lives, the ease and difficulty of choice as storytellers, and they ponder if Prospect is really a science-fiction film at all. 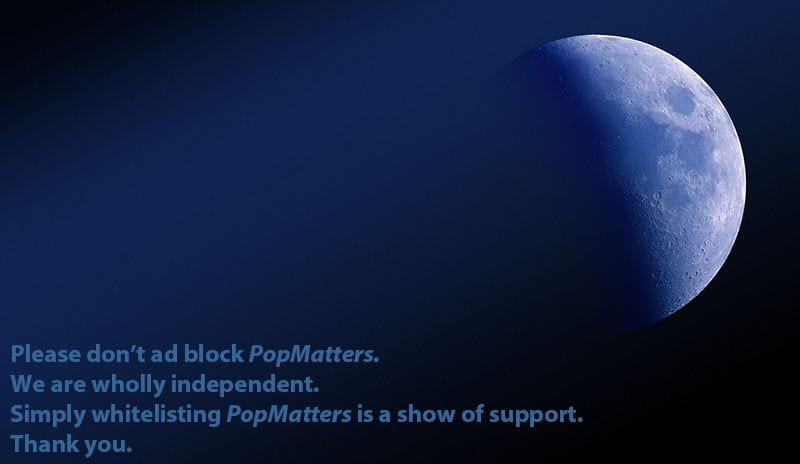 Aside from how your short films In the Pines and Prospect introduced you to the filmmaking process, how beneficial was the Prospect short as a form of proof of concept in helping to secure financing for the feature?

Zeek Earl: Our first short film In The Pines (2011) did pretty well in festivals, and there was some interest in Hollywood. But we had never intended putting it into a feature film, and so when there was interest in doing that, it didn’t feel very genuine to what we originally set out to do.

With Prospect the short film, it was specifically made to eventually get a feature film financed — even the way the ending was written eluded to a larger world and a continuing story. …[I]t immediately got the attention of people in Hollywood, allowing us to start talking to agents, producers and financiers. But it was only the beginning of a very long three year journey to get the film financed. It was very much an uphill struggle because the short film is no proof that you are capable of making a feature. Eventually, you just have to find someone willing to take that risk, and in our case it took several years of financing attempts.

Over that course of time, we continued to make our planet more convincing and we rewrote the script seven times, which benefited a lot from that development period. We also created a massive bible of concept art, working with our friends to make the view of the world more detailed, so that three years later our pitch was incredibly impressive, and we got to make the jump.

Christopher Caldwell: Particularly for Prospect, having a proof of concept short was vital because of how visually specific we wanted this world to be. We needed a way to express that off of the page and like Zeke said, with your first feature film, especially while acquiring financing and producing partners, you’re up against a lot of skepticism due to the lack of experience. It was helpful to have both the script and this proof of concept to show a palette of the look and feel of the world we wanted to create.

In addition to that, it was the beginning of the development of that world starting with the short film. We started working with a lot of the key collaborators that followed us through to the feature. Our amazing production designer Matt Acosta, whom we pulled on to do production design work on the short film, blossomed into one of the most fruitful collaborations for the feature film. 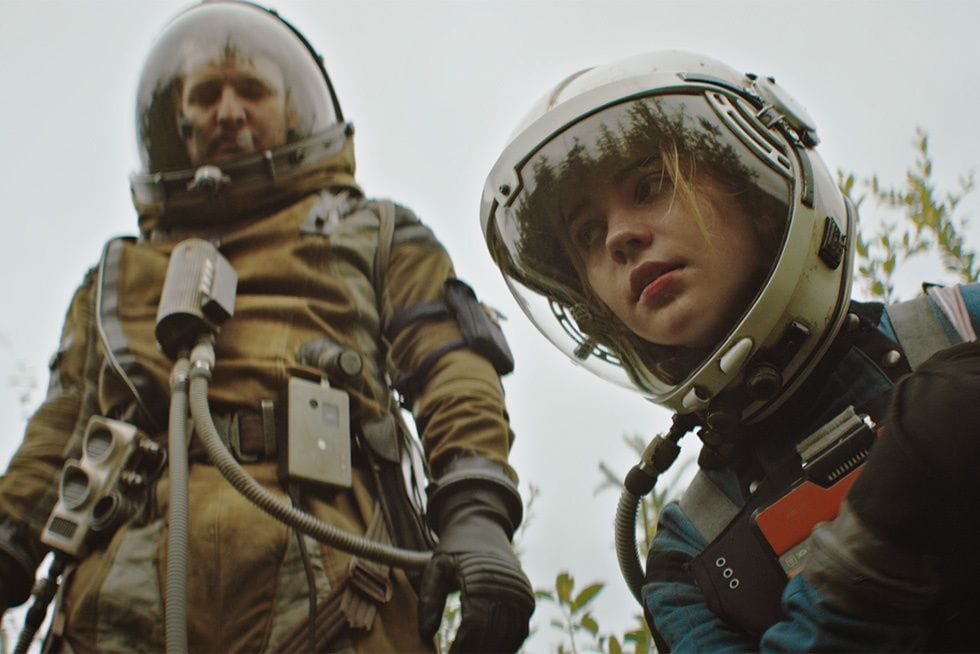 Zeek Earl: … We roughly knew the kind of story and characters we wanted in the film, but for us I think the starting point was to firmly establish the world — the economics, the environment and the confines of civilisation and society. Once you have the environment, then those choices become very natural and motivated. Then you start filling your characters with life and they lead the way.

When I think about the filmmaking process, the choices that are really difficult are in post-production, having to cut scenes. We had a major character in a very expensive spaceship set at the beginning of the film, but the more we proceeded in editing, it became clear that the scene was slowing the film down and was not needed. It meant cutting some of our most impressive stuff visually, but it was the right choice.

Christopher Caldwell: We had a lot of things we wanted to do in terms of how a science-fiction film could handle exposition. When you set a film in a completely original world, where you have to essentially look at the groundwork and establish everything from the beginning, there’s really not a lot that can be taken for granted. That creates a pitfall for science-fiction films that we wanted to evade, which is pedantic, heavy, expository dialogue and explanations. And one of the things we wanted to do with Prospect was to do something that had a richness to the world, that had a very observational perspective.

We wanted to pull a lot of that explanation out of the characters’ mouths and put it into the production design, to make as much of the mechanics and the flavour as self-evident as possible, and to imbue it with a sense of reality that is always the struggle to get with fantastic worlds. Especially in editorial that informed a lot of the choices we made, in terms of how little can we explain while still keeping this film comprehensible and intelligible? How much can it feel like we are a fly on the wall in another reality? So that became another guiding principle for how we meted out the story. 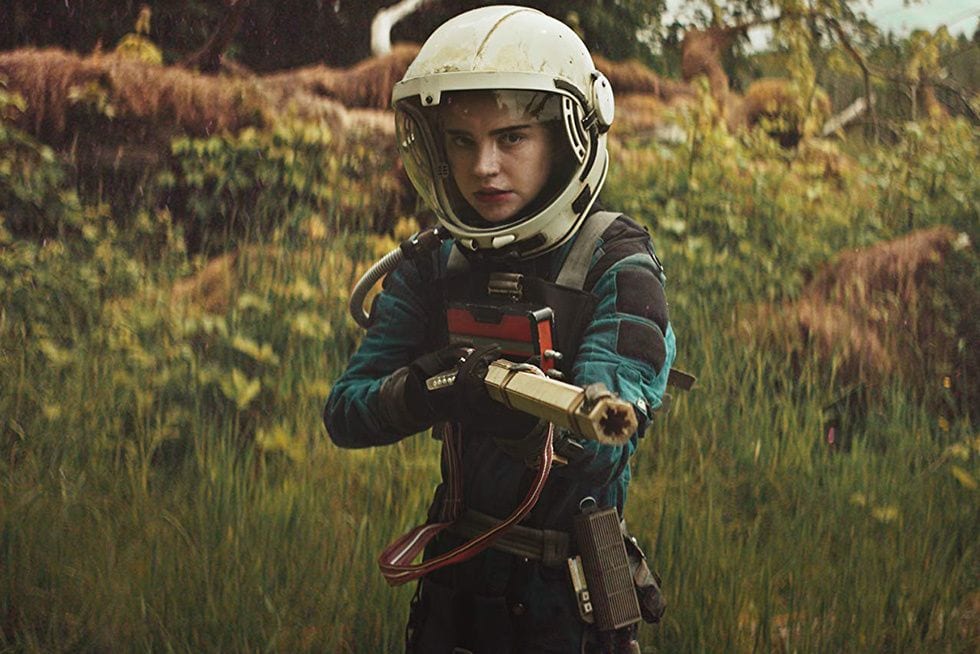 While science-fiction is often seen as a genre dealing with big ideas, in essence they’re often about universal ideas and themes that we are regularly engaging with. Therefore, the genre is not straying too far from us even if we do perceive a distance.

Zeek Earl: … our angle into science-fiction was perhaps a bit unique in the sense that it’s debatable, depending on how you define science-fiction, whether you would even call Prospect a science-fiction film. There’s a lot of western influences that came out of the locations we wanted to shoot in, and telling a story that’s set on the frontier and in the wilderness. We’re not using science-fiction to express some futuristic concept or big technological gimmick – we wanted to create a very rich backdrop to tell a relatively intimate character story.

At its heart, Prospect is a coming of age story for this teenage girl in this survival situation. We’re use to the big touchstones like Star Wars, where it’s about fighting over the state of the universe. One of the things we wanted to intentionally do was to explore relative “nobodys” in a universe that would as big as say Star Wars, and just focus on these smaller, personal and individual character moments.

Picking up on your point that Prospect is a coming of age film, which is all about transformation, filmmaker Christoph Behl remarked to me: “You are evolving, and after the film, you are not the same person as you were before.” Do you think there is a transformative aspect to the creative process?

Zeek Earl: It’s almost hard to distill because we’ve been working on this project the majority of our adult lives – from the short film to the feature film, probably six or seven years. And I absolutely think it has informed and shaped us because it has been our film school. Neither of us went to film school, we both learned the craft through the process of this project, and we came in with all sorts of crazy ideas — some of them worked and a lot of them didn’t. I feel like my perspective on cinema has distilled, and it has definitely been a process of figuring out what is important to me, and what I want us to do next.

Christopher Caldwell: … We’re up in Seattle, Washington, and the film industry is pretty small, so we’re relatively untethered from the hubs of the industry. One of the side effects of that is we didn’t have conventional wisdom to tell us not to do certain things, and very quickly, once we got into production we didn’t realise how wildly ambitious some of the things we were trying to do were, especially at our budget level. A lot of that could be attributed to ignorance, but at the end of the day I’m very glad that we took the bigger swing and if anything, it’s definitely a calibration process. You gain wisdom and you learn how to be more effective, but there’s a spirit to that overreaching that I think we still want to ride out in our next projects.