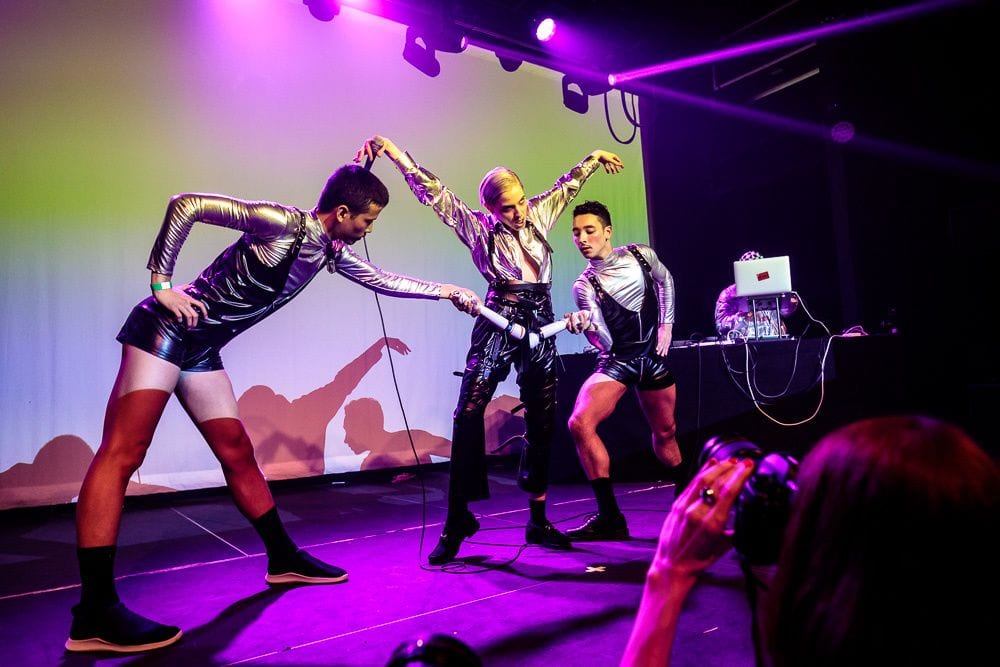 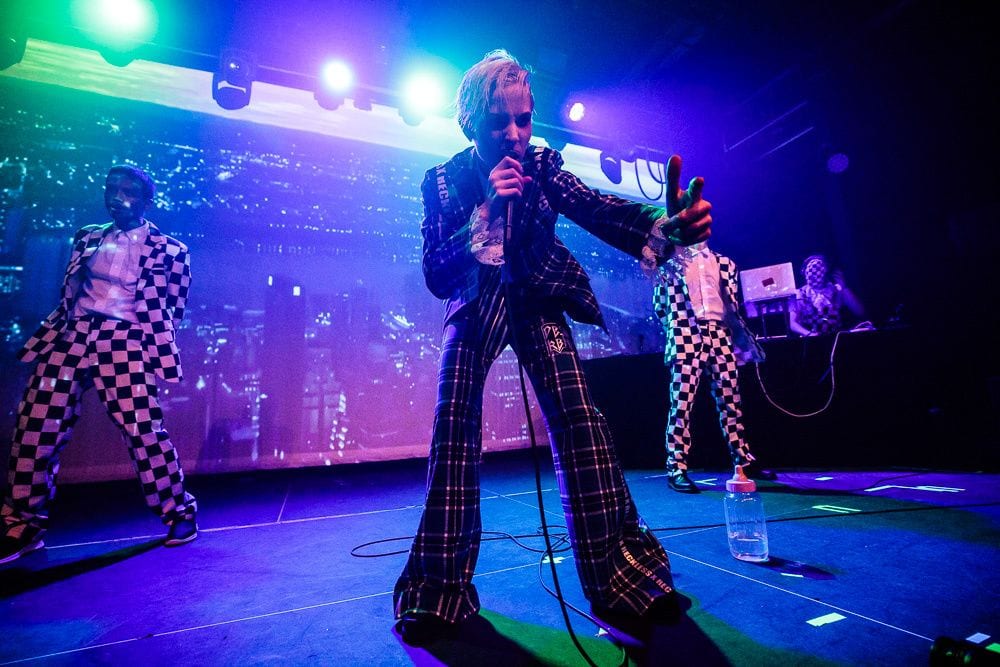 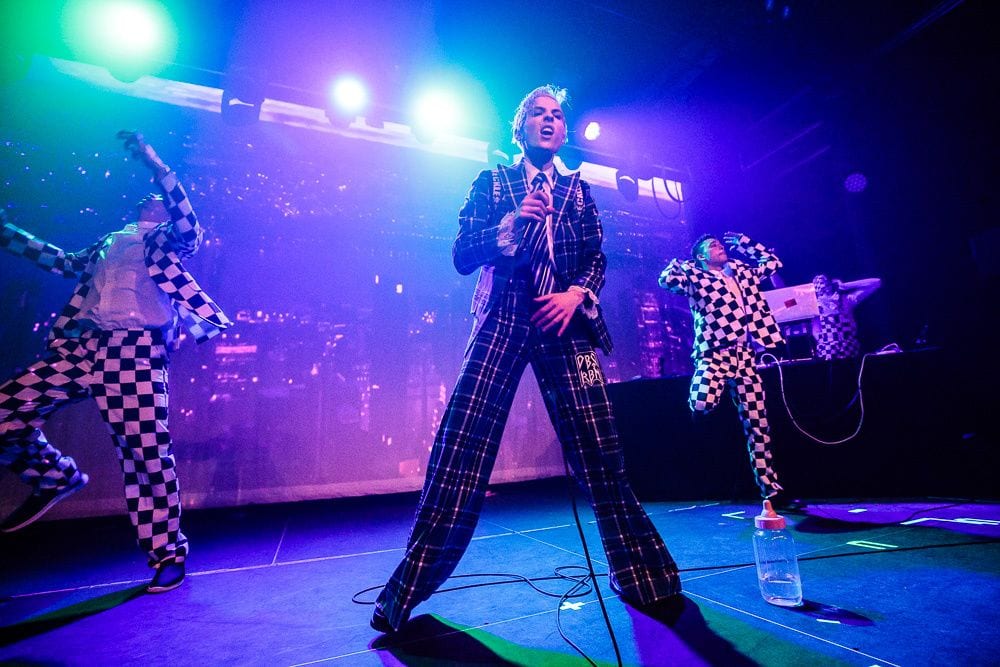 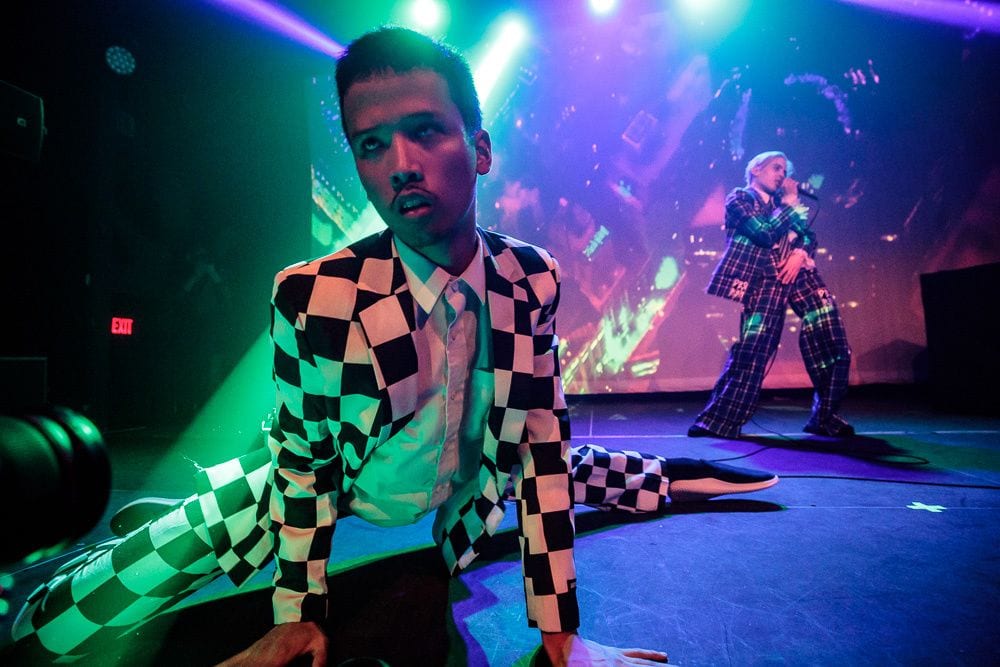 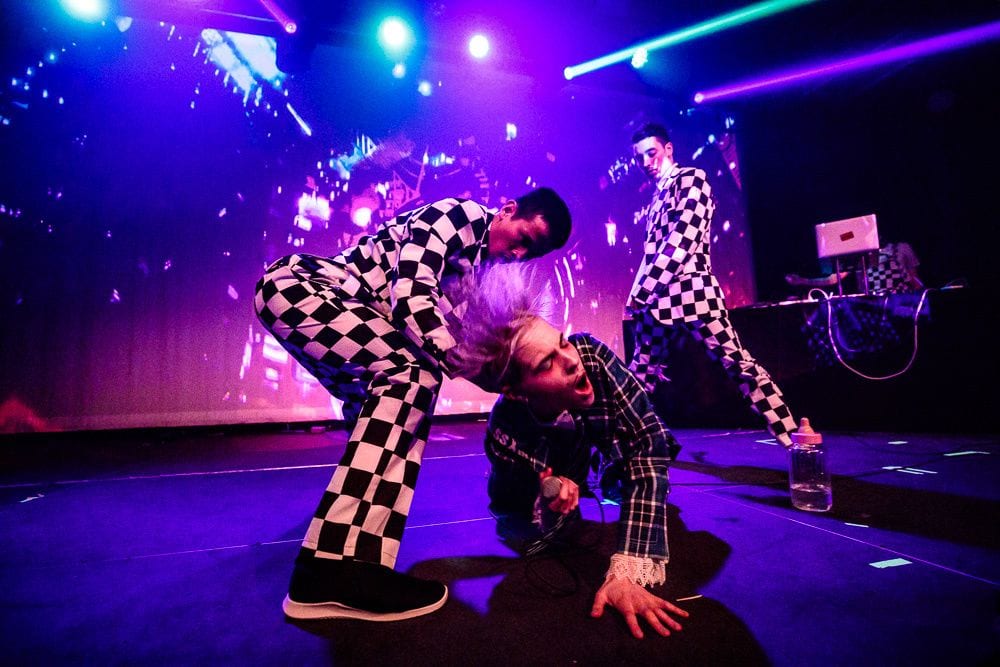 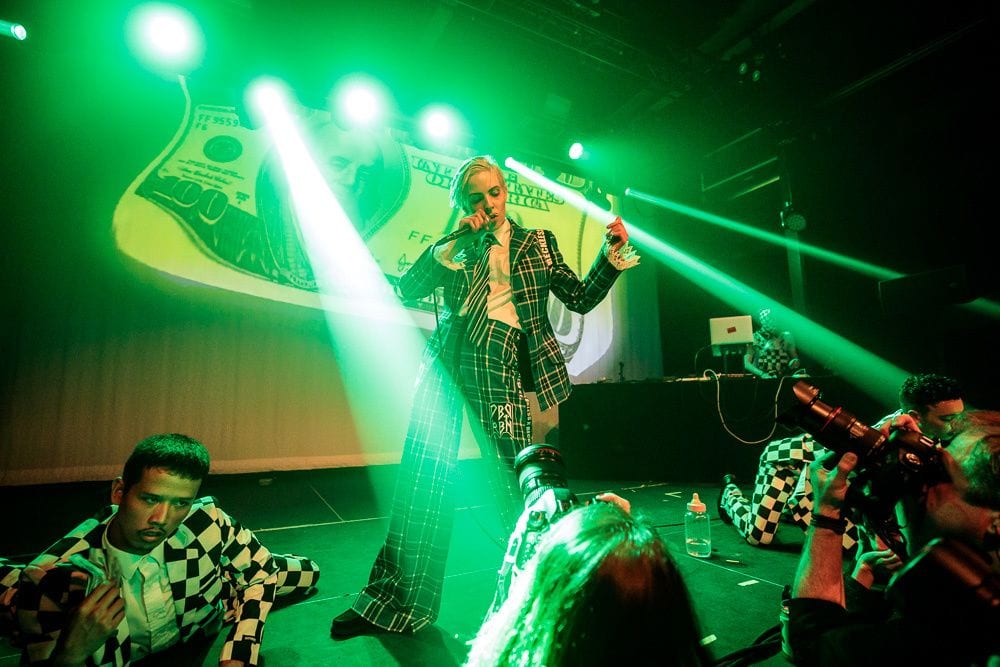 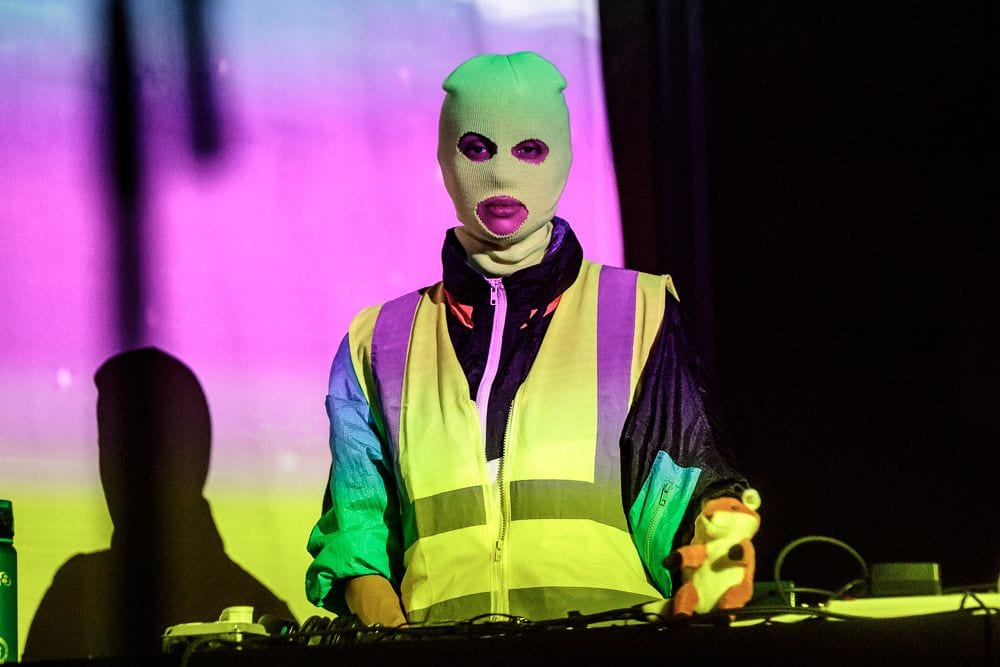 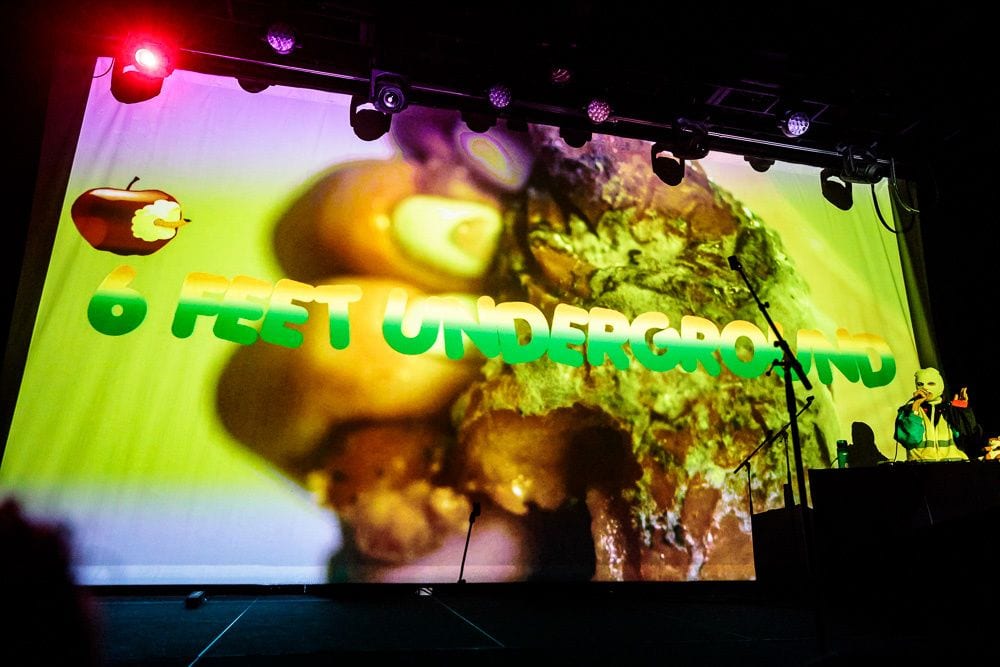 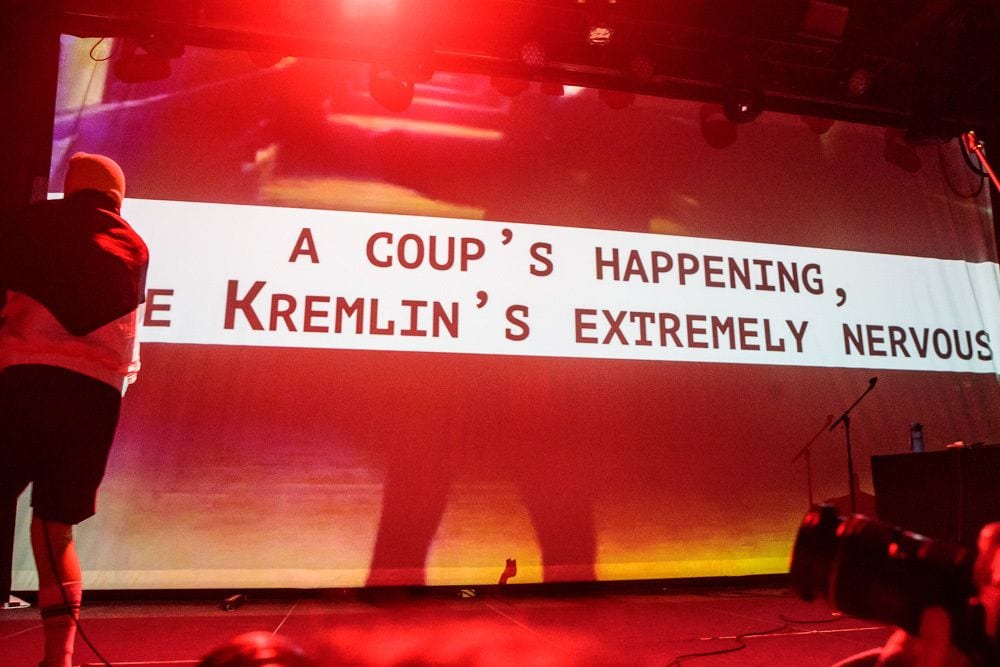 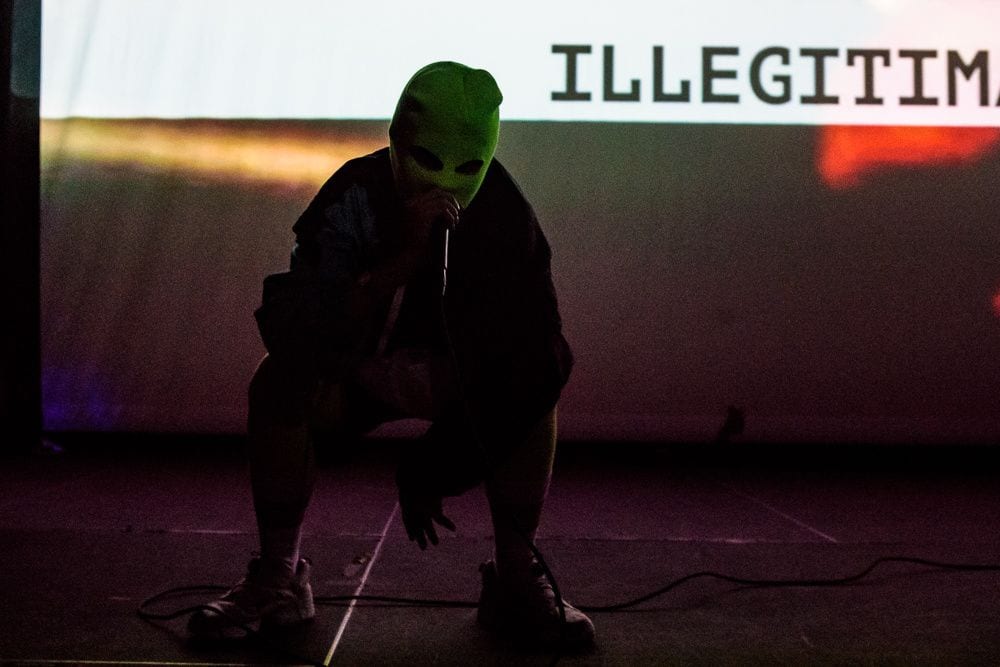 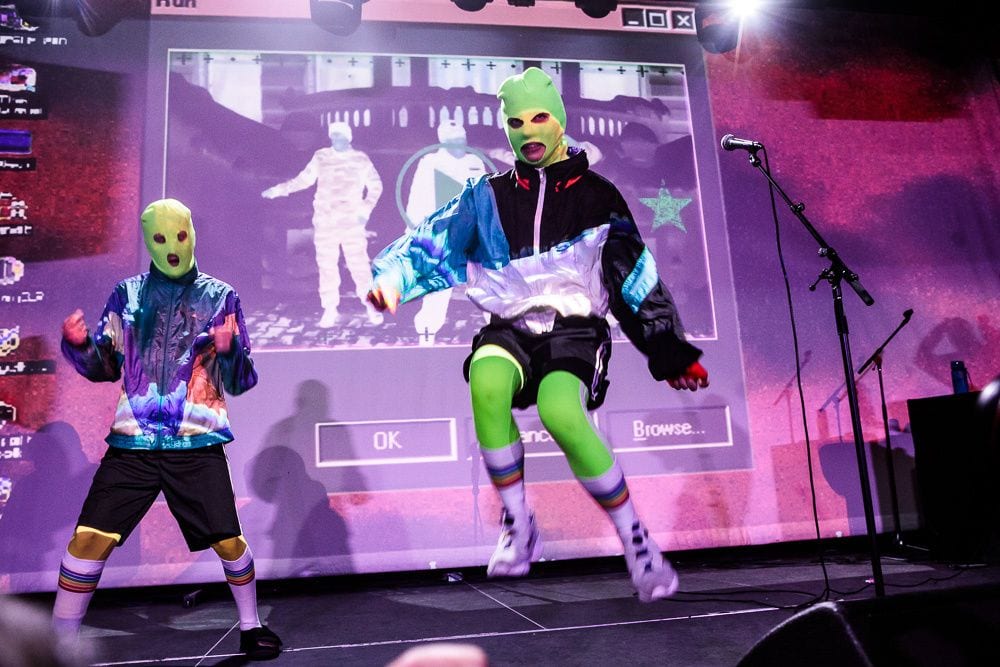 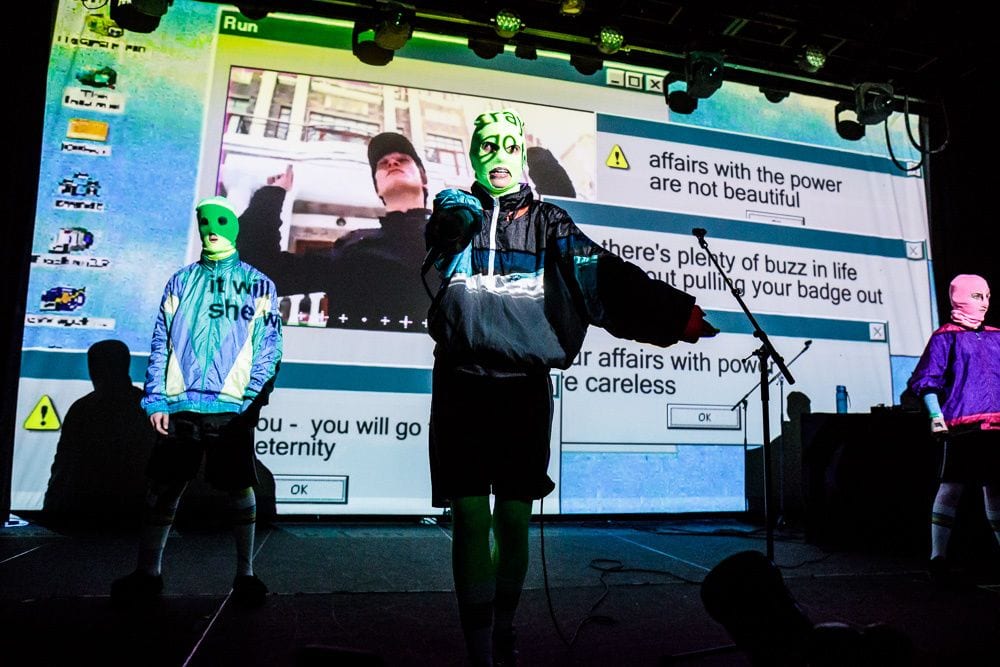 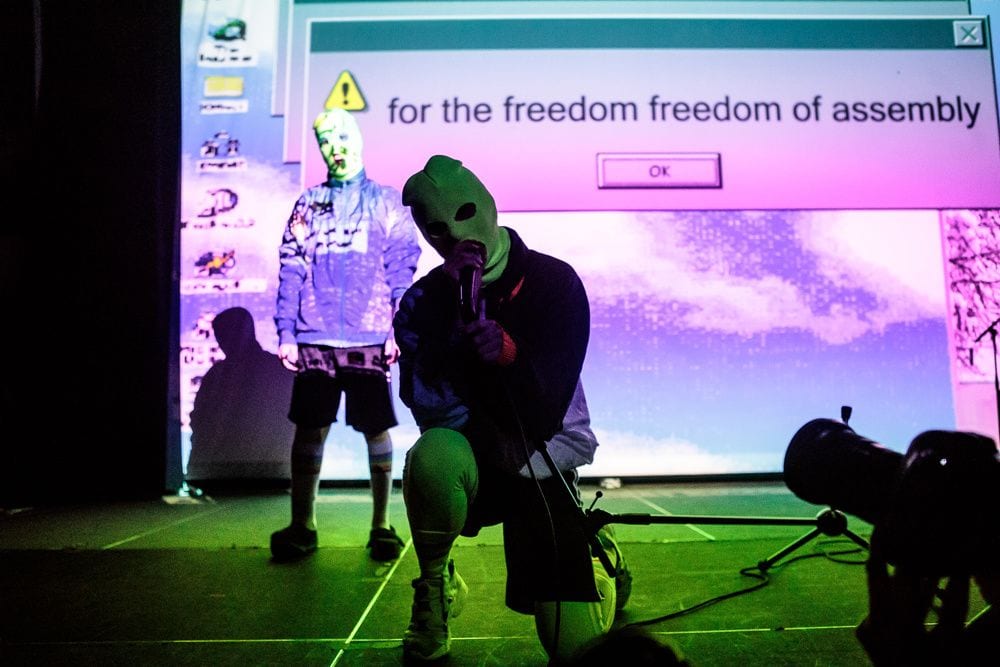 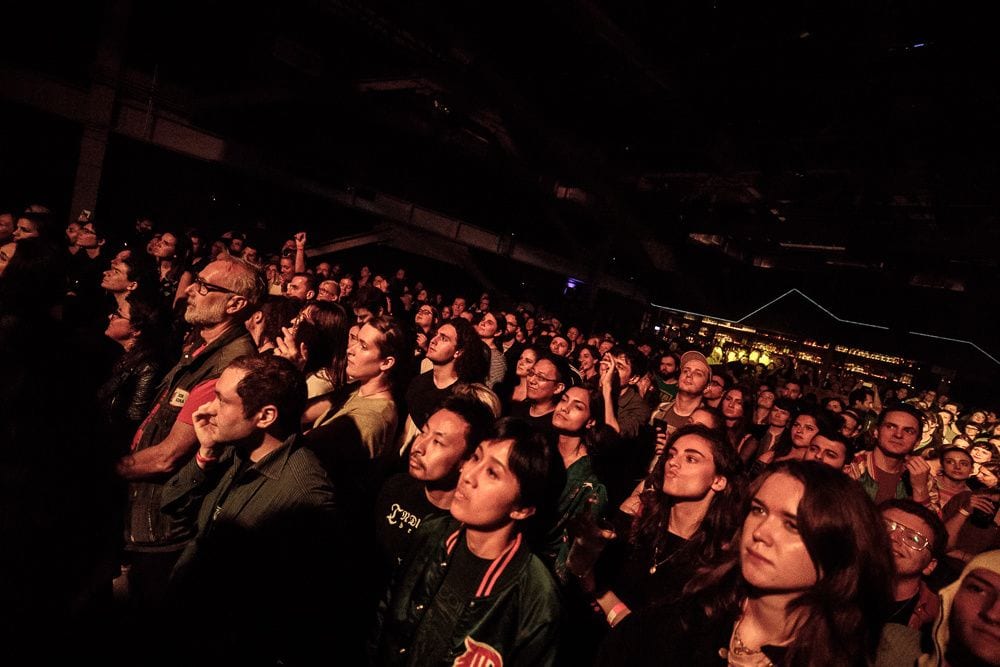 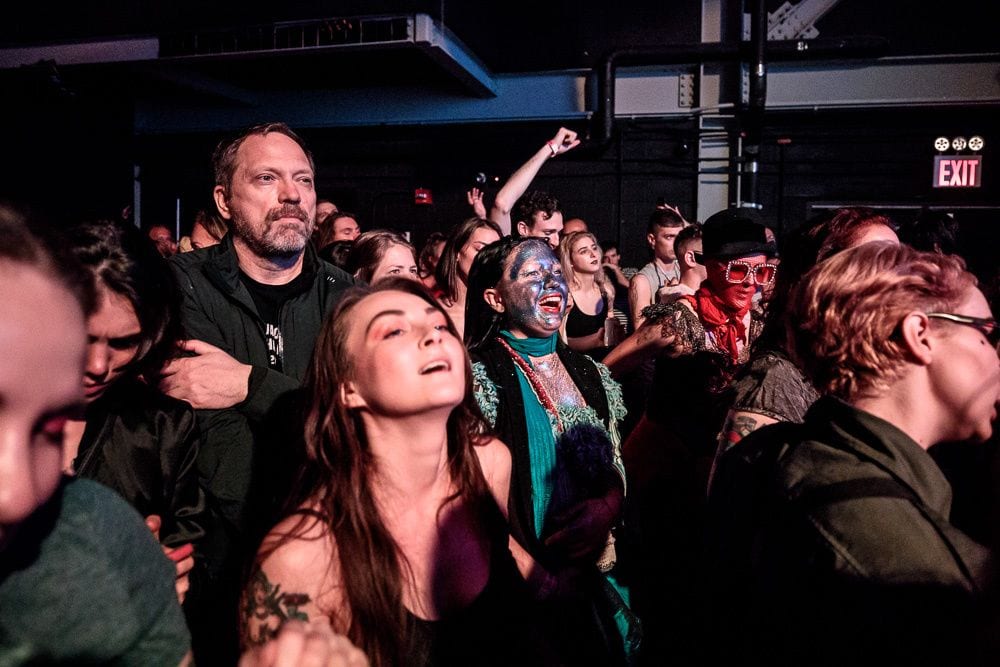 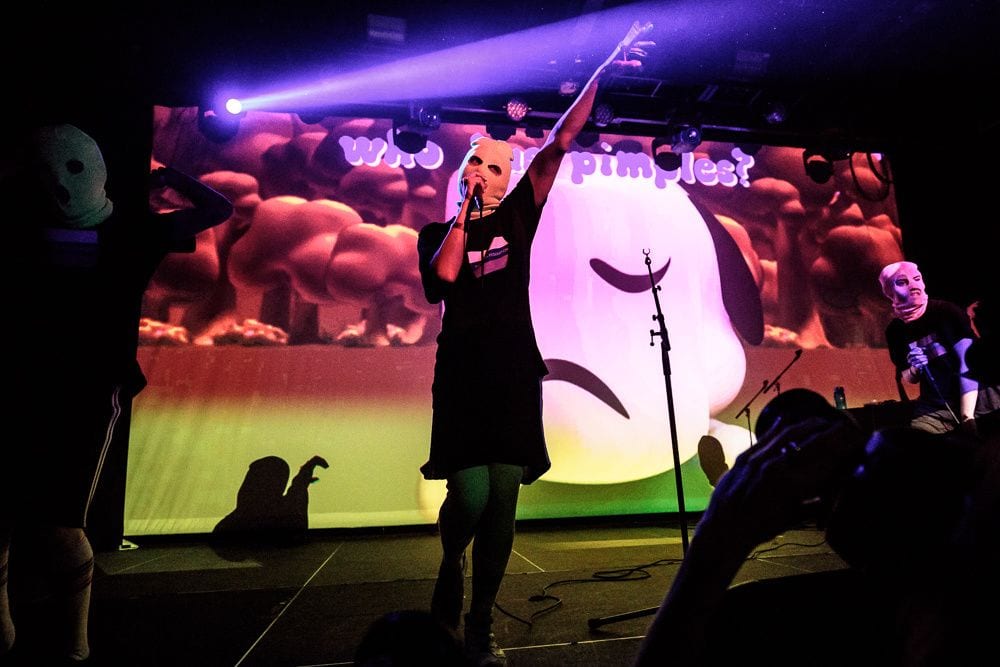 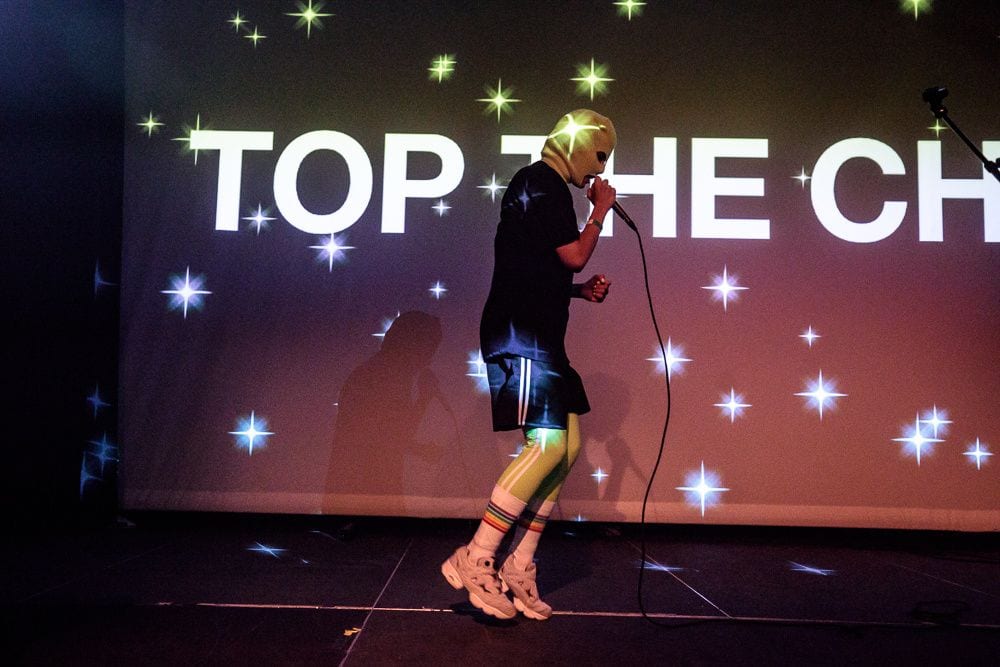 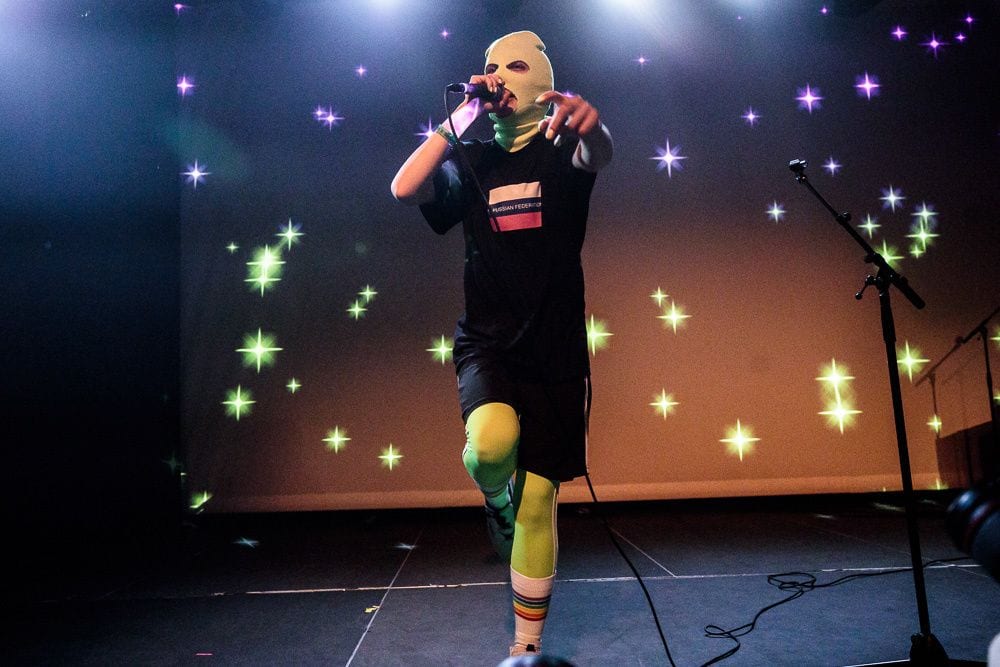 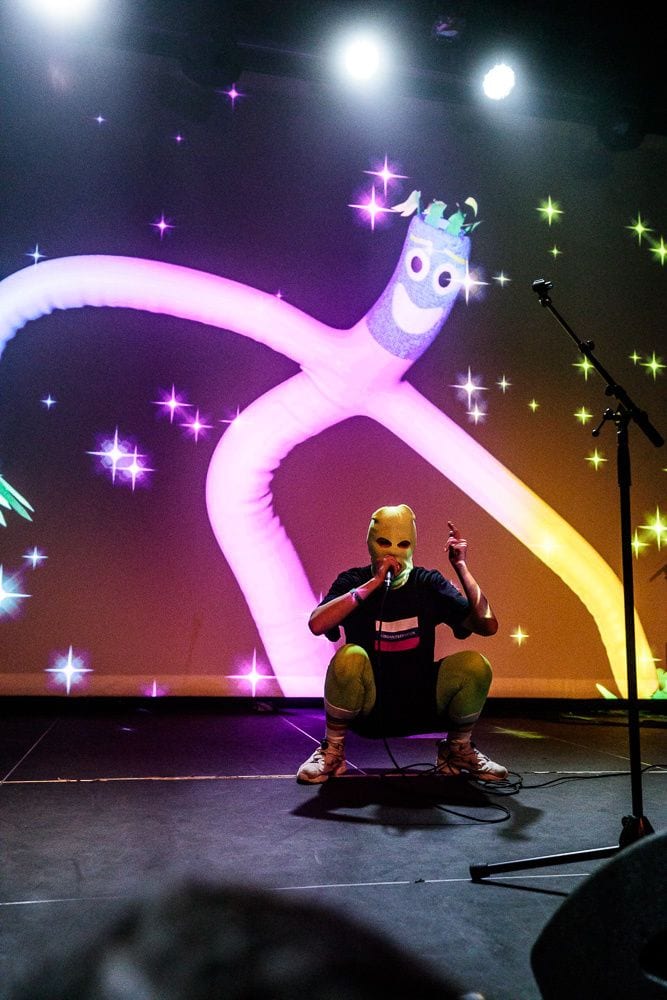 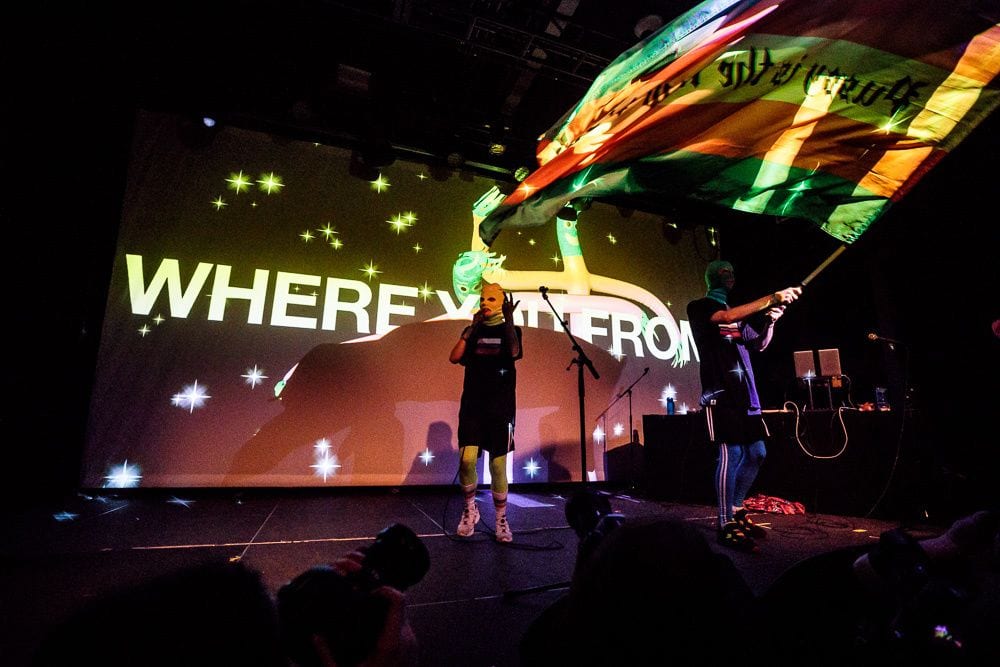 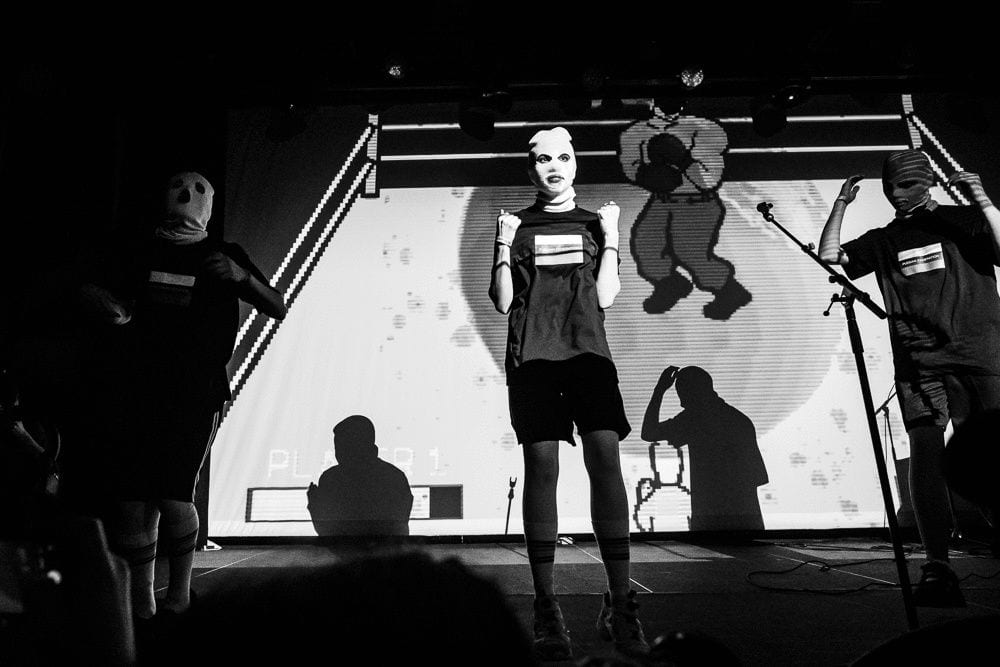 Clad in ski masks, Russian punk group Pussy Riot put on a live performance designed to instill a sense of activism in the audience. That’s not to say there wasn’t a dance element (or choreographed dancing on stage) to group’s tunes. But the protest group/feminist collective is intent on making their audience think via catchy songs and political statements. As one might guess, they are anti-Putin, and anti-Trump and the two world leaders were called out frequently during the set.

At the Elsewhere show in Brooklyn, primary Pussy Riot band member Nadya Tolokonnikova led the audience through a set with a very liberal agenda, and that included the debut of a song about pimples. One political standout was “Bad Apples” with lyrics that suggested the best place to find some politicians was underground. A strong feminist message was made in “Straight Outta Vagina” with its chorus of, “don’t play stupid, don’t play dumb, vagina’s where you’re really from”, as a man appeared on stage waving a giant flag to hammer home the point.

Dorian Electra, who I had seen at the same space a few months before with Charli XCX, opened for Pussy Riot as well as participated in the show as a masked backup dancer. Electra played against typical gender norms and performed songs about the clitoris (“Clitopia”), received stimulation from Hitachi Magic Wands from two backup dancers during a song and submitted to a flogging from one of the dancers during “Career Boy”.

Tolokonnikova participated in an New York Times “TimesTalk” earlier in the week with performance artist Marina Abramovic. Video from the conversation is below as well as photos from the performance. The group’s next two US shows will be at Boston Calling Festival Memorial Day weekend and Hangout Festival.