Like Run River North and the National Parks, Atlanta’s Quiet Hounds have come a long way from their raw folk-rock roots. They’ve since slickened up their production, slinking effortlessly into a pop sound. Textured and astute, the quartet captivates with synth-driven, cinematic rhythms and hypnotic counter-melodies. The full result of the dreamy pop sound that they’ve been developing is coming in the form of Everything Else Is Noise, their new LP due on 11 October.

“River Delta” is Quiet Hounds’ latest cut from Everything Else Is Noise. The song comes alive with its mesmerizing melodic structure. While separate, cascading elements of production serve as their partners’ antithesis, each comes together to play into forming a cohesive, enthralling whole. Lead singer and principal songwriter Eric Toledo’s studied and passionate vocal delivery is the glue that keeps all of the song’s moving parts balanced. 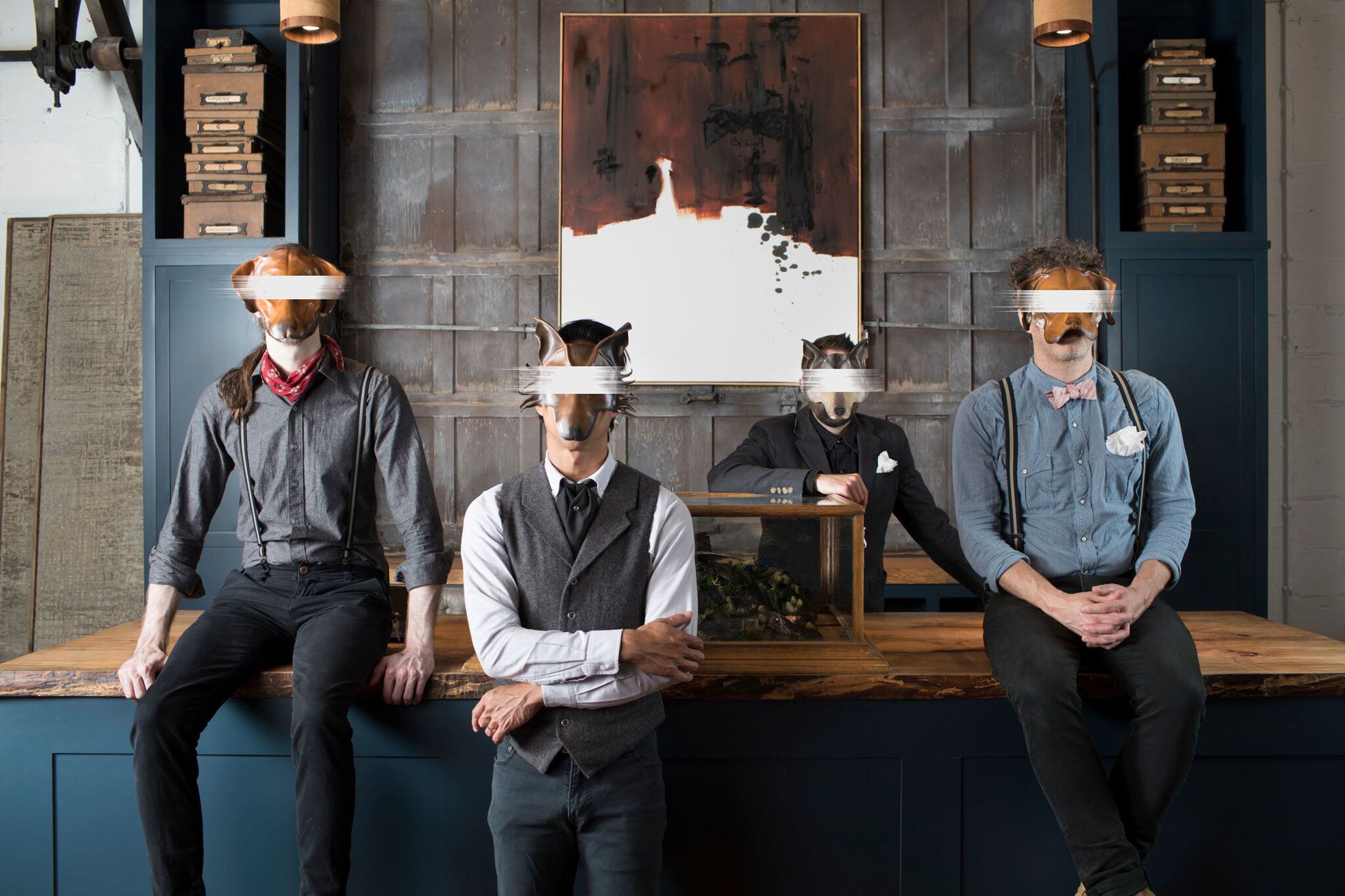 Toledo tells PopMatters, “This is a story about two meandering paths; the growing distance that separates two individuals. It could be interpreted as a story about a dysfunctional relationship, but for me, it’s about our relationship as humans with design. These means of survival that all came from an honest place initially have become kind of an ugly thing over time. The tools and technology we use today are over-engineered, and the environments that we interact in are full of manipulative bullshit. It all makes sense from a business perspective free of morals. But what once was an honest, pure endeavor has become this awful thing. And we reckon with it daily.

“I find it fascinating that in our interconnected world, we are growing ever more inadequate in our ability to connect with each other. I see it in our dysfunctional relationship we have with our devices to the detriment of our relationships with other people. All this research on declines in physical and emotional intimacy, social stunting, and a rise in clinical depression makes me sick.”

He continues, “I like to think I’m a hopeless romantic at heart. I suppose old school. I didn’t have to contend with all this distraction growing up. ‘River Delta’ takes me back to what it felt like to be immersed in that old fashioned kind of intimacy… that summer camp kind of romance, barefoot, riverside in the rain kind of thing.

“Sonically, the guys were playing around with this handheld drum machine and created this killer cinematic loop. On top of that, we stubbed in an old chord progression stolen from one of our first EPs for kicks. Bonus points to anyone who figures it out. I don’t know that we ever intended for it to be a real song. But Deke took it to another level with the Paul Simon-esque guitar runs weaving in and out of the song’s rigid structure.

“Last spring, I was about to board a plane to Hong Kong and knew I’d be sitting on my ass for 13-plus hours straight. I remember taking what the guys sent me and loading it up on my laptop. Dropped a few melodies on the track in a quick 20-minute session in our hall bathroom just ahead of my flight. I spent a good portion of that flight playing around with textures and arrangements that would turn into the soundtrack of that trip. First few stabs at the vocal arrangement, and I knew there was something magical in there.”