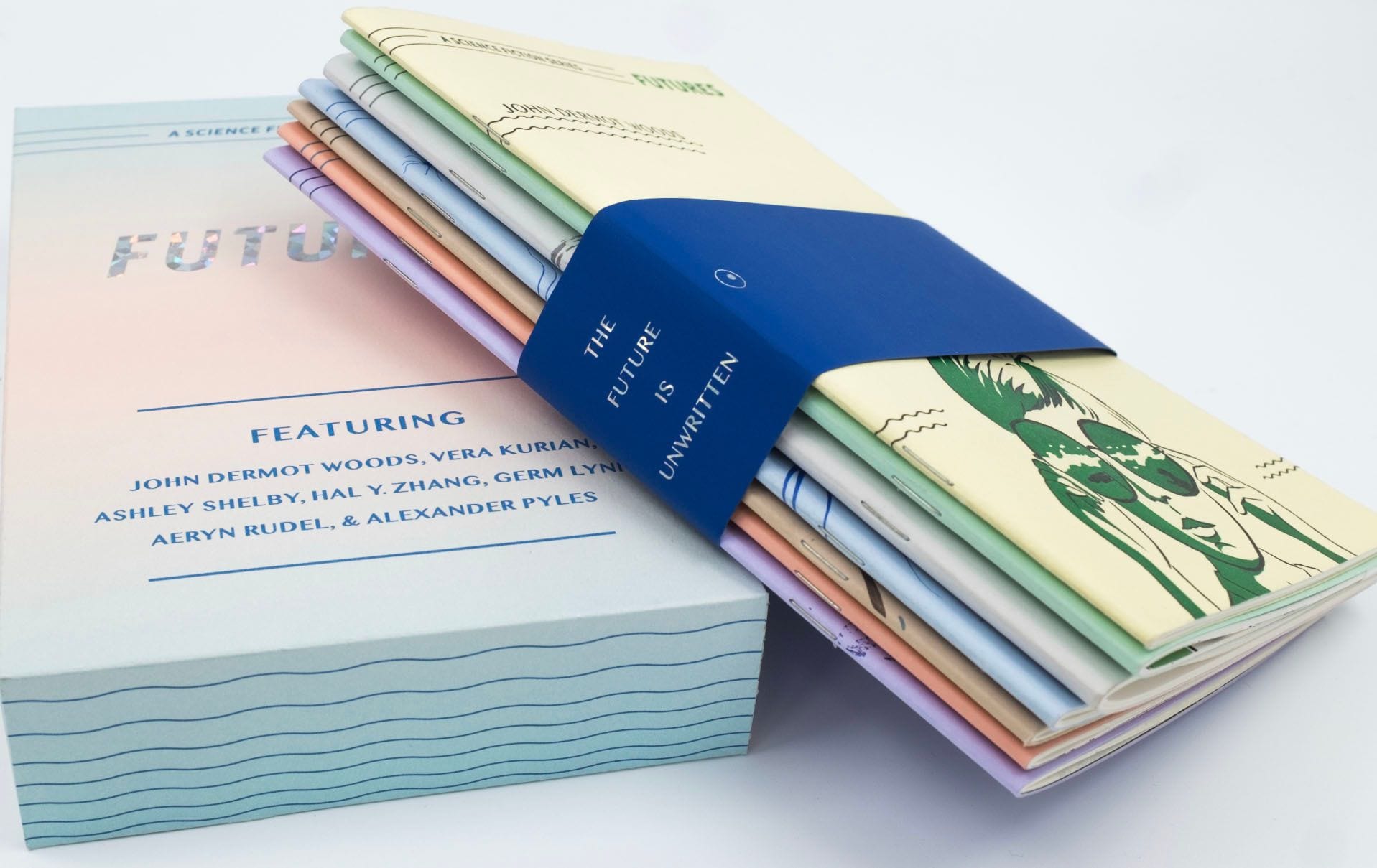 I’ve been a Kindle user for years. My apartment remains bursting with bookshelves packed with the real deal, of course, and I still buy books regularly, whether tattered thrift shop pick-ups or pristine releases. Yet I find myself seduced by the convenience of e-books. I can get them with a click; they don’t squeeze me out of my living space; they don’t get lost, damaged, or crusted in dust; and I can tote dozens—hundreds, thousands!—whenever I travel. I can read in bed at night thanks to a built-in backlight that doesn’t disturb my sleeping spouse the way that a reading lamp would, and the ease of holding a tablet without turning pages means I can slouch in bed in the only reading position that’s truly comfortable.

For all these inducements to read electronically, however, there is something supremely unsatisfying about the experience. I don’t remember the e-books I read very well. I can’t recall lines, characters, or scenes. Nor can I recall my situation of reading—the place I was sitting, the music that was playing, my state of mind, the time of day. Authors, texts, and voices blur together—one unbroken flood of font-controlled E-ink blinkering through a glowing Etch-a-sketch. Books lose their smell and feel, the singular set of associations that meld my contingent encounter with the enduring object.

I also lose the trophy-case aspect: the ability to look around my shelves and instantly revisit the pleasure, challenge, and achievement represented by titles. I like being surrounded—accompanied—by the physical books that have occupied my hours. I sporadically use Goodreads.com because I thought it might replicate some of this latter enjoyment. But no. Instead, I’m irritated by the five-star rating system.

It’s with these e-reading deficiencies in mind that I found myself completely enraptured by returning to papery wonder through the arresting pages of Futures: A Science Fiction Series. Produced by Radix Media, a Brooklyn-based, worked-owned and operated printer and independent publisher. Futures was originally a series of seven short stories available by individual title or subscription. The whole series is now collected in this beautiful box-set, arranged in order of original publication.

Each of the seven stories is by a different author, and each is housed in a separate 5×8 chapbook that boasts a striking pastel-colored letterpress-produced cover. Varying from around 20- to 40-pages, the seven individual book objects are bewitching: richly conceived and carefully executed by a number of folks inside and outside the Radix team, as lead designer Sarah Lopez explains. The front covers range in style and illustration, signaling the wide array of stories contained therein. But there’s also a subtle unity to the collection that, captured in the spirit of the stories themselves, is emblazoned by the “Futures” header that nestles above each title.

In the press release, Radix explains that the entries in Futures are dedicated to exploring “critical contemporary issues in an imagined future.” The fact that these speculative explorations are housed in a retro-aesthetic set of chapbooks produced by a conspicuously antiquated printing technique is utterly delightful. The forces of the future may indeed trend along with the technological advances that brought about the e-reading devices that tempt yet always disappoint me, but as each of the stories in Futures demonstrates, any such future is bound to include humans in some capacity. This means that we would do well to face forward while holding on to what is arguably one of the most human experiences of all—that of immersing oneself in an encounter with the printed word.

If I’ve so far focused on format instead of content, this is not a reflection of the quality of stories or authors involved. Radix has simply made it pleasantly impossible to separate the narratives from the experience of reading them. Consider the last story, “Milo 01001101 01101001 01101100 01101111”, by Alexander Pyles. One can’t contemplate the story’s possibility of replacing failing human flesh with a robot body without also pausing to marvel at the precise lines of illustration throughout that are so clearly guided by human hands, fallible though they may occasionally be.

Similarly, I can’t discern whether my favorite offering of the bunch, “Guava Summer”, is my favorite because of author Vera Kurian‘s lucid prose, wry intelligence, and potent but understated energy, or whether it’s my favorite because I was blessed to read it in one glorious sitting on my sun-swept porch while listening to the perfect accompanying music. (SAULT’s 55.) Each of the other five stories is equally suffused in the details of my encounter, awash in lasting intimacies that tether me to author, narrative, and object.

Still, more should be said about the substance of the stories, if only to convince you to pursue your own encounter with the chapbook set. The collection ranges from campus literature to sci-fi to dystopic allegory to detective fiction to more personal meditations on identity, embodiment, and kinship. Though authors go their own way along these routes, a few patterns emerge. There’s a buzzing concern with surveillance, for instance. Climate change catastrophe is treated explicitly in John Dermot Woods‘s “Always Blue” and Ashley Shelby‘s “Muri”, but the dread of environmental collapse arguably hovers at the margins of several other stories, as well. Illness, both mental and physical, recurs.

Most curious of all patterns, perhaps, is that three stories deal extensively with robots, but in all three, the robot is an artificial person modeled on an absent but actual and pre-existing person, whether a deceased sister, murdered girlfriend, or terminally-ill character. There’s something poignant about this coincidence that the only authors deal with artificial intelligence by reckoning the robot as a replacement not for humanity, per se, but for specifically realized personalities and relationships. The result in each case is a compelling examination of how technology intertwines with mundane matters of connection and love.

“What You Call”, by Germ Lynn, for example, is emotionally resonant while beckoning us into a familial scenario that can only exist via the imaginative reaches of science fiction. Meanwhile, in a similar vein but eschewing robots, “Hard Mother, Spider Mother, Soft Mother” by Hal Y. Zhang is perhaps the most personal and also the least overtly speculative of the stories. This is a “future” not so unlike our own—one where the mysteries of motherhood conjure the most immediate horizon of estrangement.

If some stories dwell more in the ambiguities of personhood and belonging, others are more focused on a single larger issue or problem. Aeryn Rudel‘s “A Point of Honor” is a forcefully direct examination of internet culture and public cowardice that toes a marvelous line between satire and thriller. Woods’s “Always Blue” is genius in exploring macro-issues of societal stability through the petty prism of interpersonal squabbles and creature comforts.

Shelby’s “Muri”, meanwhile, is perhaps the most complex story (and also the longest) even as climate change is manifestly the central concern. Much of the complexity here stems from the story’s intricate re-working of Melville’s masterpiece. Benito Cereno. What was for Melville a South America-set tale of revolution and slavery at the root of the new world of America becomes, in Shelby’s able hands, an arctic tale about extinction and species in the melting ruin of the Anthropocene. There’s much to ponder about Shelby’s strategic alterations, large and small, that make “Muri” a haunting addition to the mix. Yet the story also speaks with a cutting honesty fitting for all the stories. As one wise character, Shelby’s avatar for Melville’s slave mutineer Babo, puts it: “What is considered madness by men is oftentimes nothing more than comprehension.”

Deservedly, four of the stories from Futures have been nominated for the 2019 Pushcart Prize. But it would be a mistake to read only these four stories in isolation from the other three. Read and dwell with each chapbook. Let each story makes its world an enduring part of your own. Encounter the future with this artistic achievement of the present.