Hulu’s latest offering, Ramy, at first seems like any other half-hour millennial dramedy that has become popular on cable and streaming networks (e.g., Girls, Atlanta, Master of None). Ramy Hassan is a disaffected 20-something trying to find his place in the world while he is unemployed, lives with his parents, bickers with his sister, and goes on awkward dates. Much of the comedic relief comes from his dating life and the pressure his parents and friends place on him to find a woman, lest he end up alone forever, as his mother, Maysa (Hiam Abbass), cautions him on the first scene on the first episode, “Between the Toes”.

Ramy, however, is unlike the average dramedy out there and has rightly been hailed by critics as “revolutionary” for two main reasons. First, Ramy is set in a middle-class suburb of New Jersey and paints a nuanced portrait of a Muslim Egyptian-American family. Second, faith is central to the plot. While the characters of Aziz Ansari in Master of None and Kumail Nanjiani in Michael Showalter’s The Big Sick (2017) seek to distance themselves from their parents’ traditions and religion, Ramy embraces Islam. As he explains to one of his cousins, “I feel like the problem’s really that I just don’t know what kind of Muslim I am,” which works as the thesis statement of the series. Ramy prays and goes to the local mosque on a regular basis, he abstains from alcohol and drug consumption, but he also engages in premarital sex and watches porn – the latter choices often cause him to spiral into an existentialist crisis as he tries to figure out who he is, what he wants, and who we wants to become.

Ramy is a semi-autobiographical series based on the life of actor and stand-up comedian Ramy Youssef, who was raised in Rutherford, New Jersey and moved to Los Angeles at age 20 after dropping out of Rutgers University to try his luck in the entertainment industry. Ramy feels refreshing for having complex and fully developed Muslim characters that serve to counter the copious negative stereotypes present in America’s contemporary popular culture – from television shows 24 to Homeland to Clint Eastwood’s film, American Sniper (2014) – where to be or even to “look” Arab=Muslim=Terrorist. 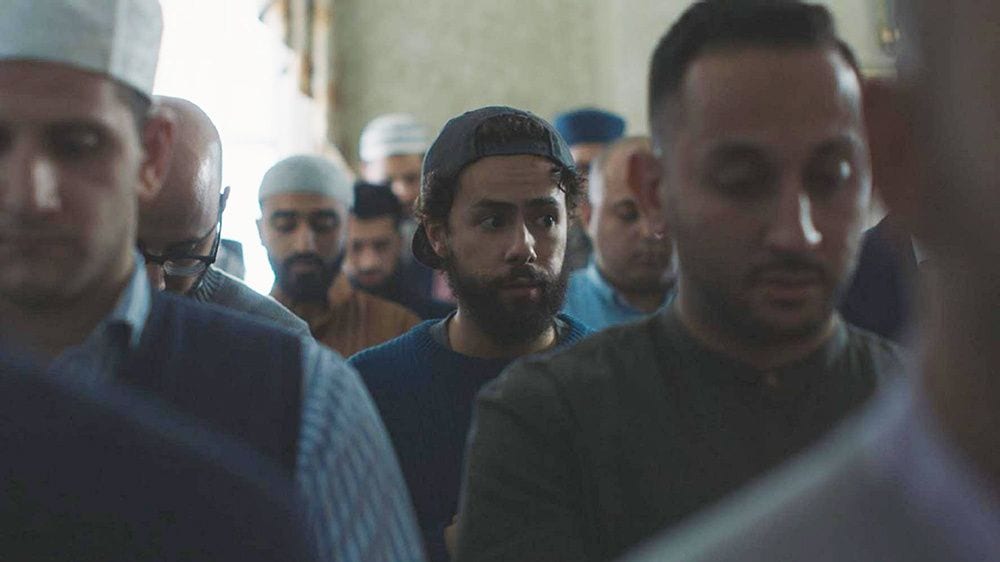 Ramy dreams that night that he is sitting at his kitchen table eating strawberries with Osama Bin Laden, who tells him: “You don’t belong here. You can hear it in your name,” reflecting the anxiety Ramy feels over what it means to be Muslim in a post-9/11 America and his struggle to fit in.

Much like FX’s Atlanta, Ramy dedicates some of its episodes to fleshing out the lives and personalities of some of its supporting characters. For example, episode six, “Refugees”, is about Ramy’s sister, Dena (May Calamawy), and the sexist double standards she has to endure from her parents and under a patriarchal capitalist system. Episode seven, “Ne Me Quite Pas”, offers a poignant portrait of Maysa and her struggle to establish a life outside her role of mother and wife. The last two episodes, “Dude, Where’s My Country?” and “Cairo Cowboy”, highlight Ramy’s family in Egypt. Like any first-generation immigrant, Ramy mythologizes his parents’ native country and has the misguided belief that seeing the “real Egypt”, only eating “authentic shit” and being “surrounded by Muslims” will help him figure out the type of Muslim he wants to be. One of his cousins shuts his optimism down, however, but assures him, “Everybody’s lost.”

It’s too early to tell if Hulu will renew Ramy for a second season, but here’s hoping that it does because the representation of the Muslim-American experience, the first-generation immigrant experience, and the bilingual experience, is a necessary and welcome addition to the millennial dramedy genre.