Everything about Ray Charles’ classic 1962 album, Modern Sounds in Country and Western Music, seems to scream “contradiction”. Conventional wisdom would lead us to believe that a black man so associated with soul music would not want to record an album of material so deeply associated with white supremacy at the time of the Civil Rights Movement. Moreover, such an album, if it ever were to exist, would not be so widely accepted, particularly by white country audiences and programmers in the South. However, the album’s subsequent success was not nearly the fluke that one would expect. Of course, Modern Sounds was a milestone, as a black man recording an album of country songs and particularly him insisting on calling the music “country” in its title were unique, to say the least (Pecknold, “Making Country Modern” 86). But the album was used by the emerging country industry as part of a marketing narrative about the class ascendancy of country music and its audiences while minimizing the album’s racial significance.

A narrative like the one established by Modern Sounds in Country and Western Music was commercially necessary with the political economy of the time. The soul music giant’s landmark album, especially in its uses by organizations like the Country Music Association, actually reinforced country’s perceived boundaries as a white genre over time and therefore was not the fluke many perceive it to be. The fact that a black man’s “bluesy vocal timbre, syncopated phrasing, and aching melismas… situated his own vocal identity firmly within the stylistic conventions of rhythm and blues” (Pecknold, “Making Country Modern” 93), and that thereafter Charles became a key face and voice of country in the ’60s, were indeed unlikely. Nevertheless, the uses of the album became a classic example of what happens when people don’t talk about race, resulting in racism becoming further entrenched in popular music.

In the decades following the end of World War II, African Americans became a largely urban population, as historian Joe William Trotter, Jr., notes: “The percentage of blacks living in cities increased from less than 50 percent in 1940 to over 80 percent in 1970” (519). Additionally, the percentage of African Americans who occupied middle class positions nearly doubled during the ’60s (545). However, whites experienced much greater gains during this period, as the GI Bill and the Federal Housing Authority (FHA) disproportionately offered white families access to federal benefits for funding education and housing in new suburban neighborhoods (Painter 366). Restrictive covenants often barred property owners in suburbs from selling to or renting from black Americans (372).

As a result of such class inequality, many local grassroots efforts for change in African American communities in the ’50s and ’60s attacked discriminating businesses and organizations with substantial economic clout. One example is the sit-in movement, which was sparked in 1960 with black college students asking for service at the segregated lunch counter of Woolworth Department Store in Greensboro, North Carolina. The counter had sixty seats and “was the largest single profit-making establishment in the city’s downtown business district” (Trotter 529), and the campaign resulted in sit-ins all over the country to protest injustice. Another example was the 1963 campaign in Birmingham, Alabama, which demanded better jobs for black Americans, famously using the emerging medium of television to broadcast the horrors of police brutality against protesters and to generate national outrage in the service of the movement (531). 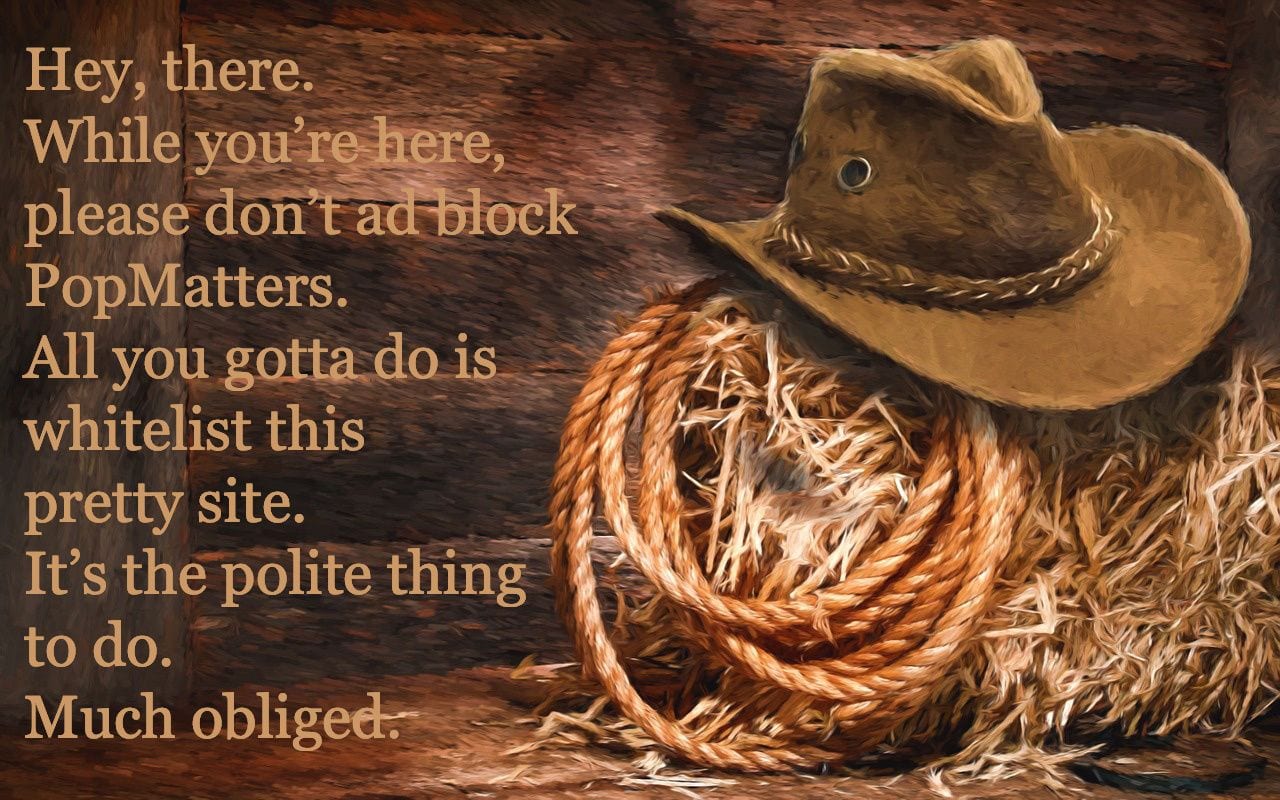 Additionally significant are the exceptional costs from the civil rights movement — many thousands of dollars of damaged property, as well as human casualties — which helped finally bring about legislative milestones like the Civil Rights Act of 1964 and the Voting Rights Act of 1965, especially as “corporate and business leaders… sensed dwindling profit lines under the steady onslaught of black protests” (Trotter 536). So issues of class were inextricably linked to issues of race in the civil rights movement, helping further the movement cause.

However, on the surface this political economy did not affect various discourses around Ray Charles’ album, discourses which privileged class over race. The key example of these practices was in the country music industry in the ’60s, emerging after the so-called Nashville Sound added smooth mid-20th century pop elements, including string orchestras and backing vocal choirs, to country records to attract wider audiences in the wake of the rock ‘n’ roll explosion of the ’50s.

An especially significant venue that promoted Ray Charles’ album was the Country Music Association (CMA), founded in 1958 and “conceived as a device by which country music could attain respectability and achieve a wider popularity,” as music historian Bill C. Malone writes (264). Malone goes on to argue, “The CMA became an aggressive organization which frankly perceived its mission in economic and public relations terms” (265). Furthermore, as scholar Diane Pecknold highlights, the CMA’s “first major project [was] a radio marketing campaign that by 1970 would help to make country the most programmed genre in America” (“Making Country Modern” 91). Modern Sounds in Country and Western Music was a crucial part of this campaign in presenting an image of the increasing class sophistication of country music and its audiences, with the album’s Nashville Sound choirs and heavy orchestration signaling more, well, modern sounds than many radio programmers, among others, were used to hearing.

A potential reason behind this strategy, which emphasized class over race, becomes apparent upon reflection: during the time the civil rights movement was being broadcasted on national television, an industry that was heavily associated with the South and white resistance would not have wanted to discuss race because of the extremely visible hypocrisy of potentially promoting country music as progressive and anti-racist. As a result, the industry downplayed race likely because it would have been embarrassing to acknowledge how deeply the album was an anomaly when, as Pecknold puts it, “a black man record[ed] an album in the musical style most closely associated with the aggressive performance of whiteness and even with overt racism at one of the most racially charged moments of the twentieth century” (“Making Country Modern” 82).

As Pecknold astutely shows, Charles was actually consistent with this strategy in the album itself: characterizing the album’s closing track, a cover of Hank Williams’ “Hey, Good Lookin'”, Pecknold writes that “Charles produced a rendition that subordinated racial difference to a narrative about class and appropriate versions of whiteness” (94). So while Charles may have acted in collusion with the practices of the country music industry, the album was marketed in ways that were commercially expedient while undermining the use of the album as a civil rights milestone.

The album was so commercially successful that it became the first album of country songs to sell a million copies in an era before platinum certifications existed for million-selling albums (Pecknold, “Making Country Modern” 82). As a result of its success, however, it wasn’t until decades later, especially after Charles’ death in 2004, that the album’s racial significance was finally acknowledged in the country music industry, including with an exhibit at the Country Music Hall of Fame and Museum on Charles and his contributions to country. So perhaps the album needed to be acknowledged in terms of race because of the political economy in the post-9/11 age, as “the utility of positioning a black artist at the center of country music’s history also clearly advanced contemporaneous efforts to de-whiten the genre,” as Pecknold argues (“Making Country Modern” 96). In this context, today country music is arguably more heavily marked as white music of national political domination that it was during the civil rights movement, with the promotion of causes like the War in Iraq through rallies sponsored by media outlets like Clear Channel, which today owns most country radio stations nationwide (Friedberg).

So this leads to the question: could Ray Charles’ album have inadvertently furthered country music marking itself as white? Amidst multiple contenders, Pecknold writes that “maybe this is the ultimate paradox about Modern Sounds in Country and Western Music: that it changed everything about the class politics of country and virtually nothing about its racial politics” (97). One way that the marketing of Modern Sounds in the ’60s can be read is as an example of contemporary color blind racism that minimizes and ignores racial inequality in the present because of how supposedly we’re all the same and there is therefore a level playing field when it comes to race and power in this country. Of course, at the time it was politically and economically expedient to not talk about race in promoting the album, but today, even as the album is acknowledged as a racial landmark, it is still more expedient for politicians and others to ignore dynamics of racial inequality pervading American society.

We as a society need to talk about race and acknowledge the differing power dynamics for various groups while acknowledging the intersectionality of race with issues of class, gender, and more, listening to marginalized voices. One example of what happens when we ignore race can be seen in the online comments of PopMatters for an article praising two Ray Charles tracks as among the 20 greatest songs of country. A reader highlights the racism inherent in supposedly raceless discourses marking country as white, writing that “really blacks have not contributed to country AT ALL,” which shows how racism underlies the historical erasure of black contributions highlighted in Pecknold’s edited collection, Hidden in the Mix: The African American Presence in Country Music. In the introduction, Pecknold writes of the necessity of “examin[ing] how the genre’s whiteness was produced and is maintained, [imagining] country music as one of the processes by which race is constituted” (“Introduction” 2).

In other words, it’s no accident that country is considered a white genre — it became white over time, and minimizing issues of race has been a key component of maintaining this whiteness. In that sense, a black soul singer’s album of country songs doesn’t seem so different from most of canonical country music history. In fact, its uses can make it fit right in.