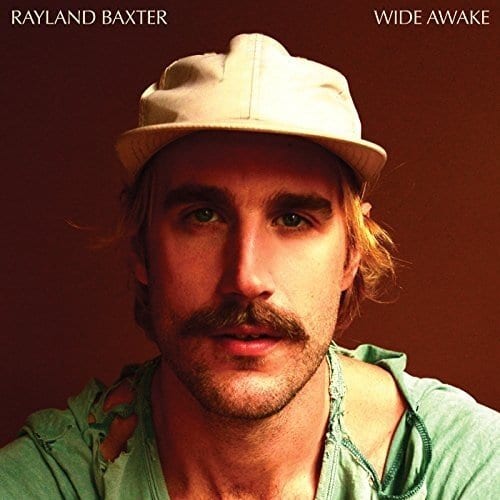 You could say Rayland Baxter has singer-songwriter in his DNA. His father, Bucky Baxter, was a country artist and session musician who performed on storied albums such as R.E.M.’s Green, Ryan Adams’s Gold, and Bob Dylan’s magnificent Time Out of Mind. And over the course of two previous efforts, 2012’s Feathers & Fishhooks and 2015’s Imaginary Man, Baxter established those singer-songwriter bona fides, writing tunes that ran the gamut from Americana to folk rock. On Wide Awake, Baxter channels his inner Paul McCartney, cranks the melodies up to 11, and makes a masterful play for the pop-rock middle.

Wide Awake is a great record, full of catchy choruses and classic pop-rock sheen, marrying Baxter’s folk roots with lush, bouncy 1960s arrangements like Nilsson come back for one more go-round. Tracks like “Hey Larocco” and “79 Shiny Revolvers” feel instantly timeless, and the latter shows off an obvious Beatles influence.

Meanwhile, Baxter hasn’t abandoned the style that put him on the map. Two of the strongest songs on Wide Awake play within depths long-plumbed. “Without Me” and “Let It All Go, Man” are both stripped-down, mostly acoustic, and explore deeply human situations. “Without Me” is a conflicted breakup song that covers the emotional gamut of a relationship’s dissolution, from the gut-wrenching truths (“I don’t wanna be here anymore / You’re wasted and I’m bored”) to excitement about starting over (“Life is wonderful on my own”) and apprehension about the future (“I never wanna be alone … All in all, it’s nothing without love.”) That the track is a duet makes it even more intimate, recalling the male/female vocal interplay of Matt Pond PA’s excellent Still Summer, on which Caroline Reese breathed life into “The Full Stop” and Laura Burhenn floated fittingly in and out of “Last Breath”.

Comparisons between Baxter and Father John Misty have been made, and sure – Baxter has things to say about the state of union. “Strange American Dream” is a meditation on how violence and greed are an ingrained part of American culture. And “79 Shiny Revolvers” packages pointed social commentary in an imminently listenable melody. But Wide Awake is not I Love You, Honeybear or Pure Comedy, and it’s not trying to be. Wide Awake has more in common with Dr. Dog than with Josh Tillman, a focus on tight-but-not-too-tight arrangements and instantly catchy melodies.

Basically, it’s a play for the middle. For the kind of semi-sunny pop that’s sure to show up on Spotify radio stations by Fruit Bats, Born Ruffians, Beck, or Devendra Banhart. And it slays, not making the common tradeoff between earworm choruses and flimsy lyrics. In fact, the amount of craft evident in Baxter’s lyricism borders on breathtaking at times. Like a rapper dropping into double-time, Baxter delves into a quick series of tight rhymes that break the song’s usual patterns, as on the bridge of “Strange American Dream”.

This ain’t nothin’ like
What I thought it’d be like
When I was a little kid
I drew dinosaurs fightin’ wars
Behind the doors I reinforced with
Red, yellow, and green
From all the cameras in front of us
I couldn’t tell you what it is I see
So I close my eyes and realize
That I’m alive deep inside this
Strange American dream

Baxter has never made a bad record, but he’s also never made such a sublime one. Buoyant piano-forward arrangements give a sense of un-seriousness, levity, even as the lyrics can sneak up on you with social commentary or endless humanity. It’s actually the antithesis of Father John Misty: something that could be explored endlessly for depth and nuance but could also just play happily in the background to please multiple generations on a long family road trip.