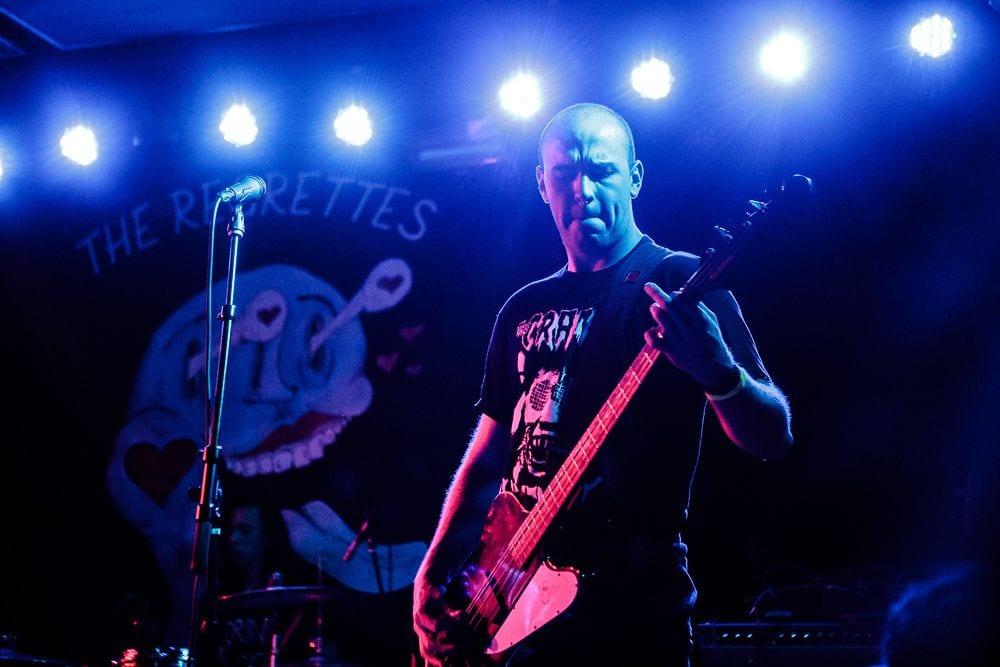 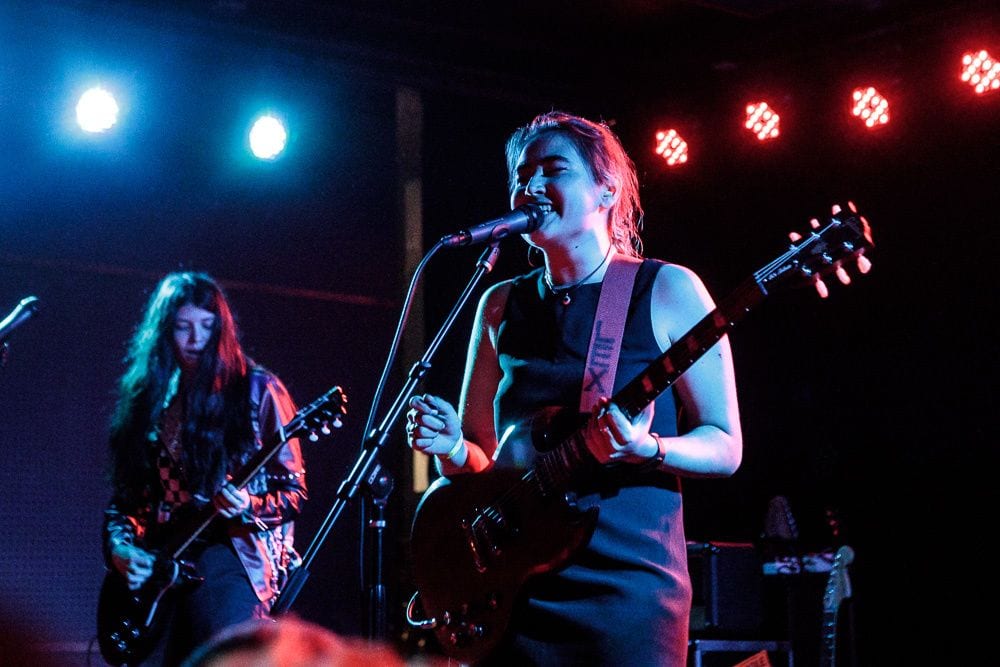 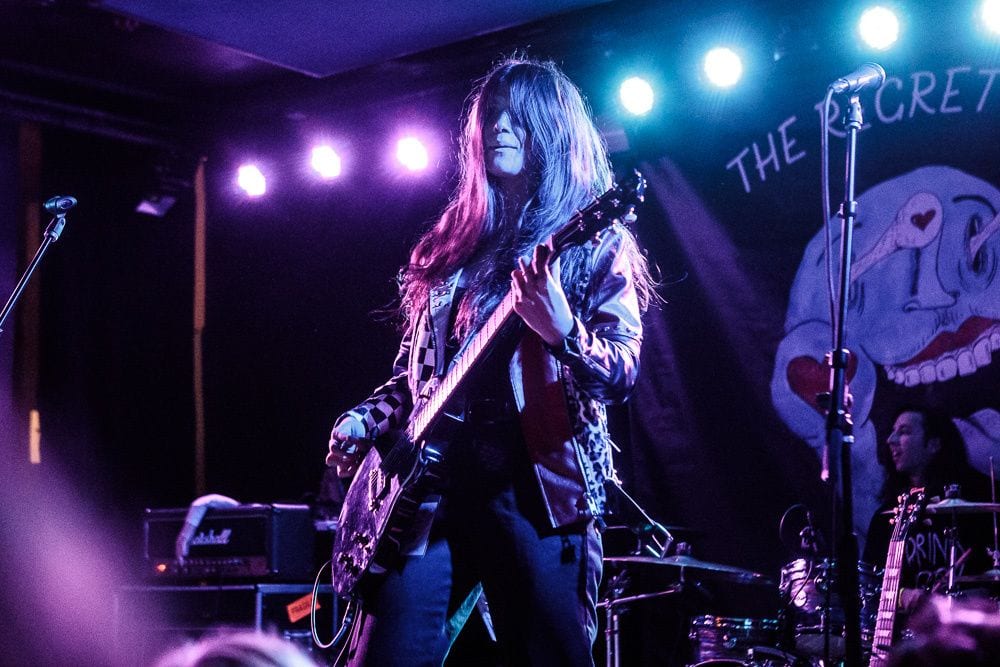 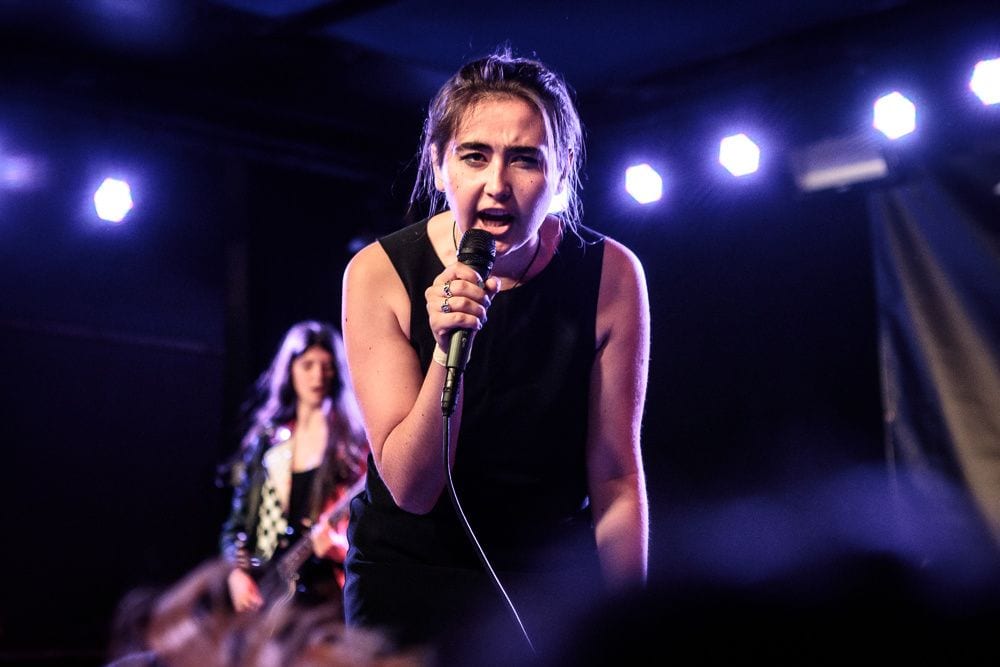 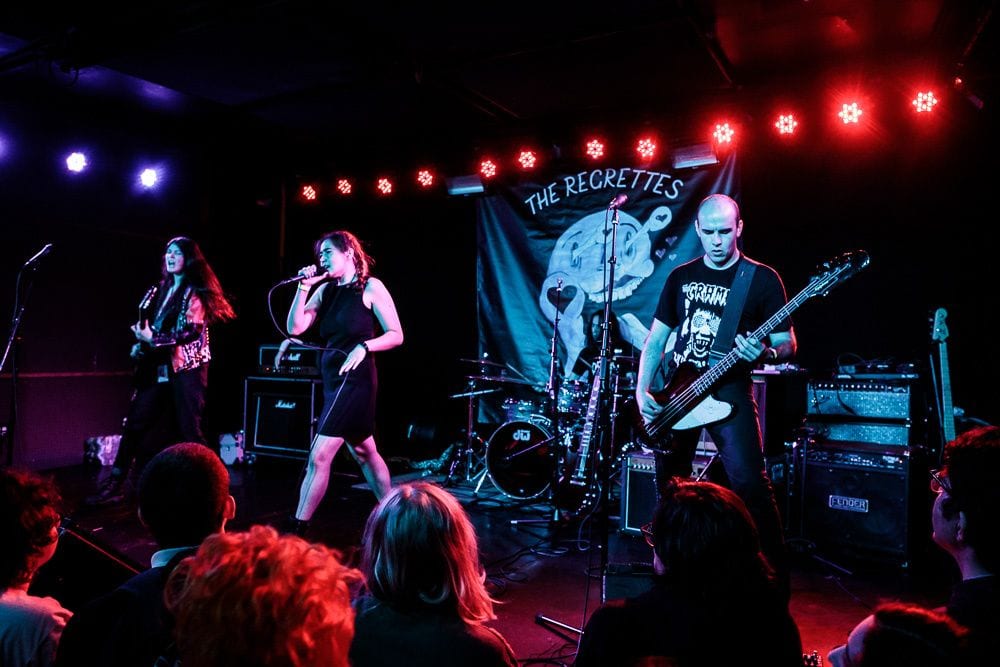 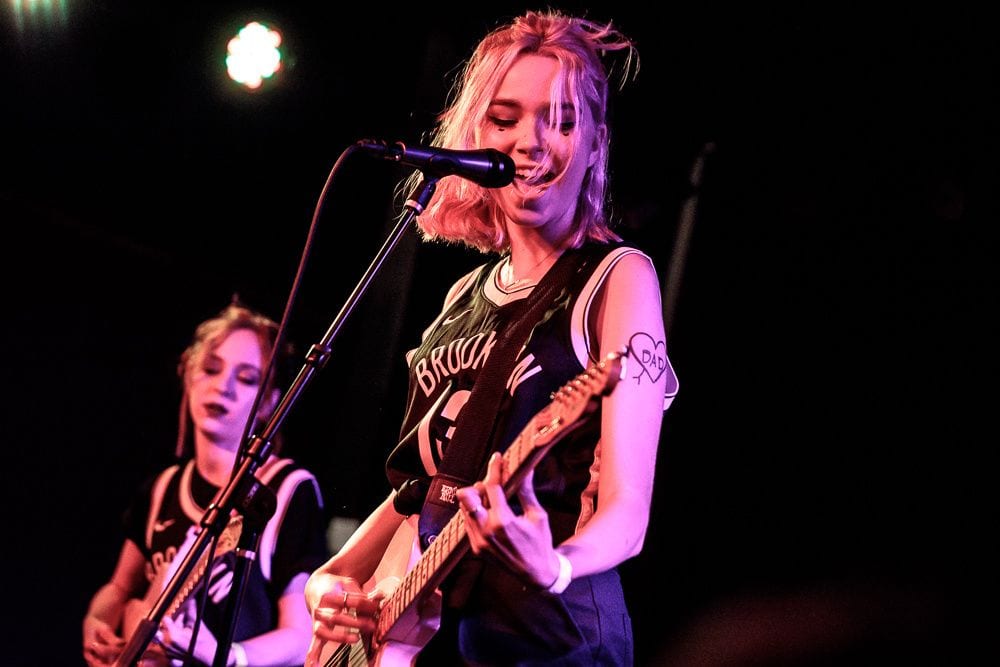 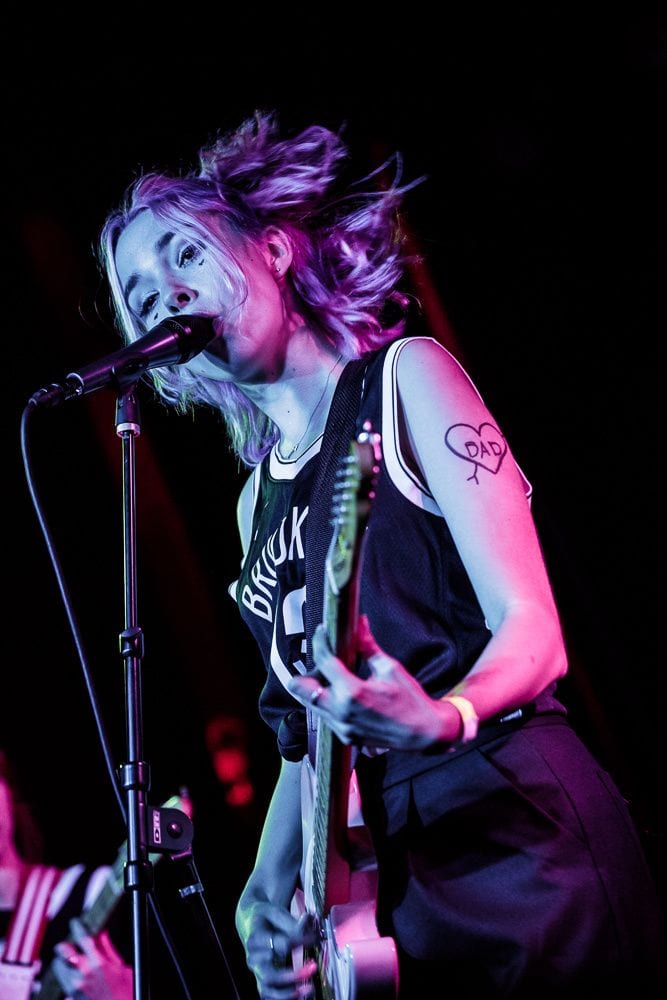 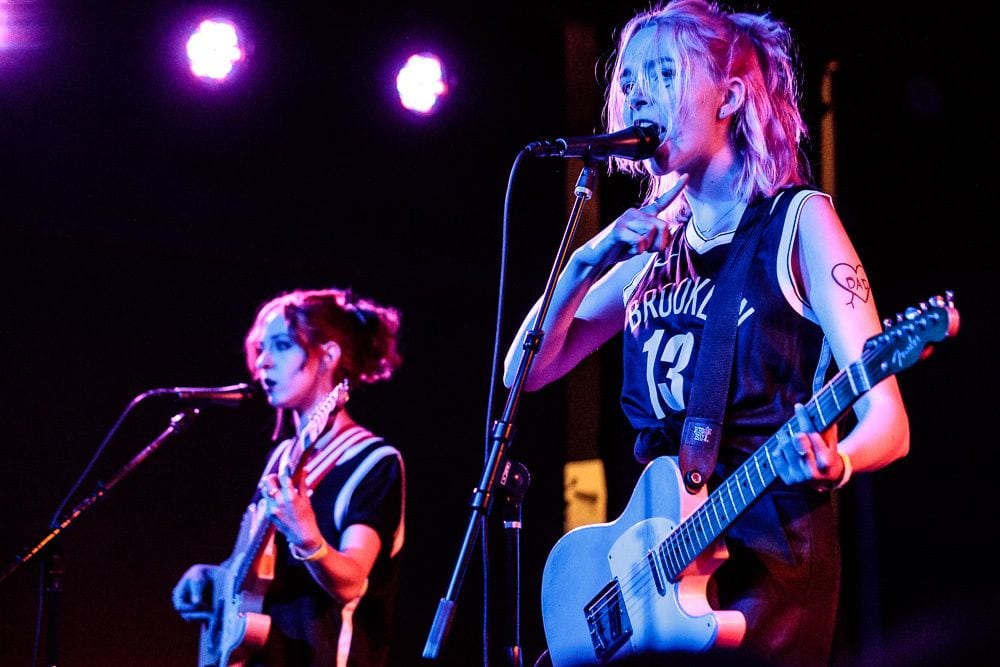 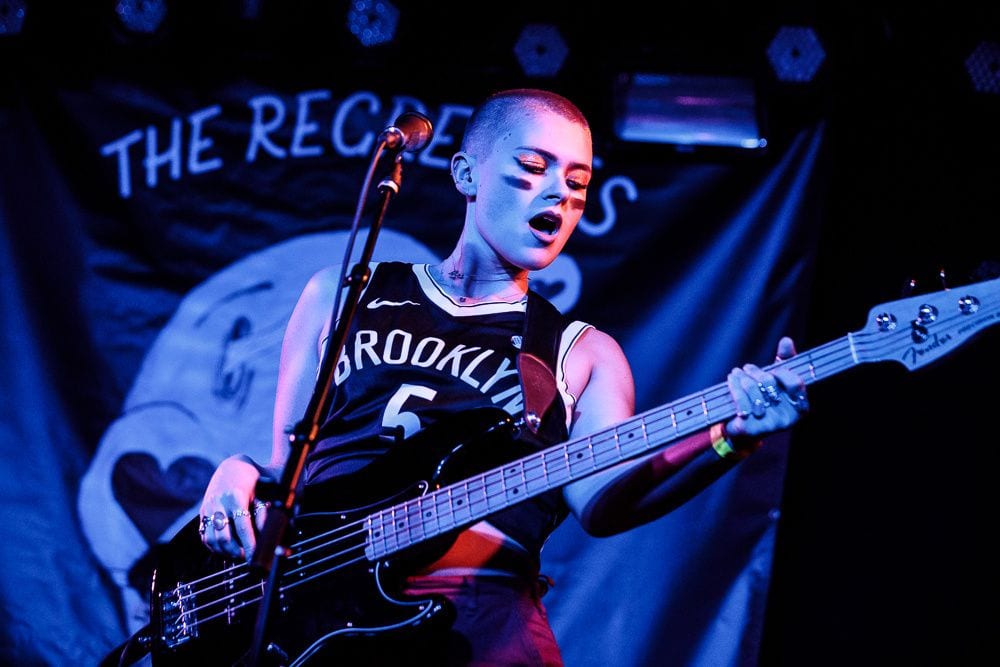 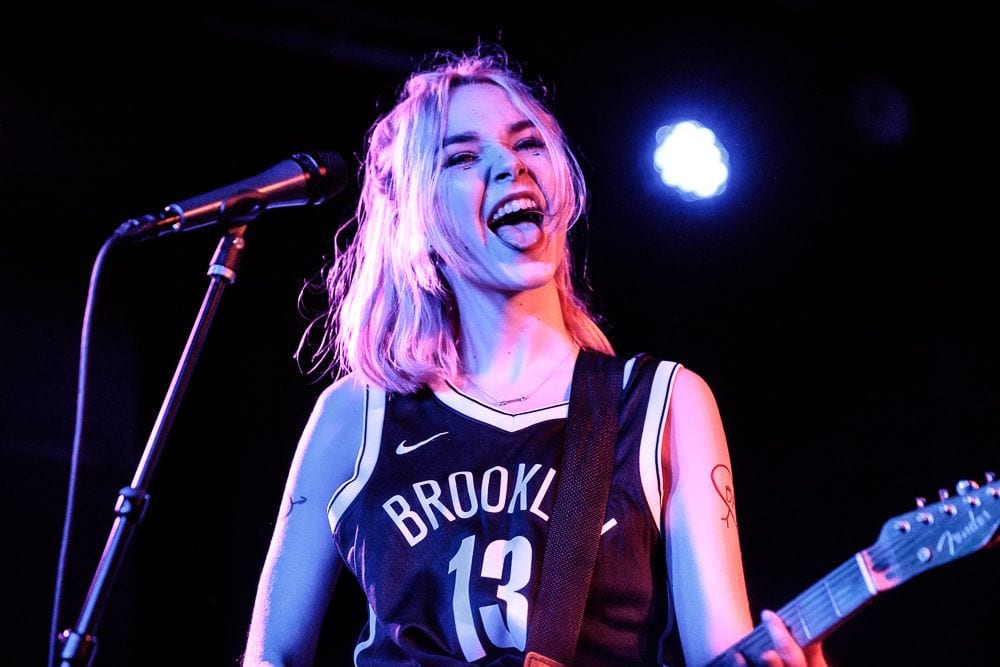 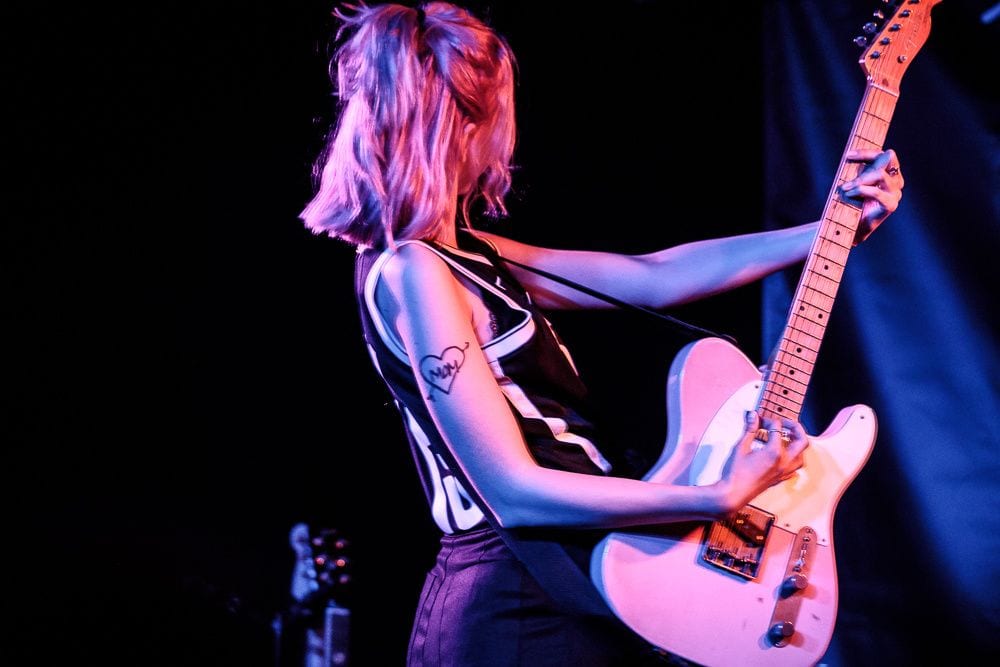 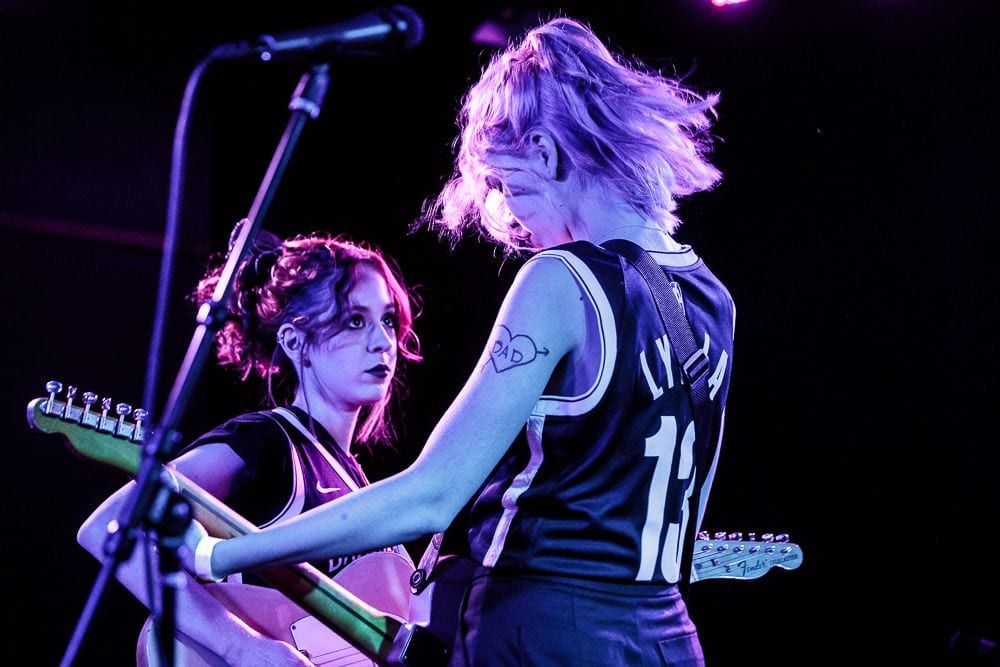 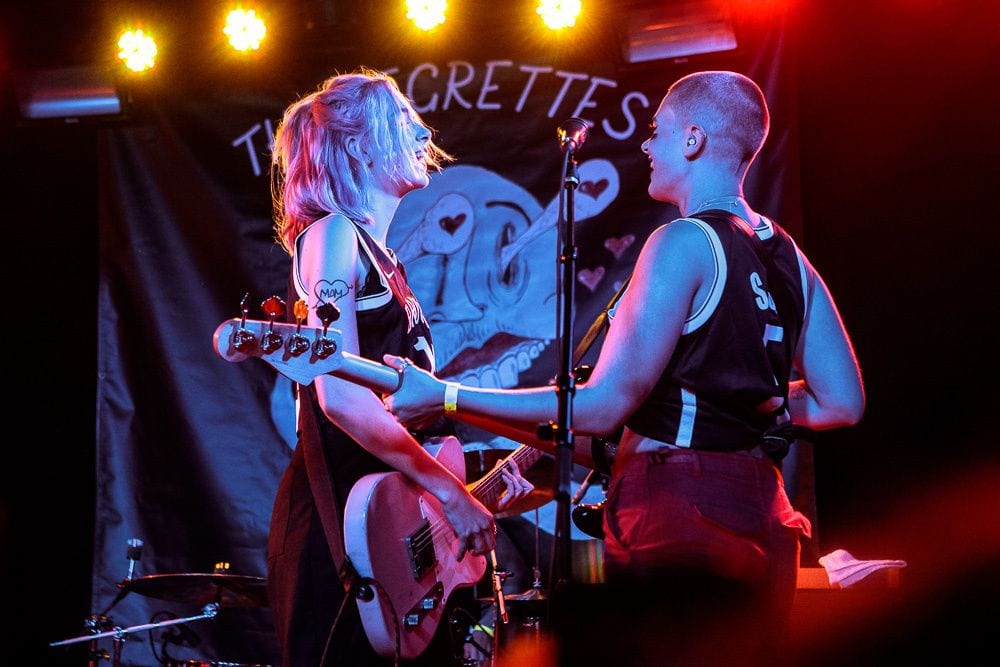 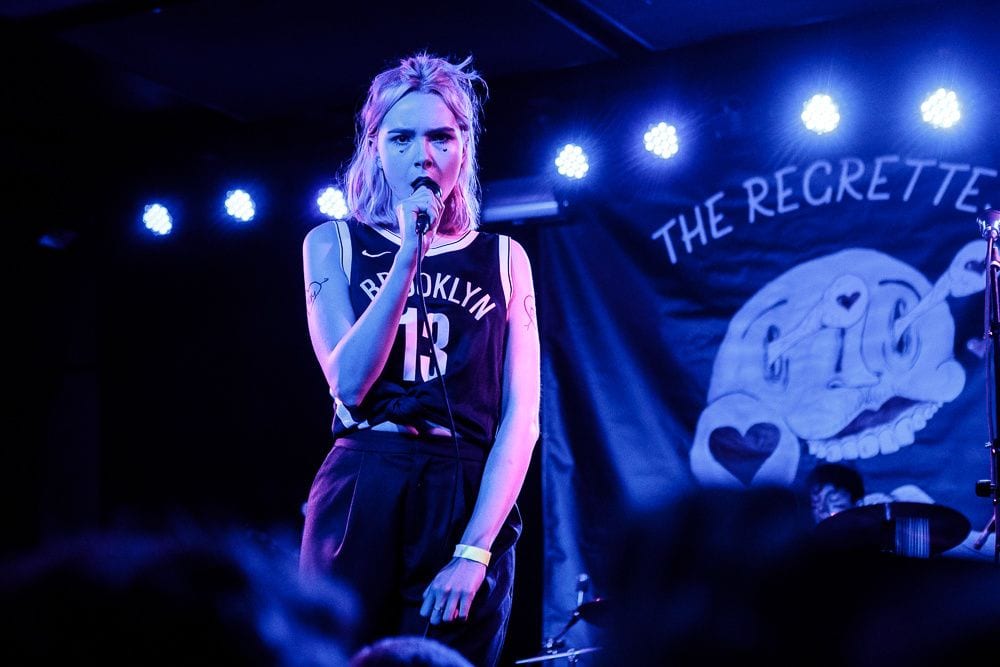 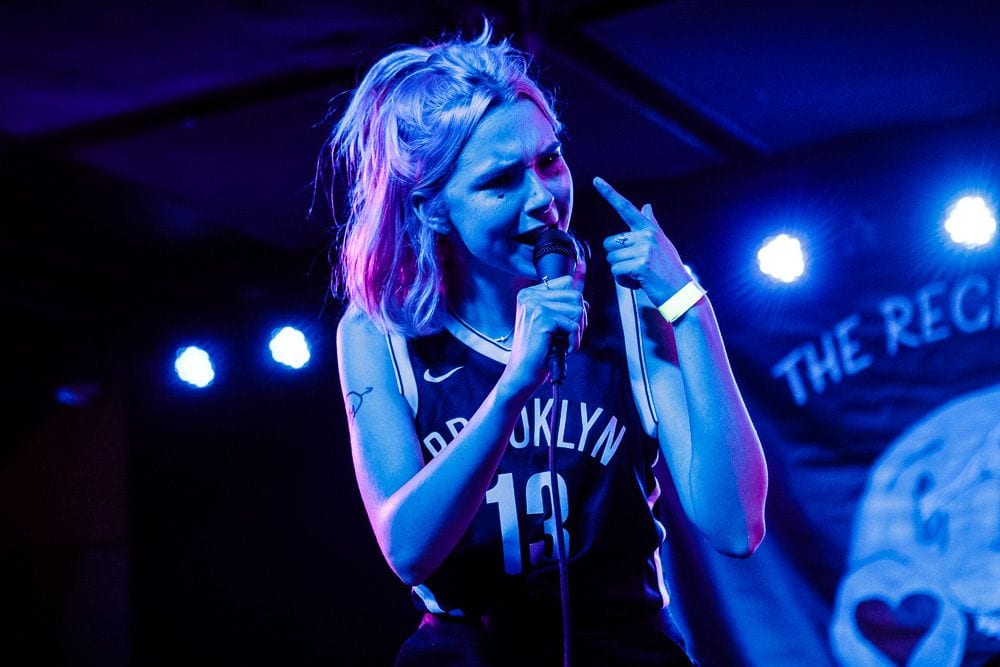 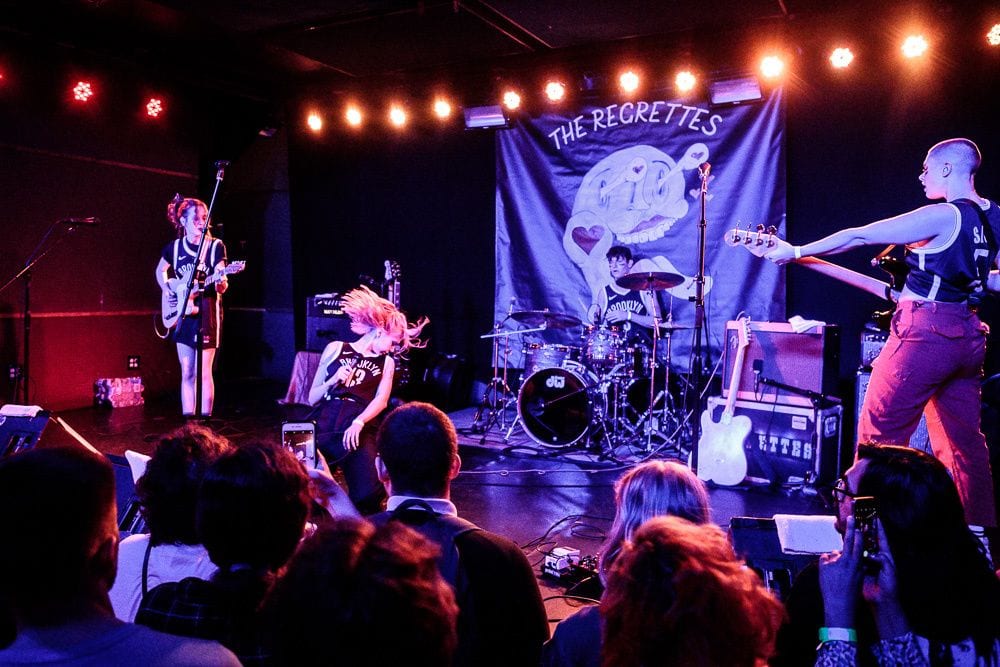 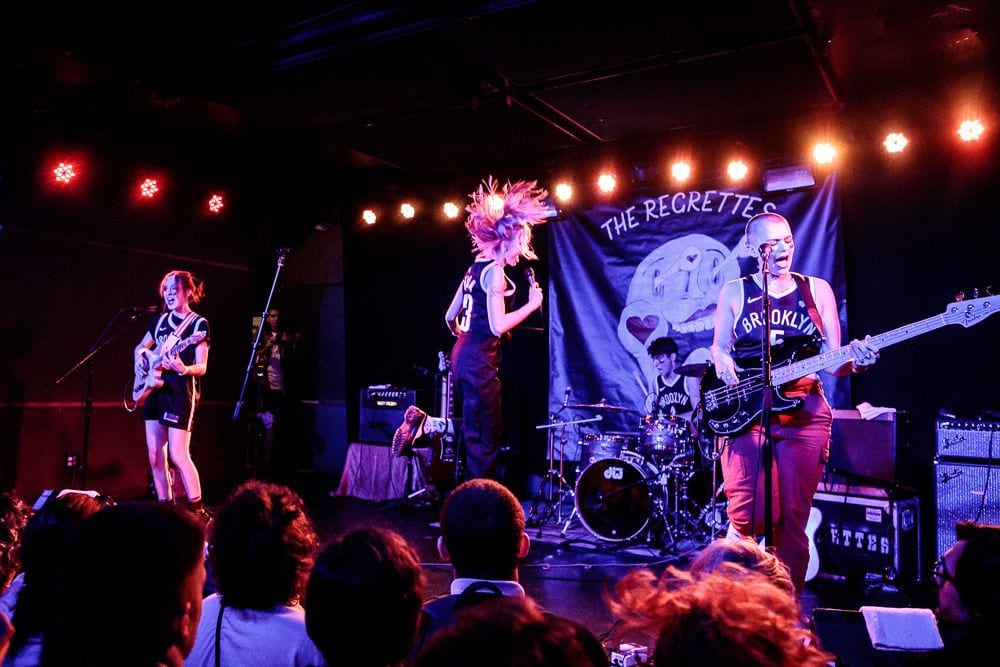 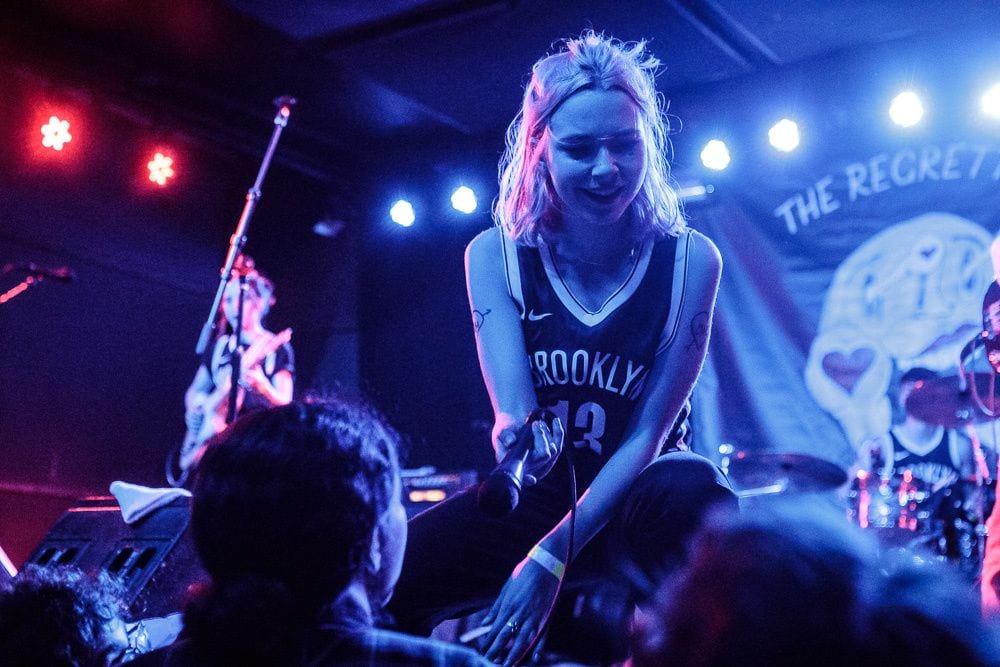 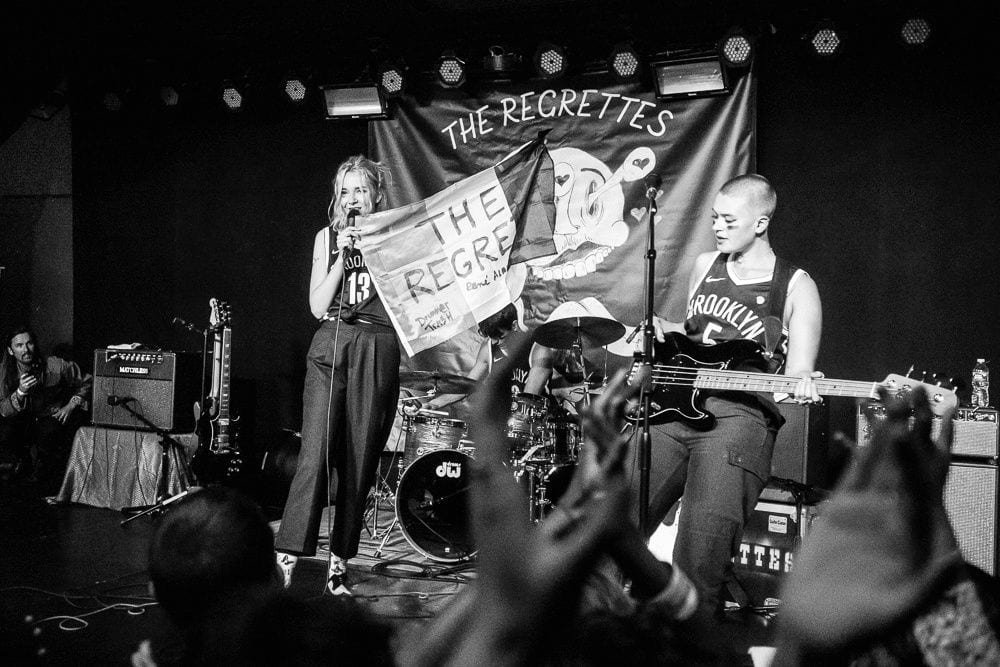 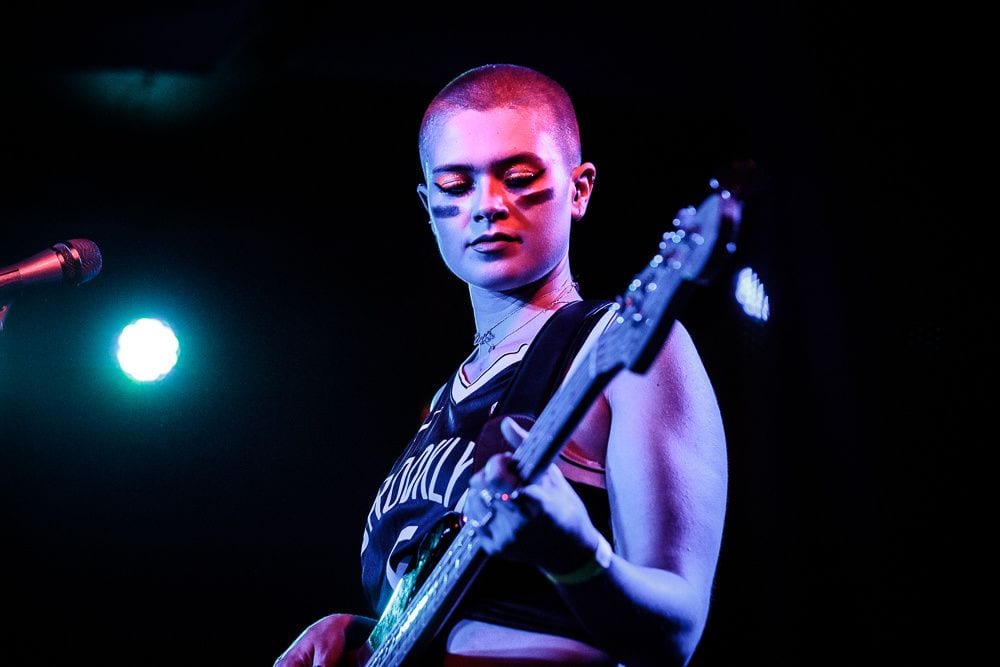 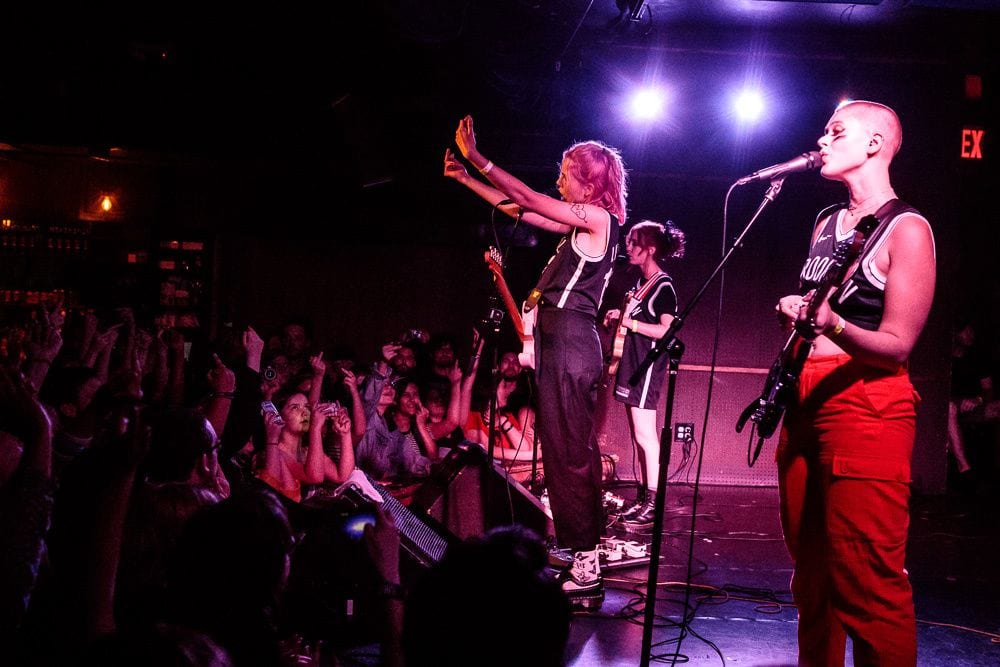 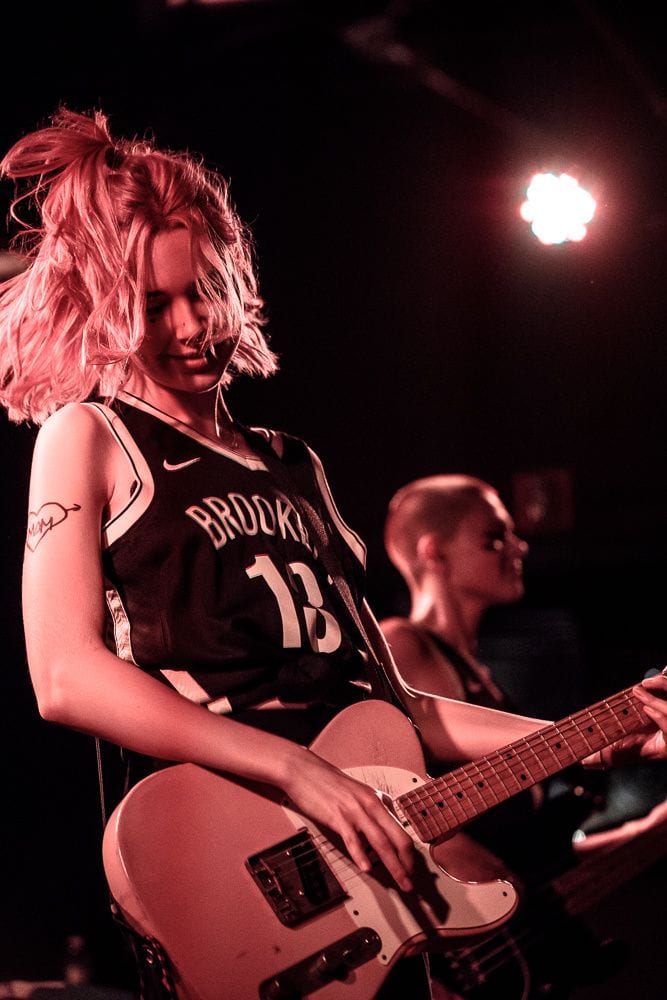 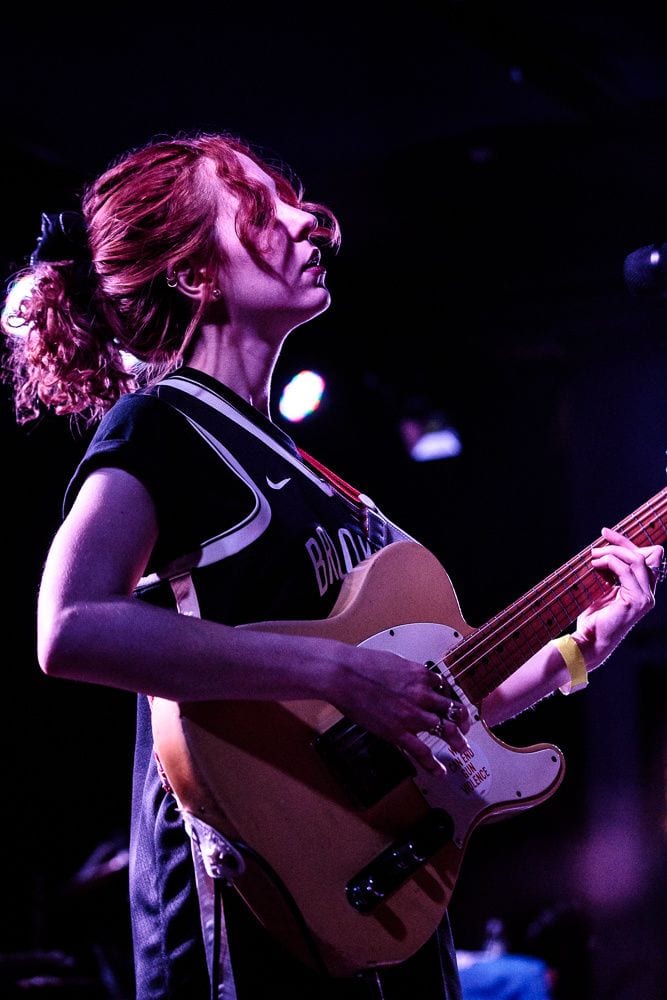 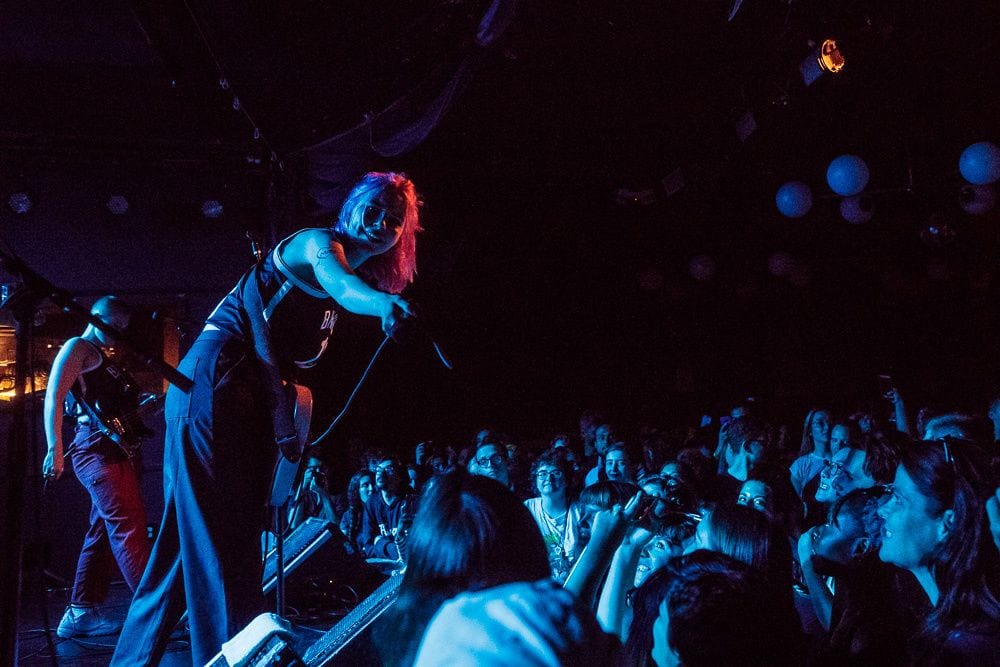 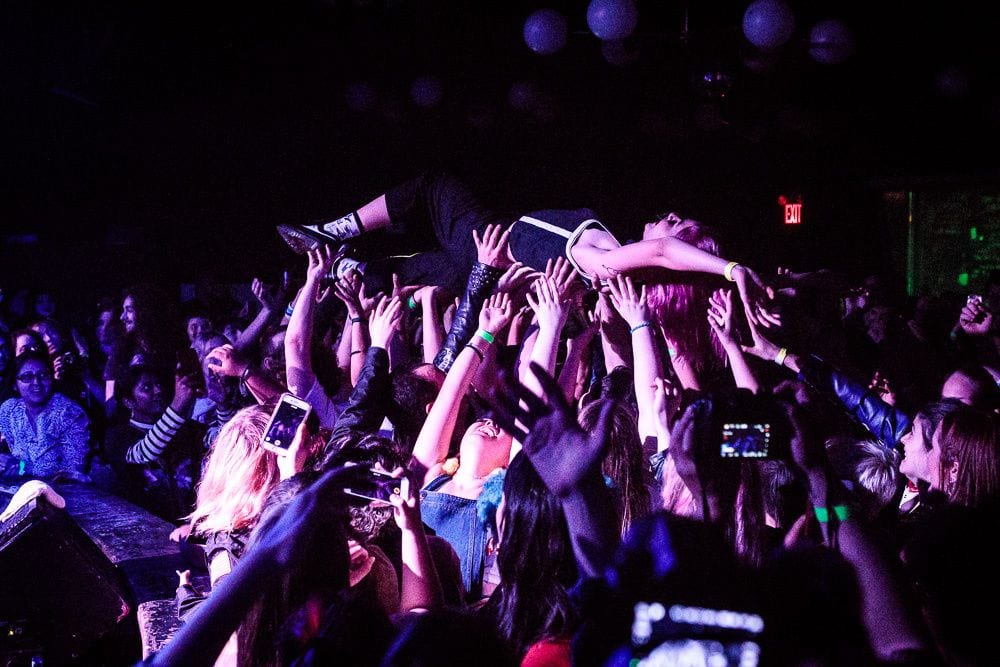 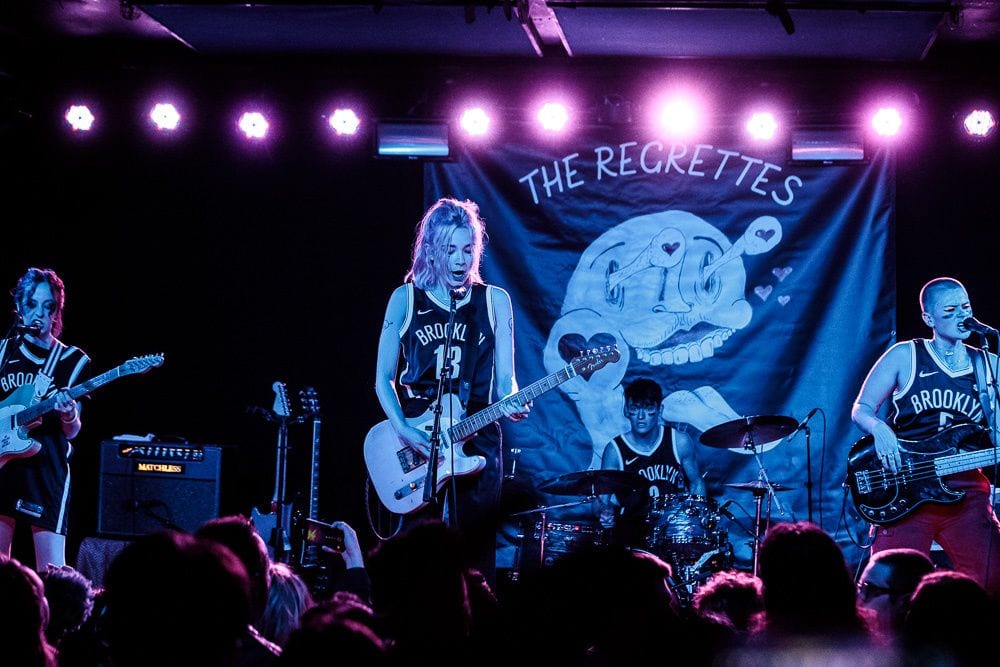 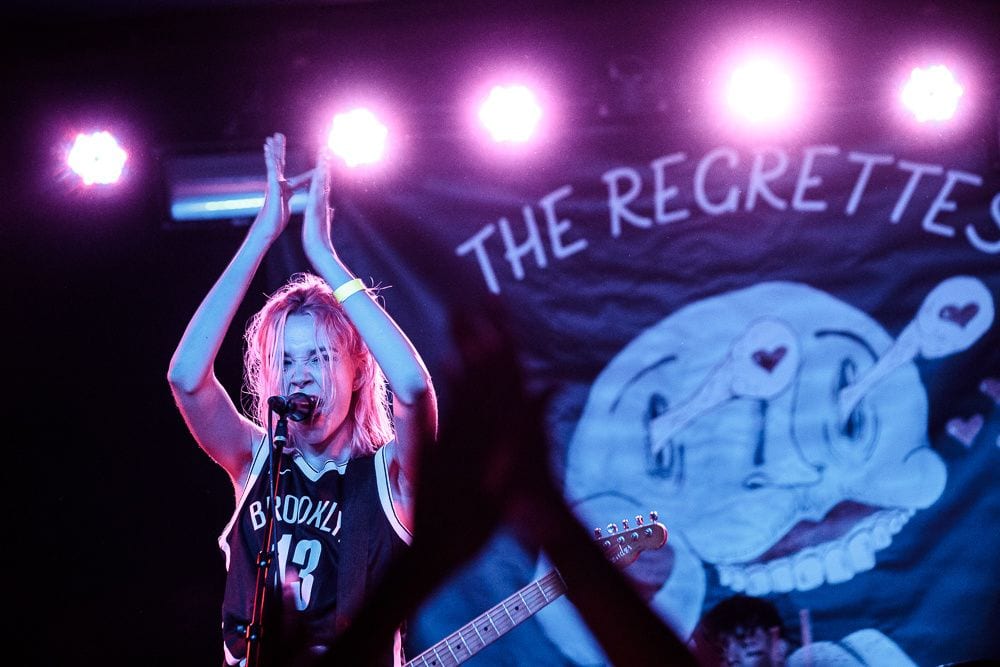 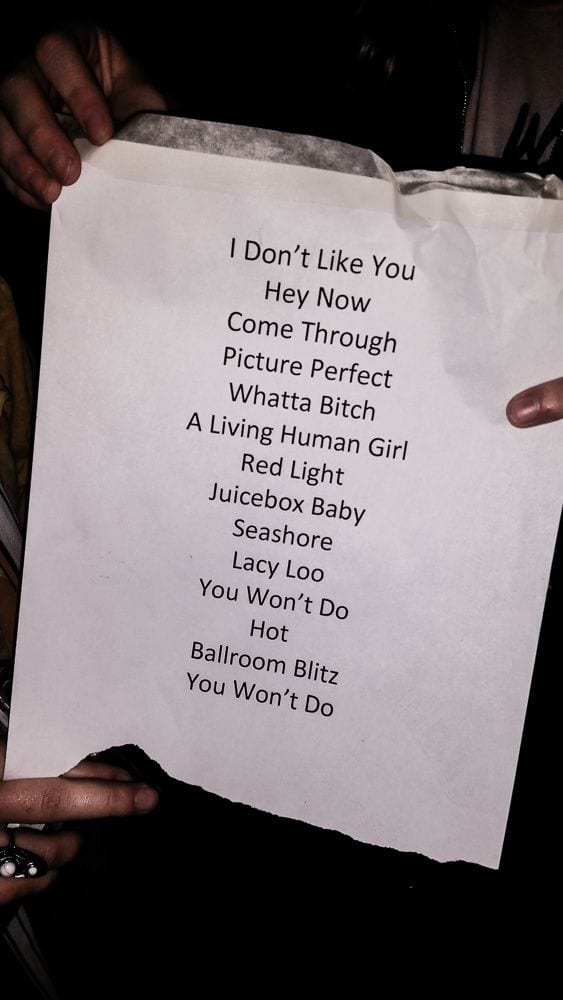 A few days before NYC’s Governors Ball festival, Lin-Manuel Miranda announced the latest track in his ‘Hamildrop’ series (Hamilton related tunes outside of the musical) would feature the Los Angeles punk band, the Regrettes covering “Helpless” (sung by the Schuyler sisters in the show). This was a huge boost for the young group whose profile has been rising over the past few years (and a chance for them to see the show on Broadway). They had signed to Warner Brothers Records and released their debut album, Feel Your Feelings Fool!, last year.

Openers Destroy Boys (who hail from Northern California) started off the relatively early After Dark show around 8:30 with a rocking set. The members of Destroy Boys are in or just past high school age (like the Regrettes) and they got the nearly as young crowd primed for a wild show.

The crowd got wild, but it was a completely different vibe from the Longshot’s show a couple of nights before. Youths weren’t crushed or displaced by older/larger (typically male) moshers — this was a safe space for young rockers. Regrette’s frontwoman Lydia Night told the crowd that if someone was making one person feel uncomfortable, that someone would face consequences (not in those words).

The band’s talents shone as they played a twelve song set that included “Red Light”, “Picture Perfect’, and “Lacy Loo”. Check out a video of the Regrettes performing a new song (“Come Through”) and photos from the June 3rd show below as well as tour dates and their rendition of “Helpless”.