Recently PopMatters reviewed R.E.M.’s live recordings from the BBC, which Craft Recordings gathered together in a glorious set that made our list of the 21 Best Album Re-Issues of 2018. Kevin Korber wrote, “what’s striking is how the collection shows an appreciation for R.E.M.’s unheralded later material, which had a more receptive audience in Europe than it did in the U.S. Hearing the band play stately, beautiful renditions of ‘Imitation of Life’ and ‘At My Most Beautiful’ to a rapt audience underscores the power they still had, even as their relative popularity waned. That, combined with full concerts from their early years and their commercial dominance, make Live at the BBC surprisingly essential listening.”

So today we have something special for you… a premiere of part one of a three-part podcast paying tribute to R.E.M.’s work at the BBC with exclusive interviews.

This three-part podcast series was created by uDiscover, in partnership with Craft Recordings, around their recent box set release for R.E.M. at the BBC. The new collection features over 20-years of rare and unreleased live and studio recordings—including sessions, concerts and interviews—culled from the BBC and band archives.

1:05 – Part 1 concentrates on the band in the 80’s which is represented by a live broadcast of a complete performance in Rock City, Nottingham (England) from November, 1984. The band was touring in support of their second album, Reckoning. This performance was recording for BBC’s “In Concert” segment and the set included “Don’t Go Back To Rockville” and “Second Guessing.” This is one-of-four full concerts of the band that’s included in the new R.E.M. at the BBC box set.

2:20 – A rare interview that co-founder and lead guitarist Peter Buck gave to BBC Radio 1 in May, 1984. Peter says, “Everyone was really nice to us last time we were here [Europe]. We did two dates in England and two in France. The reviews were really positive, so we just assumed naturally that the second time we came over everyone would hate us. Because just from looking at the papers from America, it seems to be that someone will get a really good review and the next time over, everyone will hate them. So we just assumed ‘they’ll hate us this time’ and we prepared for the worst. And it was quite the opposite. Everyone’s been more than fair. Its been really wonderful.”

“We write songs, we play them, we record them, then play them on stage, and that’s all we do. You really can’t think about critical acclaim, or popularity, or hit singles, or who’s going to buy your record because then you sit around like Bruce Springsteen and never get a record done because you’re worried so much about having it perfect…making perfect records is not what we want to do, I don’t really care. There are mistakes all over this one [Reckoning] and mistakes all over the last one [Murmur]. We just wanted to make a record that’s as good as we could possibly make, as far as soul and feeling. You know, if the critic’s don’t like it, tough. So far they have.”

“Athens [Georgia] is such a little back water…I mean I didn’t known anyone [personally] who had ever been in a band and had a record out…The B-52’s had just signed when this band [R.E.M.] had just started. So it was like…having a record or having a hit or being popular was totally out of the question. We were just going to play for our own amusement. And, we still feel that way. We don’t really care so much about having hits because the reason we started the band is because we wanted…to play music…and that does make it less pressure on us to be really successful, because we just don’t feel it. This is still our hobby…a hobby that takes up all of our time, but a hobby none the less.”

“You can’t have no image…so, we are the band that has no image but it is an image none the less. We just never thought we wanted to work on something [likehaving an image]. For one thing, I don’t want to spend a lot of time on my hair because it takes to much time. I’ve got a lot of other things to do rather than spend a half an hour doing my hair every morning. I like to wear comfortable clothes. None of us look horrible or bad…but we’re not going to work really hard at having a unified concept for a look because we can care less.”

6:02 – Picks up again with Peter: “We are southern people…I haven’t lived their all my life but most of us have. I really like the way people in the south talk. I don’t have much of a southern accent but yeah, the south is really important, in that it influences what we do. Maybe not in a really obvious way.”

Exclusive to this podcast series is rare interview material with the band from the BBC archives, presented by Paul Sexton. 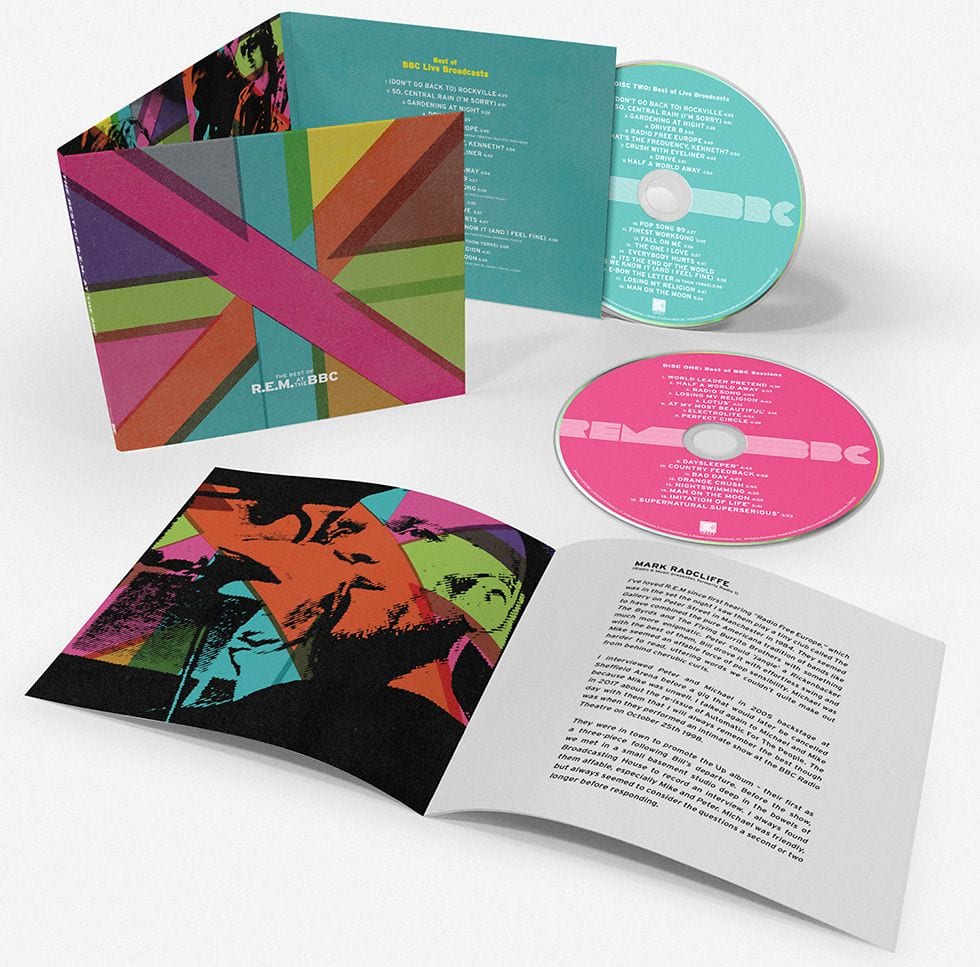