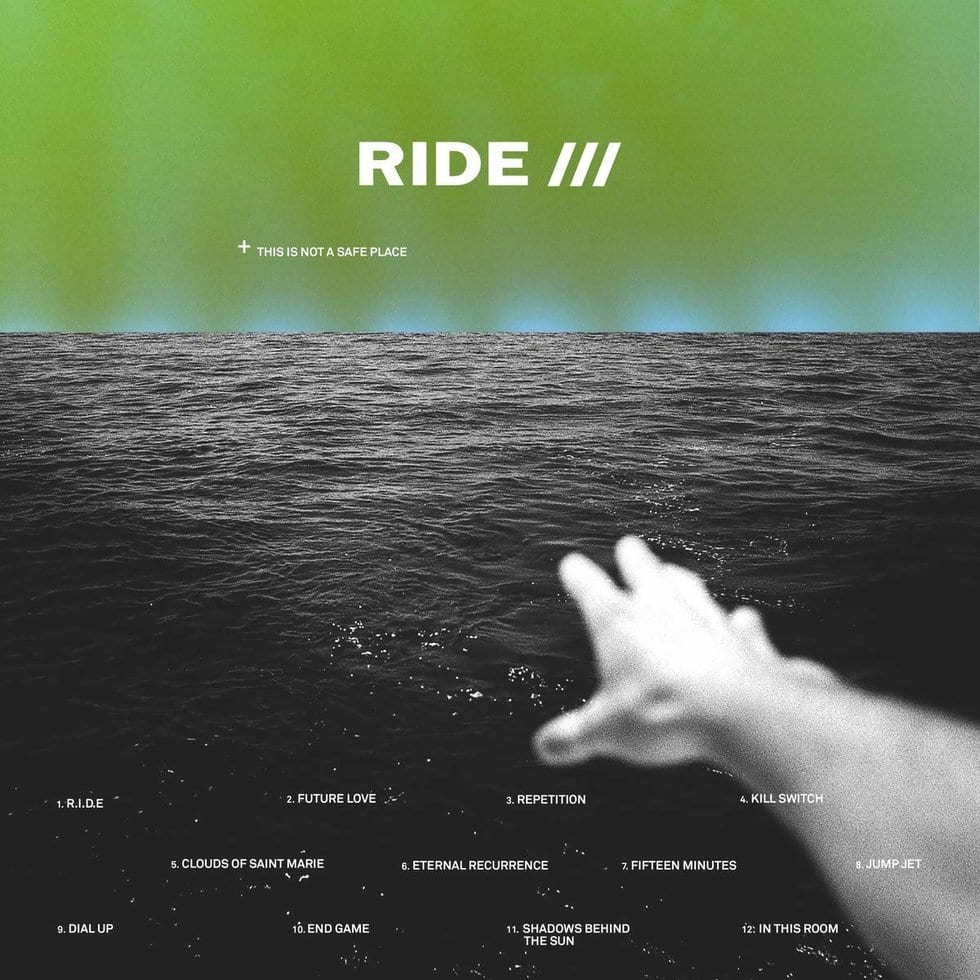 This Is Not a Safe Place
Ride
Wichita

Now, Ride returns yet again with their sixth outing, This Is Not a Safe Place. Perhaps a tad less compressed and hectic—and a bit more pleasant and breezy—than its immediate predecessor, it very much feels like a proper follow-up. It proves that Ride’s impressive revival wasn’t merely a one-off comeback. While the album is more enjoyable in the moment than it is enduring in the memory, there’s no doubt that it captures the magic of not only Ride but of the subgenres they helped popularize.

With synthy oscillations permeating around antsy drum beats (reminiscent of Stevie Nick’s “Edge of Seventeen”) and cathartic hums, opener “R.I.D.E.” is like a wordless meta-declaration of rejuvenated dominance. From there, Ride continues to pile on invigorating nostalgic charm, be it in the form of the youthfully exuberant and hopeful “Future Love” and “Clouds of Saint Marie”, the punkier and more mechanical rebellion of “Repetition”, or the haunting fatalism of “End Game”. The multilayered cries of “What went wrong? What is wrong with you?” against the backdrop of glitzy fury make the latter track especially effective in representing the cold uncertainties of lost romance.

Elsewhere, odder and more sophisticated techniques allow other tracks to stand out. “Eternal Recurrence” evokes the whimsical dreaminess of Tim Bowness’ projects (solo, no-man) with its clashing guitar licks, pensive singing, and general faraway production. Later, a balance of robust poise and sparse instrumental pondering sees “Jump Jet” channeling the emotional decadence of the Cure. Curiously, “Dial Up” and “Shadows Behind the Sun” are almost folksy in their bright harmonies, acoustic guitar strums, and piano notes.

Sadly, there are a handful of less interesting and substantial additions as well. In particular, both “Kill Switch” and “15 Minutes” are too one-dimensional and flat to appeal. They’re fine as they go, but of all the pieces here, they feel the most like forgettable filler. Equally, closer “In This Room” begins promisingly via Radiohead-esque digital dreariness. However, the song is ultimately insufficient melodically and musically when it comes to plucking the heartstrings. Instead, it kind of meanders along until it’s done. The LP can come off as monotonous and unvaried when heard all at once since the tunes tend to blend together and often operate at a superficial level.

This Is Not a Safe Place is another strong effort from Ride. As the sophomore sequence of their second wind, it does enough differently to set itself apart from Weather Diaries while also existing as a logical continuation of that foundation. It may not be as significant or memorable as it could be at times, but it’s certainly an enveloping journey as it plays. Best of all, it’s further proof that no matter what happens along the way, these four guys are meant to play together and show their descendants how it’s done.