Where I Roam
Roanoke

The rigors of the road often lead bands into a crossroads, even careening them into a dead end. Then there’s Roanoke, the five-piece Southern-comfort, folksy-Americana outfit based in Nashville, that prefers to wax nostalgically about their journeys.

Fronted by in-perfect-harmony singer-songwriting pair Taylor Dupuis (vocals, guitar) and Joey Beesley (vocals, lead guitar), Roanoke released a five-song EP in June called Where I Roam to examine their wanderlust and rapidly beating yet restless hearts. Today, they present the music video premiere of “Don’t Let Me Leave the Road” at PopMatters.

While expressing a deep affection for their musical odyssey, the song written by Dupuis also conveys the heartbreak and “post-touring blues” she sometimes experiences after a road trip, as summarized in the chorus (see the complete lyrics below): 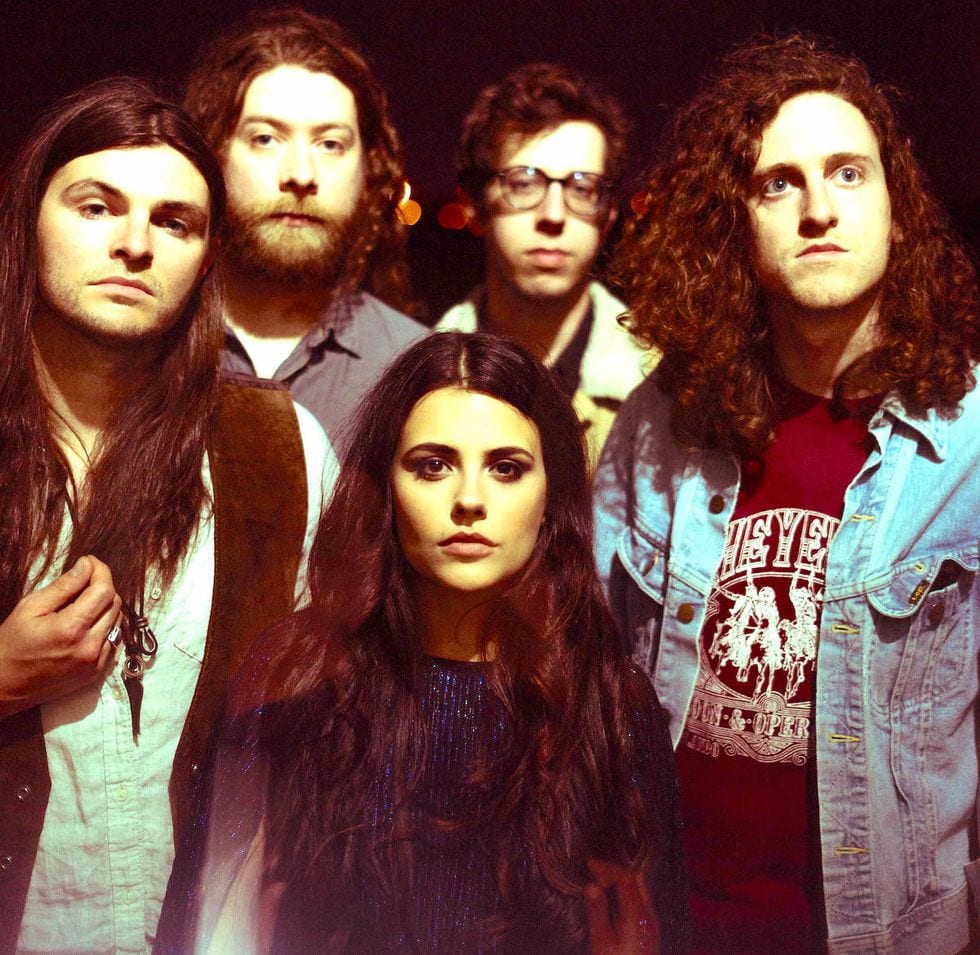 “Being on the road, it’s easy to lose yourself a bit, most of the time in a good way,” Dupuis replied this week during an email interview for this article that accompanies the video premiere. “You experience very high highs and low lows. It can be a healing experience. It makes you feel like you have a purpose, and that you’re doing what you’re supposed to be doing, and sometimes coming home after that can be difficult.

“I wrote this song the day after we got back from tour. I woke up sick and was feeling especially nostalgic of our time on the road. I just took every beautiful feeling, and every memorable moment and poured it into a song. I wanted it to have a happy nostalgic feel to it. I wanted audiences to feel the bond I feel with my bandmates, and to feel that freedom of life on the road. I wrote it in hopes that people who find solace in nature and in traveling would be able to relate.”

The birth of the band in 2014 resulted two years later in their self-titled debut album, and that’s when I developed a rooting interest in Roanoke (named after a horse, not a city), their searing sounds, moving lyrics and exquisite harmonies. So to tell their origin story and present their first music video (“Jordan”) at the Huffington Post were proud moments, indeed.

It also was a pleasure to hear about their sophomore release Where I Roam, announced on PopMatters, which also premiered the first single, “Tennessee Stone”. The EP was recorded at East Nashville’s Ten Four Recording Company, but Roanoke first found its inspiration elsewhere — in Harrison, Michigan.

The band made an intriguing decision to do a songwriting retreat in the summer of 2017 at a cabin in Dupuis’ home state, “away from from the hustle and bustle” of the Music City, as she put it.

“We all live together here in Nashville and it’s easy to get caught up in the business side of the band, so it was important for us to find a quiet, beautiful place to write,” Dupuis explained. “We had a couple of shows in Michigan scheduled, with some off days in between. My uncle owns a hunting lodge not far from where I grew up (Freeland), so the timing and location just worked out perfectly. This was a lot different than anything we had done before. We had written together, but not as a group in such a secluded space. It came surprisingly easy to us. For me, just being in my home state was inspiring. I was able to draw from childhood nostalgia growing up near the woods. Everyone came into the situation with open minds and just a hunger to create, which as a band, is such a beautiful thing to experience.”

Asked what has been the most significant change experienced on their travels since Roanoke was born, Dupuis offered, “I think we have just been touring smarter. Learning a lot as we go. Working hard, but not doing anything to wear us out too much. We get to bed at a decent time, and are careful not to drink too much if we have an early load-in the next day. Taking care of our health and well-being, so we can put on the best show we can. Staying with a host, or squeezing six people into a hotel room so we can save some money. Working hard to be of sound body and mind has been pertinent, along with being willing to compromise.”

Roanoke have even found joy during moments of stress. Dupuis recalls traveling in separate vans with another Nashville band — Zoë Nutt & the Union — and getting stuck in a traffic jam that lasted nearly two hours. How did they handle the situation? Maybe with a nod and wink to La La Land‘s opening scene, by creating some musical jams of their own among the stranded vehicles on the highway. “Sometimes really bizarre, beautiful moments like that will happen while touring,” Dupuis said. 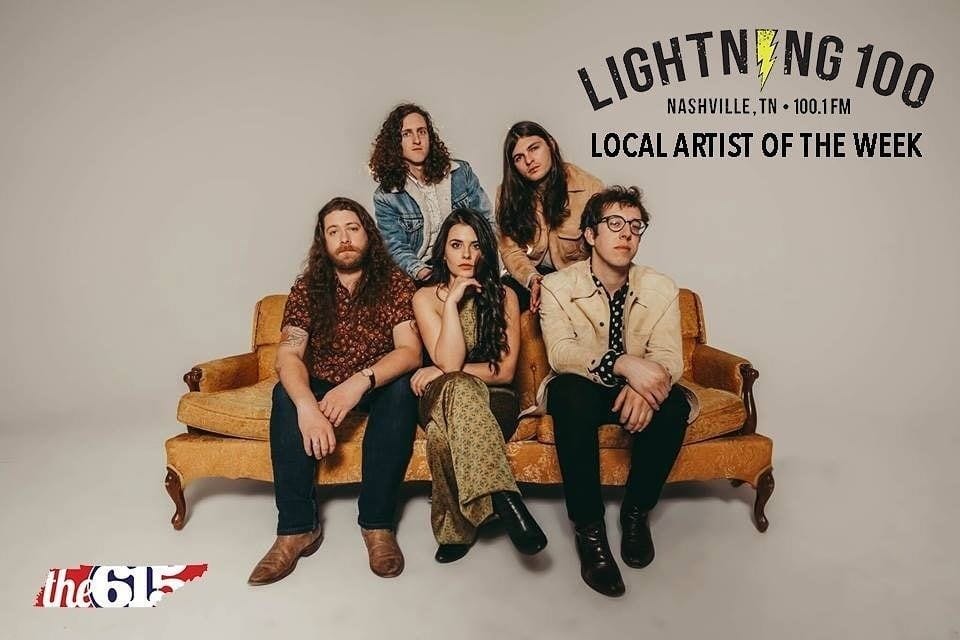 To top off a splendid start to October, when they were named local artist of the week by Lightning 100 (100.1 FM), Roanoke will play before a home crowd tonight at the High Watt in Nashville in support of the Lil Smokies. Doors open at 7 p.m. and the show begins at 8. Then, before you know it, the band with a jam-packed touring schedule this summer will be back in the van again for what Dupuis has called “a replenishing experience.”

That doesn’t mean they can avoid all the roadblocks set along the long and winding (and sometimes lonely) cross-country interstates.

“I feel very lucky to be able to share our music with people around the country,” Dupuis said, sizing up the pros and cons of this highway of life. “I think that people have a certain impression of bands on the road. That we are living the dream, traveling around, partying with friends, playing music night after night, staying in hotels. And although I feel very blessed to be doing what we do, that’s not really what touring is to me. People don’t really see the dirty side of touring. Sometimes it’s sleeping on floors or parking lots, it’s only having enough money to afford fast food, it’s missing home, dealing with personal issues, trying to stay mentally and physically healthy, smiling and playing in 100 degree weather, getting paid next to nothing, playing to empty bars and, after all of that, still having to get onstage and sell a performance, and connect to the audience.

“But luckily, the good outweighs the bad. I feel very blessed to be traveling with my best friends, seeing new and beautiful places and meeting new people who, time and time again, have welcomed us like family. It’s helped me to see a lot of good in people. One of my favorite things about being on the road is, of course, getting onstage and putting on a memorable show. There’s something so magical about the energy felt between a good audience and a performer. I’ve seen our music move people in ways I could never have dreamed, and that right there is worth the grind for me.”

Life, apparently, is a highway for Dupuis and Roanoke, who never seem to run out of gas.

ON THE ROAD WITH TAYLOR DUPUIS

Roanoke’s lead singer and guitarist, who will celebrate her 28th birthday on Halloween, discusses the thrills and chills she discovers on the road to utopia.

Where is your favorite tour stop (and why?)

I have a few favorites. I always love to go back home to Michigan (born and raised in Freeland) to play shows. It’s such a beautiful place, full of childhood memories, so it’s always a very moving experience for me to go there and play music. And I get to see my friends and family and their support over the years has been incredible. Roanoke, Virginia, has been a really great stop for us, along with Madison, Wisconsin. In both cities, we were lucky enough to meet so many amazing people who always treat us like family, and the shows there are always really special.

Which place would you most like to add to your tour itinerary (and why)?

I would really love to go to the UK, Ireland, Scotland. First off, because of how beautiful it would be, and second, I keep hearing amazing things from other artists who talk about how everyone there is just a diehard music lover. I think it would be a very inspiring experience.

What’s the band’s go-­to snack on the road?

It depends on who you ask! Joey and I try to stay pretty healthy. I’m a big fan of apples and other fruit, but when I cave, I generally make everyone stop at least twice a run for ice cream. Kyle can’t resist a donut. Snacking is a constant battle.

What’s the best advice you’ve ever received from another touring musician regarding how to deal with the rigors of the road?

Enjoy the journey while you can. And always bring extra socks.

Who is the best band/performer you’ve seen live (and why)? What details from the show made it stand out from the rest?

That is a tough one. I have seen so many inspiring live bands. My favorite live performances are the ones that make you feel to the point of tears. The ones that don’t need much, just the raw passion of the performers and real songs. Seeing Stevie Nicks will always be the most memorable. She is just a force of nature, and has a way of making you feel the magic in the room. Just an effortless, dreamy, epic performance that draws you in. I saw Yola Carter, an artist from the UK, for the first time at Americanafest a few years back and she always blows me away. Her presence onstage is just breathtaking. She oozes confidence, strength and just pure emotion, and her voice is out of this world. Jason Isbell is another memorable performance. We got to see him at a festival we played in Georgia and at the Ryman. His songs and performances have a way of pulling at every heartstring. The chemistry of the band (the 400 Unit) was really lovely to watch as well. Each and every bandmate is a master of their craft, and they just find a beautiful way to dance around each other and create something amazing. I love artists who are able to let you in, let you see a side of them and create a reflection of you through their music. I think that’s why some people often go to see live music.