Most of us who can measure our pop culture coming of age with the advent of MTV in the late summer of 1981 regularly look back on the days before that long ago once relevant program with a mixture of regret and longing. Let’s say we were entering our senior year of high school as MTV came to define expectations and value judgements. We had been faithful Rolling Stone readers for at least half a decade, getting our music and cultural commentary from the likes of Cameron Crowe, Greil Marcus, Hunter Thompson, and many others. Before MTV, and many decades before the carefully calibrated algorithms of Netflix, Amazon, Google and Facebook catered to what we might want based on previous spending habits and search engine interests, we read great critics.

Of course, these writers were more than just critics. They were more than just reviewers constrained by space limitations in weekly (usually) free alternative newspapers like
The Boston Phoenix and The Village Voice (both now defunct). They knew their role was to comment, criticize, reflect, and reconfigure the familiar book, film, song, or album within the context of a bigger picture. The best writers were those who saw it as their mission to branch out beyond just what was assigned by their editors or even what they requested once they saw an item was available. These writers were catholic in their tastes and agnostic in their determination to bring a singular perspective to every subject gathered under their big tent.

Call them critics, gadflies, talking heads, professional cultural thinkers, or thought manipulators. No matter the name, Robert Christgau (
interviewed here by PopMatters’ Steve Horowitz) has been at the forefront of American essayists, writers, critics, and cultural thinkers for approximately the past 40 years. Christgau might have given himself the title “Dean of American Rock Critics” in the early ’70s as a sort of joke, but what was self-proclaimed when any indication of musical artistic credibility or financial success hinged on the raves of a record reviewer rather than the accuracy of an algorithm quickly became a legitimate title. Christgau’s “Pazz & Jop Dean’s List” became the go-to source for the music that was on, the sounds removed, and the path ahead.

Christgau’s
Book Reports: A Music Critic on His First Love, Which Was Reading is a generally strong, sometimes leaden, but overall a wonderful sampling of a man’s life’s work beyond the word limit constraints of his 37 years at The Village Voice or columns for the Barnes & Noble Review. Though there’s no definite sense he was working under such constraints, considerations of column inches (or online bandwidth) always seem to be hovering through the previously published pieces. There are 94 articles in this volume, some appearing in print for the first time and others as lecture-style essays presented at Seattle’s EMP (Experience Music Project) Pop Conference. 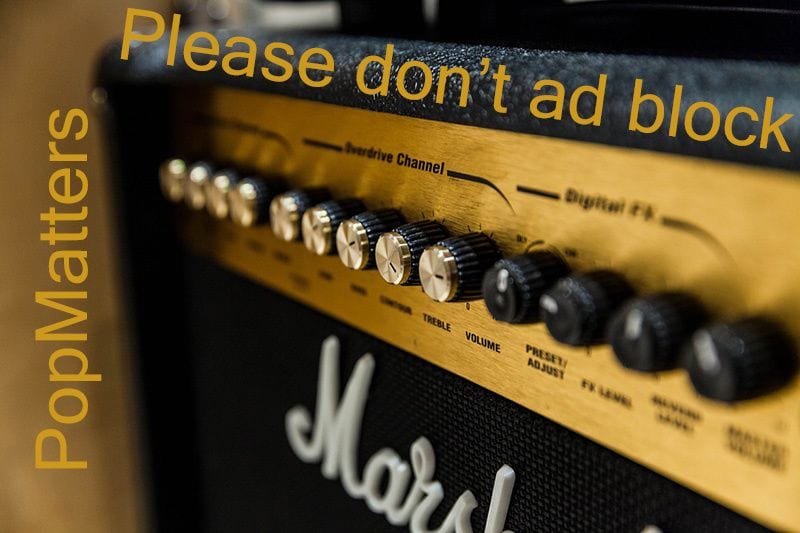 It would be both futile and ridiculous to put each article through this reader’s microscope. They’re not all filled with literary flourishes elevating or bringing down their subject. Also, the common through line here isn’t just that Christgau is steering the ship, finding his voice, developing a perspective, and building an ideological bridge on which he is determined to die. The common bond is reading. He tells us in his introduction:

“I’m struck by how the appetites reading sated when I was seven still sit there with their mouths open today: for language, information, ideas, narrative pull.”

The fact that Christgau is citing some 70 years of his life is proven by the breadth and scope of this volume. There are seven sections to consider: “Collectibles” (anthologies), “From Blackface Minstrelsy to Track and Hook”, “Critical Practice”, “Lives In Music Inside and Out”, “Fictions”, “Bohemia Meets Hegemony”, and “Culture Meets Capital”. Music autobiographies (Bruce Springsteen’s Born to Run) meet the cutthroat business of music (Fred Goodman’s Mansion on the Hill) meets critiques of the music critics (Jon Landau’s It’s Too Late to Stop Now) meets incisive biographies (of Jerry Lee Lewis, Sam Cooke), memoirs (Bob Dylan, Rod Stewart, Donald Fagen), and the novels of Walter Mosley. The final section weighs down Book Reports a bit too much for comfort. Christgau is an informed and sharp writer on Bohemian life and the culture of economics, but these sections might have been better served in a separate volume. The reader eager to pore through the material in the first five sections will certainly finish the book, but mainly out of a sense of obligation, always aware that the reasoning for the inclusion of all this material can be found in the last paragraph of the Introduction:

“…I’ve re-printed these polished, pruned, and occasionally revised reviews and essays because my standard method is to condense, interpret, and contextualize what the book at hand has to tell my readers what they didn’t know, which I generally didn’t know either… to inform. I want you to know this stuff… deepen your knowledge… find out whether you get what I do from it.”

This is certainly the noble mission of any old school critic, and Christgau has never seemed to let that go. It’s equal parts refreshing and exhausting. Christgau’s informed tone is strong enough to make us forgive the sometimes pedantic pontification of the final section. Christgau can chart the waters of the economy, but he’s better writing about music and musicians and how they often worked together to both respond to or reflect the core surrounding culture. Consider how he takes David Hadju to task about his unwillingness to dig deeper into the complexities of Positively Fourth Street. He gets deeper into Please Kill Me, the popular oral history of punk: “In part, the book’s appeal is sheer voyeurism… The defense of punk’s flirtation with Nazi imagery is also plausible.”

Christgau seems able to see ulterior motivations and tones beneath some of the books he’s examining. He’s convinced that inMansion on the Hill, which included Bruce Springsteen as one of its subjects, author Fred Goodman might have had “…some unstated personal animus against the artist…” Christgau is at his most incisive and energized in “Impolite Discourse”, in which he pores through three titles about and from music writers:

“…I have a personal interest in the books that follow… in two of the three I am explicitly and personally attacked… I would be disingenuous not to address a couple of grating factual issues.”

The reader coming upon this nearly 20-year-old article will be most likely willing to indulge Christgau his right to vent if only because the end result is so clear. He pays Nick Tosches his due, and later writes succinctly about intellectual music writer Simon Frith. We are re-introduced to many great (and notorious) names here. Read Christgau’s take on William York’s Who’s Who in Rock Music:

It’s easy to wax poetically and eloquently about things you like. Christgau is wise here in his choice not to overload this book with rave reviews. Instead, he wisely focuses on the truly critical works. Of James Miller’s Flowers in the Dustbin Christgau writes: “The tome remains detached, authoritative, as if crudity were as objective and value-free a quality as color of chart position.” In “Great Book of Fire”, (covering dueling Jerry Lee Lewis biographies from Nick Tosches and Robert Palmer), Christgau argues that Greil Marcus’s Mystery Train was (up until the 1982 publication date of this essay) the only truly good rock criticism literature. Christgau knows both books are strong in their ways, but they have to battle with the looming and divisive shadow of their subject. Christgau covers Peter Guralnick’s massive and meticulous 2005 Sam Cooke biography Dream Boogie, but he calls the author on his restraint. Even in a book as massive as Guralnick’s, Christgau wants the author to be more visible.

The “Bobby and Dave” section is a strong look at Dylan’s memoir ( Chronicles: Volume One) and Dave Van Ronk’s (The Mayor of MacDougal Street.) Christgau knows they’re perfect companions both in the early lives they shared in Greenwich Village and in this text. Of Dylan, he writes: “…great-not-good”, whereas Van Ronk’s book is “…more measured.” Christgau sees how Dylan’s book was equal parts graceful, clear-headed, and probably more fictional than authentic, in keeping with Dylan’s life-long mission to build his myth and stay with it. Van Ronk, five years Dylan’s elder, died before he could complete this project and it was carefully concluded by Elijah Wald. Of Patti Smith’s M Train, Christgau knows that its biggest strength rests in the fact that it never mentions rock ‘n’ roll; it’s an 18-month diary in which the writer buys a house. Christgau finds a way to connect Rod Stewart’s Rod: The Autobiography and Donald Fagen’s Eminent Hipsters into one review called “The Cynic and the Bloke”, and makes it clear where his allegiances stand: “One reason I ended up so impressed by Stewart’s cheerful cheek was the contrast it provided with Fagen’s sour puss…” Stewart and Fagen would never have shared a bill in the wildest of worlds, but they fit well together in Christgau’s hands. Music remains a highlight in Christgau’s discussion of Bruce Springsteen’s 2016 autobiography Born to Run. Christgau notes — not as a fault but more as a fact — that it “…reads like it was written by an analyst… and that’s good. This is someone who’s thought a lot about his upbringing…”

The best entries in the “Fictions” section are Christgau’s examinations of George Orwell’s 1984, R. Crumb’s adaptation of Genesis (“The sex panels radiate a playful affection absent from Crumb’s porno…”) and a survey of Walter Mosley’s work. It’s especially apparent in the Mosley essay that Christgau connects with a writer whose tastes and abilities in various genres are equally impressive in the spectrum they cover. Most of us will leave Book Reports with our previously held beliefs validated and our appreciation of the form confirmed. There are few critics working today with the life-long commitment, focus, and curiosity of Robert Christgau. Book Reports doesn’t scan the over half-century of the man’s work, and that’s what makes it all the more impressive. He’s still searching, still pulling volumes from the shelves, looking at new or old ideas, cracking open the spines of preconceived notions all in the service of taking just one more look before walking away with the promise of yet another return.