Frozen Flowers Curse the Day is the new album by avant-garde guitarist Robert Poss, a founding member of the legendary group Band of Susans. Poss says that he sees the album more as a compilation of ideas, now that the album-tour-album cycle he came of age in is largely a thing of the past.

The music continues Poss’s obsession with drones and musical textures and, like his previous effort Settings: Music For Dance, Film, Fashion and Industry, there are pieces created for modern dance companies. Along the way there are ambient and experimental pieces that will appeal to fans of Bands of Susans alongside adventurous listeners hearing Poss for the first time.

The album is a wide-ranging collection that is, alternately, incredibly succinct in its purpose, an adventure for the ears that gently guides the listener into previously unknown landscapes with patience and kindness. Poss is an avuncular frontiersman who refuses to forsake musicality for unrepentant weirdness.

When did this material begin taking shape?

It ranges from things that were done two months ago to things that were written in the last few years. Some of the tracks are pieces I wrote for Alexandra Beller/Dances, a dance company I worked extensively with for about 10 years. Some of the things I did for Alexandra appeared on my last record, Settings. I decided to re-work a couple of the tracks for this new release. Another of the tracks is something I wrote for the choreographer Sally Gross. She was an eminent choreographer who died a few years ago. One of the last performances that I did, I recorded live and used an excerpt from that.

Tell me about the title of the album: Frozen Flowers Curse the Day. It has this poetic element to it. It stands alone but also seems to stand for something larger.

The first song is called “More Frozen Flowers” and the last song is called “You’ll Curse the Day”. Those are two very different songs. The opening piece is something I wrote for Alexandra and which was performed in the dance company. “You’ll Curse the Day” was a really old song I had kicking around. It was very straight-ahead, conventional. I was thinking about titles and it just sort of came to me that those two songs summed up the two poles of the CD. One being first, one being last. When I put the words together I liked the title. It’s meant to be somewhat abstract and somewhat inscrutable.

When did you first become aware of musical drones?

That happened early on because in addition to playing in rock bands and blues bands and blues-punk, various hybrid things that I did in the late ’70s and early ’80s, I was introduced to this composer Phill Niblock by Susan Stenger, my main collaborator in Band of Susans. He’s a composer and filmmaker who works exclusively with drones. They’re slightly detuned drones of various instruments ranging from a digeridoo to saxophone to electric guitar.

But even before that, I was drawn to Indian music and the idea of drones. That dovetailed nicely with my interest in the New York minimalist scene: La Monte Young, Rhys Chatham, who I worked with. He didn’t really use drones so much but was in a similar field. It’s something I’ve always liked, and even in rock music, I’ve appreciated that. Certain Rolling Stones songs will have a Mellotron drone or a shehnai, a double reed instrument, at the end. It’s sort of been most of my musical life other than my earliest years.

What was it like to turn the corner from rock music the more experimental, avant-garde stuff?

I’d always had one foot in so-called “serious” music and one foot in rock, so when I went to college, I was lucky enough to be at a university where Alvin Lucier was teaching and got work with Nicolas Collins. I got involved in electronic music and Susan Stenger introduced me to all these great composers: Julius Eastman, Petr Kotik, John Cage, David Tudor.

Band of Susans was sort of an attempt to bring back some of that orchestral, more composed stuff into a rock band format. I’ve incorporated that into my solo work both before and after. I also got very involved in analog modular synthesizers in the ’90s. It wasn’t so much turning a corner as tilting my head a little bit and listening slightly differently. 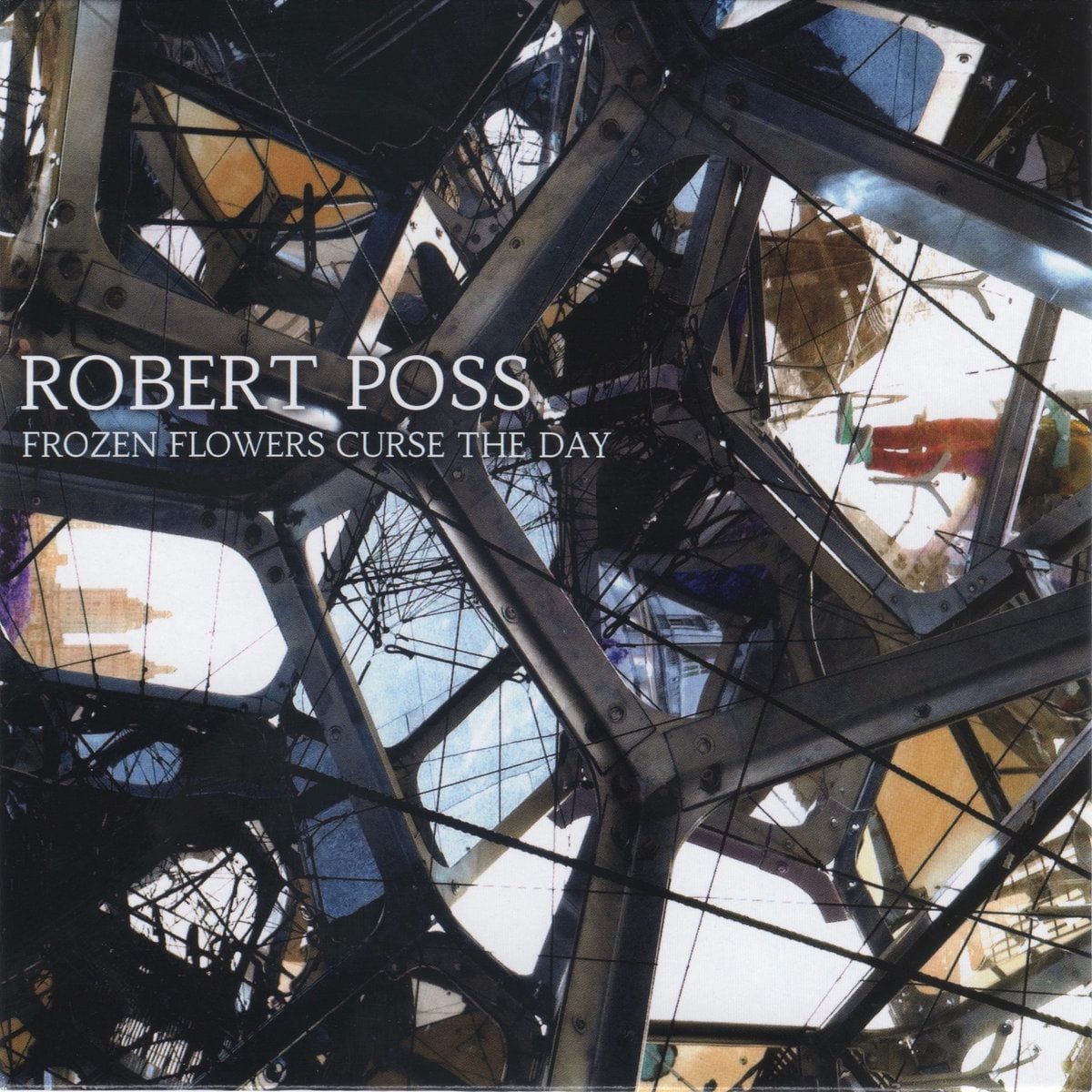 Did you get excited about starting to hear some of the more mainstream bands incorporate some of those elements into the music?

Public Image Ltd used some of this stuff. I was even in that band for about two weeks, although that’s another story that’s already out there. U2 used a sort of a pedal point drone and My Bloody Valentine, who were friends and contemporaries of ours. It’s been there. But even if you go back to some early types of blues, it’s just one chord. That’s in some John Lee Hooker stuff, even stuff from the 1930s, 1940s and 1950s. A lot of it has an implied drone in that it’s one chord and the bass string is just sort of continuous. The guitar is essentially providing a drone and the singer sings against it.

I teach a course in rock music and the avant-garde, and I’ve had students listen to Music For 18 Musicians. In the early days of the class, some of them didn’t know what to make of it. Now when they respond, they’re practically shouting, “This is EDM! This is EDM!”

That’s one of the amazing things about social media and the Internet: A lot of stuff that was compartmentalized and was not all that accessible is not instantaneously accessible to everybody. Somebody might be interested in Sonic Youth, and they read some reference to the Fluxus movement. They go off, Google it and find some recording.

It’s amazing. I’ll mention Sun Ra or something I think is reasonably obscure to a young person and of course, they know all about it because they saw someone drop the name in an article and then went and checked it out. People are somewhat more open-minded because of this ability to experience new things in that manner. Now, of course, the downside of that is that people have shorter attention spans. It’s a little harder to get them to focus on things.

I sometimes think that if Band of Susans had started in 1996 instead of 1986, we would have had a whole different audience. People would have been more receptive to certain aspects of what we were doing just because musical education in the colloquial sense, in the intuitive sense, is actually greater now than it used to be.

What does that mean for you as a musician who’s trying to put new work out into the world?

I’ve never been particularly great at the commercial side of things. Although when I put out the first Band of Susans record myself, I really did do an insane amount of obsessive-compulsive research about every publication, every fanzine. Every radio station. That’s how the record got into the hands of John Peel.

My version of the record got sent over to England. He got it; he played it. And it got into the hands of the critic Robert Palmer of the The New York Times. The day the first New York Times review appeared, I got these calls from people, from publicists at major record labels. They’d say, “How did you get that record in The New York Times?” I’d say, “I put it in a box, and I went to the post office.”

That’s all I did! Now, I’m talking about the old days, 1986-87. I guess, though, the good thing now is that it’s very easy for me to get my stuff heard by people in other countries.

Band of Susans is long retired, but the music’s out there forever, and you seem comfortable acknowledging it. What’s allowed you to have a continued relationship with that music?

I still get letters and emails from Malaysia and Argentina, and other places and people will say, “I just discovered Band of Susans, and I really like it!” Occasionally there’s interest in it. I’m proud of that work. It was about nine years, and it was the most popular and prominent thing that I did. We got to tour all over the U.S. We toured in 12 countries in Europe and played shows with My Bloody Valentine and Dinosaur Jr., Throwing Muses. To me, that’s what I’m known for and rightfully so. It was my band in the sense that I put it together and composed a lot of the music.

I still revisit that material from time to time. I have all the multitrack digitized. Interestingly enough, one of the songs on the new album, “Sketch 72”, uses a drum part from a Band of Susans song that I just repurposed. I just pulled the drums off the track and wrote a new song. I hope to do that again because it was really fun.

But we’re not going to put the band back together; we’re not going to make new records. I still collaborate with Susan Stenger, she lives in London, and occasionally we get together. I have no conflicts about it. Having a rock band is the greatest thing in the world, and it’s also the worst thing. Rehearsals, tour, money. The older you get, the more difficult it is to intrude on someone’s family life and someone’s occupational life. I would love to have a band. On the other hand, I’m happy to not be on the phone constantly.