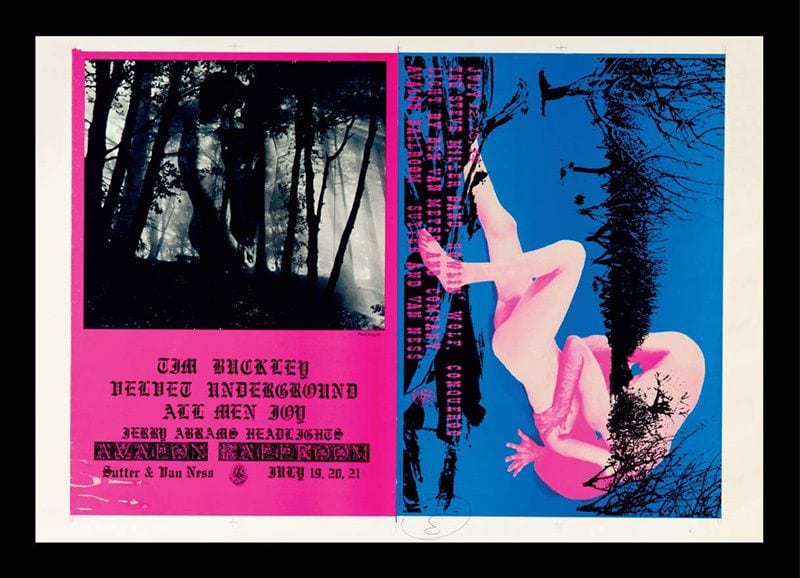 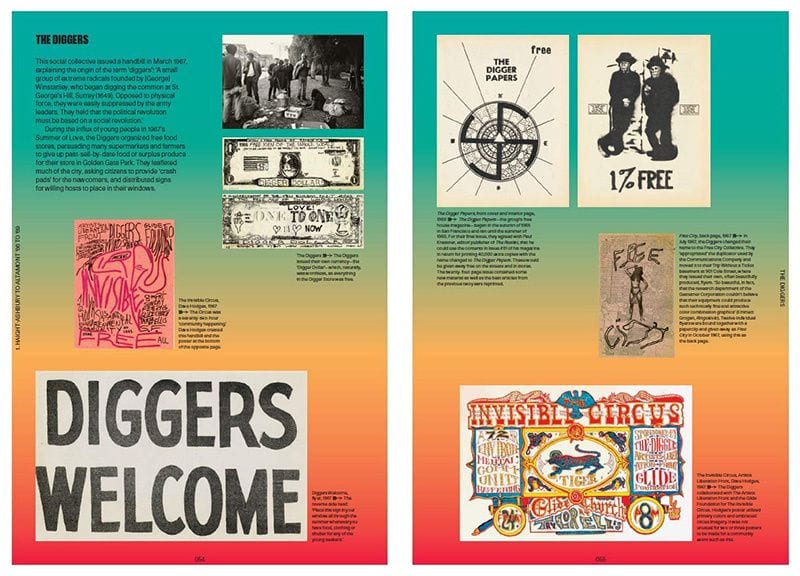 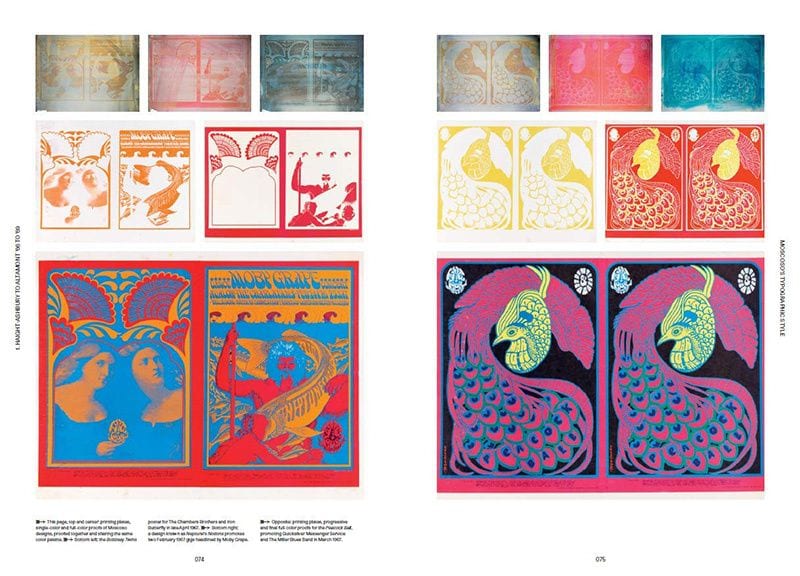 “‘It clicked: Reverse everything I had ever learned! A poster should transmit its message quickly and simply? No! Our posters were taking as long as they could to be read, and were hanging up the viewer!'”
— Victor Moscoso, p. 28

The artwork associated with rock music from the ’60s to the ’80s is as varied and influential the groups from the era. Rock Graphic Originals: Revolutions in Sonic Art from Plate to Print ’55-’88 is a collection of rock art—posters, album covers, magazine spreads, etc.—that focus on specific artists, their processes, and the ongoing motifs that present themselves in the work.

This beautiful book is curated by Peter Golding, a designer and a major collector of graphic rock art, with an introduction and insight into the cultural context of the posters by author Barry Miles. Both Golding and Miles are well versed in not only the art, but in the time period it was created, the artists it was created for, and the creators themselves. In attempting to offer more than just a catalog of the artwork, Golding and Miles paint a fuller picture of the cultural zeitgeist.

Focusing heavily on some of the period’s heavy hitters, such as the San Francisco Five: Victor Moscoso, Rick Griffin, Stanley Mouse and Alton Kelley, and Wes Wilson, the book delves into their influences and artistic choices. These artists were purposefully changing what posters could be. No longer were they merely an advertisement for an artist or a show, now they were an artistic statement on their own, which would often become inextricably linked to the subject of the art. For example, just as Mouse and Kelley’s skeleton with roses became the unmistakable logo for The Grateful Dead in the ’60s, their airbrushed album covers for Journey and other bands from the ’70s evoked a similarly recognizable style.

Moscoso’s work is a perfectly representative example of the shifting techniques and artistic leaps being made around the burgeoning rock scene in San Francisco. His use of color — often bright, clashing, and saturated — along with his typographic choices, made his work original. Similarly, Griffin’s lettering — e.g., flying eyeballs, and use of Native American imagery –would also set his work apart. Though he incorporated his comics background into his early work, Griffin also became a painter and borrowed from historic engravings to create new images. An inability to be completely pinned down to one style is an ongoing theme for many of the artists represented here.

Maybe somewhat lesser known, Rock Graphic Originals also devotes pages to the art of Dennis Nolan and Lee Conklin, both known for the their drawing skills, evidenced by Nolan’s poster for a Big Brother and the Holding Company gig at the Avalon Ballroom, and Conklin’s famous cover of Santana’s first album.

In addition to focusing on individual artists, the book also includes profiles of magazines, artistic influences, and social collectives. By placing them alongside artists, their importance and influence is acknowledged as similarly integral to the artistic movement. Magazines such as Gandalf’s Garden and Miles’ own International Times were heavily steeped in the same psychedelic imagery that would appear in much of the rock art of the time. Further, comics art and Art Nouveau—particularly in fonts—allowed artists to take techniques and motifs from various spectrums of the art world and create a new hybrid form.

Relying most heavily on the posters of the ’60s, covering musicians such as The Grateful Dead and Bob Dylan, Rock Graphic Originals also includes artwork from the ’70s and ’80s. Poster art from the ’80s is least represented, though the poster art of that era has its own distinction. Curated by Golding (and featuring art from his and Miles’ own collections) this collection skews to the earlier days of rock graphics when music and the posters were unquestionably part of the cultural and political changes of the time.

It’s no easy feat to encapsulate such an iconic time in the fusion of art and music amidst a shifting social landscape, in a book that serves as both a portfolio for many of the seminal artists and a history lesson of the era but it’s done well, here. Beautifully presented with full-page images and bright reproductions, Rock Graphic Originals is a terrific primer on rock music poster art.