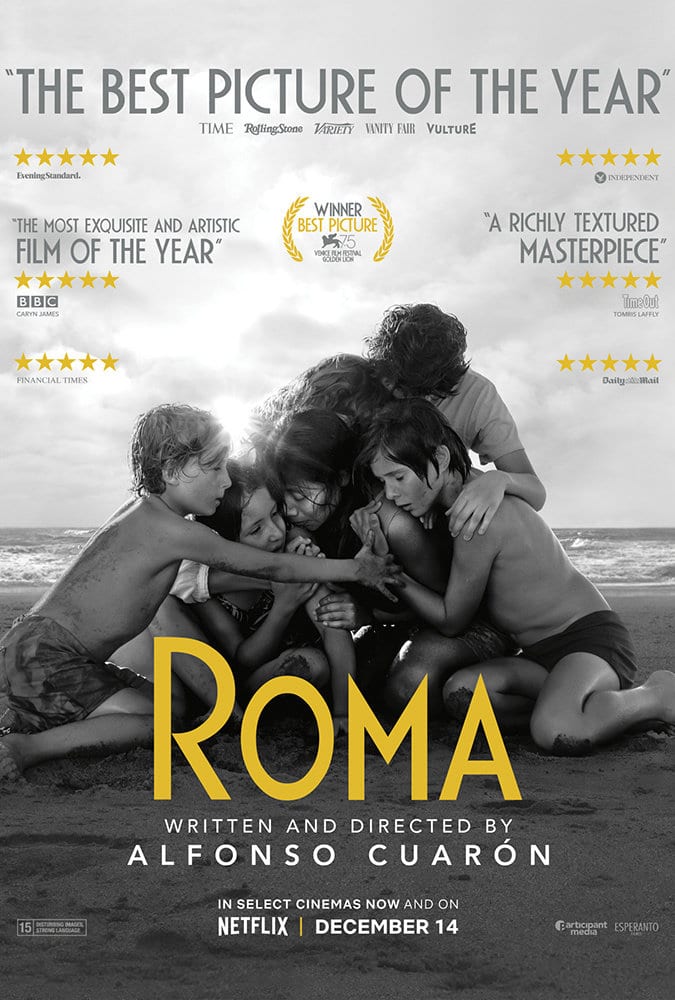 You could argue that Alfonso Cuarón’s gorgeously imagined and intimate epic Roma invokes politics when convenient for dramatic impact but ignores their context in order to move forward with the family melodrama at its core. Why, for instance, does nobody talk about why the students are protesting in the massive street demonstration that some of the characters are shocked to be caught up in? But to follow this argument would entail making the assumption that all people are fully cognizant of the political turmoil occurring around them. In Cuarón’s story, nobody understands everything and they are often at the mercy of other forces.

The center of this elliptical and slow-building slice-of-life narrative is Cleo (Yalitza Aparicio), a maid working for a family in the Mexico City neighborhood that gives the movie its name. A quiet and watchful presence, she works at a steady, unhurried pace while the household’s children bustle and scream and play. If Cleo has opinions about what’s going on, particularly the unwinding marriage of the flinty matriarch Sofia (the nervy Marina de Tavira) and the distant academic father Tonio (Fernando Grediaga), she keeps them to herself. Her conversations with the other maid, Adela (Nancy Garcia Garcia), held in their native Mixteco, are light gossip and mostly inconsequential.

With slow patience, Cuarón builds his story out from a neatly built set of household routines like minding the dog and getting the kids to school. The spare soundtrack and minimal black-and-white cinematography cannot help but call to mind the aesthetic of mid-century autuers. There’s a little of Bergman’s diligent accretion of detail here, a dash there of Italian neorealist attention to and love of street life. The neighborhood itself, with its elegant old early 20th century homes with gates and courtyards, plus bustling streets and a grandly palatial movie theater, becomes part of the movie’s patient but busy scenery. With his trademark long takes, he walks the characters through an elegantly chaotic Roma (reconstructed on a backlot by the filmmakers) and lets viewers bask in its rhythms before setting more dramatic events in motion.

Cleo’s seemingly imperturbable quietude is finally tested when her comedically peacocking and martial arts-obsessed boyfriend Fermin (Jorge Antonio Guerrero, menacing behind the clowning) ditches her after she reveals her pregnancy. Likely looking for a cause with which to vent her frustrations while keeping the secret of Tonio’s desertion from the children, Sofia takes Cleo’s news in stride, insisting that she’s family and helping out with the doctor. Maintaining the pretense of an unbroken family, Sofia hauls them all out on a ritual Christmas expedition to a clan holiday gathering at a great estate. Ranging from half-drunk lakeside target-shooting to a cloistered servants dance party to a raging wildfire halfheartedly fought by wine-sipping aristocrats, it unfurls into the kind of exquisite sequence that fully engages Cuarón’s knack for piling numerous miniature plots into one great, grand circus. 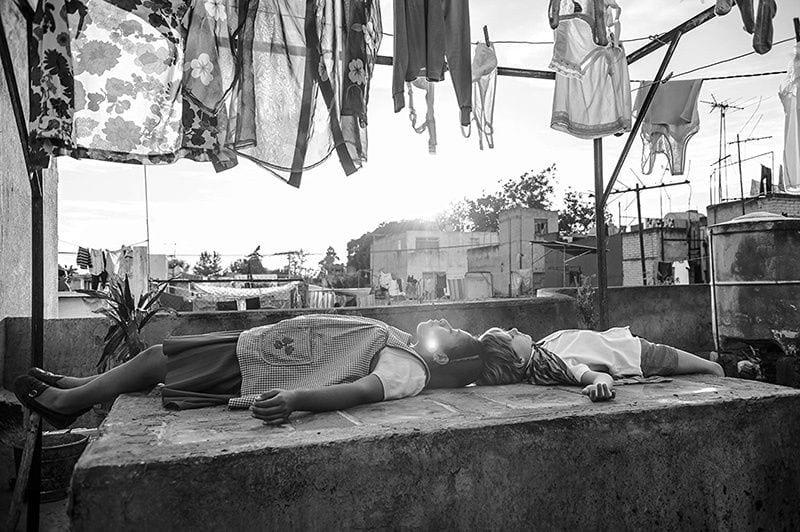 As this all takes place in 1970 and 1971, the shadow of the 1968 massacre of student demonstrators in Mexico City (the Tlatelolco Massacre) hangs over the movie, even though it’s never directly addressed. One of the children tells a story about a kid who threw a water balloon at an army jeep as a prank only to be shot in the head. Nobody reacts. Adela tells Cleo that her mother’s land back in their village was just seized by the government. No reaction. Just life in Mexico City.

Cleo chases down Fermin in a village whose muddy streets and tin-shack homes sharply outline the distance between one kind of life in Mexico and the bourgeois household she’s removed herself to. There, loudspeakers herald the supposed efforts of President Luis Echeverría Álvarez to fight poverty while a circus performer is shot out of a cannon in the background to light applause. (There are few scenes in this seemingly placid but deceptively busy movie where Cuarón isn’t playing with something in the background.)

When Cleo finally finds Fermin, he’s practicing his martial arts in a field with dozens of others. It doesn’t take a diligent student of Latin American history to presume that the American watching the training hails from some black-ops agency looking to keep the student Marxists under control. When the low murmur of dissent explodes, it catches Cleo and the children inside a running street battle that disappears as quickly and inexplicably as it begins. But the repercussions of that violence will reverberate through the rest of this sprawling and joyfully sad movie, just as it likely will through the rest of these characters’ lives. They will continue to be swept along by history and life, and there’s nothing to be done about it.