As in its first season, the main obstacle preventing the Duplass brothers’ horror anthology series Room 104 from truly becoming the thought-provoking, incisive show it hopes to be is a simple failure of form. (The show’s episodes range from 20- to 29-minutes long.) A lot can be accomplished in 30 minutes or less, of course, but not as often when characters are physically confined within a small space, or when tension is built simply to be dropped or left unexplained. In the span of a whole season, several disappointing endings becomes too much even with a compelling payoff or two thrown in the mix.

Such is the case with Room 104 season 2, which manages to bore, bemuse, excite and occasionally terrify all within the span of a few episodes. By the end of this season there will be 24 episodes in total, and such inconsistency will likely prove to be too much of a rollercoaster ride for many viewers. On the other hand, some may forgive the series’ weaknesses on behalf of its audacious experimentation. I find myself sitting somewhere in the middle, baffled by the series’ misfires but intrigued by its random gems of insight.

Take “Woman in the Wall”, an episode from the new season directed by Gaby Hoffman and starring Dolly Wells as an exhausted, mysteriously ailed woman who starts hearing another woman’s voice coming from inside the hotel walls. Wells herself is the drawing point, expertly unraveling the fragility of a lonely and guarded character as she begins to accept the voice as a potential friend and comfort. It’s not an eerie episode so much as it is a deeply sad one — one filled with empathy for the outsiders of the world struggling to come to terms with their very otherness. But it’s when the series does more than just shock or scare, as it does here, that Room 104 allows itself to shine.

A similar effect can be found in the episodes “Hungry” and “Arnold”, which respectively feature a pair of men meeting in the room for a particularly unique (if not precisely sexual) encounter and an introverted man played by Brian Tyree Henry singing his way through a bout of temporary amnesia. At the core of both episodes is, once again, misfits dealing with the harassment and pushback they receive from the outside world. The two men in “Hungry”, played by Mark Proksch and Kent Osborne, unite not out of attraction or lust, but out of a particularly strange shared interest. As the police arrive to apprehend them on suspicion of assault, the men defend their actions by attempting to normalize themselves: They speak in even tones, explain that they’re not, in fact, gay (one of them is married to a woman, who sent the police in the first place) and even demonstrate a breadth of knowledge that suggests that the decision was well-researched in order to fend off any potential illegalities. It’s also one of the most uncomfortable episodes of the whole series, as the true nature of their act isn’t revealed until halfway through.

“Arnold” is slightly more comical, but with a doubly sad effect. Henry’s committed performance presents a confused, agoraphobic man piecing together the events of the night before. It’s a musical episode, which works much better than it should because of Henry’s measured earnestness; as he starts to uncover more about the previous night, the narrative itself turns into a traditional love story gone awry. (A committed reader of books like Heinlein’s Stranger in a Strange Land, Arnold seemingly finds his geeky match the night before, only to be rejected after they perform an enthusiastic round of karaoke). Rejected, nerdy men frequent all forms of art, often in predictably misogynistic ways, but the episode avoids that pitfall by giving Arnold’s story a strange form and a surprisingly heartbreaking ending. That Arnold never actually leaves the room showcases an impressive ingenuity on the part of the writer and director, Mark Duplass and Julian Wass.

In such standout episodes, much of the credit belongs to the steady, supernatural force of the room itself, which displays both a welcoming energy and a chilling undercurrent of amorality. It’s as if the characters’ fates are sealed the moment they enter the room (think The Twilight Zone), which is an action more often than not predicated on some form of escape from the outside world. Those of us who’ve spent an alienating night alone in hotels much like this one will naturally understand the sense — eerie but intriguing — of being unmoored from the minutiae of day to day life. Room 104 is at its best when its subjects revel in such an escape, unaware or perhaps even drawn in by whatever sinister elements lurk beneath the surface.

On the other side of the spectrum are episodes that take the room’s supernatural potential too far, exchanging true psychological nuance for gimmicky premises and set pieces. There are, unfortunately, many examples of this bargain, some made all the more disappointing by the fact that there’s clearly a better episode hidden within. In the new season, the episodes “Mr. Mulvahill” and “Swipe Right” best illustrate this misstep.

“Mr. Mulvahill” centers on a traumatized man (Rainn Wilson) who invites an old teacher to the hotel to try and get him to admit to something that happened back in grade school. The implication — sexual abuse — couldn’t be more obvious, and yet the payoff amounts to little more than a red herring. The episode treats the incident (which, spoiler alert, isn’t sexual abuse) seriously, but in the age of #MeToo the big twist is unsatisfying and even slightly offensive.

“Swipe Right” is simply perplexing. This is the episode featuring a rapping, Russian Michael Shannon, which would be rightly amusing if the episode weren’t just a vehicle for his character’s antics. Throw in Judy Greer, a routinely underserved actor, as the poor woman who shows up for a date with this man, and you’ve got possibly one of the most disappointing episodes of the series so far.

Which brings us back to the issue of form. Anthology TV is notoriously inconsistent, as we’ve seen with shows like Black Mirror, Easy and High Maintenance. The biggest problem with Room 104, though, is that its most consistent elements are often negatives ones. Most of the episodes are either too short to leave a lasting mark or — seemingly out of an attempt at economical storytelling — not complex enough to deserve longer treatment in the first place. It’s even more noticeable given that the series runs on HBO, where nuanced hour-long programming reigns. The Duplass brothers’ influence is obvious in the level of talent on display, but in execution it feels more like a promising student film; Room 104 is noteworthy, but only inasmuch as it trusts its own potential for subtle emotional reckoning. 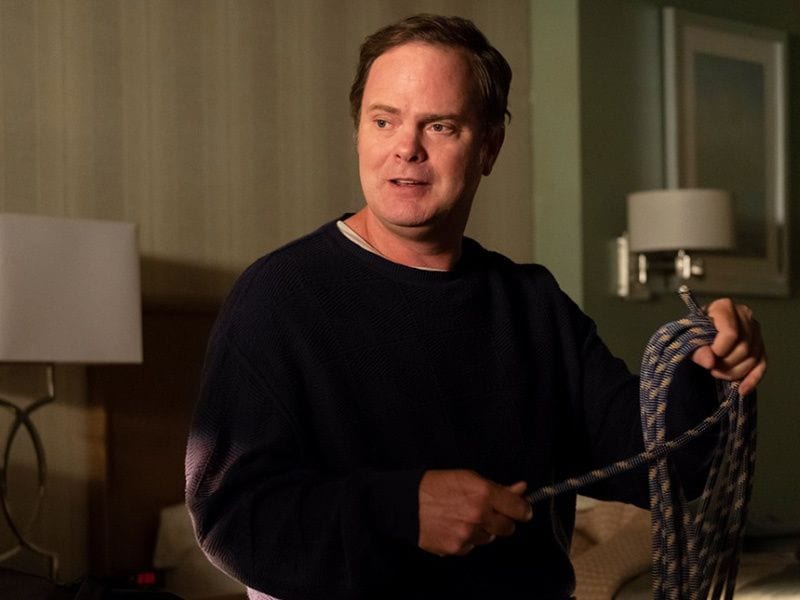