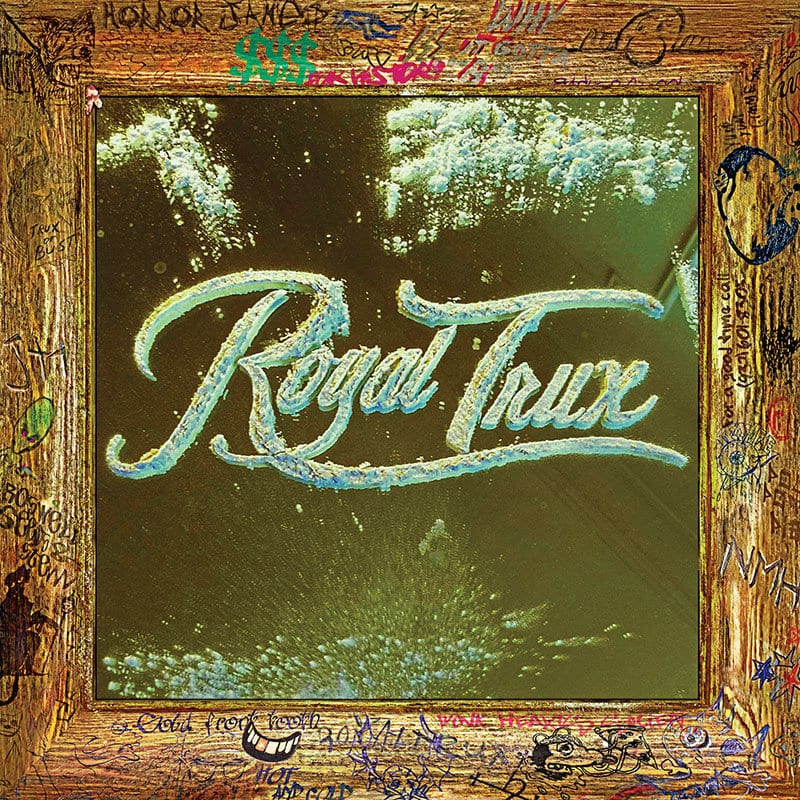 When considering the rock ‘n’ roll lifestyle, there are few bands that embraced it and lived it more fully than Royal Trux. The origins of the band track back to the late 1980s in Washington, D.C., where the duo of Neil Michael Hagerty and Jennifer Herrema established their musical identity and released their self-titled debut in 1988. Royal Trux was rock ‘n’ roll in its purest form, and it appeared to settle the vision of the duo, but soon enough Hagerty and Herrema started experimenting with additional elements. The band’s double record Twin Infinities, released in 1990 saw the realization of their true vision, incorporating noise rock qualities and featuring an experimental approach that was verging on the avant-garde.

Through the years Royal Trux wrestled between these two sides, their love for the directness of rock music in its standard form, and their need to push boundaries. Through a tumultuous journey, the band separated in 2001, following the release of Pound for Pound. However, in 2015 Hagerty and Herrema decide to resurrect Royal Trux, returning now with their first full-length in 19 years White Stuff.

So what happens to a band when they have been inactive for that long? When they release new music after almost two decades? Well, in the case of Royal Trux it feels like they never really broke up. From the starting notes of White Stuff, it feels like the group has somehow frozen time, arriving with the same energy and attitude they possessed in the late ’80s. The opening track lets in all the sleaziness of rock music, setting the tone for the record. The slow pace, cheesy lead guitar work, and pitchy vocals transport you back to the band’s inception. Their cool and dirty riffs showcase what this band is all about, and when dropping the pace as with “Year of the Dog”, they truly unleash all this rock ‘n’ roll stench goodness to the fold.

White Stuff is a love letter to rock music, and it stays in that domain for most of its duration. When it comes to experimentation, that is handled sparingly and mostly on the background. The notions and concepts of Twin Infinities are not found in this record, but Royal Trux still embrace a slight touch of noise rock at times, with the background of “Year of the Dog”. The audio effects and noise disciplines are used to create a more hazy offering, as is the case with “Purple Audacity #2”. This is an approach that also helps immensely towards producing this sweeter, more laid back tonality. “Suburban Junkie Lady” is a testament to that end, with the track revealing an almost endearing characteristic, as the guitars build this hazy urban scenery. Bluesy tones further drive this point, with “Whopper Dave” showing a very smooth and free-flowing progression, while psychedelia is never far away, and is finally revealed in all its glory with “Purple Audacity #1”.

What remains at the end with White Stuff is the sense that Royal Trux are simply having fun. It is a feeling that rushes to the surface throughout the various moments of the record, be it with the slower, downtempo moments, the heavier riffs, or the amazing guest appearance of rapper Kool Keith in “Get Used to This”. And even though this work does not find the band at its most adventurous, it is an album that completely represents what Royal Trux is all about. To retain that flame for that amount of time, and through a 14-year long break, is quite astounding.