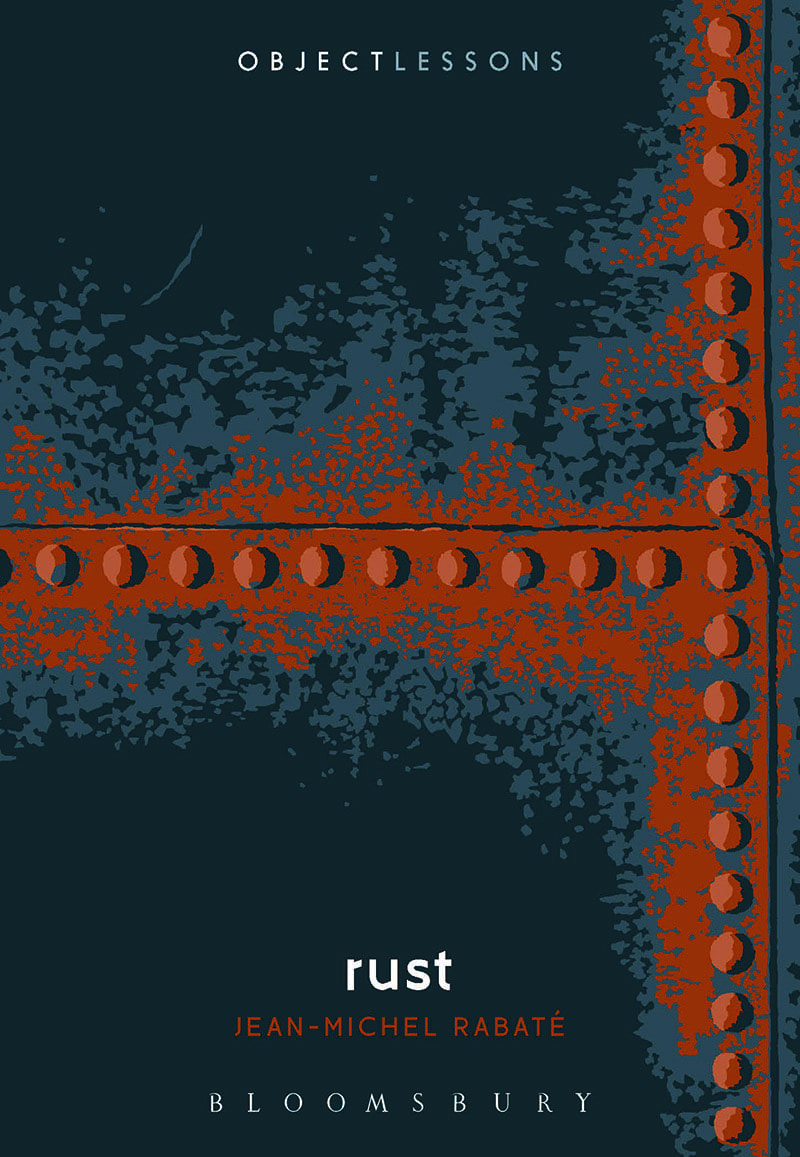 Of the overwhelming force known as rock ‘n’ roll, Neil Young wrote in the late ’70s that “rust never sleeps”. Or as Tom Petty would similarly remark 30 years later, “if you don’t run, you rust.” These are narrow exceptions to our historical tendency to characterize rust as a shameful nuisance. If we build it, rust will come. Stainless steel is not actually immune to rust and so much of the world is made of iron, right down to the blood in our veins. It’s almost as if rust courses through us.

The Eiffel Tower is almost 130 years old and has been repainted 18 times to prevent rust. Old Parisians can look at its color in a photograph and tell you what decade that photo was made. But paint can only go so far; at this point the Eiffel Tower’s parts have literally all been replaced at least once. It’s a real world example of the Ship of Theseus question: Is it still the Eiffel Tower if none of its parts are original? This fundamental identity debate is brought to us by the eternal phenomenon of rust.

Jean-Michel Rabate considers this lovely conundrum among many others in Rust, the latest from Bloomsbury’s Object Lessons series. Edited by Ian Bogost and Chris Schaberg, this series is quite possibly my favorite ongoing collection to check in on from time to time (see also: Sock, Personal Stereo, and Egg). Some of the small but book-length essays in this series treat proper objects, but some of the more delightfully weird ones are more about phenomena (see also: Traffic). Rust results in an object, of course. We know it’s everywhere because we can see it.

The author would like us to reconsider our relationship to rust, especially about whether our mission to eradicate it can or should succeed. The fact is that we cannot solve what we perceive as the problem of rust unless we abandon metals as a means of production. The only metal that doesn’t rust is gold; we cannot build cities and nations out of gold. Even if we could, there is the problem of all the things we have built so far that are not made of gold. Imagine New York City slowly sloughing off the metal in all its buildings, like a snake shedding skin.

Even if we could get rust out of our civilization, how would we get the iron out of our blood? Can’t do it. So we are living — and being — with rust. Why fight it? Can we not change our perception of its good points and put the phenomenon to better use instead? Indeed, we can. Rabate counters our instinctively negative view of rust with a surprisingly wide variety of examples drawn from philosophy as well as the arts and sciences for a strikingly and broadly convincing argument as to the merits of rust.

There are chemical formulas on page one, but do not be deterred. The first chapter runs through a gamut of film and literature across the globe—discussing an African pumpkin farmer in Coetzee’s fiction, a Rust Belt memoir, a Chinese documentary about industrial decadence and decay, and others—in order to arrive at some understanding of how we use rust as a metaphor for human growth activities, because we sometimes feel ourselves undergoing damage or parasitism via the passage of time. This begins to shed light on the fact that we do often see the beauty of rust, even if we don’t always value its utility.

Subsequent chapters approach the dialectical, idiomatic and aesthetic implications of rust in a more philosophical manner. Though basically all of the Object Lessons books are written by those who could be considered experts in the field of their particular chosen object, some steer clear of technical vocabularies or give explanations of their field work that are geared toward the typical understanding of laypeople. Based on the half dozen volumes in the series that I have read, Rabate is at the high end of the spectrum for presumption of audience background knowledge. Rust is still engaging for the general reader, but some folks may need to pause to look up Deleuze or Benjamin or something.

One chapter moves from Hegel to Ruskin, ultimately concluding that “Nature functions like a huge body in which dissociation is not a negative end-term but a relay on the way to further productions and reproductions” (42). Compared to all the other chapters, these pages relied somewhat too heavily on block quotations, which often forced the author into simply summarizing the primary texts in plain language rather than fully fleshing out his own analysis of how they work together to prove his point. On the other hand, it’s surprising to see how much his sources do make direct comment on rust and the patchwork nature of the chapter itself comes to sort of perform rusting by letting large chunks of the original Hegel and Ruskin poke through.

Another chapter moves from Hofmannsthal to Kafka, arguing through a close reading of his surrealist trademarks that “without subverting the surface of language, Kafka worked on it from within, as rust does. Playing on its fake obsolescence, Kafka lets language rust and then jokes about his rusty words” (91). The most common sense chapter is the last one, focusing on the Japanese concept of sabi. Sabi means both “rust” and “loneliness”. In a design context, it means “beautiful imperfection” (94). Think about an antiqued trunk at an over-priced furniture store that has been pre-rusted for you, or think about your great granny’s rocking chair and its particular squeak from the bolts rusted tightly into the frame.

Rabate presents rust as an imperfection with unlimited possibilities. He clarifies its role in our lives and complicates how we value its role. He brings readers his family rouille recipe and the news that some day soon, science may give us a green rust capable of cleaning our water and soil. Although Rabate doesn’t engage with mainstream pop culture rust references like those of Young or Petty, he provides plenty of food for thought as we run into these references across daily life. I, for one, have even more deep thinking to do about the meaning of who will ultimately sit on the Iron Throne when Game of Thrones concludes next year.