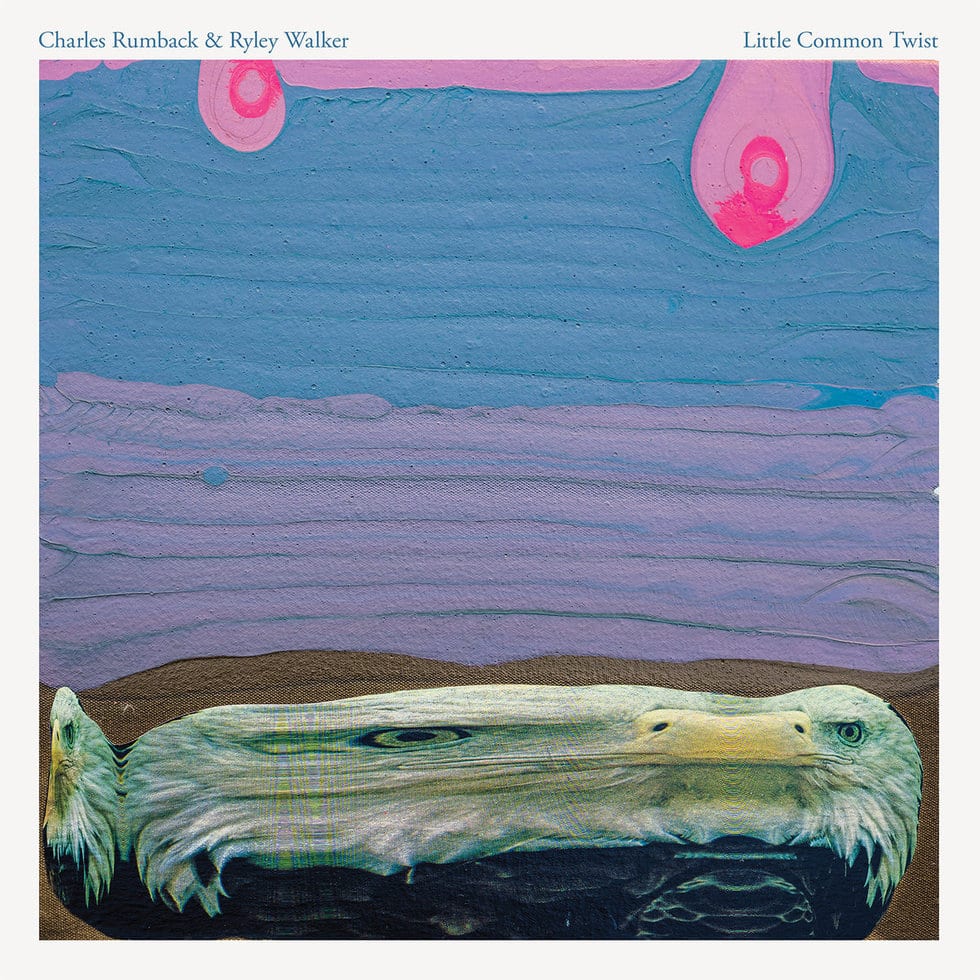 The phrase “experimental duo” may conjure up images of punk noise enthusiasts slashing away in a sweaty club or perhaps two bespectacled studio musicians throttling synthesizers. Sometimes, however, the work of two innovative musicians can produce beautiful, meditative sounds that veer somewhere between folk, jazz, and edgier, more organic forms of the ambient genre. That’s certainly the case with the new collaborative efforts of Charles Rumback and Ryley Walker.

Rumback is a drummer well-known in Chicago’s free-jazz community with roots in improvisational playing. Meanwhile, Walker’s guitar work is more rooted in folk stylings. His 2016 solo album, Golden Sings That Have Been Sung,, was widely hailed for its quasi-psychedelic take on the singer/songwriter genre). The two have collaborated in the past, on the 2016 album Cannots, and on Little Common Twist, they’re reunited and doing what they do best – bringing together their respective influences to create a collection of warm, folk-tilted instrumental improvisation.

Little Common Twist is an album that thrives not only on the two musicians playing off each other – they also seem intent on keeping the listener on their toes. “Half Joking” opens the album on gentle notes, with Walker strumming and picking away against Rumback’s brushed drumming. The song has a beautiful simplicity to it, an ebb and flow that suggests the pastoral/improvisational combination of Nick Drake in a jazz club. But the duo stretches out into a more sparse, experimental space with “Self Blind Sun”, which at times turns deathly quiet, with Rumback’s fills and Walker’s harmonics piercing the air.

Things get downright eerie with “Idiot Parade” as soft waves of groaning feedback compete against Rumback’s propulsive percussion and the bass playing of guest Nick Macri. The jazz and folk soon morph into darker, more ambient areas. This atmosphere continues on “And You, These Sang”, where Walker’s electric guitar becomes more prominent and Little Common Twist becomes more atonal and forbidding.

There’s a sense of primitivism on a song like “Ill-Fitting/No Sickness”, with Walker’s thorny guitar work echoing that of Daniel Bachman and John Fahey. It’s primarily a solo guitar piece until Rumback comes in after the halfway mark with galloping percussion. Never content to stick with one particular form of odd experimentalism, “If You’re Around and Down”, returns to the more droning, noise-oriented post-rock of earlier tracks. It’s as if Rumback and Walker refuse to sit still with one particular style so as not to be pigeonholed into a specific genre.

But no one could accuse Charles Rumback and Ryley Walker of catering to a genre or label. As the closing track, “Worn and Held”, wraps itself mesmerizingly around the listener, Walker indulges in woozy, reverb-drenched chords, and Rumback provides a steady rhythm bed. Just when you think you’ve managed to find a way to describe this duo succinctly, they’re off to something else. Little Common Twist is a celebration of the eclectic spirit of two restless musicians.