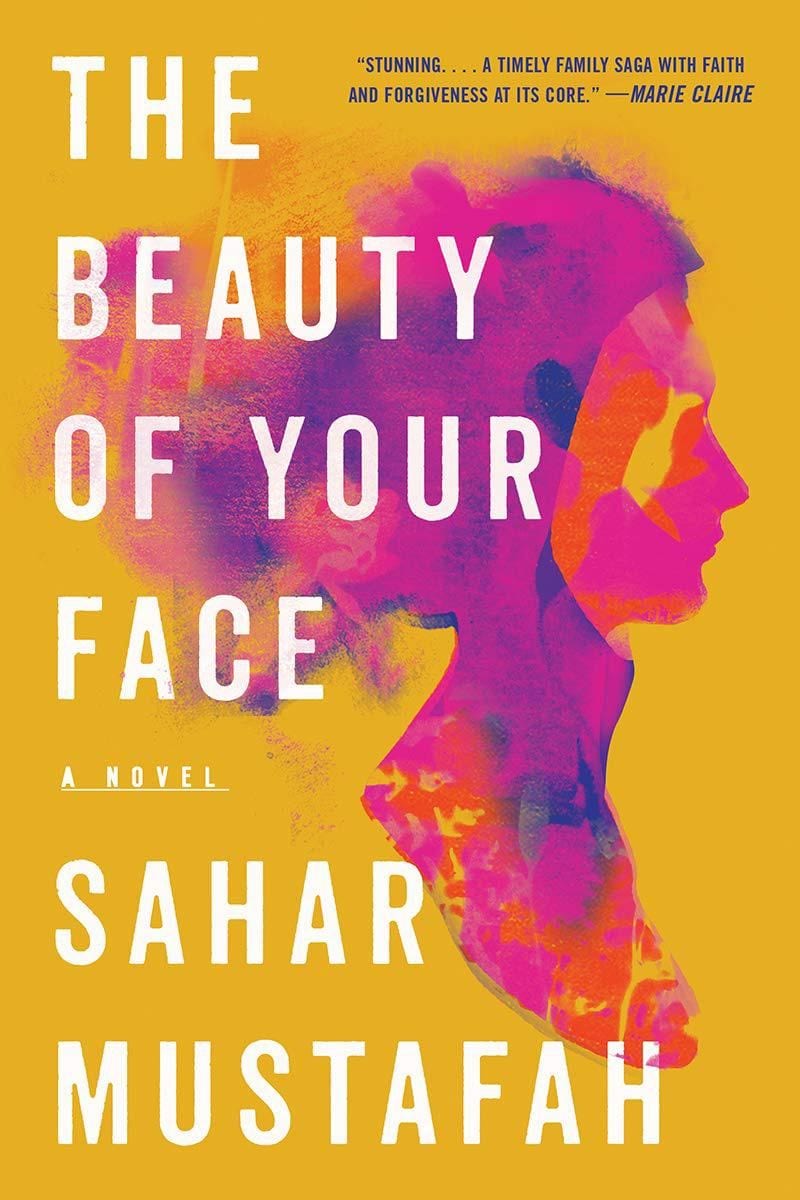 In her stirring book, The Beauty of Your Face, author Sahar Mustafah traces the delicate and complex narratives framing Palestinian-American identities. Intertwining instances of racism and radicalization against resilience and strength, Mustafah’s writing is impassioned. Her representation of the violence and hatred is brutal, certainly uncomfortable yet profoundly necessary. As Mustafah fully considers the ramifications faced by the Palestinian-American community, The Beauty of Your Face inserts an essential voice into contemporary narratives.

The Beauty of Your Face portrays Afaf Rahman’s life who, much as Mustafah, is the daughter of Palestinian immigrants. The novel shifts between Afaf’s past and her present, demonstrating the longevity of her challenges and successes. The opening finds her as the principal of The Nurrideen School for Girls, an institution guiding Muslim girls’ academic, religious, and social achievement.

The strongest writing depicts Afaf’s upbringing, specifically her struggles with assimilation. She endures the taunts of her peers, but it is the adults, the teachers specifically, who reiterate the harshest racist diatribes. They often feign concern her “father is going to sell her to a harem” (85) or reference camel racing and oil trades. The racial aggressions are ubiquitous, the most dangerous are the slurs delivered by “a smile suppressing their true feelings” (86). Mustafah methodically traces the prejudices as major factors in contributing to Afaf’s marginalized identity.

Afaf is a flawed character. But Mustafah situates Afaf’s imperfections as an effect of her circumstances. Afaf lacks community; she is rejected and othered by her family, peers, and the diaspora. Afaf’s mother struggles with indefatigable homesickness for Palestine and severe mental illness. Her symptoms are aggravated when her eldest daughter runs away, leaving Afaf to endure her mother’s anger and desolation.

Afaf is sexually active but realizes the white boys she hooks up with are only fetishizing her; they “think she’s exotic — not beautiful” (93). Her community marks Afaf as a slut and blames her for sullying the ethnic group’s local reputation. Unquestionably, if she were born with white privilege, her “flaws” would never be questioned or probably even noticed. But her transgressions are amplified by her already scrutinized identity as a Palestinian-American. Thankfully, Afaf’s mistakes lead to self-awareness, rendering The Beauty of Your Face as an authentic portrait of girlhood.

The novel’s secondary focus details the school-shooting. The author understands the power of the internet as a radicalizing tool, the shooter finding solace in an online community built on xenophobic extremism. His hatred is palpable — his belief in racist conspiracy theories absolute. In one poignant juxtaposition, he admits he is unable to euthanize his aging dog but doesn’t show any reservations about gunning down teenagers. Dehumanizing Muslims is paramount to his motives, to the point where he “doesn’t think about the futures of these girls, telling himself that he didn’t care” (141).

On the one hand, the school shooting narrative is unnecessary since Afaf’s coming-of-age story is so compelling. The fluctuating narrative is distracting, while Mustafah doesn’t devote enough attention to fully developing the shooter character. Yet, on the other hand, Mustafah draws convincing parallels between the shooter’s and Afaf’s alienation and powerlessness. More so, the school shooting demonstrates how racist fervor manifests into violence targeting Palestinian-Americans. Mustafah demarcates the ongoing violence and discrimination as constantly shifting to maintain a tactical culture of fear.

Throughout The Beauty of Your Face, Mustafah dismantles stereotypes about Muslim women. Her subversion is subtle, and she avoids righteous indignation. For example, The Nurrideen School for Girls provides “an infinite number of choices for these young women” (5). The school stands as a clear symbol opposing the myopic belief that Muslim girls are forced to engender a singular identity.

Later, Afaf converts to Islam, and despite the negative response by her mother and the icy stares from strangers, she feels empowered when she wears her hijab. As Afaf develops her sense of self, Mustafah enshrines the character with nuance, circumventing an essentialized image of Muslim women and girls. Mustafah’s voice thoughtfully and refreshingly reshapes Muslim identity.

It is through Islam that Afaf experiences the power of women. At the mosque, the women and girls provide Afaf with guidance and camaraderie. She flourishes from their love, realizing “she owed so much of it to the circle of women from the Center” (158). Mustafah successfully uses Afaf’s growth to position Islam as a religion of love and peace, an intentional counter-narrative to commonplace vitriolic accounts. Furthermore, the author decisively separates her religion from the radical Muslimhood associated with mass terrorism.