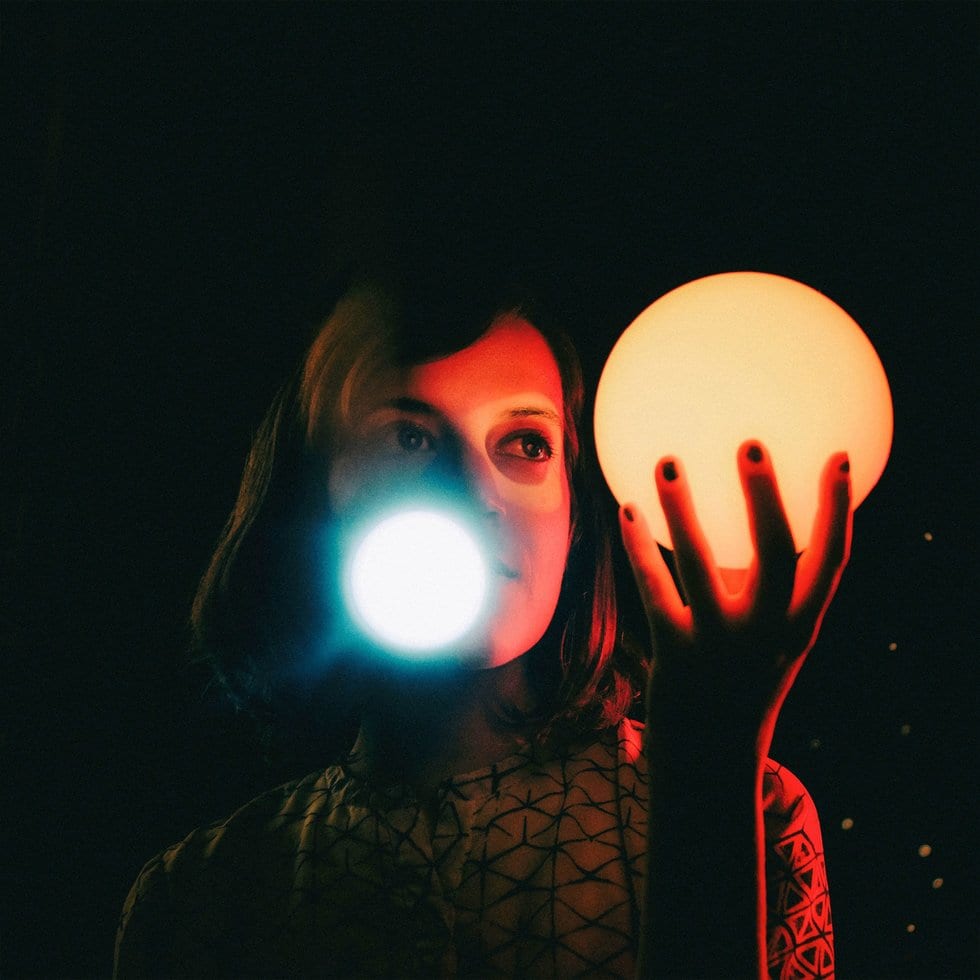 The year is 2080, the elites have secretly planned an interplanetary exodus from the rapidly cooling earth, and the young protagonist Salami is left with the Others to solve this human-made apocalypse. And no, this isn’t a synopsis to a dystopian film or novel but a concept album from the newest Brainfeeder signee. On her third album Zdenka 2080, Lindsay Olsen, aka Salami Rose Joe Louis, shuffles nu jazz, dream pop, and hip-hop vibes into the soundtrack for a dystopian sci-fi allegory of ecocidal capitalism.

Zdenka 2080 steadily runs through 22 brief but dense tracks. Immediately, the album takes off with a sprightly chorus on the jangly opener “Suddenly”. Olsen enters with dazed, reverb-laden vocals, “Suddenly she finds life / Challenging, stripping her / Of her given light.” Suddenly, the appropriately titled opener quickly cuts the dreamy vocals and watery guitars at about a minute and a half. This immediate brevity sets up the album’s large collection of quick-hitting tracks with short run-times, forming a beat tape-esque design. But much like her labelmates at Brainfeeder, Olsen pushes the idea of what a beat tape can be, weaving together several genres, stories, and social criticism.

On the second track “Octagonal Room”, Olsen introduces an ambitious dystopian narrative over a celestial, jazzy key progression. She narrates in a soothing voice-over tone, “Planet Earth, year 2080: Major corporations and the governments of the world… harness and store the energy of the sun.” Of course, this ecocidal venture is not for the benefit of everyone but merely the elites. The sun’s energy is used to fuel interplanetary colonialism for the rich, “a one-way trip to a distant, habitable, resource – plentiful planet on another galaxy”. And so, the Others are left to scavenge the cooling, dying earth. But as the young protagonist Salami unexpectedly steps into a painting to discover a new dimension, she begins a cosmic search for solutions.

Thereafter, from the heavy beat sampling on “Cirrus Floccus / Second Dimension” to the poppy “Lalalalala” on “Cumulous Potion (For the Clouds to Sing)”, Zdenka 2080 is clearly not held together by any genres but rather a broader concept and feeling. The overarching aesthetic is certainly nebulous and spaced-out, but there is also a deepening sense of hopelessness. On “Meet Zee in 3 – D / Third Dimension”, Olsen softly croons over cold keyboards and fragile, frigid guitars, “I don’t like to sing anymore / Lost my feeling.” Salami continues to travel through new dimensions to find answers, but the earthling’s growing sense of pessimism continues to grow infectious. This desperation sonically builds to the end of side A, as the elites finally realize that their ecocidal mission affects not only the Others but also themselves.

This acknowledgment of the universe’s fragile ecosystem brings side A of Zdenka 2080 to a close. Side B begins the earthlings’ long journey to replenish what the corporations and government ravished from the sun and earth, and the story progresses into theories of the imaginary and collectivism. To cue the cerebral narrative turn, Olsen’s lyrics become more abstract and the music veers more into cosmic jazz. “Earth Creature” truly embraces the sounds of spaced out jazz musicians like Herbie Hancock, and “Collision, Gravity, Time” further experiments with erratic keyboard riffs and synthesis. Zdenka 2080 is an intricate amalgam of music and fiction inspirations, from artists like Shuggie Otis, Stereolab, Octavia Butler, and Gene Wolf. Yet, Olsen’s ability to create her own defining aesthetic and social critique is clear as side B progresses, making Zdenka 2080 a unique experience.

Zdenka 2080 closes with the head-spinning beat “To Be Continued…”. The elites are forced to return to Earth to join Salami in the daunting task of restoring what they destroyed. Their fate is still unwritten, and this is exactly the position we are in now. We are aware of capitalism’s detrimental effect on our environment. In fact, as I write this, thousands of fires are burning in the Amazon, fueled by Bolsonarism and an international trade war. So, Olsen rightfully ends Zdenka 2080 with an essential question. How will our story of ecocidal capitalism, classism, and colonialism end, and can we collectively imagine a better future?