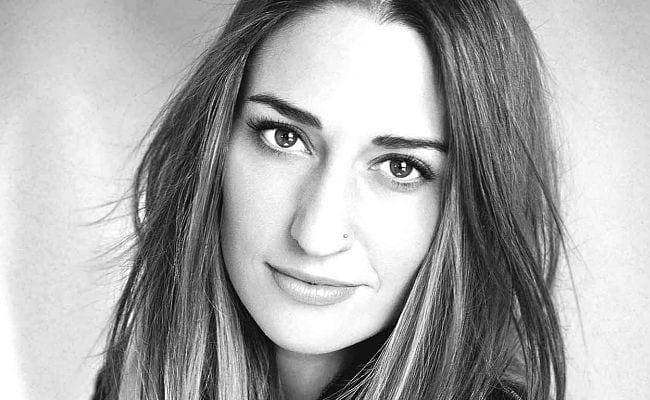 Burn a strawberry until it’s black as coal, then stash it in the middle of the base. Coat the inner rims of the platter with blueberry jam, while dumping piles of bitter almonds around the coat. That much poison should give some vertigo. Finally, mix in some apple slices and sliced peaches. We need some of that good stuff to wrap around the bite.

Aside from this being a recipe Jenna might concoct in the film Waitress, this kind of confectionary art can be used to describe What’s Inside: Songs from Waitress, Sara Bareilles’ surprisingly well made fourth album. It should be mentioned that these are songs that Bareilles wrote to be installed within the Waitress musical. In this release, the singer-songwriter breaks free from the consistency that has made her previous records fair. What’s Inside balances the joy and melancholy that made her previous works glow, while also creating the musical’s protagonist–Jenna–as someone who’s bubbling with opinions, however hilarious, smile-eliciting, or depressing they might be.

“What’s Inside” does better as an introduction than “Kaleidoscope Heart”, mainly because the former becomes revisited and built on. The tender instrumentation serves to be atmospheric light that approaches the double meaning of the album’s name. “Opening Up” clarifies upon these meanings, indicating them to be a question of what’s inside Jenna’s pies, while also posing the question of what’s in Jenna’s heart, one of the motifs that is centered. The track puts a hopping bass alongside very bright piano–Bareilles’ weapon of choice–to illuminate the snide nature within the characters that surround the diner and the musical. The singer should really try jingle-making.

“Door Number Three” dazzles listeners with a piano that creates a game show set piece with hosts who have fake smiles. The sound within her previous records is clear in her verses, not necessarily taking a chance in a song about taking chances. “When He Sees Me” shows that Bareilles can gracefully write hilarious tracks, even if the tune is supposed to be for a character. The singer eventually employs the Arson, Murder, and Jaywalking trope right after a section that might make Angel Deradoorian impressed. The door and the heart become consistent motifs. But the maintained goodness is short-lived as “Soft Place to Land” revisits “What’s Inside” too early, in spite of the fact that Jenna’s mother becomes created as another motif in this record.

“Never Ever Getting Rid of Me” and “I Didn’t Plan It” shows that Bareilles can create songs that elicit feelings about characters in ways that a musical might not be able to do. Despite the line “family history test” being cringe material, she redeems herself by allowing listeners to feel frustration in the former track, while also finding empowerment in the jazz stylings of the latter. Unfortunately, “I Didn’t Plan It” utilizes a guitar solo for the sake of it, mostly to pad out a bridge. Jason Mraz actually gets rids of the bad taste of such a solo.

“Bad Idea” and “You Matter to Me” are emotional juxtapositions based around two characters–Jenna and Dr. Jim Pommater. The former song is a fast tempo track that wants to rush through the character’s predicament of an affair, wanting to get into the furious hospital room sex. “Bad Idea” exchanges quirk for desire-filled characters. The latter features Mraz and Bareilles performing a fair duet. The emotional tone of the album shifts by the last third of the record, coming into contact with the three-act structures that Bareilles wants to play safely with, despite not touching the financial peril Jenna faced in the film. “She Used to be Mine” is slow and honed in on the imperfections that build upon the character of Jenna and her pies, looking at the partner who took the fire from her eyes. A guitar pumps the track with the emotional energy that it deserves. It can be a crowd-pleaser outside and within the musical. Gracefully, “Everything Changes” returns to the brighter aspects of Jenna’s life with Bareilles pursuing the motif of the mother as something the film could’ve built upon. The drugs that acted as the deus ex machina in the film are replaced by the thought that being a mother changed things. So when “Lulu’s Pie Song” comes full circle, it shows one door close and another one opening.

Though What’s Inside leaves the ingredients that made those in the film Waitress have quirky undertones, it gives a better look at not only the protagonist but Sara Bareilles as well. The songwriter weaved something that she and her fans can be proud of. And like a pie, fans will ask for seconds.