“I guess it is a more serious undertaking, to make a film set in wartime that is based on somebody’s real experiences; that’s a real event,” says director Saul Dibb of Journey’s End (2017), an adaptation of World War I officer, R.C Sherriff‘s play. “The pressure is on to be more truthful and more authentic and less sentimental, less mediated in a lot of ways. So we absolutely tried to do that, and once you are there and you live in the set, a real set with a real trench network, you come to inhabit that world so much more.”It’s March 1918 and C-Company, led by a war-weary Captain Stanhope (Sam Claflin) is joined by the young officer Raleigh (Asa Butterfield). Arriving in northern France to take their turn in the frontline trenches, Stanhope is told that a German offensive is imminent. Whilst he tries to numb his anxieties with whisky, and the other officers, Osborne (Paul Bettany), Trotter (Stephen Graham), Hibbert (Tom Sturridge) and their cook Mason (Toby Jones) attempt to distract themselves from their impending fate, Raleigh is symbolic of the naïveté towards the realities of the war; he’s excited by this is first posting, and serving under Stanhope whom he remembers fondly from their pre-war years.

In conversation with PopMatters, Dibb discusses the emphasis of empathy over plot to serve the film’s emotional intent. He also reflects on the other great works on the First World War, the need to give the past a presential focus, and the revolutionary thematic nature of Sherriff’s play.

Prior to directing this onscreen adaptation, how familiar with the Sherriff play were you and what compelled you to direct?

Well, I had not seen the play, or read it or studied it at school, but I obviously had heard of Journey’s End. So the first I read of it was Simon Reade‘s screenplay. He’d already made the decision with producer Guy de Beaujeu to take the play and to adapt it into a film. So I read that and was struck by how honest and authentic it felt and I thought there was something exciting we could do with it to turn it into a film, rather than it to feel stagey.

There inevitably comes a point in time when there will no longer be living persons to offer a first hand account of past events. It is here that art yields its value to our culture by immortalising those points of view, of which both WWI poet Wilfred Owen amongst others, as well as Sherriff are examples. Recording these experiences provides us with an honest and authentic understanding of the past, and Journey’s End is integral to such a discussion.

Yes, I suppose the first thing is that Sherriff based it on his own personal experiences of being at the front, and so that is one of the reasons it has such a strong ring of truth to it. He wrote about people he knew and about his experiences; he saw it first hand and we tried to preserve that sense in the making of the film. In fact, what we tried to do, not wanting to sound too pretentious about it, was to make it feel like this was the experience Sherriff had witnessed, and then wrote his play on. So we tried to make it a very raw and immediate experience that put the audience right in those trenches, as if they were there now.

Watching the drama unfold we feel pity for the characters, which evolves into the more potent emotion of empathy. The strength of presence of storytelling and art is to humanise or familiarise even those realities that are not our own, which can connect us to other cultures, even the past. In this sense, time breaks down, becoming almost insignificant as we witness the human plight.

A lot of that is true and we were very much trying to put the audience in the muddy boots of the people. And you are right, you watch a film and you do empathise with the people that you see, and it’s an important thing. I think because Sherriff’s writing and Simon’s adaptation are so powerful and human, you do begin to care about all of these people, and that’s the ambition of the film.

Part of the reason why we say up front what the story is, is to get the plot out of the way in the first five minutes. They’re marching back to the front and they pretty much know they’re going to die because this massive attack is coming, so we don’t have to waste any time setting up any plot in the film. We spend a lot of time getting to know the characters and coming to care about them, so that when that final moment does come, it’s all the more powerful. 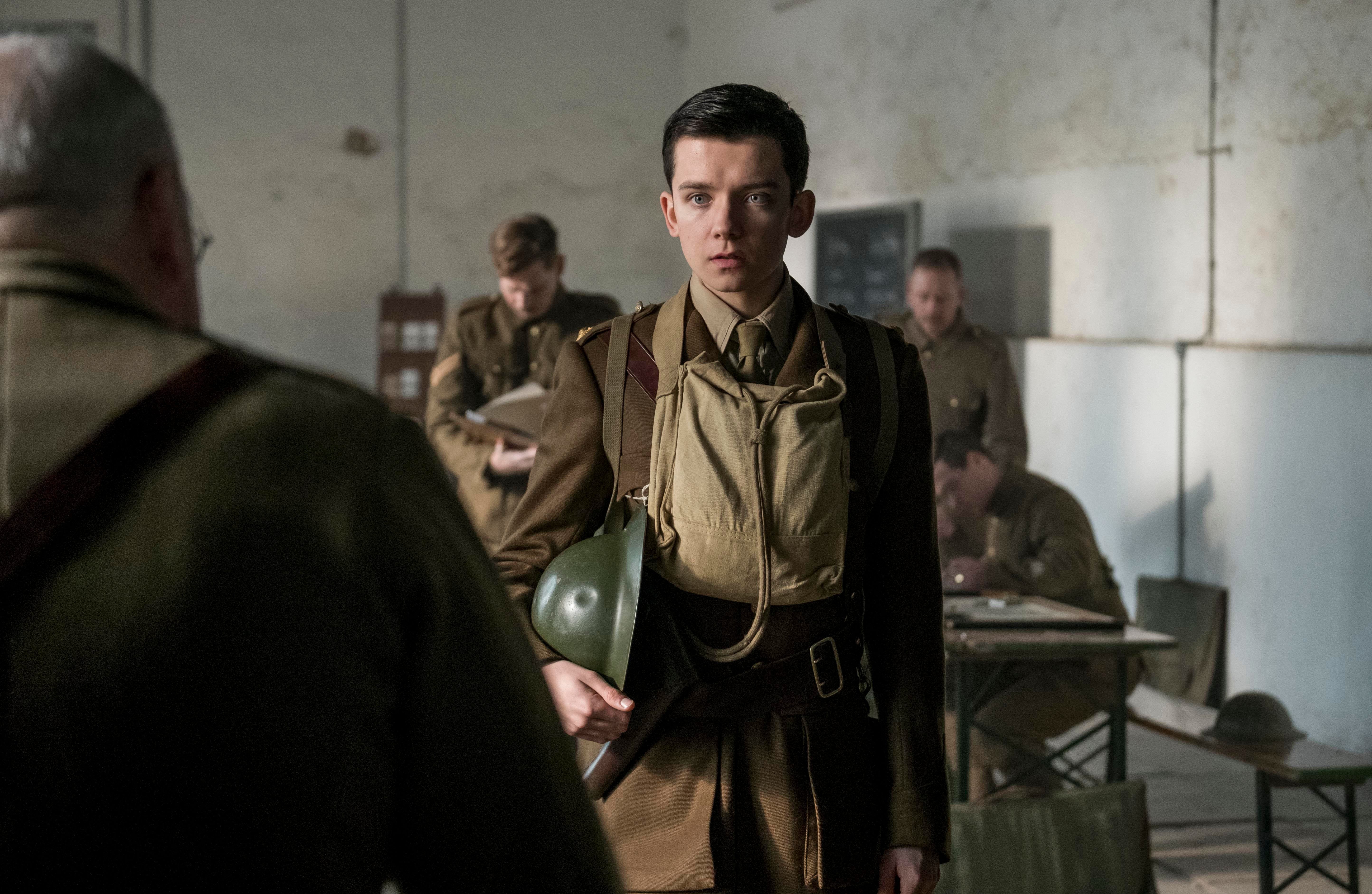 There have been a number of films made about The First World War, including the TV series Blackadder Goes Forth (1989). But to my mind Kubrick’s Paths of Glory (1957) is tragically overshadowed by some of his other works that are not the equal to this early masterpiece. It’s a work that evokes such a visceral feeling of anger that permanently remains with you.

Paths of Glory is a proper work of cinema genius. It’s an incredibly powerful film and then it ends in that amazing sequence in the bar, on the faces of the men as they are watching the vaudeville performance; it’s really extraordinary. All Quiet on the Western Front (1930) is also a brilliant film about the First World War, and so in a way it’s always tough to be making another film because so many great films have come before you.

Cinema is an ongoing conversation that allows us to engage with history, but do these films all have something special or unique that they bring to the conversation of remembering this time period?

Well, you hope so and I’m sure that they also — as all films do — reflect the moment within which they are made. They’re not just ever about the time they depict, they should reflect back on us to some extent. We were keenly aware that when we were making this, it was at exactly the time when Britain is unpicking a lot of its friendships and allegiances in Europe that were set up precisely to stop things like the First and Second World Wars happening in the first place.

But you’re also dealing with universal themes about war as well; what it’s like to either wait for your own death or someone else’s, and the psychological impact of that. Journey’s End was doing something quite revolutionary, certainly for the time the play was written by looking at the psychological impact of war. This was not something that war work had done until we came to the Vietnam war films that began to look at a regiment of soldiers, and started to think about PTSD, rather than a more straightforward moralistic tale about good and evil. 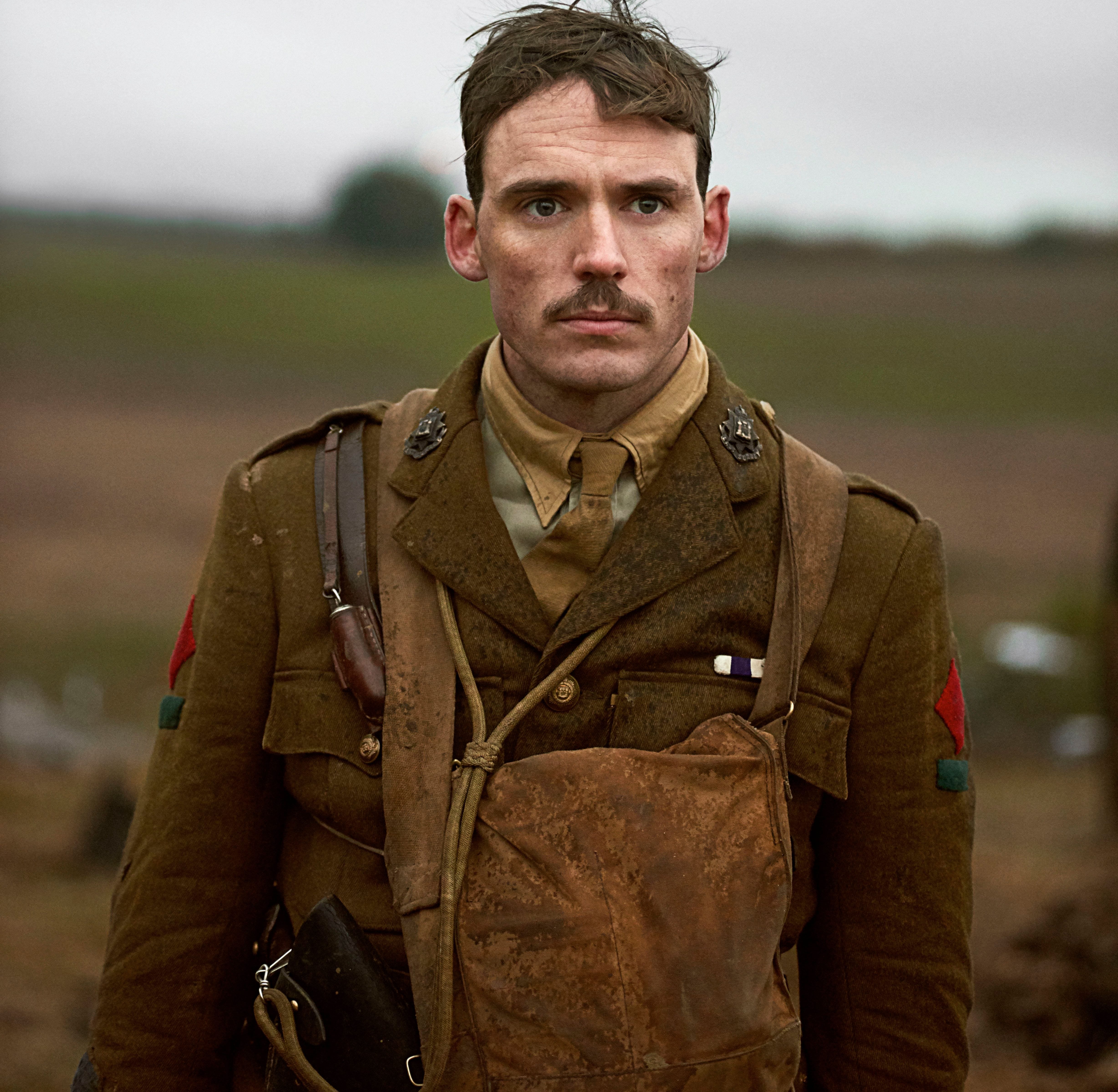 The characters present a range of emotions, from Raleigh’s naiveté and romanticism, Stanhope’s despair and disillusionment, to the stoic sense of duty of their fellow officers. The tense juxtaposition of a willingness or lack thereof to express one’s feelings forges a powerful impression, tapping into the idea of the repressed British identity.

It’s an interesting point to raise, and one of the things the film is about is how do men, particularly of a certain class, deal with fear? How do they deal with intimacy and this impending death? [They] never want to talk about it and so deflect it into conversations about food. I think there’s probably a greater intimacy and tenderness between the men in the film than there may have been in other productions of the play. But that’s some of what the actors brought out between themselves, particularly Paul Bettany playing the role of Uncle, who exuded a kind of benevolence and tenderness towards all the men around him, especially Raleigh. You feel almost more for them because they never ever say what they are actually feeling. Uncle suppresses his feelings of fear for the sake of Raleigh, whoM he can’t tell how scared he is because that will make it worse for a younger, more innocent man. I think that’s the upside of that derided stiff upper lip. 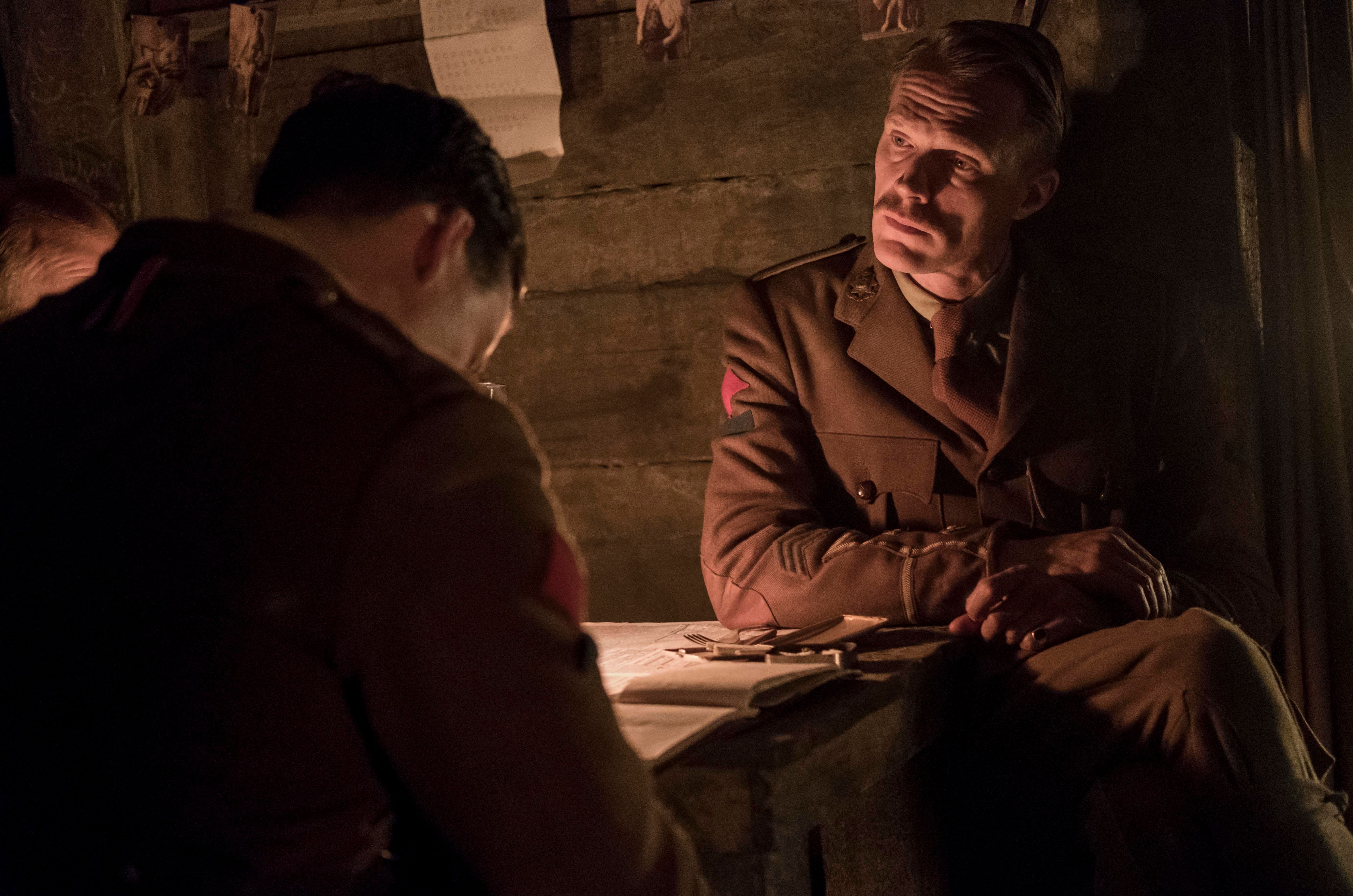 Feeding into that characteristic is the film’s theatrical feel, in which you retain the essence of the play by merging the two mediums. Out of this emerges a tension that serves the film well, imbuing it with a specific aesthetic or sense of feeling.

I didn’t feel I wanted to make it in any way theatrical, but I did feel, like in that brilliant German film Das Boot (1981), there was no attempt made to put more action outside the submarine. It takes place within a dugout and trench network and that’s it, so I absolutely wanted to embrace the confines of that and create a tension out of the claustrophobia, which is maybe what you are hinting at in the theatrical, that there is a confines to the set. But I just wanted to keep the performances as real and natural as possible, and talking is action there because it’s a way of deflecting from what they are feeling, and what they are about to face. We tried to not make it too talky; we stripped down the dialogue as much as possible from the play where someone would say What ho! to make it more accessible for a contemporary audience. 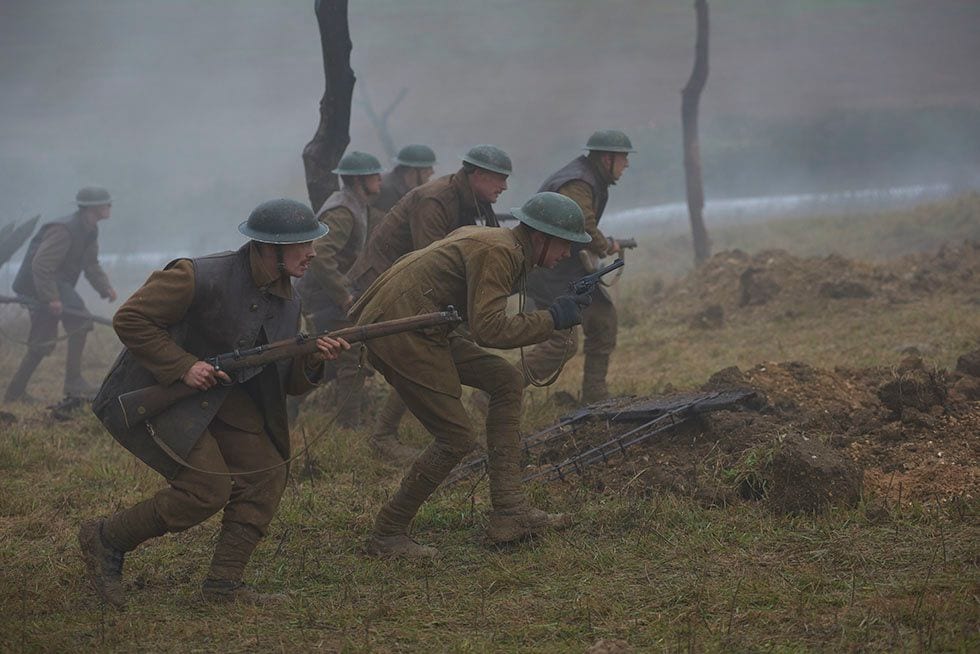 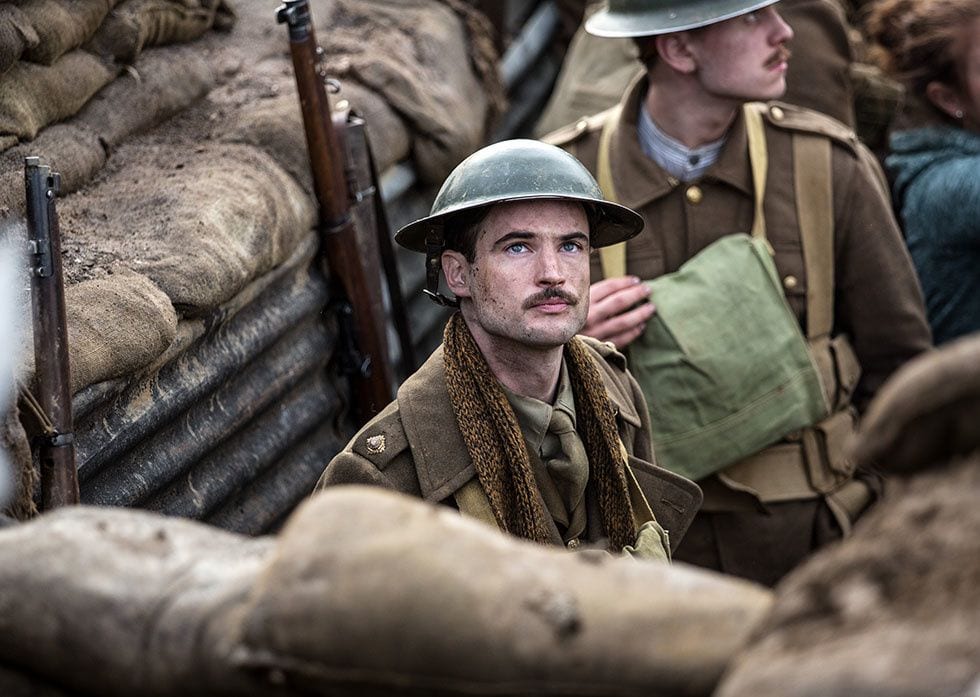 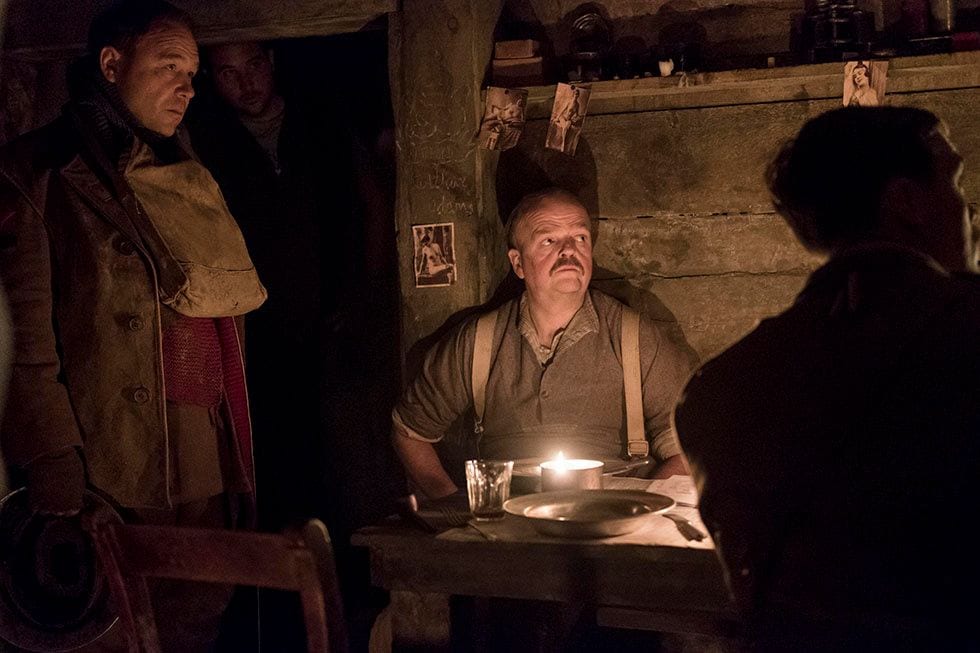