Alyson Hagy is a true child of the Program Era, the period in American letters defined by a class of writers trained primarily in MFA creative writing programs. She received her MFA from the University of Michigan, ranked in the top five such programs, has won a Pushcart and multiple other awards, and has published seven previous novels. She is, in a word, a literary artist.

Her newest novel, Scribe, is a testament to her skill as a writer. It’s the near-mythic tale of an unnamed Appalachian woman who lives in a cabin, allows migrants (“the Uninvited”) to live on her land and worship the memory of her deceased sister (a reputed healer and prophet), and trades her skills as a writer for food, supplies, and services that keep her alive. What she writes is confessions, letters of absolution that are meant to cleanse the souls of her patrons. Spoilers ahead.

In Scribe, this vocation brings her grief, adventure, pain, and ultimately death, as she pens a letter for the burly Hendricks, who demands in exchange for his killing a cougar that she also take the letter to a crossroads several days away and deliver it to those whom he hurt (by selling them into slavery, we later learn). Doing so ends her life, but in the process she finds her own absolution for the betrayal that got her sister killed.

There’s a word that folks in MFA programs use to talk about writing, about how it sounds and looks and feels, about the art of it. That word is craft. Craft is the bread and butter of the literary artist of the Program Era, and Scribe is pure craft. Her work is filled with sentences that are themselves architectural masterpieces, that strive here for the stark simplicity of mountain life and there for the heights of aesthetic sublimity, that seamlessly integrate the sounds of the rural English long associated with the uneducated into the graceful sentences and flowing beauty of literary art.

It’s a language of seemingly profundity, despite its simplicity. Take the words of Hendricks when he describes the interiority and possessiveness of small communities toward their local beliefs:

“Fear’s the reason behind most uproars in a small place. Them people could stand a odd thing that looked like a spell or a holiness as long as it was their odd thing, something birthed right before their eyes. But when it threatened to roam beyond them, when it looked like it might roll forward on independent wheels, then it becomes a danger. It had to be stopped.”

The language is crisp, alive, familiar, has grammatical errors, but speaks with an abiding wisdom we Americans have come to believe inhabits the straightforwardness of the uneducated. It borders on exploitive, caricatural, but is beautiful. On and on such sentences roll, slowing the reader to engage awareness of their own fine-craftedness.

Scribe is a totally artful novel in craft, and it’s also artful in its objectionlessness. It’s Paulo Coelho’s The Alchemist for a more educated crowd that thinks itself above the middlebrow generalities of Coelho, for it’s a beautifully written, meditative, slowly paced, and finely told story. It’s haunting, mysterious, all the things that simultaneously draw the reader in and hold them at bay, never truly revealing its hand, keeping the world of the novel beyond the principal character veiled; even her name is unknown, though we come to know the names of the men, minor and major, who intersect with her life. Her name, her sister’s, these are a private matter, like the letters of confession she scribes, the dirtied souls she absolves. In this way, the novel enfolds the reader, brings us into its seeming depths, washes us afresh with the cold mountain waters trod through by the protagonist in her delirious journey to the crossroads.

But Scribe has little to offer beyond the sense of depths; there’s no greater truth or bigger revelation here than what the back cover tells: stories have power. We know this; nearly all of our media culture is devoted to reminding us of this, yet Hagy’s novel does little more than remind us again of what we know—and does so only with this pseudo-interesting story of personal absolution that does not explore its world and characters with enough detail to make it matter.

To quote the back cover, Scribe “touches on pressing issues of our time”, but does little with them; here they are mere references, nothing of great consequence, and hardly emotionally compelling to the reader when they have so little bearing on the lives and development of the characters themselves. There are migrants, some of whom have Spanish names, like the child Estefan, and they are considered a burden to the local populace, but nothing is made of their status as migrants, as “Uninvited”, nor of the geopolitical issues that create migration and the local histories that cause conflicts with migrants.

Hagy’s novel also regularly mentions “fevers” that killed en masse and that hit children particularly hard, causing “the government” to create quarantine zones; again, this is all mentioned, but it’s vague and unexplored, and does little more than point to a well-known problem of both real life and genre fiction—namely, that pandemics exist, that they kill children, and that governments often establish quarantine zones—without exploring the politics of disease vector and quarantine (who is most likely to get infected, who quarantined, who made safe?) or the personal experience of loss in these communities. Like the novel’s look at these issues, the unnamed protagonist is distant from all of these people, lives apart from them, and seems to know little of their lives (though her sister was close with them, worked to heal them, and there are indications toward the end of the novel that the protagonist was involved in some of her sister’s attempts to treat the “fever”).

Where Scribe does engage “pressing issues” with any rigor is in the exploration of power, and specifically of patriarchal exercise of control over women and their bodies. This is indeed timely, but the protagonist makes so little of her own situation—having been falsely imprisoned in her youth and forced to work as a sex slave to the warden; being drugged and, it is suggested, raped by the local big man Billy Kingery—that the novel affords little critical reflection on these problems beyond the obvious fact that terrible, petty men who sadistically enjoy their power over others, and specifically their ability to inflict hardship and pain on others, is… well, terrible. This is not a grand lesson but a basic facet of any moral compass, nor is it something that Scribe positions itself to tackle with any more reflection than a typical action-adventure or drama wherein the “bad guy” who represents such authoritarian and patriarchal impulses is killed. Hendricks, the man who might be said to represent a “good guy”, insofar as such categories are stable and possible, has spent his life as a slaver only to absolve himself at the last minute by turning on Billy Kingery. This hardly counts as an endorsement of any set of actionable political values, and is in fact a poor lesson for thinking about the redress of human rights abuses.

Similarly, though the novel makes occasional references to the overreach or “the government” and its intervention in the life of people who would rather have nothing to do with it, the novel makes no commitments to a vision of political life beyond that of the individual; yet Scribe also can’t be said to be an argument for individual freedom over government cooperation. All of these are part of the same problem: a gesture at issues that exist in the real world, that hover about at the edges of Scribe‘s world, and which are far less interesting to Hagy than the look of her sentences.For the most part, Hagy has followed the principal lesson of the Program Era: to place craft above all else. It has rendered a truly, stunningly artful novel—beautiful in Hagy’s complexity of language, versification of prose, and in the few reflexive thoughts on writing as a mystical art—but it is also an emotionally, spiritually, and politically hollow thing, devoid of any real life; a nice, empty thing.

In some ways, then, Scribe seems the very example of a return to the bourgeois novel of art for art’s sake—except, even then, many of the novels of the 19th century sought to provide a whole picture of the social world, and in doing so revealed the violences of the state, of gender, of colonialism; and those novels that were more interested in the beauty of art, of language and aesthetics, were driven by clear moral and political investments, such as a retreat from industrialism and a return to nature. Scribe seems to float around, untethered to anything but itself and the sparse lives of its few characters. It’s difficult to find much interesting here, even if the language is exquisite.

If Scribe has any redeeming qualities beyond its craft, it’s in Hagy’s deft ability to avoid diegetic periodization and genre. To read the novel is to search for its story’s place in history. It’s clearly American, as characters refer to the Carolinas and other localities around Appalachia, and it takes place after a “civil war”; there’s no technology to suggest that the story is set in a place any more recent than the American Civil War, perhaps earlier, if one calls the American Revolution a civil war, but a government capable of imposing nationwide quarantines of the sort alluded to in the novel is not an 18th- or 19th-century phenomenon. It’s possible the novel takes place in some future after technological collapse, say in the wake of a civil war between ultra-nationalists and internationalists (as other recent novels, like Omar El Akkad’s American War, have).

In the end, it hardly matters; the mystery of time and temporality dissolve into a tight focus on the momentary glimpse into the unnamed protagonist’s life. Hagy also plays with timeline in the novel, regularly interposing flashbacks from the protagonist’s life. And, finally, although Scribe could have embraced the post-apocalyptic genre by being explicit about the novel’s future setting, Hagy rejects any easy attribution of genre just as she does any distinct time period. This is a refreshing and difficult thing to do in a period when genre has come to mean so much, when genre is constantly being played on by “literary” authors (and only occasionally to powerful effect). In these ways, Scribe brings something exciting to the literary scene, but in so many others it manages to accomplish little. 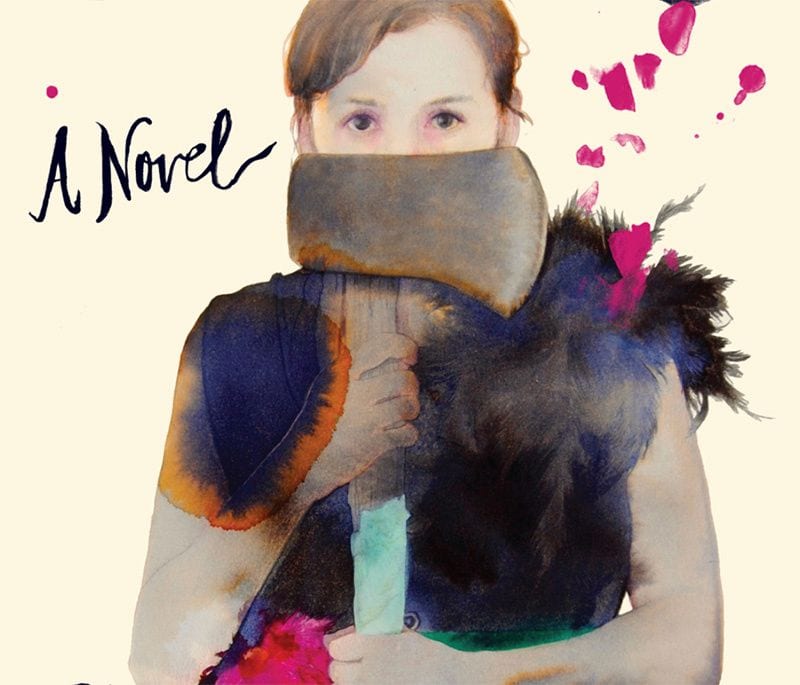