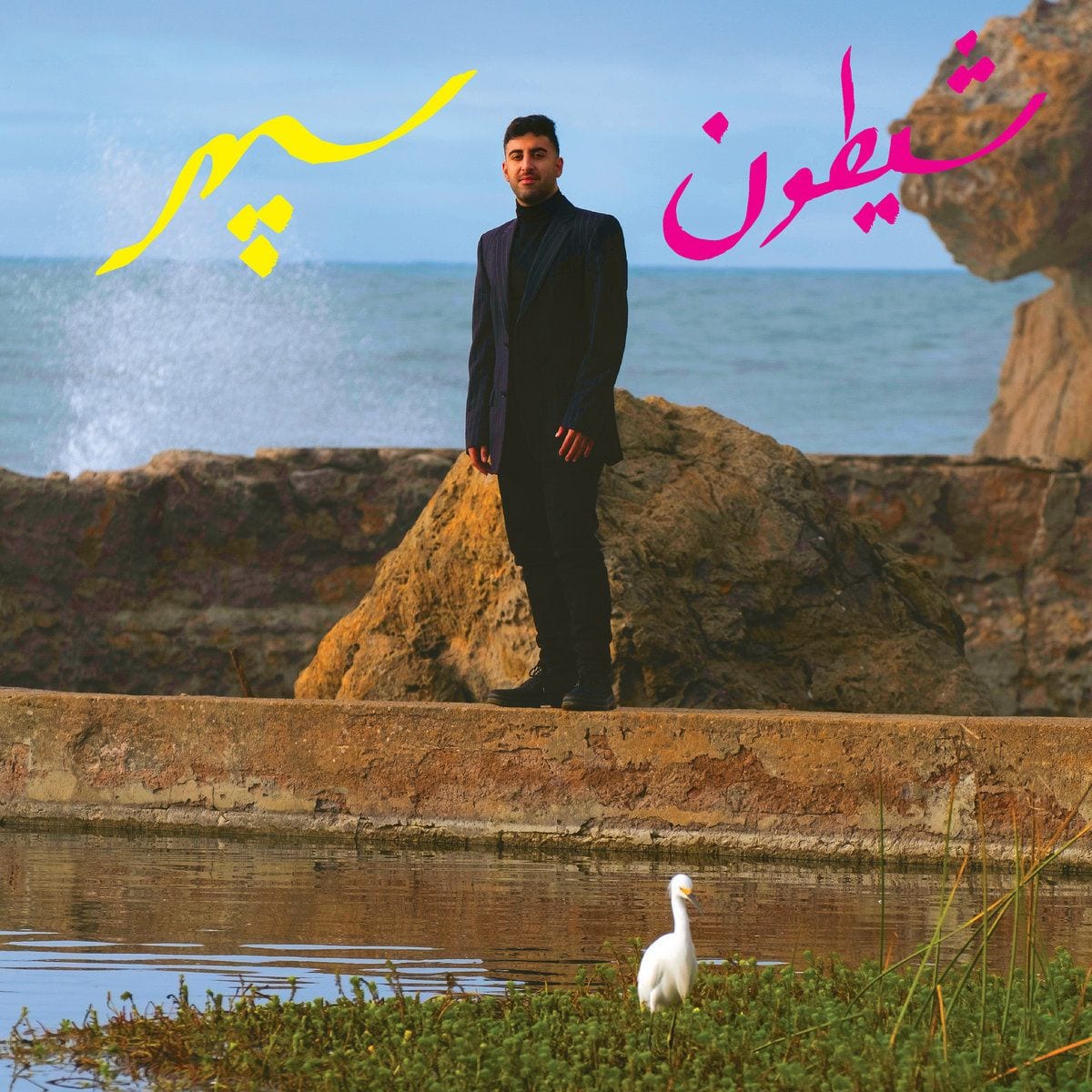 Sepehr is an American-Iranian electronic producer who refuses to conceal his dual identities. In the company of his white friends, Sepehr was once the Middle Eastern other, the olive-skinned oddity forever excused from their national picture. Within his Californian Persian community, Sepehr received much the same treatment, considered to be the white-washed skater boy who indulged in just a little bit too much punk for their liking. Like 13% of Americans, Sepehr is a first-generation national, the child of two Persian immigrants. Whereas his natural response to growing up with dual identities was to retreat from either side of the equation, he now recognizes the strength of his fundamental character. He has endeavored to push this into his debut record, Shaytoon.

In its cover art, Shaytoon references the suppressed sounds of pre-Revolution era Iran, the pop music that was deprived of airtime and home play from 1979 until, and only superficially, recently. It seeks to remind listeners that before the Ayatollah rose to power and rewrote the country’s constitution, Iran was a cultural epicenter, much like modern Berlin or Ibiza.

Where ties to his Iranian heritage fade away, what remains is Sepehr’s ever-present link to his local and national identity. Evidence of his relationship to San Francisco’s historic and contemporary music scene seeps through in his heaving psychedelic house sound, a quality definitive of his backlog and a mainstay, he promises, of his future.

In the lead-up to the 10 April release of Shaytoon with San Francisco-based record label Dark Entries, Sepehr talks about his debut, sparing no detail on life in the Iranian diaspora, the experiences of being raised by ABBA-loving Persian rug traders, and the illegal music stores that still litter modern Iran.

I’m curious to hear about your family heritage?

I’m a diaspora Iranian, which means I wasn’t born in Iran. I grew up here. I grew up with a split identity, half American culture, half Iranian culture. My dad grew up in the northern part of Iran in Mazandaran, which is by the Caspian Sea. That’s where most of my family is currently in Iran. My mom was from Tehran, but they only met after they came to America. My dad was studying business in Iran before the Revolution in 1979. He was involved with the whole process of trying to overthrow the government, and as a result, he got jailed. He met a lot of the family friends that we had growing up in jail in Iran. When the climate began getting worse and worse, and he didn’t want to stick around to see what was going to happen next, he left around 1978 or 1979. And then he came to California and started a rug business. Kind of a cliché.

Growing up with American friends who didn’t have the good fortune of a lovely Iranian family around them to provide an alternative narrative to the media, what was it like being both an American and a Persian?

Having dual identities has its pros and cons. I would say growing up, it was more of a con because you’re caught in these two worlds where you don’t know which side to go on. When I was growing up, because of the climate of America in general, I was ashamed to be Iranian. People would group me in with George Bush and the war on terrorism. When people discovered that I was Iranian, they would be like, oh, you’re a terrorist. I vividly remember being called this many times. Then, when I was with the Iranian side of my family, I felt super American and super white, and I got made fun of for not speaking amazing Farsi or being a skater kid. Both sides would make me feel like I wasn’t welcome. So, it was this non-stop push and pull. The only way I was cured was when I finally let go of giving a shit of what Americans and white people thought about me and started celebrating my incredible Iranian culture.

Steer me through your introduction to music and electronic production more specifically?

I grew up listening to a mixture of my parents’ music. That meant lots of Iranian folk music, all the music that’s traditionally played on the dombak and the sitar and has a very guttural vocal style. Also, my parents were obsessed with the Bee Gees and ABBA. I thought this was funny because being super conservative Iranians they thought that modern music was trash, but for some reason, they had a really big liking for pop disco. Then, around the age of ten, I started playing computer games with my cousins, and for upwards of 12 hours at a time, one of my older cousins would play on loop a bunch of psytrance and hard house. I think that was my entryway into electronic music.

Why after 40 years of being suppressed do you think Iranian pop music is finally coming out of hiding?

Before the Revolution, Iran was a cultural epicenter. I’m talking night and day stuff. You could even compare it to something like today’s Ibiza. It was a place where celebrities used to go. There’s no doubt in my mind that had the Islamic Republic not taken over, it would be something like Berlin today. Then seemingly overnight, everything just disappeared. There was a full shutdown of everything that was considered to be Western following the Revolution. All the clubs shut down, all the bars. You’re not allowed to hold hands in public, you’re not allowed to play love songs. And it’s essentially stayed in this catatonic state up until this day. In between the Revolution and now, there have been various uprisings that have not quite toppled the regime. But every single time there’s been a movement against the government, it has whittled down their control over pop culture.

Something’s happening now that’s unprecedented. Iranians are finally allowed to attend gatherings of people to perform music. The only condition is that the music can’t contain lyrics, and the performances can’t feel like dance parties. Iranians now hold meetups that look like art gallery events where people perform live ambient music to seated audiences. And artists who are deep into techno and cued into everything that’s going on in the techno world are becoming big in the Iranian circles for performing ambient just because they’re finally allowed to do something. Otherwise, the way that all Iranians up until this point have partied has been in people’s homes. Parties of upwards of 300 people all in one house, with DJs and alcohol that someone smuggled in. Having bottles of alcohol is basically like having kilos of cocaine here in America. That is what the reality of music culture has been for the past 40, 50 years, or whatever, since the Revolution. So, I see this whole ambient thing as a big step forward for Iranians.

How have Iranians accessed international music during this period?

I mean, my friends who grew up in Iran, the way they would find music would be by going to underground music shops that aren’t even real music shops. They’re selling something else, but the guy at the register has bootleg-like tapes or CDs that he’s burned. And he gives them to you, and you go listen to hear what you like and then buy it. And that’s how all my friends who grew up in Iran found Daft Punk or even some Detroit techno stuff. It’s how one of my friends found Carl Craig.

I’m keen to hear how you tie in your Iranian heritage with this album?

At first, it was not meant to be an Iranian-tinged album. But then I thought to myself if this is going to be my debut album, why not showcase my Iranian identity given how important it is to me? So, after first toying with the idea of making an entire album comprised of Iranian-tinged music, I realized it would make more sense to reflect who I am more honestly and include my American identity. There are tracks that completely relate to my American culture upbringing and are influenced by the American electronic music scene, but there are also Iranian elements. This mixture represents who I am as a person.

Am I right in saying that some of San Francisco’s psychedelic roots have also seeped into your debut?

Oh, 100%, that’s in all of my music. San Francisco’s psychedelic world is the main driving force behind all of the music that I make. When I first came to San Francisco and began going to raves, there was this artsy, punk, free-spirited, psychedelic thing going on, and I was immediately completely drenched in it. Certain DJs like Solar and Carlos Souffront and Honey Sound System were playing, and everybody was doing parties in weird dive bars that had such a queer, psychedelic, punk intensity, and it was so beautiful. From that moment onwards, it affected my whole sound.

With your Body Mechanics EP and this album both being released by Dark Entries, can you talk me through your relationship to the label and its catalogue?

I’ve known Josh Cheon of Dark Entries for a while. I’d seen Josh DJ lots of times when I was younger because he was part of Honey Sound System, and now we’re all friends and related in our circles. My cousins also own a record store called RS 94109, which is basically Dark Entries’ headquarters. So, a few years ago, I did the classic thing of going up to people just to say, can I send you some tracks? Can I send you some tracks? Fortunately, at this time, Dark Entries’ Josh Cheon was trying to connect contemporary sounds that are still somewhat tied to the influence of the 1980s music that he’s trying to resuscitate.

At the time my first EP, Body Mechanics, was recorded, I was really, really into the psychedelic acid techno scene that was going on in Detroit, and this just connected. And I think there’s just a direct link from my sound to that kind of music and the music of people like Throbbing Gristle and Severed Heads. Throbbing Gristle, Severed Heads, and Skinny Puppy and all these groups that Josh started the label to reissue are the ones that set the groundwork for the weird acid, techno stuff that I’m making today.

Out of Dark Entries catalogue, what do you find yourself listening to the most?

I like every single thing that Josh puts out. I don’t even know if I can say I have a favorite. I mean, I really love some of the contemporary releases like the Solitary Dancer record that came out a few years ago, that’s one that never left my bag during DJ sets. And all the Patrick Cowley stuff that Josh champions, I mean, I wouldn’t have even ever heard of Patrick Cowley if it wasn’t for Dark Entries. Cowley has an insane breadth of work, and it’s just amazing. But I guess one of my favorite records that I discovered through Dark Entries was Die Form. Die Form is one of the weirdest, coolest things I’ve ever heard.

I saw that alongside DJing and producing, you also work as a real estate agent. What role does music play in your life?

Everything that is my day job is completely secondary to music. My whole life, I’ve had these day jobs to give me as many hours at night to produce music. I think my whole life has been a constant juggle of trying to play this double life. It’s like, I go to a day job, I sit there, I fake it for eight hours, and then I rush home as fast as I can every single day so that I can turn on my synths and get to work. That’s what it’s been like my whole life, and I think I’m getting to a point now at age 30 where I’ve accepted this as my life sentence. 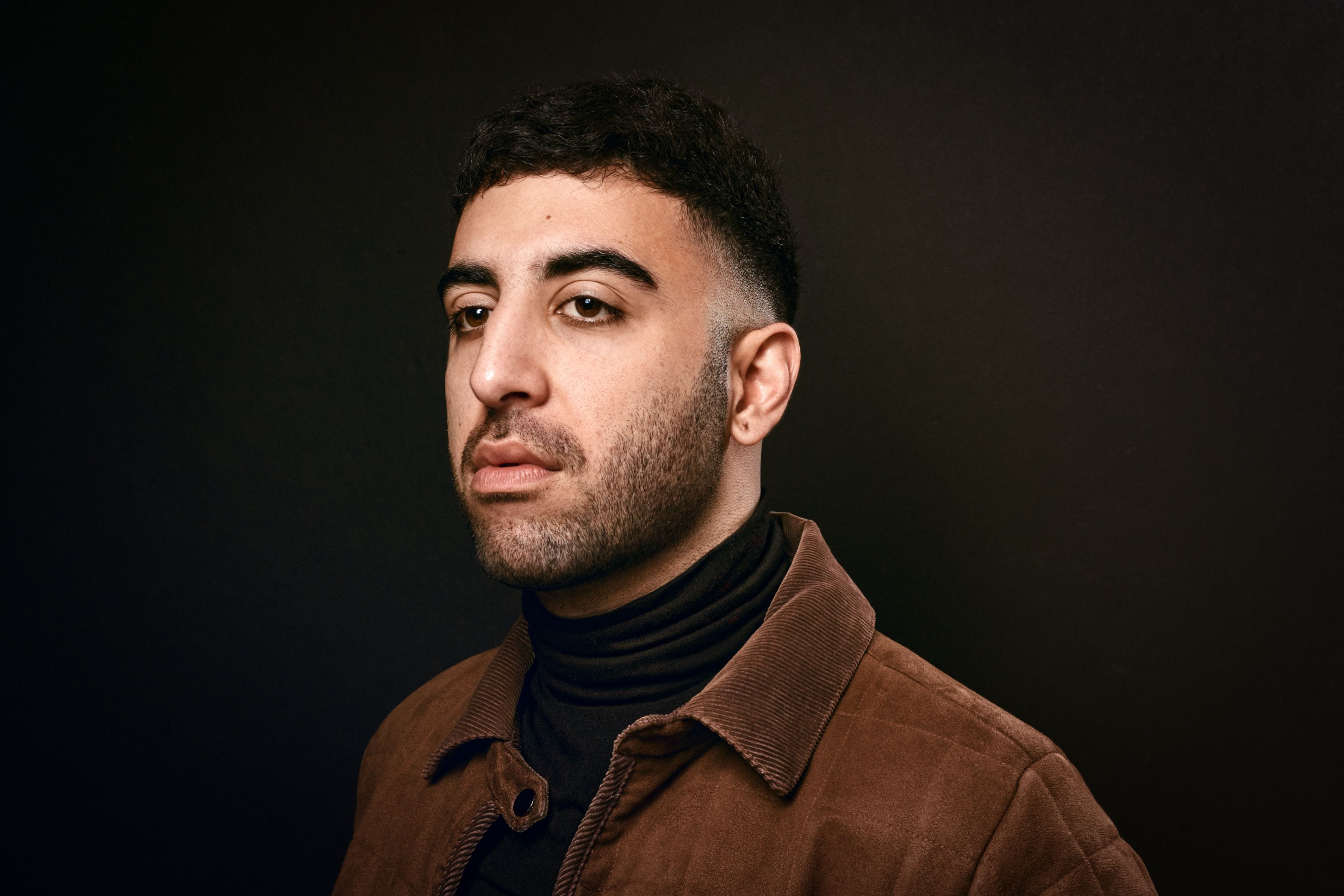