Steven Soderbergh’s work has been in our lives for 29 years via 28 feature films. That’s a mountain of artistic evidence, enough to figure out most directors’ favorite motifs, crutches and passions three times over. Yet maybe it’s because of Soderbergh’s prolific work rate that he remains difficult to decipher. You’d be hard pressed to name another contemporary director whose films can be as routinely dissimilar as Che, Solaris and The Informant!. Or look at it this way: the artist who would direct Erin Brockovich and Traffic in the same year (garnering Oscar nominations for both in 2000) is a puzzler, indeed.

Beyond savoring the occasional heist (the Ocean’s trilogy, Logan Lucky) or a bout of social paranoia (Unsane, Contagion, Kafka), Soderbergh’s oeuvre remains difficult to pin down thematically. That could be the reason why the director is best known as a tactician, someone who’s more liable to foreground how he’s telling a story than why he cares about the film’s subject matter. It’s a reputation he’s earned by working both in the gritty reaches of independent film and in service to the middlebrow studio fare that continues to disappear from theaters year after year.

To reexamine Soderbergh’s very first film, 1989’s Sex, Lies, and Videotape, in the wake of its recent Criterion release, let’s consider his filmmaking via two properties: simplicity and complexity. Because no matter the scale — whether on a ten-day shoot with non-actors for Bubble or working over five months with $110 million of Warner Bros’ cash for Ocean’s 12 — he intertwines the simple and the complex as a challenge to the audience and himself.

“To me, making an idea accessible doesn’t necessarily mean dilution or compromise; it can mean clarity of execution,” Soderbergh writes in the introduction to the Sex, Lies, & Videotape Criterion booklet. That’s about as close to a maxim as the alternately elusive and self-reactionary filmmaker offers for his own career: you can be true to almost any story by telling it a certain way.

Ocean’s 11, for example, is among the sleekest American films ever made, but that’s only true because of dramatic directorial tailoring, translating the impossible robbery of The Bellagio by Danny Ocean and his gang into a zippy and character-driven crime story. Critically, it’s a movie in which audiences can follow the myriad heist steps, but it’s paced and edited so precisely you never have to worry about whether the steps are going to work. Indeed, it’s something very complicated coming across as effortless.

For an inverted example, consider Unsane, the 2018 thriller Soderbergh captured entirely on an iPhone. It teems with rudimentary, almost uncouth closeups, but that guerrilla documentary style derives vein-deep distress from a style of cinematography anyone with a phone in their pocket could reasonably replicate. It’s a very simple thing made to feel very complicated.

Soderbergh thinking about film as primarily a technical challenge, with no detectable prejudices toward “low” art and no particular affinity for “high” art, has made his career almost impossible to predict as it unfurls. Now, in the wake of Unsane this spring, Soderbergh has said he may only shoot movies with iPhones. He’s also made ample television shows (The Knick, Mosaic, The Girlfriend Experience) in recent years, prizing that medium for its storytelling qualities. In the early 2010s, he even retired from film entirely, only to come back with Logan Lucky, claiming to have pioneered a new method for financing film. His work going forward could easily be that of a studio hand or an untethered arthouse filmmaker whose films might not even make it to the arthouse but just land on his website. But let’s go back to the beginning. In 1989, he gave us the rare movie that’s as enigmatic as he is.

Nearly 30 years after it took Sundance by storm and won Soderbergh the 1989 Palme d’Or, Sex, Lies, and Videotape remains remarkable for the same seesawing of narrative ambition with accessible execution that’s defined his career. On the one hand, Soderbergh’s debut is readable as a Freudian literalization of how adult life turns us off and drives us apart, how our kinks or seeming lack thereof can correspond, and how the mediation of sex through images makes life all the more complicated (but also … simpler). Yet all that intellectual weight, dense enough for a 400-level human sexuality course, is grafted onto a stranger-comes-to-town fable. The selfish king figure loses his unhappy bride to a more thoughtful man. Even sensorially, the film’s use of Synthwave master Cliff Martinez‘s spare score prizes minimalism while deepening the psychological impact. Moreover, the fact that we see hardly any of Baton Rouge in the film, but rather so much of people’s living rooms, dispenses with society’s influence in a broader setting and positions us so near to the characters’ lives that we’ve no choice but to take in their ambiguity.

The film’s structure is an impeccably symmetrical quadrangle. In one corner, there’s Graham (James Spader), who opens the movie cruising into Baton Rouge to see an old college buddy. Everyone rightfully suspects he’s a changed man, though they’re not sure how and why. Graham’s old pal is John (Peter Gallagher), a lawyer sharing a luxurious but unhappy home with his wife Ann (Andi McDowell). We meet Ann through one of her therapy sessions; her marriage with Peter is failing either because of his infidelity or her frigidity. Either way, her younger sister Cynthia (Laura San Giacomo), a far more sexually liberated bartender/painter, isn’t helping by secretly carrying on an affair with John.

Sex, Lies, and Videotape bears a few more fascinating qualities in retrospect. And I do think “fascinating” is the operative word for describing this film, compared to say “timeless” or “rewatchable” or “appealing”. It’s hard to imagine that this talky, subversive bedroom drama — with its dated video technology and a few almost-stars — is anyone’s favorite movie. But it is fascinating. The film’s every move compels you to look and listen, and it’s a herculean task not to be drawn in by how Soderbergh lays bare his characters’ foibles with such patience and ultimately, little judgment. 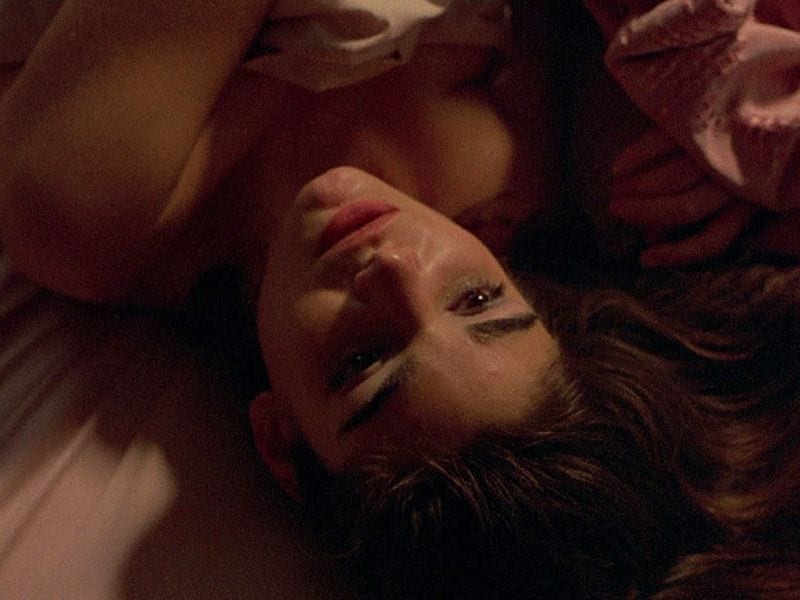 Though the title implies something salacious, which no doubt helped make the film a modest hit at the time, the “Sex” component isn’t all that lewd. Much more, sex hinges on ideas, specifically that of honesty (the explicit antidote to the “Lies” element of the title, according to the Graham character). Mirroring the therapy session that opens the movie, the film is often a discussion of intimacy leveraged against ethical questions. Can John the philandering lawyer really do whatever he wants? Is Graham — who’s impotent beyond his penchant for videotaping women discussing their erotic lives — a pervert or some kind of sex whisperer? What will it take to put Ann in touch with her sexuality? Can Cynthia reconcile her pursuit of pleasure with the harm it causes?

Filmography-wise, it stands as a captivating debut because Soderbergh arguably never again made a movie so psychological, so purely studious of character. It retains that first-film quality of feeling hard-won, yet vibrantly inspired. As the story goes, the director wrote the bulk of the script in a matter of days on a drive back to his hometown of Baton Rouge from Los Angeles, where he was struggling with early directing and writing work. It’s a fitting enough backstory and tempting to imagine a young Soderbergh may have felt like Graham, returning to town a veritable stranger with a new obsession, a cloaked power — an entire secret world of the moving image in his pocket.

Surprisingly enough, Sex, Lies, and Videotape is also a particularly feminist movie for being made by a 26-year-old straight, white, male auteur who helped kick off a movement of ’90s Sundance Film Festival middleweights that, in retrospect, shaped up to be a problematic boys club in many ways. To the film’s credit, Graham initially presents, in no small part due to James Spader’s eerily focused performance, as a sexual oracle of sorts. He’s traditionally impotent but also cuttingly observant and dignified. For much of the movie, he’s held high above the other three players, who could uncharitably be described as two cheaters and a stuck-up housewife. But the film critically pivots when Ann turns Graham’s camcorder back on him in the end, revealing that Graham is, in his own way, as controlling and idealizing in his sexuality as Ann’s husband demanding a midday rendezvous with his mistress.

This reversal puts the power back into Ann’s hands at the opportune moment and prompts the audience to consider the man wielding the camera for Sex, Lies, and Videotape, too. If Graham has too much control to be honest with Ann, what’s Soderbergh getting out of this? What motive does he have to be the maestro, influencing where your eye moves and what stimulates you?

While Soderbergh doesn’t give away his power in addressing these questions, he does tellingly end Sex, Lies, and Videotape with one final tango between ambition and humility:

“I think it’s going to rain,” Ann says to Graham in the film’s waning seconds when all the self-excavation over what intimacy means has turned to sweet romance. Spader’s character looks skyward and responds simply, “It is raining.” At once, Soderbergh’s conclusive joke begs the audience to consider the symbolism while dismissing that same notion: nothing is as mysterious as it seems. That moment of seismic change you’ve been waiting for is already in progress. Watch it go. 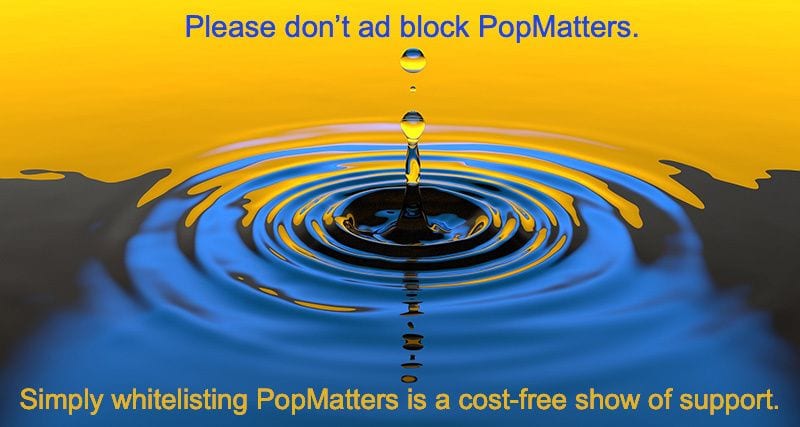