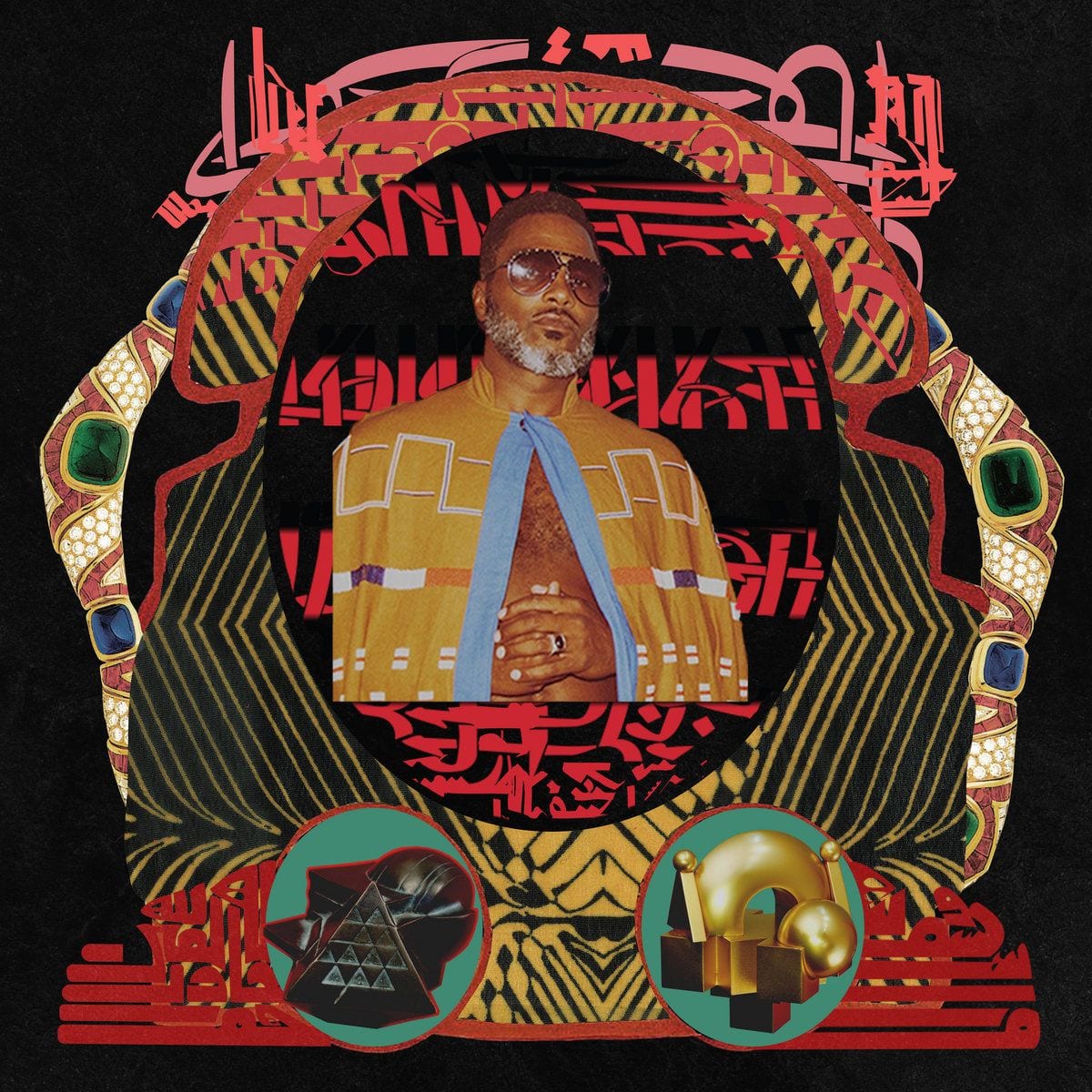 To mention Ishmael Butler’s integral influence on hip-hop culture is overstating the obvious. His work with the groundbreaking Digable Planets has been needlessly shoehorned into every feature (such as this one) because it goes without saying; without the Planets, hip-hop may have turned circles in a rut. Thus, as the founding member of the group, the Seattle native had managed to keep the wheels of invention spinning while pop-rap and gangsta-rap conspired to do the music in.

Yet, with the steady rehash of trap and party-rap making their endless rounds on the available platforms of 2020, the sentiment bears repeating. Butler’s eminence has always managed to signal a new turn in the culture, an offering that has turned many heads as it has hearts. After the Planets’ disassembly following their 1994 sophomore effort Blowout Comb, Butler would take a nine-year hiatus from music before returning with a new project under the name Cherrywine. Primed from the basis of rusty folk music, Cherrywine merged lo-fi hip-hop with acoustic guitar to produce a murky blues full of Butler’s wry musings. It was a welcome return that raised the eyebrows of a curious few but slipped into the cracks of obscurity before the rapper could fully develop the project any further. Another hiatus from music would follow (this time six years), and Butler would emerge with what has now become one of the most important figureheads of the Afrocentric movement in musical culture.

Emerging from the dark depths of musical dormancy, Butler returned with a coolly prismatic form of hip-hop under the name Shabazz Palaces. Flirting with incognito personalities, the rapper-producer, adopted the epithet Palaceer Lazaro and released two EPs in 2009, the self-titled Shabazz Palaces and Of Light. Both EPs, inventive deconstructions of heavily reverbed hip-hop, startled and bemused listeners who were still championing Kanye West and his clique as the saviors of popular music. Against the garish neon perpetuated by the likes of West, Beyoncé, et al., Shabazz Palaces worked the continuums of a musical eventide in earnest, scanning the firmaments for such sounds that volley around in the ethers.

Shabazz Palaces have no forced stratagem. Butler’s one-man-band draws no discernable design or trajectory, preferring to offer all creative endeavors to a dark and nebulous space. But there is clear purpose and intention in every work he has released under the Palaces name. Palaces’ sound is heavy, ripe with ideas that are stuffed to a bursting seam of musical concepts and configurations. Sounds are not simply meant to be heard, but also felt. Butler’s application of the bass, perhaps hip-hop’s most essential element, has become a thing of legend now; an element so primal and heavy in the band’s sound, it has reportedly, on occasion, caused power outages during live shows.

The cusp of Butler’s efforts gained greater measure in his first full-length release, Black Up (2011), an album that mines the soul-deep depths of R&B, Ninja Tune-inspired hip-hop, and the African mysticism found in the novels by Dillibe Onyeama. The songs on the album are not true songs that are patterned on verse-chorus-verse structures; rather, they are heavy throbs of sound that morph and segue from one fantastic idea to another. Butler’s collocations of sound and voice are fatalistic and artful pairings that produce enormous sonic pressure; interstellar vocals that float high above the deadly bass drops. Always working from a base of hip-hop, the rapper layers the production with R&B, mutated jazz and IDM, so that the songs are dense with the compressions of style and technology.

Black Up heralded a new frontier of hip-hop and, had it been streamlined in any way beyond its cultishly devoted fanbase, would have sidelined the dismal offerings by the mass of trap artists leaning on a one-note schtick.

Butler followed up the debut LP with Lese Majesty in 2014, an exploration of hip-hop through infrasound. Driving the bass down to nearly intolerable depths, the rapper discovered even darker realms of which to speak his sibylline poetry. There are sinuous melodies here that soar across the big skies of these expansive numbers and the hip-hop, built on layered drum patterns, hits deep on a level most visceral. Butler’s meditations on love and death are beautifully terrifying, and, amid the booming timbres and supple instrumentation, he locates the poetic nerve of a true hip-hop Afrosensualist.

Those cosmically-inclined musings found their way onto two full-length releases in the summer of 2017: Quazarz vs. the Jealous Machines and Quazarz: Born on a Gangster StarQuazarz: Born on a Gangster Star. This time exploring purposeful minimalism, Butler pared back the stately furnishings of the first two LPs, opting to place his lexicons in the wide-open spatial designs of ambient hip-hop. The Quazarz albums demonstrate a curious redirection of funk and the blues, marshaling the heavier textures of Palaces’ sound to the perimeters to make room for a resonating hollow. Working primarily with atmospheres, Butler orchestrates a haze of melody to preside over the brittle and clattering percussion. There are also a few anachronisms that offset these spare numbers, notably “Shine a Light” with its skewwhiff Motown swing and the eerie electro-slam “Moon Whip Quäz” (both from Born on a Gangster Star). Each album explores, again, Butler’s ideas of love, death, and longing, which shift in and out of paradigms, both political and personal.

Onstage, often accompanied by multi-instrumentalist Tendai Maraire, a practiced musician who helped to expand the surreal dimensions of Palaces’ live shows, Butler pressed these musical concepts into a stunning visual dynamic. Very much like Sun Ra, Kate Bush, George Clinton, and Björk – his kindred spirits – Butler’s live performances are extensions of the storybook characters he creates in Shabazz Palaces. The elaborate apparels, onstage visual aids and shadowy atmospheres conspire to present a man who is, in more ways than one, out of this world.

Working at a steady and industrial pace, the rapper began development on yet another variant of his outré hip-hop, this time plugging in the electric guitar along with the 808s and MPCs. A side project conceived with fellow producer Erik Blood, Knife Knights are the alternative to the alternative; a prog-rock inspired hip-hop group featuring the chilling clamor of sci-fi synths and muffled, animalistic beats (an album, Time Mirage, was released in 2018). In Knife Knights, Butler ramped up his onstage persona to a fearsome hilt, proving indisputably that he is this era’s George Clinton.

Now in 2020, with the release of The Don of Diamond Dreams, Shabazz Palaces’ fifth full-length album, Butler envisions yet another world of sound disturbed by his anxieties and desires. Not as preoccupied with disinterring the cosmos for otherworldly tunes, he instead digs the cold, hard mud of the earth for his mysteries. In the blue, blue swirls of Teddy Pendergrass funk, the rapper lays down a mutated form of hip-hop born and grown from the brittle cuts of an 808. His flows are limber stretches of rhyme, and they settle in the waters with descending calculation, smoothly and unhurried. Butler’s space-rhymes still borrow from his cache of sci-fi films and novels, but this time he presses upon more earthly matters that are shot through with true grief, fear, and romance.

After a short intro (signaling a fall to earth from the far galaxies), The Don of Diamond Dreams opens with the petrifying boom of “Ad Ventures”, a reverberating plod of dark, viscous funk that hits the bass bins with concrete-busting muscle. Butler’s vocals are double-tracked to frightening effect here, and they surround the groove like the menacing auras of ancient specters. And eddying in the aforementioned atmospheres of Teddy Pendergrass are the chilling shimmers of the Cure, a new wave synth-guitar trickling down in icy layers.

Butler allows his son (rapper Lil Tracy) a good turn, featuring him on single “Fast Learner”. Echoing drum slams, a hook of muted horn samples, and the whomp of funk bass conflate nicely to produce a jam that sweetens considerably upon repeated listens. The heaviness of the preceding tracks give way to a gentler percolation of beats on the sphinxlike blues of “Wet” before returning the listener to the eerie distillations of Butler’s hip-hop on “Chocolate Souffle”. The rapper’s rhymes are teleported to the galaxies high above once again, where basslines and synth-riffs are stretched to astronomic disproportions.

At all possible junctures, Butler allows the world in Diamond Dreams to contain his singular vision of hip-hop fully, forgoing the various fashions that circulate in the waters of the mainstream. That won’t help to make him a name beyond the marginal banks that overlook the furors of popular music, but he will never be less compelling for his negations. Butler continues to engage in the wild, empyrean storms that threaten his earthly landscapes, sourcing from them a kind of turbulent blues which he harnesses and negotiates lushly with smooth command. The hip-hop by way of go-go beats of “Bad Bitch Walking” notches up the BPMs on the album for some lively strut before diving back down into the opium-infused waters of the sultry “Money Yoga” (featuring a comet-tailing saxophone).

Butler maintains the smoldering funk on “Thanking the Girls”, a paean to his amative fixations, demonstrated in the dreamy head-trip of a hollowed-out R&B groove. But his true moment of emotional resonance lies in the album’s closing and most affecting number, “Reg Walks by the Looking Glass”. An elegy to his late father, Butler stories a life in cryptic verse; built around a haiku of loss and longing, the song stretches time and space continuums to their inconceivable ends. Butler has said it’s a song about the final moment of life, frozen in the presages of death. Signing off with the mournful bellows of a saxophone (the instrument of Butler’s childhood years), The Don of Diamond Dreams closes a chapter in the rapper’s life while signaling the beginning of another. It heralds a road in which a man, now into his 50s and grown with the wisdom and experience of trial and tribulation, is likely to travel.

It’s uncertain, however, where Butler will take Shabazz Palaces next. His path of dissent has led him to opportunities denied other rappers who have feared such trails taken by a more intrepid artist. The galaxies, where the band often makes its home, has light-years of which to explore; still, for all its excitement, it remains a lonely place to subsist – a possible impetus for Butler to abandon it ultimately. For now, The Don of Diamond Dreams offers yet another exploit in the rapper’s many impossible undertakings. Rife and bleeding with febrile funk and plum-purple soul, Butler’s lunar hip-hop is a work of dark heart.