Even in the waves of experimental hip-hop currently bubbling up from the underground, Shabazz Palaces stand up.

Perhaps it’s their pedigree. Shabazz Palaces’ MC is Ishmael Butler once known as Butterfly, rapper from noted ’90s jazz–hop outfit Digable Planets. He reinvented himself as Palaceer Lazaro and, with bandmate Tendai Maraire, Shabazz Palaces became the first hip-hop group signed to the primarily indie label Sub Pop. Turns out Sub Pop knew what they were doing, as Shabazz Palaces’ first LP Black Up was universally acclaimed as a strange mix of sounds that refused to be categorized.

Their second album might be even stranger, and better. Lese Majesty is a truly baffling and wonderful mixture of ancient mythology, shifting time signatures and cosmic rhymes. When I call Butler, he sounds a lot like he does on the album, composed, relaxed and impossibly calm. We discussed genre labels (and why they don’t work), Animal Collective, and the possibility of future dessert-themed songs. 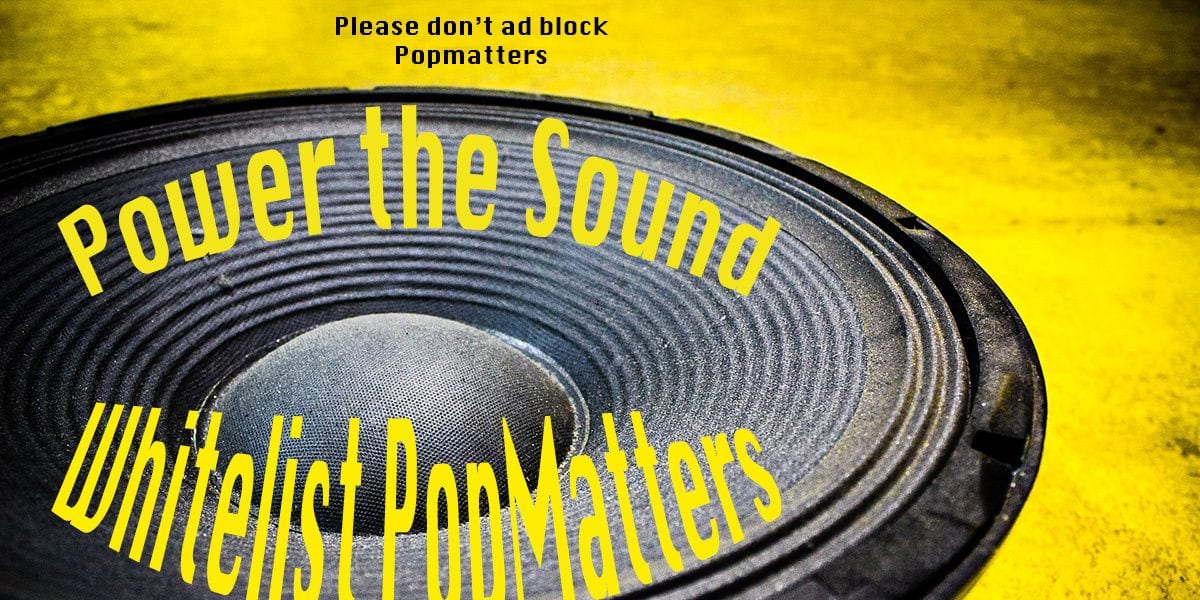 In the past, you’ve talked about a me-centric culture in hip-hop, but much of your content seems to focus on more universal things, less of the “I” and more of the “we.” Are you trying to be a counter-balance?

I don’t think that I have that much weight to counter-balance that other stuff that I was talking about. But possibly, symbolically yeah. But not really … we didn’t set out with that in mind. ‘Cause I don’t really think that’s possible, but I think maybe in intent, or at least in content, we definitely just don’t relate to that way of doing things. So in a sense I do understand what you mean.

The album also feels very spiritual. How did that come into the process?

What do you mean by ceremonial?

Where you record at, what’s in there, who’s there, the relationship you have with the people, the rituals that you go through before you record. These are all ceremonies, you know, that have been going on by musicians and makers of all kinds of things for who knows how long. That’s basically what I mean.

What was the first song you recorded for the new album?

It doesn’t really work like that. I mean, there’s sketches that are made, there might be something we did improvisationally live that ends up being the basis of two or three different songs or parts are taken from this and go into that. I mean, it’s really hard to say. The first song that was completed and kind of put up in terms of “OK yeah this song is done and it’s gonna go on the album” maybe was … “Dawn in Luxor”, something like that. Why?

Because a lot of the songs on the record segue into each other like they’re one song, they feel very inner-woven and inner-connected.

Yeah the suites [ Lese Majesty has seven suites]; each suite is really one song … the different titles inside of the suites just kind of represent musical movements that really come from the same source … so there’s really seven songs to me, on the album.

I wanted to ask about some of the artists you’ve been working with recently. Is THEESatisfaction coming out with anything soon?

Yeah they’re slated for a February release, it’s all done and mastered and everything. So that one sounded really, really good as well. So they’re coming out then in February, I forget the exact date.

And the tour’s been going well with [Sub-Pop labelmates] Clipping?

Yeah they’ve been doing really well, catching on in the states really hot and also in Australia they’ve really got a big single … we actually got a couple of coincidental dates with those guys in America and some stuff overseas as well, so they’re doing real well.

Speaking of touring, how do you guys translate the songs from their studio version to a live setting?

We rehearse, but we really rehearse in order to be able to be spontaneous at the point of contact you know, like we don’t really try to mimic or recreate the recorded song. In the show it’s really just kind of like a point of departure for some rendition of it, but also some departure from it as well. So we had a lot of instrumentation; drums machines and things that we can add on to, just totally depart from the original recording at the same time.

So, it’s never really–I think the way that it’s possible ’cause we don’t really try to recreate the recording in any way at all. We just add something new, some new layer, take some layer away it depends on the atmosphere, the sound capabilities of the sound system in whatever club and how it sounds. We just try to get there and figure it out while it’s happening so we can have a moment that’s only for that night rather than recreating the same moment every night as best we can.

Judging by the sounds on the new album, y’all don’t care about genre labels that much is that a conscious thing?

Labeling is just a marketing thing when it comes to people having to sell music … once you start branding and getting into deeper marketing stuff, you realize that certain people want to relate to certain genres because it’s going to tell something about themselves and people will be able to look at them through this sort genre and things they associate with.

But in reality music; is just that. It’s influenced by many different things where ever there’s rhythm and harmony and melody and cadences and all kind of expressions it’s just music. We just kind of go with that outlook rather than what kind of genre of music we’re making and then trying to fit stuff into that.

Were there any particular records you were listening to while recording? Or was it more inwardly focused?

Well you know, it’s kind of like probably how writing is for you, it’s not that you don’t read other things while you’re writing, but you’re just so busy with whatever you’re doing that you don’t get a chance to like kind of casually read. We definitely don’t listen to things as reference while we’re recording in order to try to get to it. When we are recording it’s 10 or 11 hours a day, you go home and then you sleep and then you do that same thing again so there ain’t really no leisure time to do anything, music or read or see your girl or any shit like that. So that’s just kind of why we don’t listen to other things.

But leading up to it like on tour and stuff we just listen to my favorite album Mature Things by Ariel Pink that was the one I liked a lot, but not in terms of influence on anything on Lese Majesty, but that was something I was submerged in and that I enjoyed listening to before that time. I listen to Truth Seekers Radio a lot and THEESatisfaction — I like that album a lot. I listen to a lot of podcasts and mixtapes and all that kind of stuff. A lot of times I don’t know what it is I’m listening to I’m just listening to it and enjoying it like that.

You’ve talked about enjoying Ariel Pink, Animal Collective, and Panda Bear before, artists outside of the usual hip-hop sphere. Have you reached out to any of them for any sort of collaboration? Or is there any interest?

Making music is intimate. A lot of times people that I really like or people that really like our music, that’s cool just to like it a lot and love it and listen to it and not try to peruse some type of collaboration. But I did have an opportunity to do a remix for Animal Collective from their last album. And Tendai, he met them when they came to town.

I went to the show, but I didn’t get to go backstage ’cause we got split up. We have a relationship that just involves emailing every once in a while and see each other when we happen to be in town together, stuff like that. But maybe one day, but it’s not something I push. I think things like that should happen a little more naturally and organically and in their time.

On a few tracks you use pitch shifting on your voice, sort of like Lord Quas. Are you using that to create an effect, like creating a character?

I just kind of let instinct be my guide. I mean, sometimes you just get to a point in a song where — yeah like, not necessarily — I guess you could say a character, but whatever it is that you’re a conduit for whatever’s being beamed through you may take on a sound in your mind that’s different from the timbre that you naturally have. Then I try to peruse it. Then at other times you’re just rolling around on whatever machine, scrolling through pre-sets and you land on something that “OK this sounds fresh and it will sound good with the other sounds in the songs too.”

It’s just like exploration really, and just jumping off certain types of cliffs and trying to open up sonic parachutes that’ll get you floating down to your destination and landing on two feet.

Finally, are we going to get a song called “#Pie” in the future?

[laughs] I don’t know! Maybe since you spoke it, we might have to do it. [laughs]