As a kid growing up with four siblings in Lincoln, Nebraska, singer-songwriter Shannon LaBrie never had much reason to celebrate Valentine’s Day.

LaBrie’s older sister was born on the “Be Mine” holiday, and her own birthday falls on February 15, so that’s when loving and proud parents each year put all the attention right where it belonged — on their daughters’ major milestones.

Now, with the release of her music video for the heartfelt cover of Eric Carmen‘s “All By Myself”, LaBrie has plenty of reasons to celebrate. For one thing, the premiere is presented today (February 14) at PopMatters. And while relating to the song for years, even when she thought the original belonged to Celine Dion, it has become an extremely personal signpost in LaBrie’s life.

The music video, directed by Sarah Holbrook, was shot in LaBrie’s “very old house that feels creative, vulnerable, and safe” on the east side of Nashville.

“Sarah and I both agreed that we wanted the shots to feel as though we were peeking in on something very private and real and I think she did an amazing job of capturing that,” said LaBrie, who replied to a few questions via email for this article that accompanies the video. “The song itself feels so private, yet in the moment and impulsive. One of my favorite shots is in an old shed tucked away in my backyard. I’m sitting on top of a few old pianos and keyboards that have been stored. Every version of the song I’ve ever heard has been on piano, so it was cool to have the instrumental presence while I played it on guitar.”

The fact that LaBrie recently recorded the song and began communicating with Carmen, who embarked on a solo career with his self-titled debut in the mid-1970s after serving as the charismatic leader and principal singer-songwriter of the remarkable Raspberries, made it that much more noteworthy.

Long before moving to Nashville and being introduced to the songwriting profession, LaBrie first heard Dion’s version of “All By Myself” on the radio in 1996, 21 years after Cleveland-born Carmen released the song that reached No. 2 on the Billboard Hot 100. She recalled listening to the Canadian diva’s rendition while Rollerblading on the concrete basketball court her father installed for her brothers on their family farm in Nebraska.

“Just in the past week, I realized that 1996 was one of the hardest years of my life,” LaBrie shared. “I had gotten really sick and almost lost my life to a disease (that I still have today), and that was also the year my Dad got diagnosed with cancer (he died in 2001).

“I think as a kid, I felt very alone. There weren’t a lot of kids that could relate to being sick and in hospitals all the time. It’s funny but true … the loneliest, saddest song ever written … made me feel like I wasn’t alone. I think it’s one of the most influential songs of my life because it impacted me so greatly at one of the more vulnerable times of my life. Such a great song.” 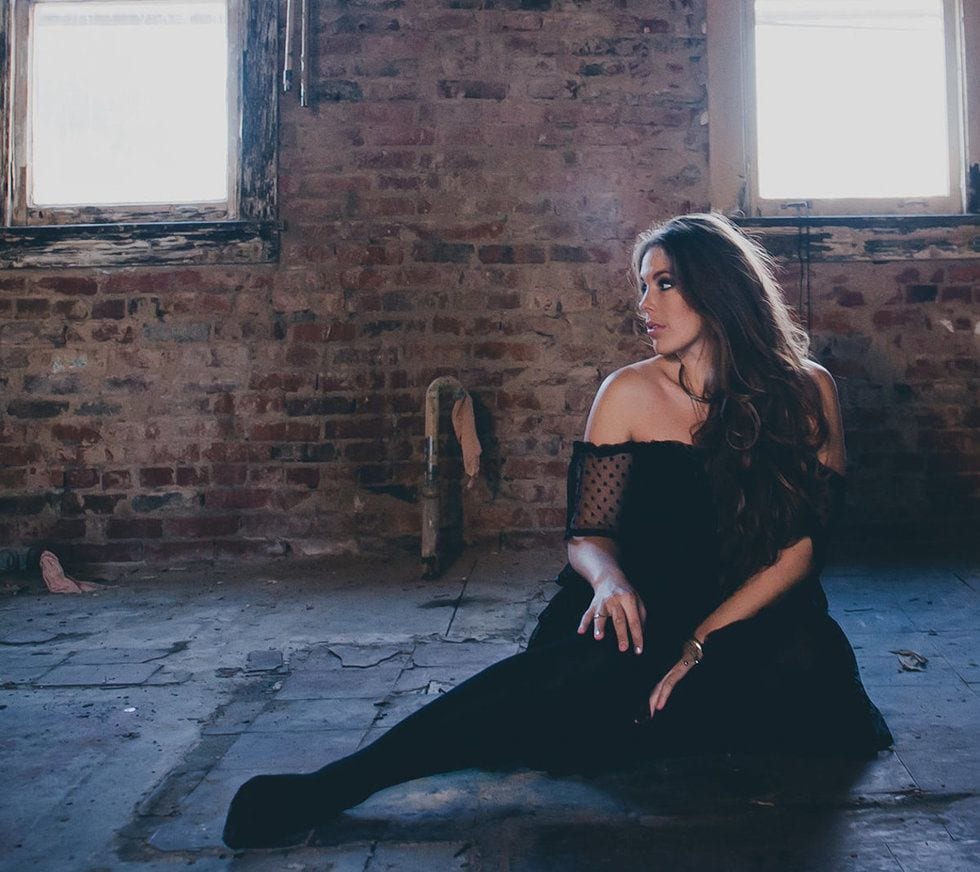 LaBrie was eventually diagnosed with Addison’s disease, which is characterized by progressive anemia, low blood pressure, and bronze discoloration of the skin.

At 5-foot-4 and weighing 52 pounds, she was admitted to Omaha Children’s Hospital, and couldn’t walk due to muscle atrophy.

“It wasn’t till my heart started slowing down that a pediatric cardiologist diagnosed me. Dr. Martin, she pretty much saved my life,” offered LaBrie, who remains on medication and gives herself shots when she feels ill.

“Now that I’m older, it’s started to even out,” she added. “I’m honestly healthier than I’ve ever been but will be on medication for the rest of my life. Also, fun fact, people think I tan all the time … but the pigmentation of my skin is just a result of my disease.”

So while LaBrie doesn’t think “All By Myself” will make viewers or listeners feel “romantically right” on this Day of Love, she does believe Carmen’s song “hits right on the pulse of how most people ‘feel’ on the holiday” because it connects with those not fortunate enough to share it with a significant other. Who hasn’t related to these lyrics at some point in their life?

“I also think the song is, dare I say, empowering,” LaBrie said. “Personally, it feels really good to admit, out loud, those personal feelings. Admitting you’re lonely is the first step to not being alone. The song is a unifier in that, once you admit how you feel, the person next to you is empowered to also admit how they feel. It’s a beautiful thing.”

LaBrie, who is currently in a relationship “with an amazing man”, will enjoy Valentine’s Day night by having an “All By Myself” release party with friends and her music publisher “in celebration of life, love and music!”

It was her publisher who initially sent a list of covers for LaBrie to consider, and it included “All By Myself”, which she decided was a no-brainer.

“Later, I had messaged Eric on Twitter just to tell him what an amazing artist and songwriter he is, and that’s when I realized that my publisher had sent him the song,” LaBrie said. “Not in a million years did I ever think he’d hear my version let alone respond to my message on Twitter. At risk of sounding like a crazy fan girl … I definitely grabbed my dog and squealed when Eric told me that he liked it … I may have even teared up a little.” 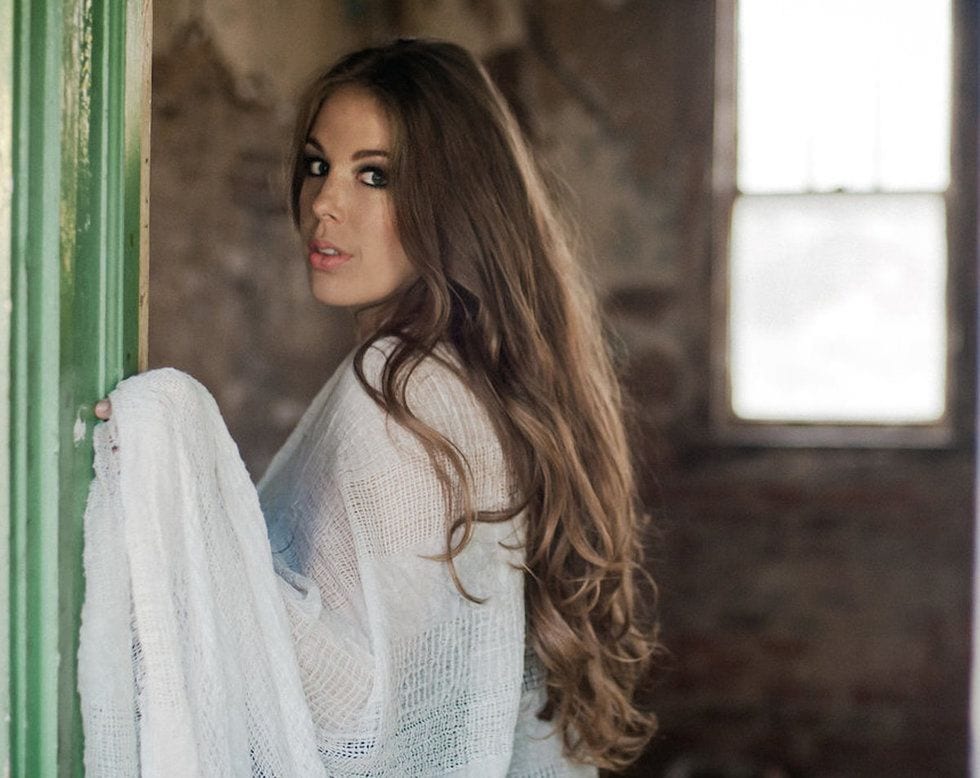 “Shannon LaBrie’s haunting and immensely personal recording of ‘All By Myself’ blew me away,” wrote Carmen, whose Raspberries were an Ohio pop-rock group that churned out stellar teenager-in-love hits such as “Go All the Way” and “Let’s Pretend”, while putting all of their feel-good fun into a dynamic live show. “Her achingly gorgeous vocal and stripped down version of my song is unique among the many covers I have heard. It’s not easy to take a song that everyone knows … and make it your own. She did, and I love it.”

Maybe LaBrie, whose full-length releases include Just Be Honest in 2013 and War & Peace in 2016, can do a Raspberries duet with Carmen for an encore. Right now, she is preparing for a 2019 tour, working on songs for her next album, planning a “really cool live video series” in March and is thinking about recording more of her favorite cover tunes.

So get ready to fall in love with Shannon LaBrie. She’ll capture your heart, even when the special occasion doesn’t fall on a holiday.