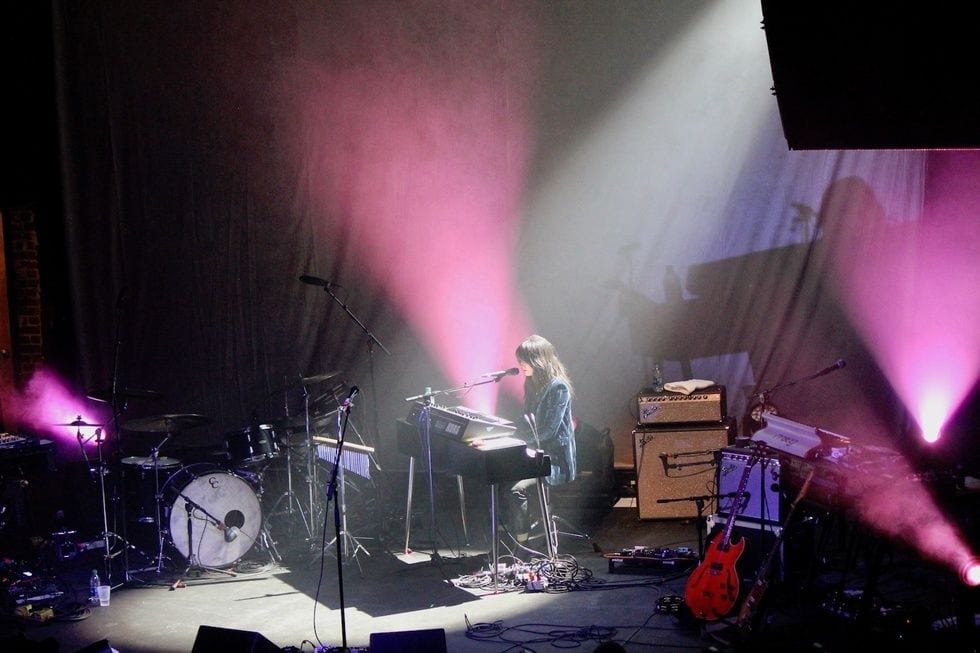 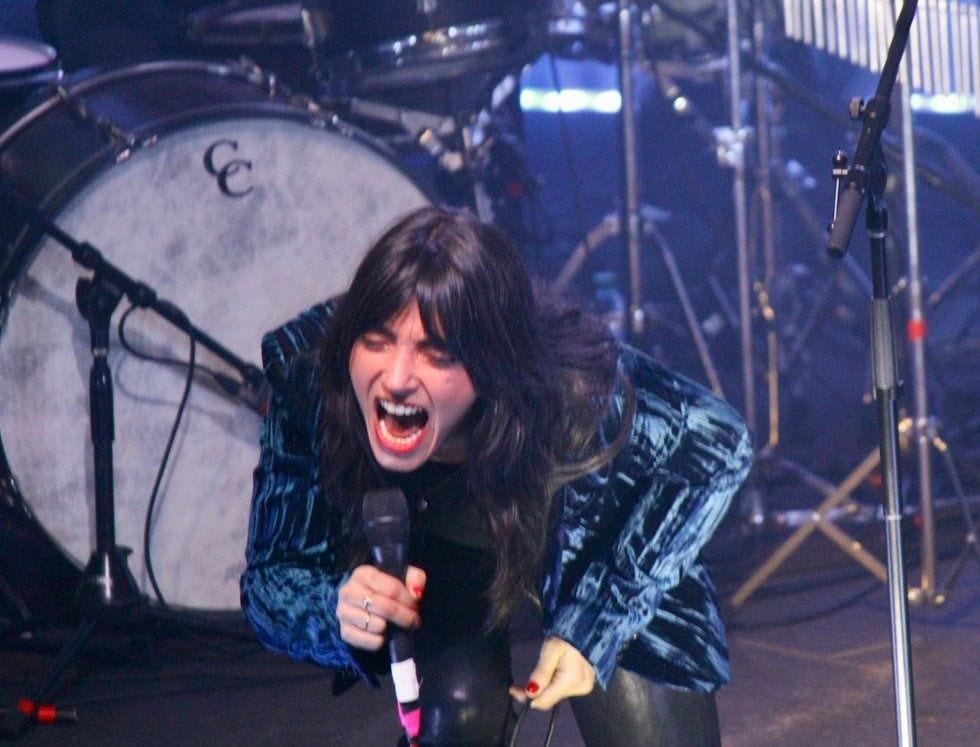 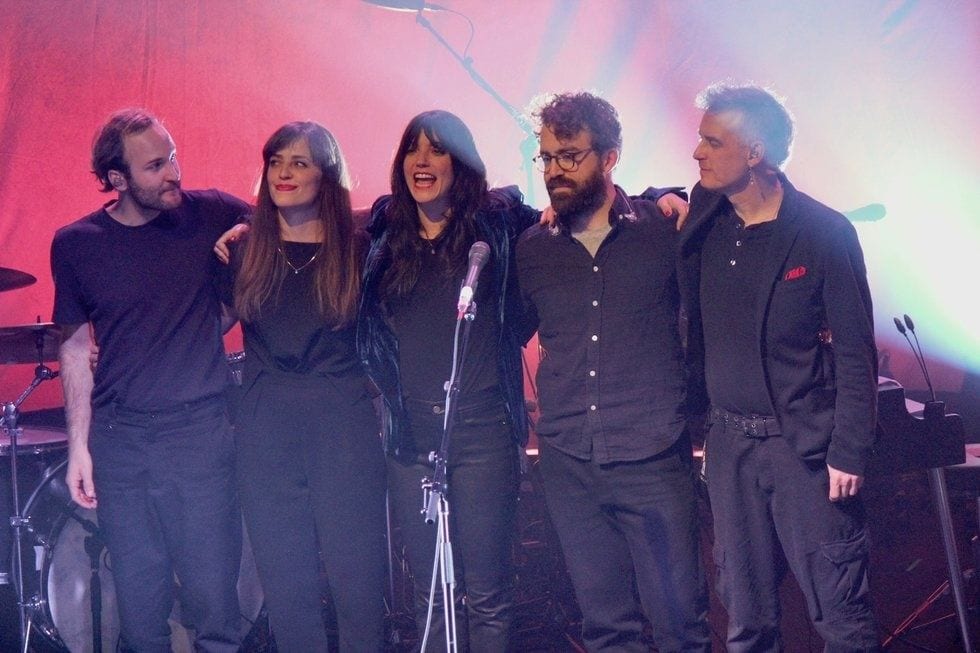 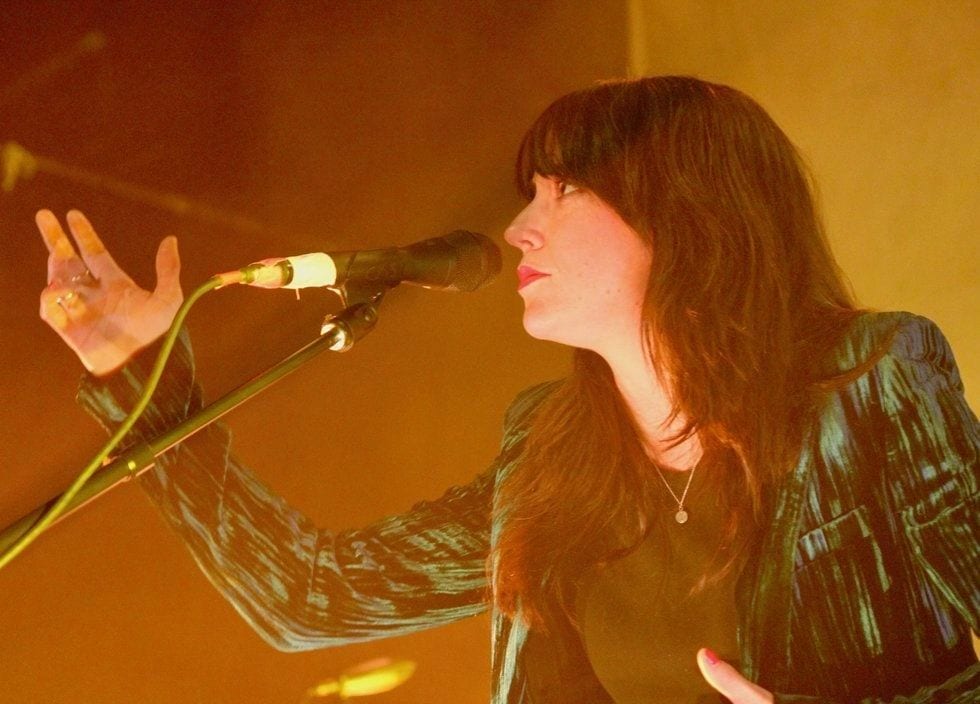 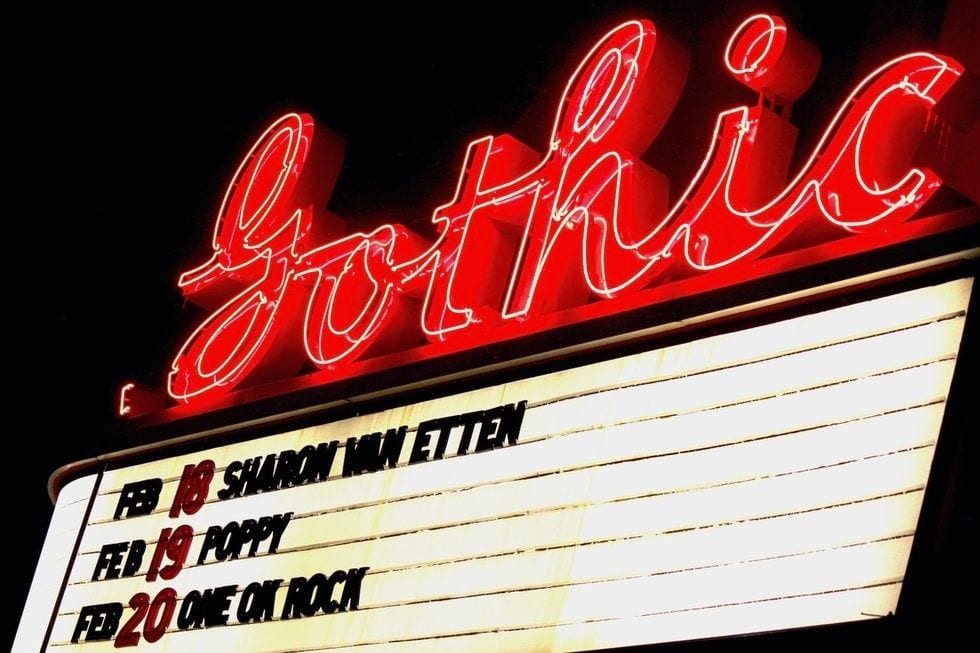 The song climaxes with primal screams nearly as severe as John Lennon’s on “Mother”. It took Van Etten front and center as her four-piece band was back in full force after a brief break.

Co-written with Kate Davis, Van Etten seemingly put every ounce of emotion and energy she could summon from her inner being into “Seventeen”, which sent the audience into a fevered frenzy that required a few seconds for them to exhale, along with the Gothic’s newly ordained Drama Queen.

That’s entirely meant as a compliment for an artist who continues to reinvent herself, most recently as a mother, a college student and an actor. Van Etten has appeared in The OA, a trippy Netflix series that debuted in December 2016 and deals with near-death experiences (among other themes), and was co-created and co-written by star Brit Marling.

In her first acting role as Rachel, one of four characters held captive in a basement by a Frankensteinian mad scientist/genius (are his subjects lab rats or angels of mercy?), Van Etten passed the audition by singing an a cappella version of “I Wish I Knew”, the first song off her debut album, 2009’s Because I Was in Love.

Then, in the series’ third episode titled “Champion”, she repeated the exercise in her first major scene following a moving soliloquy about her character’s little brother dying in a car crash. Unlike Rachel, he didn’t come back from the dead. Later in the episode, her spine-tingling recorded version of “What a Wonderful World” with Juggernaut Kid added the befitting somber touch.

While there are some hits and misses in The OA, it will be thrilling to see what’s in store for Van Etten and her character, who appeared in five episodes of that first season, when Sharon/Rachel and the series return for additional chapters beginning 22 March.

While she told the New York Times it has delayed her pursuit of earning a degree in psychology with the hope of becoming a therapist by the age of 50, that acting experience has meshed well with other artistic achievements in films for Van Etten. She wrote the score for Katherine Dieckmann’s Strange Weather and “Words”, a song heard over the end credits of Tig, a 2015 documentary on stand-up comedian Tig Notaro; performed “Tarifa” as herself in David Lynch’s Twin Peaks reboot; and utilized actor Michael Cera (and his Roland Jupiter-4 synthesizer) as creative stimuli to generate at least one song and perhaps many more sounds on Remind Me Tomorrow, the album title inspired by that aggravating message that appears each day on Mac computers.

“Jupiter 4”, one of the first songs written for the album produced by John Congleton, was the set opener on this bone-chilling, teeth-chattering night. While Van Etten has admitted in the past that she loves “the slow build”, her intense jump-starter was more like a slow burn that started to smolder, its eerie sounds and lilting vocals bringing to mind both St. Vincent and Florence + the Machine.

More memorable gems followed from Remind Me Tomorrow, her fifth full-length studio album. In fact, Van Etten managed to play all 10 songs from the January release at the Gothic, an appropriately named venue for dark themes, haunting melodies, heavy synths and illuminating lyrics.

Van Etten followed with a couple of the album’s bona fide rockers, lead single “Comeback Kid” (striking rock goddess poses while bringing out her inner Pat Benatar) and the melodious “No One’s Easy to Love”, driven by a pounding beat. Then she addressed the audience in a soft-spoken, easygoing manner much like Prairie Johnson, The OA‘s storytelling lead character.

Apparently having studied her local geography, Van Etten said, “I know I’m technically in Englewood, but hello Denver. What a beautiful room. … So we’re here to celebrate our new record, Remind Me Tomorrow. But we wanted to play you all some old songs, too.”

Among the cheers could be heard a voice in the crowd, pleading, “Play them all!”

After the laughter subsided, Van Etten replied, politely, “I’d play them all, but I won’t be staying.”

While there, though, she did her best to bring an ebb and flow to the set, trading off Gibson ES-135 and Fender Jaguar guitars for a seat at the keys just as handily. With “One Day” (off 2010’s Epic) and “Tarifa” (from 2014’s Are We There, recognized by Rolling Stone at No. 20 on its 50 best albums list that year), Van Etten ventured into tender territory (including sweet harmonies with Broderick) before bolting back to four harder-hitting Remind Me Tomorrow cuts.

The synth-heavy “Memorial Day” (where she was in prime chime mode) was followed by “You Shadow”, the psychedelic “Malibu” (listen to the wind blow) and “Hands”, one of the most energetic sequences of the night with its coaxing chorus (“Put your hands on your lover / I’ve got my hands up”) that left loyal followers — and their spirited leader — breathless.

While the rest of the band exited the stage to recharge, Van Etten shared a sigh and a smile, saying, “I have to practice my circular breathing.”

And that was before “Seventeen”, the anthemic shot to youthful exuberance in the city that never sleeps that she started writing more than a decade after moving to New York.

“This is talking about living somewhere long enough to see the changes that I have,” Van Etten, now 38, said in Billboard. “I’ve been here 15 years. To be like, chasing neighborhoods constantly, walking down the street and seeing a place that’s closed that I used to hang out in, in a neighborhood you can no longer afford, but then you see kids younger than you moving in, things like that, constantly — it’s just the New York Story.”

While it was hard to top “Seventeen”, which could find its place in Big Apple rock pop-culture annals with Bruce Springsteen’s “The Rising”, St. Vincent’s “New York” and Patti Smith’s “Piss Factory”, Van Etten made a precious attempt by switching gears with two more songs from Remind Me Tomorrow.

“Stay” is the sweet album-closing ballad written in honor of her son, who was was born in spring 2017, its opening verse building an immediate mother-child connection: “Have you all of my lifetime / Kinda hard to make light / Imagining when you were inside / When you made those kicks at night.”

On “I Told You Everything”, which began a three-song encore, Van Etten was back at the keys again, sharing the lyrics of an intimate episode in her life like she was talking in private with a best friend. “Sitting at the bar, I told you everything / You said, ‘Holy shit, you almost died’.”

In a recently published Elle article, Van Etten divulged the name of that person she told everything to — drummer-manager Zeke Hutchins, her professional and romantic partner. “I was telling him about a really intense point in my life — I could have died in this situation — and he just looked at me and held my hand.”

Perhaps her return to the Colorado capital, where she first fell in love with Hutchins in 2013, added special significance to a show of emotion that was captured during this riveting performance. After all, Van Etten gave it her all.

The Comeback Player continued to do so throughout the States over the next couple of weeks until her voice finally did give out. She could barely talk during a March 2 video message on Twitter, explaining the postponement of a performance that night at the Grammy Museum.

Expect that to be only a temporary setback before Van Etten returns to the stage for an extended European tour that begins March 21 in the United Kingdom. By then, music’s latest mother of reinvention surely will be acting naturally again, having lived to tell a few more stories and pursue some other dreams before, eventually, finding time to finish school and providing another form of therapy to those in need.

“One of these days, I’m gonna walk up to the mic, and my voice just is not gonna be there,” innovative indie artist Sharon Van Etten mused almost an hour into her 75-minute set on February 18 at the Gothic Theatre, just a few miles south of Downtown Denver on Broadway. “I’m glad it’s not today.”

For that, all of us can be grateful.

Van Etten, who gave a pulsating performance on a cold winter’s night when temperatures hovered just below 20 degrees in the Mile High City, had just completed her test of tenacity and vocal strength by belting out “Seventeen”, a singular moment that should elevate the evolving musician and her new album Remind Me Tomorrow to “best of 2019” status.

The riveting number followed her sensitive turn, all alone onstage at the keyboard, of the Sinead O’Connor cover “Black Boys on Mopeds”, which Van Etten pointed out is “still relevant today”.

“Seventeen”, which the New Jersey native has called her love letter to New York City, should stand the test of time, too, because it’s for anyone courageous enough to look into their past and ponder whether they’ve improved or regressed with age.