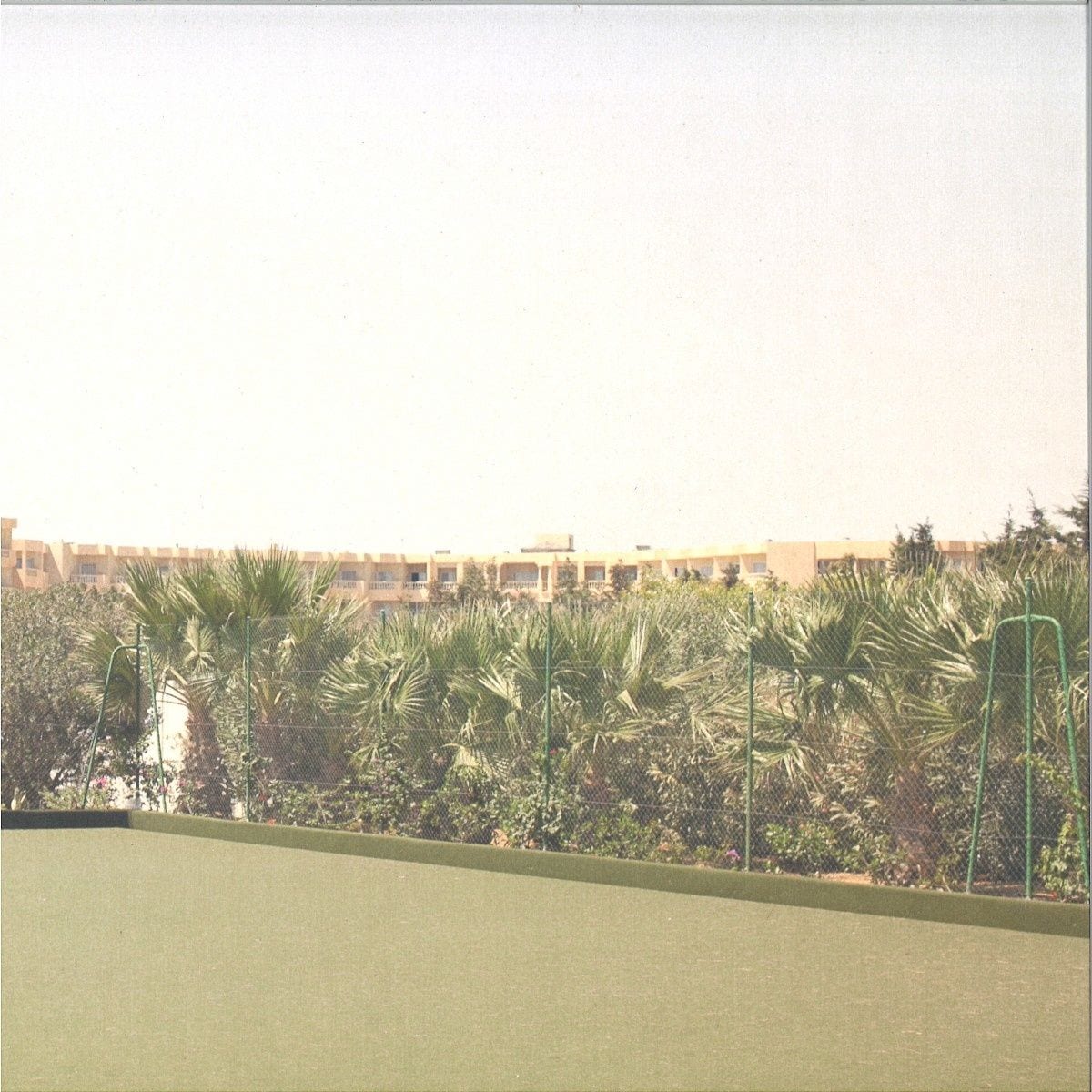 The sleeves of Shinichi Atobe’s last two albums show us zones without people. On Heat, it was a beach resort populated by a single lonely car. On his new album Yes, it’s the fenced edge of what might be a lawn-bowling green, an austere apartment complex looming behind it. Atobe’s work has always reeked of abandonment, neglect, and decay. His earlier albums, like 2002’s canonical Ship-Scope EP and 2014’s comeback Butterfly Effect, felt like rusted, barnacle-encrusted artifacts salvaged from a moldering shipwreck.

As he transitioned from dub techno to brighter, Chicago house-influenced material on 2018’s Heat, a melancholy still tugged at his music; it was redolent less of beach parties than the elemental forces of wind, sand, and surf. A voice on an Atobe track would be as blasphemous as a string section on a Motörhead song. The man himself has never toured or given interviews and sends music to his label DDS by air-mailing it from his home in Saitama, Japan. Even in the ego-averse world of dub techno, it’s hard to think of an artist so completely committed to removing any human element from their music. In a time when dance music can’t perform its basic purpose, this may be an advantage.

Yes picks up where Heat left off and borrows some of the same presets, like a distant, faintly echoing house piano and an insistent little tick that functions in lieu of a hi-hat. But it’s shorter and more evasive. Its dimensions are similar to those of 2016’s World, which also begins with an obstinate, harshly produced sequencer loop that functions to weed out anyone not totally invested in Atobe’s tangled vision. “Ocean 7”, like “Intro” on World before it, warns us anything can happen here. Though Atobe’s recent reverence for the roots of house music makes for less mind-bending music than earlier in his career, an appealing eeriness still blows through Yes like a salty sea breeze.

The chords on “Lake 3” are spiky and off-sounding, and the piano on “Yes” sounds like a snatch of Muzak drifting through a disused mall. Sounds that have no business being on tracks like these still appear often, like a tightly compressed marimba on “Rain 3” that sounds like it’s been spaghettified, or the creepy digital ducks that quack in perturbed fashion on “Loop 1”. Somehow, Atobe makes all of this work. His productions feel like crude lean-tos built from whatever’s lying around—it doesn’t matter what goes into the construction as long as it stands.

There’s one track, though, that sticks out like a sore thumb. “Ocean 1” comes at the end and is the unquestioned anthem of the album, the answer to Butterfly Effect‘s title track, Ship-Scope‘s “The Red Line”, or From the Heart, It’s a Start, Work of Art‘s “Regret”. Fans will recognize this and smile as soon as its growling synth bass grinds away. They may also recognize a sprightly lead that comes in about halfway through as one favored by Detroit techno legends Drexciya. As he often has, Atobe seems to be courting a nautical aesthetic on Yes, with most of the tracks named for bodies of water or forms of precipitation.

Understandably, he’d use Drexciya for this. But Drexciya’s music was about so much more than an ocean fantasia: their Afrofuturist mythology is based on an underwater realm founded by the children of pregnant slaves thrown overboard during the Middle Passage. It’s hard to fault a producer who places himself at such a remove from human society for a tone-deaf appropriation. Still, as often as Atobe’s music feels underpopulated, it’s hard to ignore the human souls that haunt “Ocean 1”.