Just three years ago, Shura sang about her feelings of anxiety, isolation, and insecurity. Though some of those thoughts haven’t quite gone away, they lay in the shadow of a newfound self-confidence on her latest album, the lovely forevher. Here, the focus lies on much of the opposite: connection, romance, and assurance.

Self-effacing without the deprecation, Shura projects the air of someone who’s starting to figure things out. A person’s 20s, while considered adulthood, are still a period of exploration and discovery. A past version of Shura might worry over uncertainties or insecurities, but today she inhabits a much better headspace.

For one thing, she discovered she loves hats, and not just the beanie she happens to be wearing. She attributes this to having an “odd-shaped head” as a kid, though she learned some new things about her stylistic preferences while preparing visuals for forevher. “When I was younger, whether I was playing Zorro or cowboys or whatever, usually a hat was involved,” she shares. “So I’ve always been a hat person, but when I did the video for ‘religion’, I thought, ‘I really like this.’ For one thing, it’s much better for the summer than the beanie.”

This style epiphany marks just one of the many breakthroughs Shura achieved for herself in the past three years since the release of Nothing’s Real. She talks about how her therapist helped her come to terms with her insecurities and anxieties by not eradicating them but learning to deal with them instead. “I think it was more the realization that struggling with anxiety doesn’t have to define me,” says Shura. “I guess making a record about anxiety and missed opportunity almost meant that I’d written the script for myself [and] cast myself as the anxious character, [but] that didn’t have to be the only thread of the storyline.”

That said, Nothing’s Real and its fears continue to resonate today because, whether or not Shura felt all that positively about other aspects of her life, she never doubted her ability as a musician. “It is possibly the one aspect of my life where I feel completely convicted,” she asserts, and the strength of both albums remains a testament to that.

From the get-go, Forevher relieves the stress that gripped much of her debut. “Side Effects”, a fan favorite and currently her most popular song on Spotify, shrugs off deadweight with the same ease as a sleeper lifting off their sheets after a long slumber. On the surface, such a song sounds directed towards a romantic partner, but Shura acknowledges it can apply to her departure from her old label to Secretly Canadian, at least, if her fans see it that way. “Yeah, make it sound like I broke up with them!” she laughs. “It is a song about being free. But it’s also about how I can have confidence, I can be brilliant, and I don’t have to be those things all the time.”

Another change in her life was her relocation to New York City from London. Where in London, she felt much more confined, New York feeds her curiosity and implores her to explore its streets and people. It’s in the States, she says, that she can meet someone like Tommy, the older man from the Forevher track of the same name. “We are creatures of habit, and I lived in London for seven years,” she shares. “I would come home, sit with the cats, and listen to a podcast. I lived in Shepherd’s Bush, and no one wants to come to Shepherd’s Bush. In New York, everything is new.”

The other thing new to Shura is her sound, which defers from the hazy electropop of the first record for something a little more funk-infused and stripped back. She cites the Beach Boys and Minneapolis sound as inspirations for Forevher‘s direction. It’s what led her to take risks regarding not just her sound but also her subject matter. According to her, laying bare your desires and dreams feels much more vulnerable than disclosing your doubts.

The result is a love letter of an album chock full of groovy and sentimental tracks, some that swing (“forever”, “religion”), and others that stomp (“flyin'”). Though it deeply references her relationship with her girlfriend, Shura and her partner admit it’s not all that difficult to listen to themselves (though remember, they’d never be intimate to it!). “I think it’s easy for us both to listen to the record and not really think about the fact that it’s about us, especially now that the record is out,” she says. “I think her favorite track is ‘control’ or maybe ‘the stage’!”

Speaking of the latter song, she did admittedly say she feared that those mentioned in the song, synthpop group MUNA, might not catch her drift. “I was nervous sending the song to Muna,” she reveals. “I didn’t want them to think the line ‘I’m gonna stop doing music’ to be interpreted as a dig against them!”

Unsurprisingly, they loved it, but the word’s still out on whether or not Carrie Fisher’s people know about the whimsical “Princess Leia” yet. I am grateful for that, actually, because I’m a huge Star Wars fan,” she gushes. “No one from Carrie Fisher’s camp has reached out, thank God!”

Technically, Star Wars isn’t the first blockbuster she’s referenced in her music. Back in college, she wrote a 24-hour musical about Titanic, but instead of the ship and its passengers, the iceberg is the protagonist. Because of her shift in sound from album one to two, it is a fair question to ask if her subsequent musical development might be to the theatre. “I definitely would like to see forevher as a musical,” she says. “I’ve not really loved that many musicals, though Sondheim is a hero of mine. I think he’s brilliant and has a great sense of humor, which helps.”

So, in 15 years, Forevher: the Musical hits Broadway – would she play herself? “Absolutely not!” she laughs. “Someone a foot taller and more glamorous!”

Fans in the States can catch Shura on the forevher tour right now, and the European leg starts in November – tickets available here. 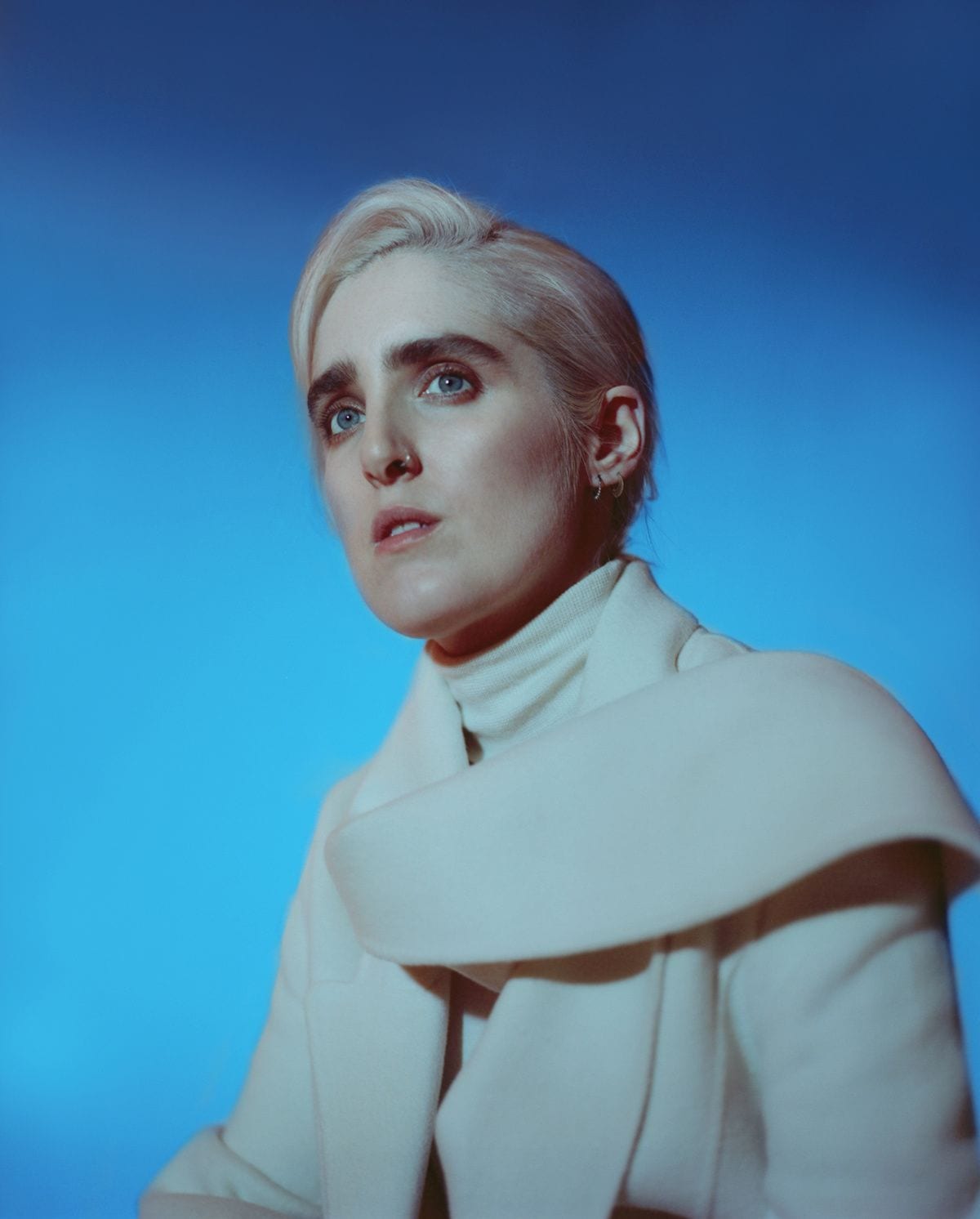