On the long list of potential Hollywood sequels, a follow-up to 2015’s Sicario seemed about as likely as revisiting Salo, or the 120 Days of Sodom, or worse still, a new Pirates of the Caribbean movie. Denis Villeneuve’s morally conflicted take on America’s “War on Drugs” was brilliant, challenging, and seemingly self-contained.

And yet screenwriter Taylor Sheridan has delivered another bloody chapter from the Mexican border in the tragically named, Sicario: Day of the Soldado. This is a manly movie about hard men doing hard things. Josh Brolin and Benicio del Toro reprise their roles, while Villeneuve, star Emily Blunt, and cinematographer Roger Deakins sit this one out (Blunt is rumored to return for a third Sicario installment). Their absence squeezes most of the humanity out of this curious franchise, but Italian director Stefano Sollima injects enough testosterone to induce puberty at a retirement home.

Sheridan and Sollima leave us in the care of people who murder and manipulate for a living. It’s a bleak, cynical world populated by characters who follow orders, no matter how deranged. In Sicario, Sheridan nudged the precarious line that sometimes separates justice from morality. With Sicario: Day of the Soldado, Sheridan buries that line beneath layers of blood and dust. This isn’t a film about individuals… this is a film about the mission. The propulsive action that accompanies that mission is undeniably thrilling, and this is why the film garners a modest recommendation. But the ugly implications to our current immigration debate in America — a debate the filmmakers completely ignore — make Sicario: Day of the Soldado a lightning rod for attention unbefitting its modest artistic achievements. 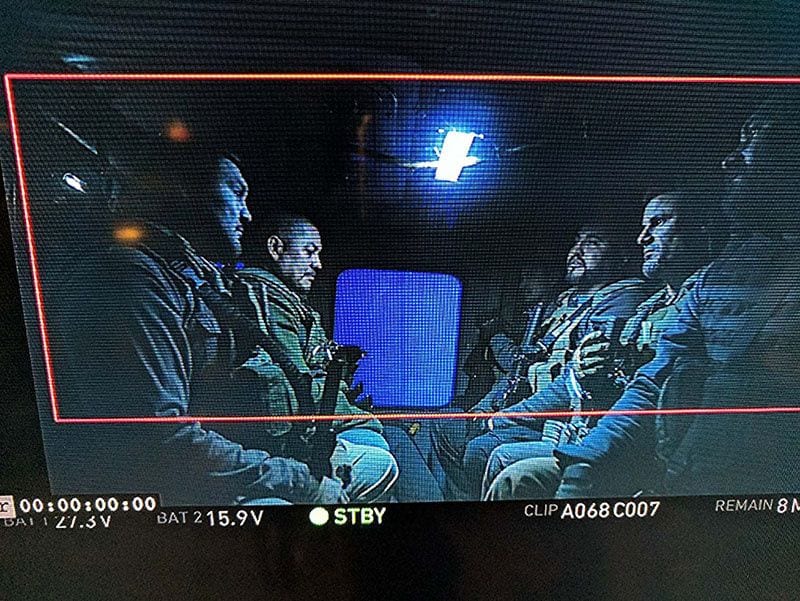 Twenty years ago, the most precious commodity to cross the US-Mexico border was cocaine. “Today,” DEA Agent Matt Graver (Brolin) explains, “it’s people.” And not just any people — terrorists delivered from the Middle East to the Mexican border and smuggled into America. After alleged terrorists sneak across the border and blow themselves to bits in a crowded American store, several bottom-feeding politicians see an opportunity to re-classify illegal immigrants as dangerous terrorists.

Let that one sink in for a moment…

It’s a powder keg of an idea that should fill every viewer of conscience with dread. That this juicy little plot nugget is so casually dropped — dangerously connecting incendiary words like ‘immigrant’ and ‘terrorist’ — is almost unconscionable. Even more shocking, this re-classification of immigrants as terrorists is only referenced one more time in the film, when the “terrorists” responsible for the store bombing are revealed to be Americans.

The weaselly Secretary of Defense (Matthew Modine) starts howling for blood and eventually the most dangerous wolf answers his call. Graver brings his wealth of DEA and counter-terrorism experience to bear, enlisting the help of the vengeful killing machine, Alejandro Gillick (del Toro). You’ll recall that Alejandro’s wife and children were murdered by a Mexican drug cartel in events preceding Sicario.

Here, Graver and Alejandro orchestrate a nasty little war between rival cartels by kidnapping the 16-year-old daughter (Isabela Moner as “Isabel Reyes”) of one of the kingpins. “If you want a war,” Graver advises, “kidnap a prince and the king will start it for you.” How this destabilization will stop terrorists from crossing the border is a bit murky, but it’s got to work better than diplomacy and international cooperation, right?

Sollima (whose résumé includes the Mafioso television drama Gomorrah) delights in the details of subterfuge. We see meticulous plans devised, executed, partially foiled, and then re-calibrated for maximum carnage. At its best, Sicario: Day of the Soldado reminds one of a ’90s-era Michael Mann crime thriller. Mann painstakingly presented the minutiae of crime; how it works, how it impacts the criminal and the cop, and the queasy symbiosis between them. Sollima has a similar eye for detail, though he lacks Mann’s penchant for bold visual composition. 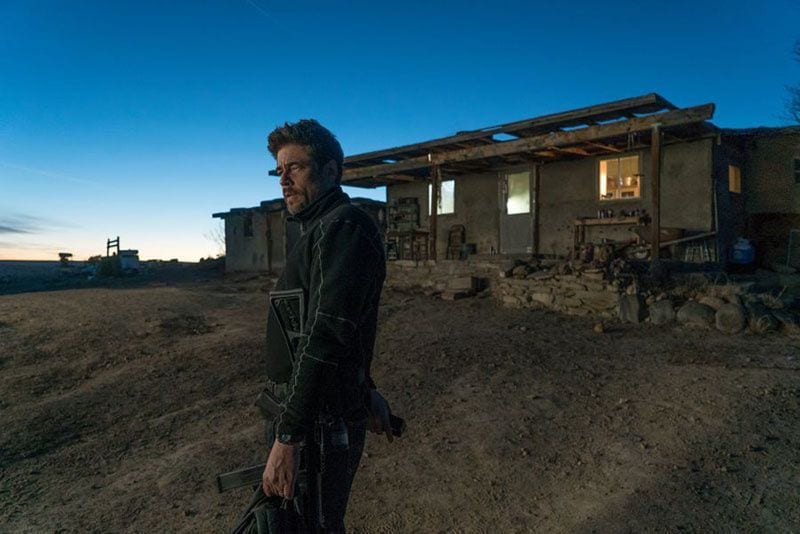 Indeed, of all the holdouts from Sicario, perhaps the most profound omission is choreographer Roger Deakins. This is a dreary affair staged mostly on a washed out Southwestern canvas. The starkness may physically manifest Alejandro’s barren soul (surely one of Sollima’s thematic aspirations), but the deft touch of Deakins would provide welcome relief from the overwhelming sameness of desert and scrub brush.

Emily Blunt’s principled, overmatched FBI agent is also missed. She was our moral surrogate in a den of vipers. While only the most strident authoritarian would be okay with Graver’s unethical tactics, this is a film desperately lacking a moral center. It also lacks an emotional core. True, Isabela manages to unearth a tiny shred of Alejandro’s humanity, but he remains an unapproachable assassin. His backstory of loss and regret exists not to make him sympathetic, but to fuel his anger. He is a vessel of death and destruction; a human Terminator whose pulse rate hovers somewhere between single digits and hibernation. It’s mesmerizing and terrifying to watch him work, but we never feel anything for him. Much like Mad Max, he’s haunted by demons but never conflicted about his course of action. 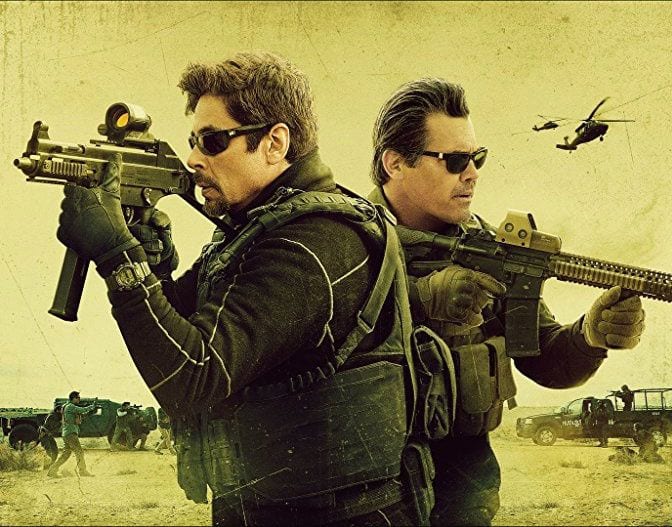 Here’s an idea to bolster the emotional content of your film: actually incorporate one of the Mexican immigrants into the story. Immigrants are presented as faceless pawns, scurrying across the desert and wading through streams toward hollow promises of freedom. They scatter beneath helicopter searchlights and pack shoulder-to-shoulder in squalid box cars. Who are these people? Do they have names? Did they survive their perilous journey? If you’re going to haphazardly tie terrorists and immigrants together as a key plot point, at least have the decency to put a human face on the issue.

So why recommend a movie with so many social, moral, and narrative problems? Because so few films adequately capture the smothering pillow of machismo like Sicario: Day of the Soldado. The unapologetic ruthlessness is almost intoxicating, and the abhorrent violence will appeal to fans of edgier crime-thrillers. Sollima knows how to film action that bristles with inescapable tension. In a PG-13 Cineplex, it’s increasingly difficult to find uncompromising thrillers. Sicario: Day of the Soldado is a celebration of unrepentant bloodshed and the men who do it so well.