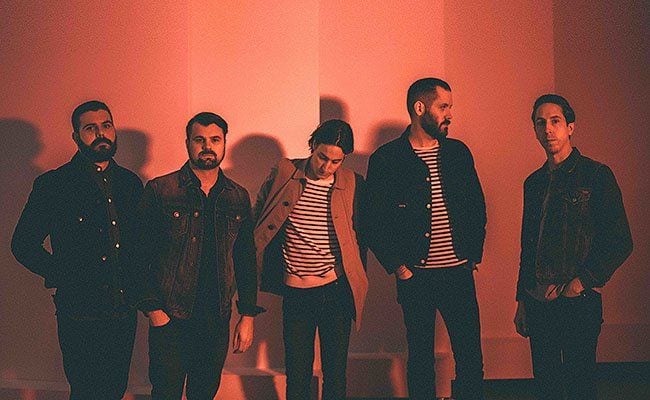 It’s difficult to deny that Silverstein is a flexible post-hardcore act. Coming in with their eighth full-length release, Dead Reflection, one constantly reflects on whether the Burlington, Ontario-based band has finally reached that point where their sound is static, leaving newcomers scratching their heads, wondering if trying their new material would be worth it. Here is a group who have fans with a personal nostalgia toward previous work, and with Arrivals and Departures hitting its 10th anniversary earlier this July, there is always the sense that the band is growing. Dead Reflection shows the band’s development in a subtle manner, carrying tropes and images with crowd-pleasing lines rather than intense guitar riffs.

The band’s conceptual previous effort, I Am Alive in Everything I Touch, lays the groundwork for the band’s lyrical themes here, a key strong point of their latest release. Their concept album established that in each hemisphere, singer Shane Told feels the presence of love and loneliness. While less-experienced post-hardcore acts will scream that they see their lover wherever they go, they don’t have the smarts to say where they see them. Silverstein has, stating that love has been felt in Pensacola, Phoenix, Toronto and more. Told still ponders on these places — still ponders on the rest of the world — when walking with the “ghost” of a woman.

But the band isn’t perfect in their execution, and despite each song having at least one memorable line, each vocal and string feeling like a bull in a china shop. There are many times where this record feels uncontrollable, with Told’s clean and hardcore vocals feeling in two different frames at once. “Retrograde” has apt call-and-response segments, but the clean vocals lessen the impact that the visceral shouts posit. “Demons” also revolves around such a headspace, utilizing the trope of mask-like facades and fighting off demons in the head as if the band had done it for the umpteenth time. If listeners can battle the overused simile, then it is not difficult to find the record likeable, even amidst the unforgivable whoas that occasionally penetrate the background (“Cut and Run”, “Ghost”).

Silverstein don’t really have much of a presence when it comes to memorable riffs, though they do fashion intensity with their harsh strings. “Last Looks” kicks the record off with such a presence, which finds its way alternating between rugged as alligator skin (“Ghost”) and brittle as an emo song (“Mirror Box”, “The Afterglow”). Though the drums and bass never pierce through, there is a section in closer “Wake Up” that sends chills. This track is amidst its own ruin, with listeners questioning whether adding a keyboard or adjusting tempo would make Silverstein’s songs more devastating. In a single song, there is an amalgamation of the album’s theme of reflection:

“Images are fading / There’s nothing in the mirror.”

If one does not like the record for its lack of instrumental prowess, then there is at least some hope in its lyrics. The cynic would say that Dead Reflection is a set of words that will find themselves in Facebook statuses and ominous Instagram captions, but there is genuine care put into several lines.

Told feels like he is in the middle of the ocean shouting an SOS when he cleanly vocalizes such a line (“Mirror Box”).

“No one can stop it … drowning in the silent seas / You said you would never leave / Everywhere I go in the shadows / I see your ghost.”

Told has a hold on vocals that make the band carry the banner of post-hardcore on these albums. There is inevitability oozing from “Ghost” that dashes hopes of solace.

Fans will enjoy the result that is Dead Reflection, especially when it tries reliving memories and bringing them to shore. The band did not stay static here, and that is for the best.