Skip to content
Prisoners of the Ghostland
Sion Sono
XYZ

All that certain film fans will need to hear about Japanese filmmaker Sion Sono‘s post-apocalyptic samurai-western Prisoners of the Ghostland is that it’s directed by Sono. It features Nicolas Cage squeezed into a black leather suit strapped with bombs, engaging in intense samurai sword battles, and throwing down John Wick-style martial arts maneuvers on hordes of cowboy bad guys. Fans will hit frenzied highs never before imagined.

For cult film fans, Sono’s reputation as a shameless purveyor of gonzo provocations and libidinal excess is inescapable and almost mythically outsized. He’s undeniably prolific in the underground, having directed over 50 films since the mid-’80s — he’s also unassailably original. He observes sex and violence from a distinctly Japanese perspective, but he is uniquely uninhibited by all notions of propriety or seriousness. In comparison to most of his fellow subversive genre filmmakers, he’s far more willing to show the adolescent and libertine sides of his psyche, and he seemingly has no sense of either embarrassment or dignity. He’s widely hailed as a one-of-a-kind curator of weird and nasty convulsions, and for good reason.

This is all true by his reputation of course, but in practice, Sono’s films can often fall short of the singular quirkiness suggested by his mythological notoriety. This is where
Prisoners of the Ghostland lands, even with all its offbeat worldbuilding and delirious and surreal storytelling. It’s exciting, wild, bold, and joyfully ridiculous, but it’s almost exactly what you expect. Of course, when you expect the unexpected, the unexpected has a lot to live up to. 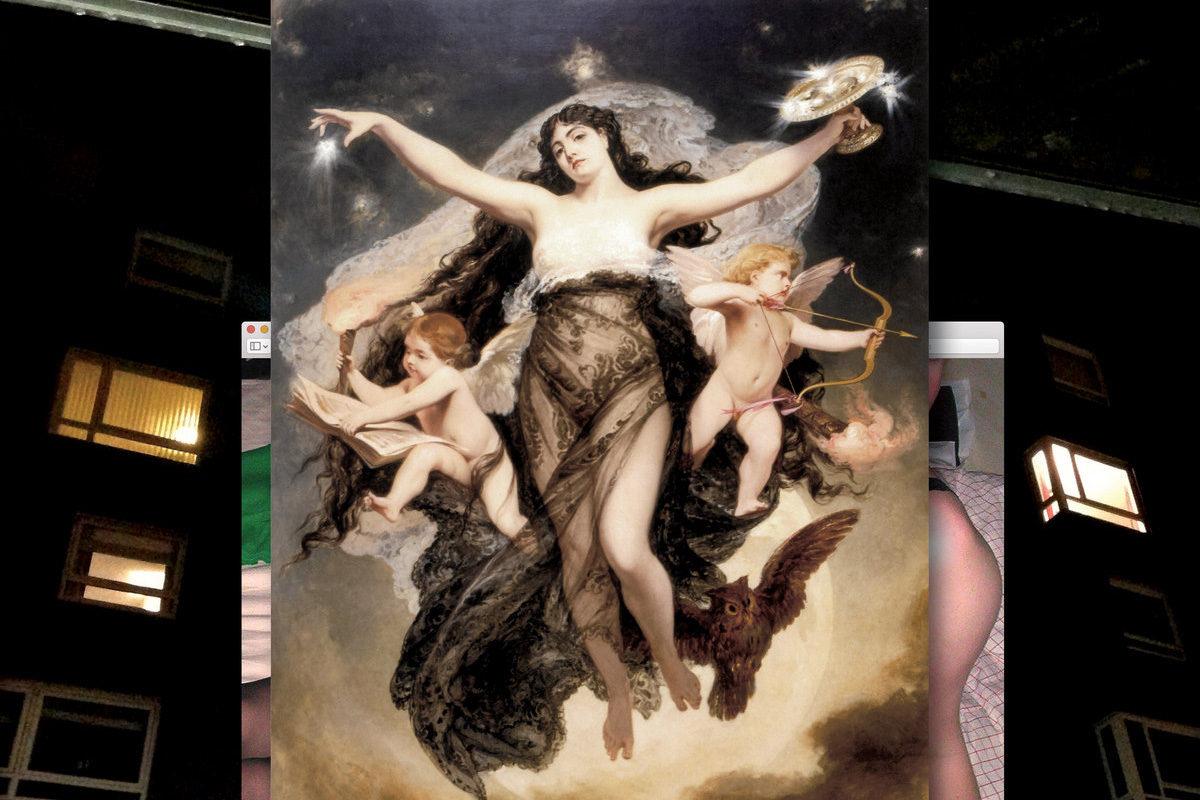 PM
The Artwork of Arab Strap

Prisoners of the Ghostland, as much as it can be coherently explained, is about a bank robber referred to only as Hero (played by Cage) forced by Samurai Town’s white-hat sheriff and warlord the Governor (Bill Moseley) into rescuing his granddaughter Bernice (Sofia Boutella), who is trapped in the Ghostland, a nuclear wasteland outside of town from which no one can escape. To convince him, the Governor locks Hero into a suit that will set off explosive charges if he doesn’t execute the mission within five days. That may seem like a complicated set-up for an action film, but then I haven’t even mentioned the radioactive ghosts, the geisha mobs, the Ghostland cult, or Ratman and his Rat Clan. Typical of Sono, there’s almost too much to take in.

Although it’s his first English language film, much of what could be said about most of Sono’s work can also be said about Prisoners of the Ghostland: it’s overflowing with over-the-top tropes and effervescent glitz, stylized to the point that it all feels strangely hallucinatory and, true to his subversive nature, it upends traditional ideas about the constraints of masculine heroism and villainy in action films. It also explores power dynamics within hedonistic communities like Samurai Town versus spiritual communities as represented by the Ghostland. Even Cage, with his level of star power, feels right at home in Sono’s world. Sono plays right into his kooky and unhinged persona, leaving the space for him to give exactly the kind of performance that has made him a perennial meme. (Many people will watch the film just to see Cage scream the word “testicle” at the top of his lungs, and it will be worth it.)

Sono’s maximalist vision is as much a burden as a boon, however. The film’s opening—from Hero’s tragically botched bank robbery to the Governor’s enlistment of Hero in front of the whole town to Hero’s high-speed exit—is a masterclass of whimsical environmental storytelling interjected with hilarious idiosyncratic character moments. As soon as the film reaches the Mad Max-esque Ghostland, though, it becomes severely debilitated by incomprehensible exposition about prophecies and the ravages of nuclear war and time. From then on, almost everything that happens in Samurai Town is absurdly entertaining, but almost everything that happens in the Ghostland is confoundingly obtuse, with the exception of some signature Cage moments.

Luckily, Prisoners of the Ghostland reverts course in its explosive finalé in which Hero, Bernice, and the Governor’s samurai deputy Yasujiro (Tak Sakaguchi) run rampant in Samurai Town in a quest for revenge and redemption that further entangles conventional Hollywood morality with oblique motivations and outlandish moments of epiphany. Prisoners of the Ghostland struggles to make its grander ideas intelligible and interesting, but singular action and style it absolutely gets right.

Prisoners of the Ghostland is an over-the-top love letter to the genre, a head-on collision of East and West that, in a just world, would deserve at least as many sequels as John Wick. At its best, its genre cinema at its purest and storytelling eccentricity at its most entertaining—like Akira Kurosawa by way of Baz Luhrmann, with the volume turned all the way up. For anyone looking for a quotable midnight film with a half-dozen memorable scenes of Nicolas Cage doing something insane, you’ve found a home here. And if you can parse the film’s philosophy of chaos, even better. 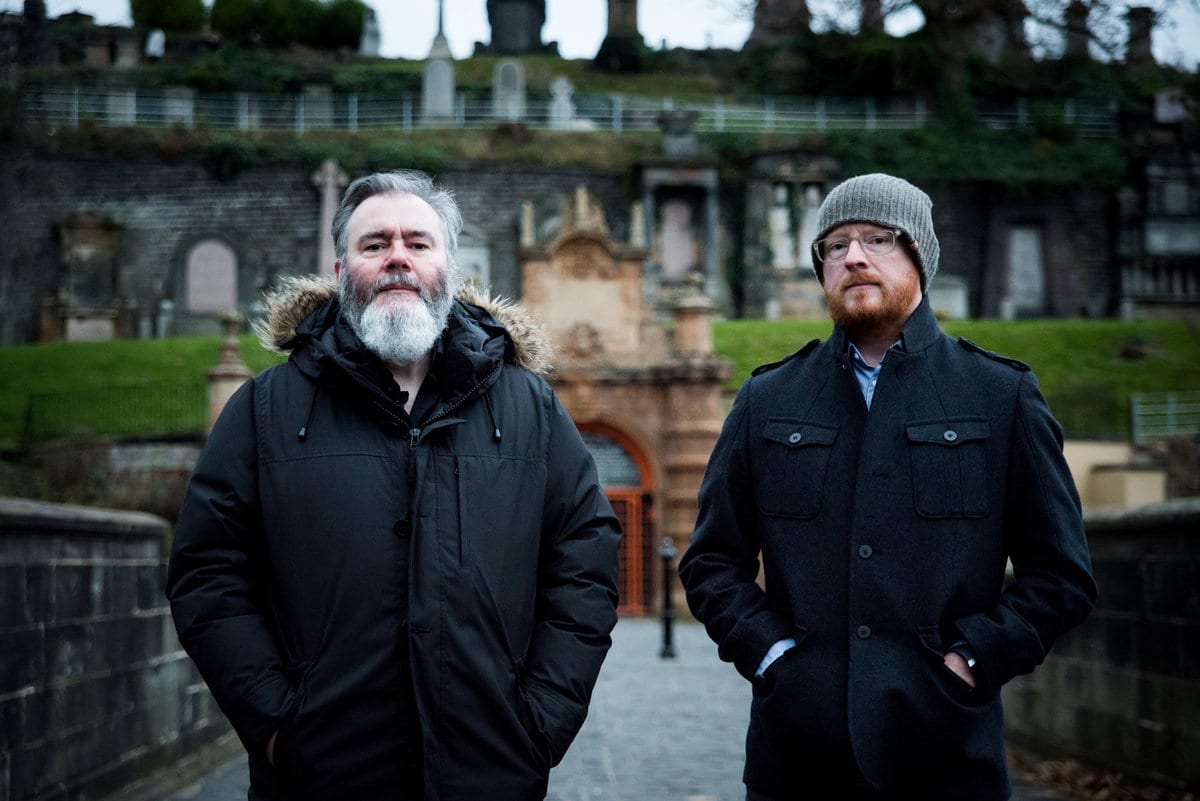