Four decades after it unfairly became a casualty of the “Disco Sucks” movement, maligned as a cheesy artifact of the era like high platform soled shoes and white polyester suits, Sister Sledge’s 1979 album We Are Family remains one of the most solid soul collections ever put on wax.

It arrived at a pivotal moment in the career of Debbie, Joni, Kim and Kathy Sledge, the four sisters from Philadelphia: after two albums (Circle of Love and Together) and one top 40 R&B single (“Love Don’t Go Through No Changes On Me”), they were prepared to walk away from the music industry when their Fairy Godfathers, Chic front men Nile Rodgers and Bernard Edwards, appeared. The dynamic duo wrote, arranged and produced the eight-song set, including the international smashes “He’s the Greatest Dancer” (famously sampled in Will Smith’s “Gettin’ Jiggy With It”) and the title track (which became both a feminist and gay rights anthem). But also nestled amongst those dance classics are quiet storm gems (the melancholic “Somebody Loves Me”) and mid-tempo jams (the smoky sleeper cut “Lost in Music”), making We Are Family one timeless smorgasbord of sophisticated funk. No surprise, then, that Rodgers (who has also produced David Bowie, Duran Duran, Madonna, and Diana Ross) considers it his best work.

As the youngest member of the quartet, a then-teenage Kathy displayed a vocal maturity beyond her years (similar to her contemporary, Evelyn “Champagne” King): she managed to be both shy and seductive on “Dancer”, while on “We Are Family” (cut in one take) she takes it straight to church on it’s four-minute breakdown, her voice becoming raspy yet still rockin’.

To celebrate its 40th anniversary, we spoke with Kathy, who is now a successful dance/EMD solo artist. 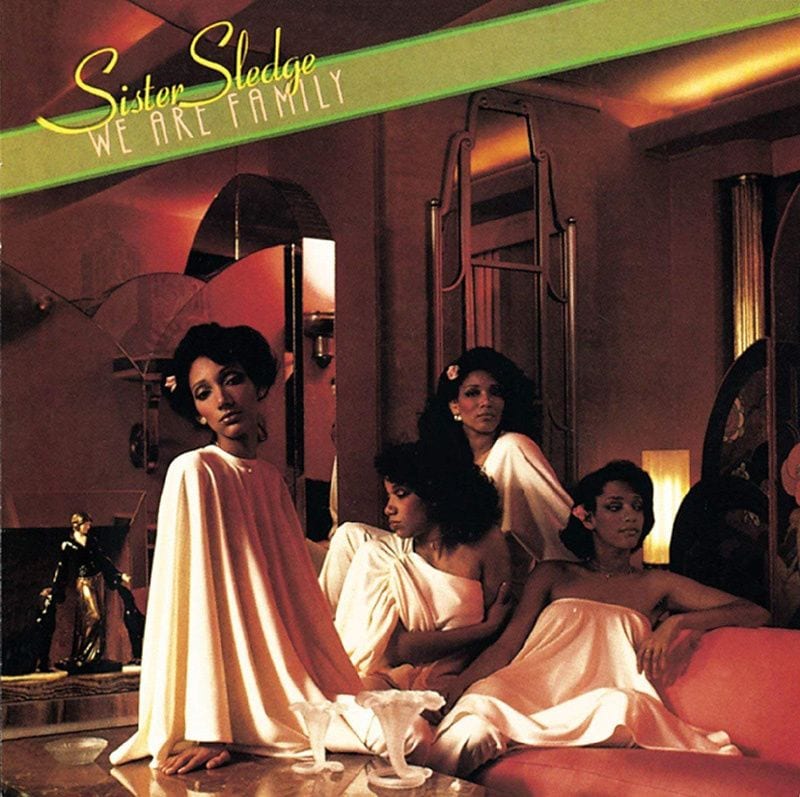 What was your reaction when you learned that the men behind Chic would be producing your third album?

My honest reaction? [laughs] I had been singing for as long as I could remember, professionally since I was 13. While we weren’t a household name in America, we had records that were successful in other countries; we even won the Tokyo Music Festival. We had also written and recorded our own songs. I felt we had paid the dues to decide what direction we should take. So when we got the call that the “Yowzah yowzah yowzah” [the chant from Chic’s “Dance, Dance, Dance”] people would be producing us … I was a little apprehensive. We would be the first act they produced outside of themselves.

What changed your mind?

Probably when I first heard “We Are Family”. Turned out Jerry Greenberg [chief of Atlantic Records] told them [Rodgers and Edwards] that we fly like birds of a feather. That ended up in the song. I thought, “They wrote that just for us.” They meant business and it showed in everything they did to bring that album together.

Is it true that you didn’t know the lyrics to the songs before going into the studio?

Yes. Nile and Bernard believed in spontaneity, they had a formula we had to follow. They wanted that edge with each song they felt you couldn’t get from rehearsing. Nile was literally feeding me the lines [to “He’s the Greatest Dancer” and “We Are Family”] as we recorded. I had to find the melody—and quick! [laughs] That’s when my years in the business and instinct as an artist kicked in.

Let’s talk about those awesome “We Are Family” ad-libs.

That’s what makes that song so special. Being a singer is a lot like being an actor; you’re given a script and you have to bring that character to life, and it’s the same thing with interpreting a song. You’re singing a story. Having my sisters with me cheering me on, plus Luther [Vandross] and Alfa [Anderson] on background, and Bernard playing that funky bass, I easily got caught up and captured by the music. I’m most proud of that performance.

Do you remember the first time you heard “He’s the Greatest Dancer” on the radio?

Oh yes. For years I would tell my schoolmates, “We have a record out.” And of course their response would be: “Where?” We had hits overseas but rarely got radio airplay in the states. On the day “Dancer” was released, my alarm clock went off and the song was playing! And then when it went into heavy rotation, that was like a dream. It’s a beautiful thing, hearing your song, everywhere. Nile and I laughed about this last year; I was always that little girl in braces following him around the studio, asking “So, you think this is gonna be a hit?” He always knew it would be.

Were you surprised by the public response to the album?

Certainly. It’s a very different kind of energy when you have to go out on stage and prove you belong there because the audience really isn’t familiar with you, and when they embrace you before you open your mouth. We Are Family placed us in the latter category. We always gave whatever audience we were in front of our all, but after We Are Family you could feel the hugs the minute we walked out on stage.

Do you have a favorite song from the album?

“Thinking of You”. Lyrically, it’s just so sweet. And it has such a breezy flow. I think of it as a groove love song. With some songs, the second you hear them they lift you. And Nile’s guitar [during the intro] immediately takes you there. Right away I thought to myself, “I’m gonna enjoy singing this.” I remember it being two in the morning recording it, and feeling good. That’s why I go up the scale at the end. I was smiling because it made me happy and people listening to it can feel that, too. That’s probably why it’s one of our most remixed songs.

Is there a particular memory during that period that you cherish most?

Touring with the Jacksons was definitely the highlight; we called it the Brothers/Sisters tour. It was fun being on the road with peers who were our age, who also started out young. And … Michael Jackson. Wow. Just watching him own the stage is something I will never forget. He is one of the greatest artists we will ever know.

What did you think of the disco backlash?

It was definitely political. I could sense the tide was turning when [Chic’s] “Le Freak” knocked “You Don’t Bring Me Flowers” by Barbra [Streisand] and Neil [Diamond] out of the #1 spot [on the pop charts]. That’s when the industry started to think it wasn’t something to support and began moving away from it.

Now, there is good and bad in all genres, and disco was no exception. Fact is, if it was really just about dollars, that [disco] train should not have ended the way it did. Dance music, funk gave the industry some of its best produced and commercially successful records during that decade. But anything with a beat got tagged disco, and that’s why R&B artists all but disappeared on pop radio. But, like “Le Freak”, “We Are Family” has outlived the disco era because it wasn’t a disco song; it just so happened to come out when disco was strong.

What would you say is We Are Family‘s legacy?

Witnessing yet another generation, kids, babies, discover those songs and recite the lyrics, making them their own, never gets old. Who would have thought that, forty years later, we’d still be talking about it and it would still be touching people the way it has; that’s the power of music. I am so grateful to have this as a part of my life. It’s the blessing that never stops.

Any chance of a reunion with your sisters happening in the near future?