There’s been no shortage of popular culture produced in response to the horrific genocide that gripped the East African countries of Rwanda, Burundi, and their neighbours in recent decades.

Films like Terry George’s Hotel Rwanda (2004) and Raoul Peck’s Sometimes in April (2005), and literary productions like the works of Scholastique Mukasonga (from the Rwandan perspective), Romeo Dallaire’s Shake Hands with the Devil (Random House, 2003) or Philip Gourevitch’s We Wish to Inform You That Tomorrow We Will Be Killed With Our Families (Farrar, Straus and Giroux, 1998) (from the Western perspective) merely hint like the tip of an iceberg at the rich body of literary and cinematic work that’s been produced in response to humanity’s collective effort to understand this tragic experience.

My own introduction to the harrowing subject came in the form of BBC journalist Fergal Keane‘s powerful work of reportage Season of Blood: A Rwandan Journey (Viking, 1996). The 1995 work remains an excellent albeit chilling overview, which like all works on the topic leaves the reader with a tortured, sickening ache no matter how many years and miles removed from the genocide one might be.

The latest literary work to join this company bridges the gap between western and African perspectives in many ways, tapping powerfully into this deeply important and ongoing history. Gaël Faye‘s Small Country is a novel drawn from the author’s own experience as a child in Burundi when that country erupted into civil war and genocide. Faye, who now lives in Rwanda, grew up in France after his family relocated there during the civil war, and he achieved success in that country first as a hip-hop star. A perceptive literary agent whose son was a fan recognized the strong literary quality of Faye’s lyrics, and encouraged him to pursue serious fiction. What resulted was Small Country (also the title of one of his popular songs)—a runaway bestseller that sold nearly a million copies and has won a raft of awards, including the prestigious Prix Goncourt. That was in 2016; the novel has now made its way into English translation.

Small Country is not strictly autobiographical; although Faye draws heavily on the experience of his own childhood, he adopted the novel form in order to allow him greater flexibility. Still, it reads with such a powerful immediacy that the reader frequently forgets that it’s not entirely autobiographical. Every moment is related with such vivid authenticity that one loses oneself entirely in the short, fast-paced narrative. It operates at every level: evocative description summoning images, sounds, scents and tastes while the ability of Faye’s young child narrator to touch the reader on an emotional level is reimagined with every episode he relates. Faye writes with a universality that transcends cultural chasms and linguistic barriers, and doesn’t so much suspend the reader’s disbelief as produce such a deeply resonant narrative that the reader forgets entirely they are reading a novel (albeit one shaped powerfully by personal experience).

The author’s protagonist, Gabriel, is the young son of a French father and Rwandan mother (like Faye himself), growing up in Burundi. His mixed status gives him an ambiguous identity in the emerging ethnic conflict, and his privileged upbringing—his father is a well-off businessman—helps protect him from much of the violence, at least at first. Eventually the strife spreads into his own well-to-do neighbourhood; long before that, it takes its horrific toll on his mother’s family in neighbouring Rwanda. The novel is a coming-of-age story of sorts, but one which also offers a child’s-eye view of the horrifying genocide which has racked East Africa.

Much of the book’s charm lies in its finely strung balance between the innocent idylls of childhood and the harrowing reality of warfare and ethnic violence which intrudes upon it. While the reader is frequently reduced to tears, the cause varies dramatically from chapter to chapter. It could be tears in response to the heartwarming moment when two young boys reaffirm their best friendship with each other. Or it could be tears generated at the horror of young children who are pressured one day into buying grenades instead of ice cream. Faye evokes a taut emotional response no matter his subject, and the power of Small Country lies in its juxtaposition of the beautiful everyday moments of childhood with the grim reality of ethnic hatred and violence.

At times there is a child-like humour to his writing, both incisively truthful yet sardonic in view of the sad historical reality of events. 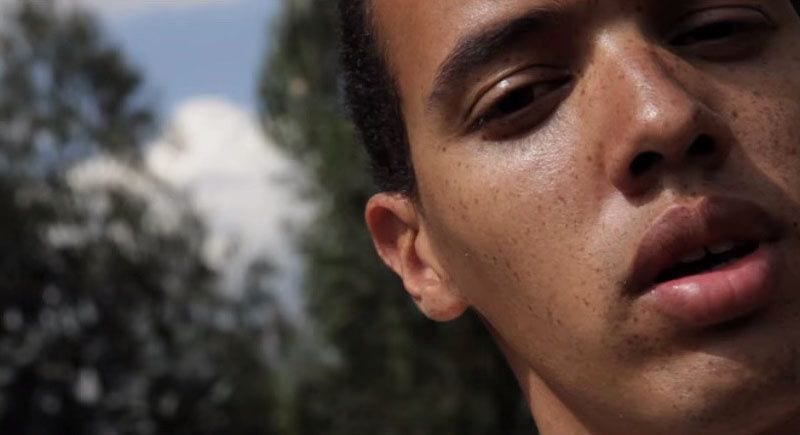 Faye is a successful songwriter and hip-hop artist, and his novel contains a beautiful lyrical quality. He holds this in restraint, writing much of the book from a child’s-eye perspective. But lyricism slips in around the edges: in the book’s opening and closing, and interspersed in brief poetic passages which mark significant moments in the book. One senses clearly that this is a writer whose genius is not limited to the exposition of an innately moving and compelling narrative of a childhood amid war, and from whom we might expect great literary things in future.

“The noise from the television above the bar temporarily drowns out my thoughts. A twenty-four-hour news channel is broadcasting images of people fleeing war. I witness their makeshift boats washing up on European soil. The children who disembark are frozen, starving, dehydrated. Their lives played out on the global football pitch of insanity. Whiskey in hand, I watch them from the comfort of my VIP box. Public opinion holds that they’ve fled hell to find El Dorado. Bullshit! What about the country inside them? – nobody ever mentions that. Poetry may not be news. But it is all that human beings retain from their journey on this earth…”

Small Country is a short, powerful and important read, which taps both into the beautiful innocence of the human soul, and the violent depravity into which it can be dragged. It’s a tribute to those lost, a lesson for those who remain, a cry for those who suffer, and a hope for our collective future, all wrapped in a short, powerful lyrical narrative. We can only hope that the more such books are read, the less they will need to be written.