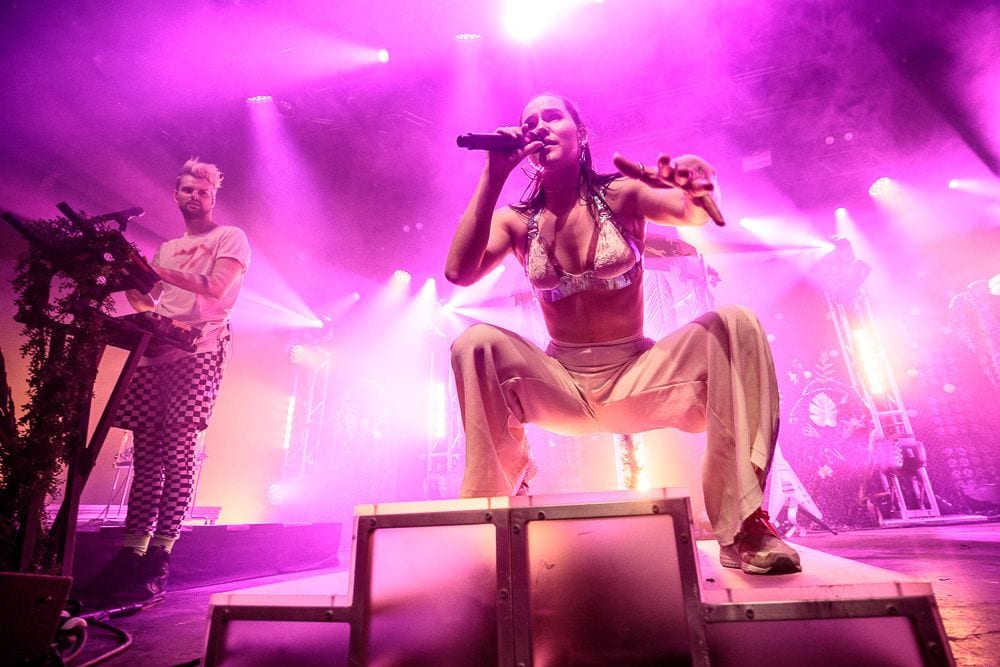 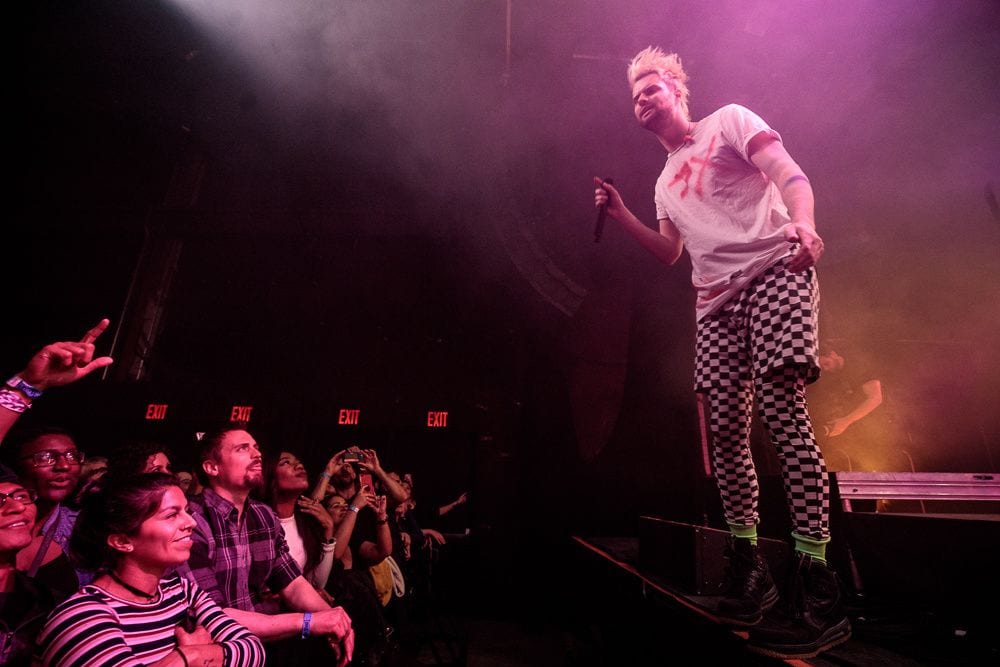 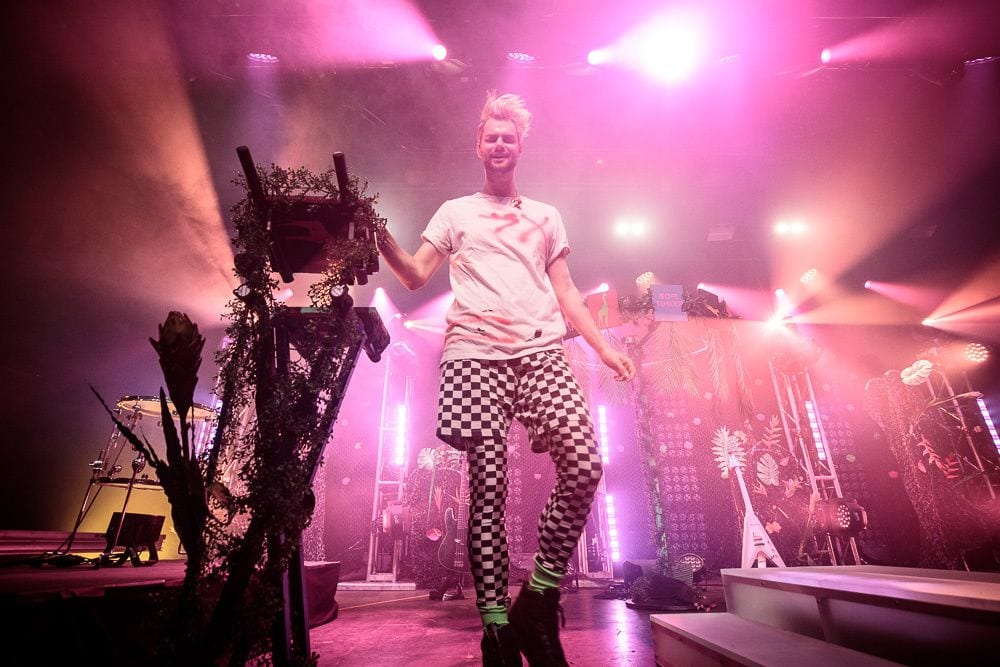 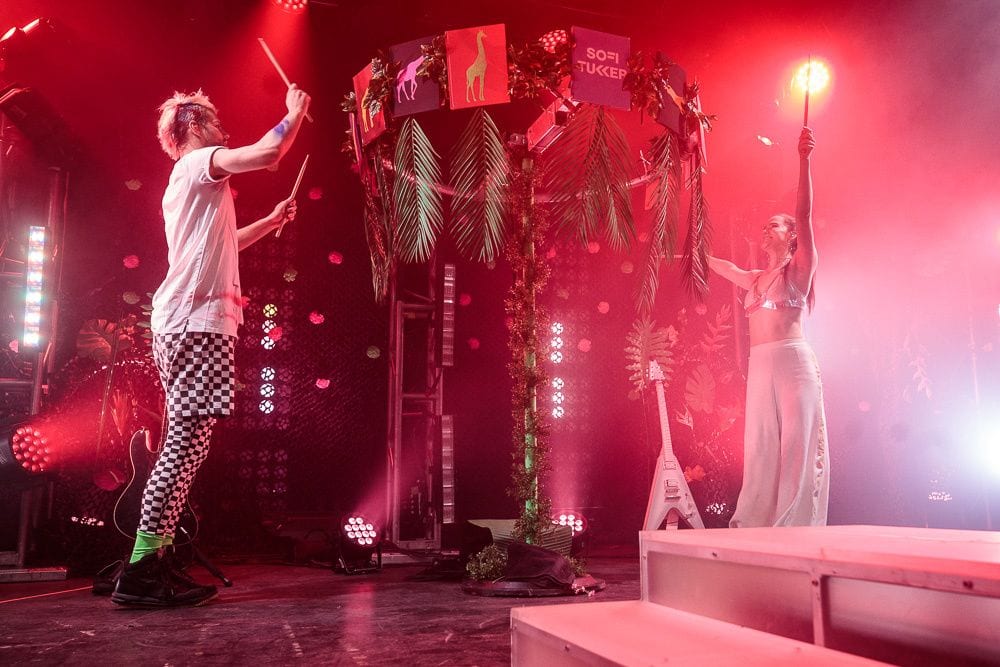 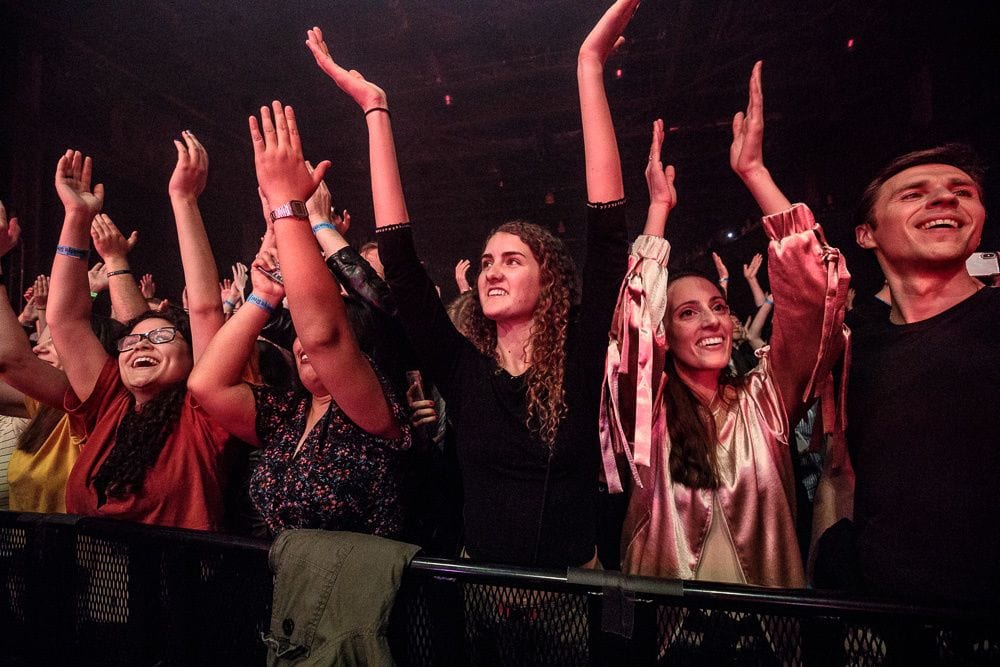 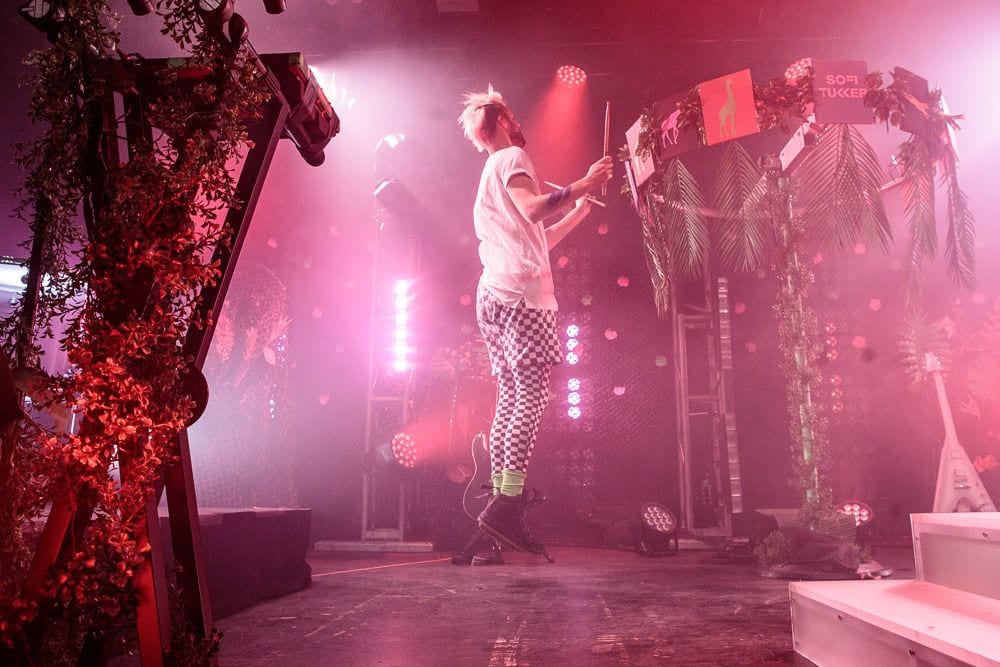 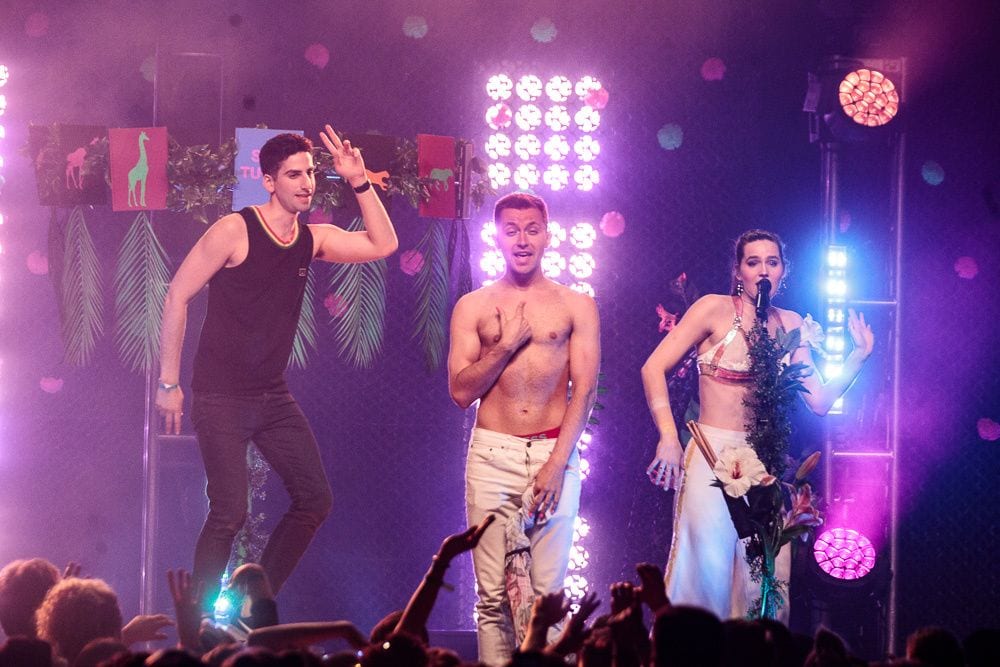 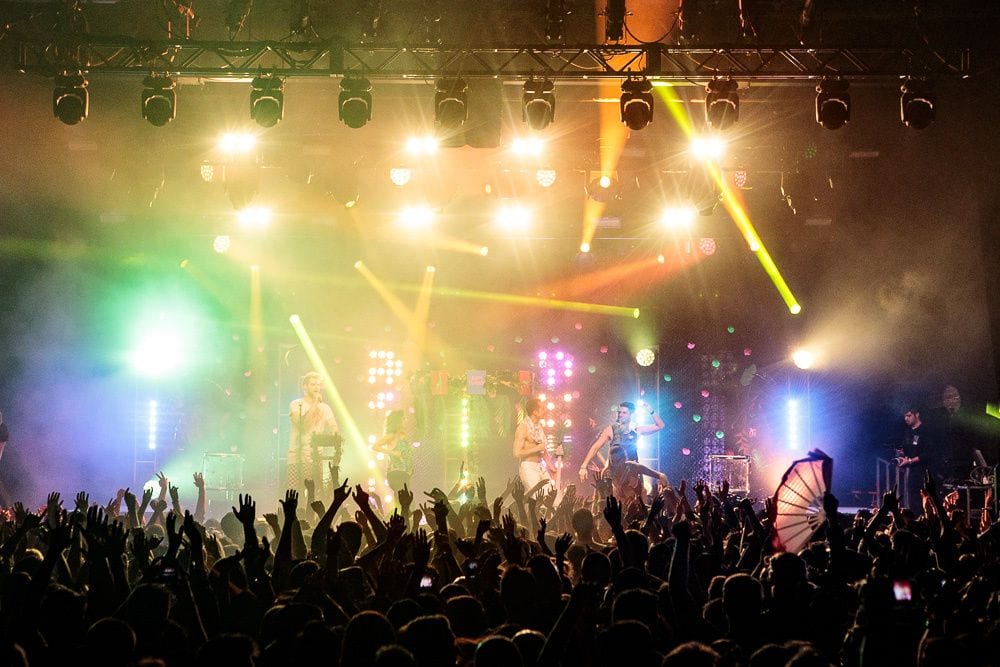 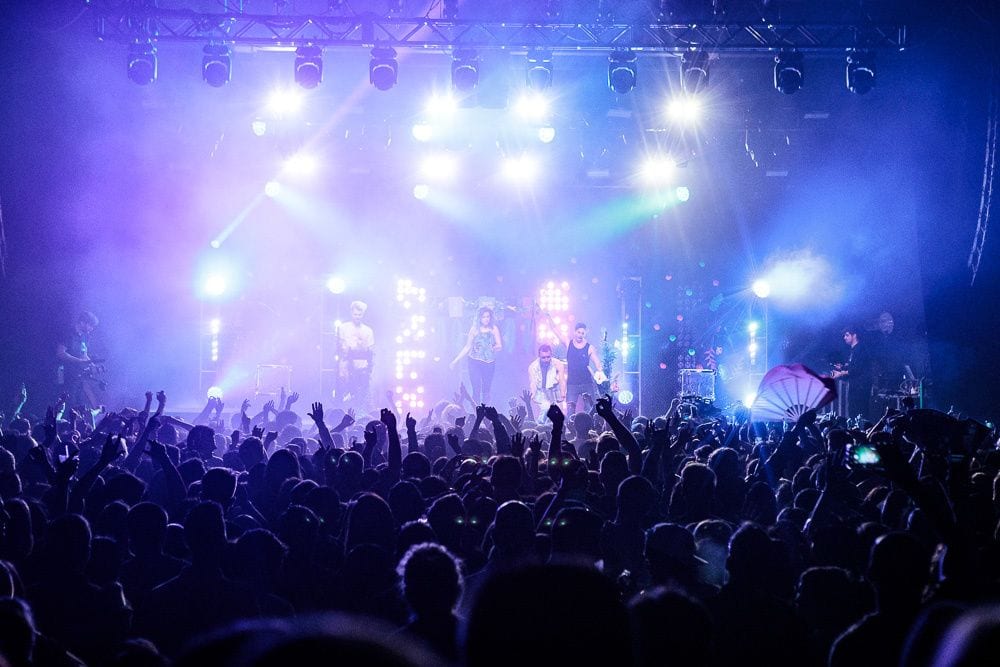 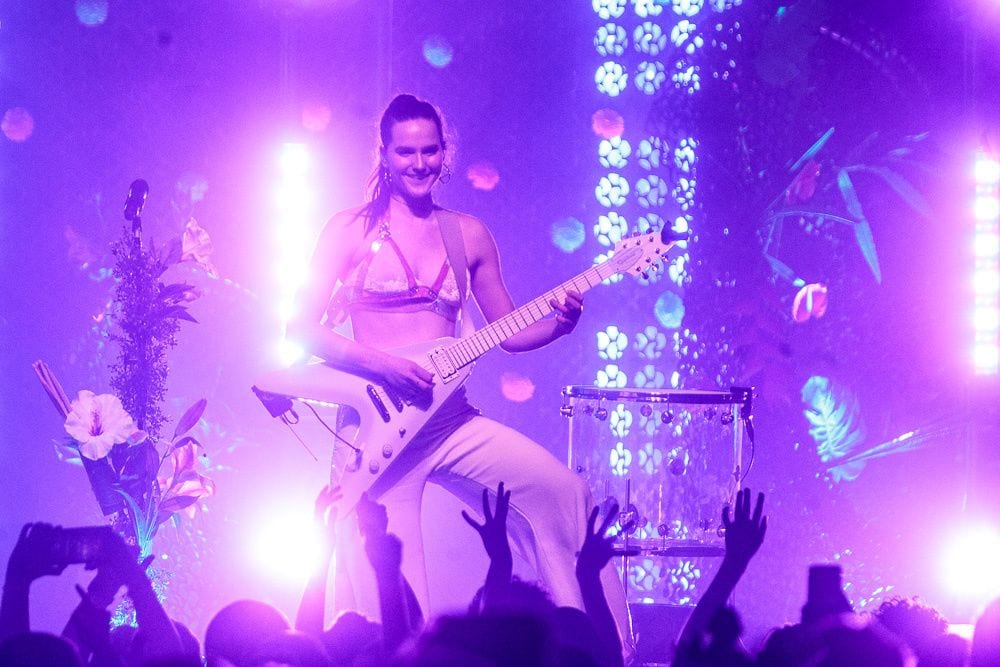 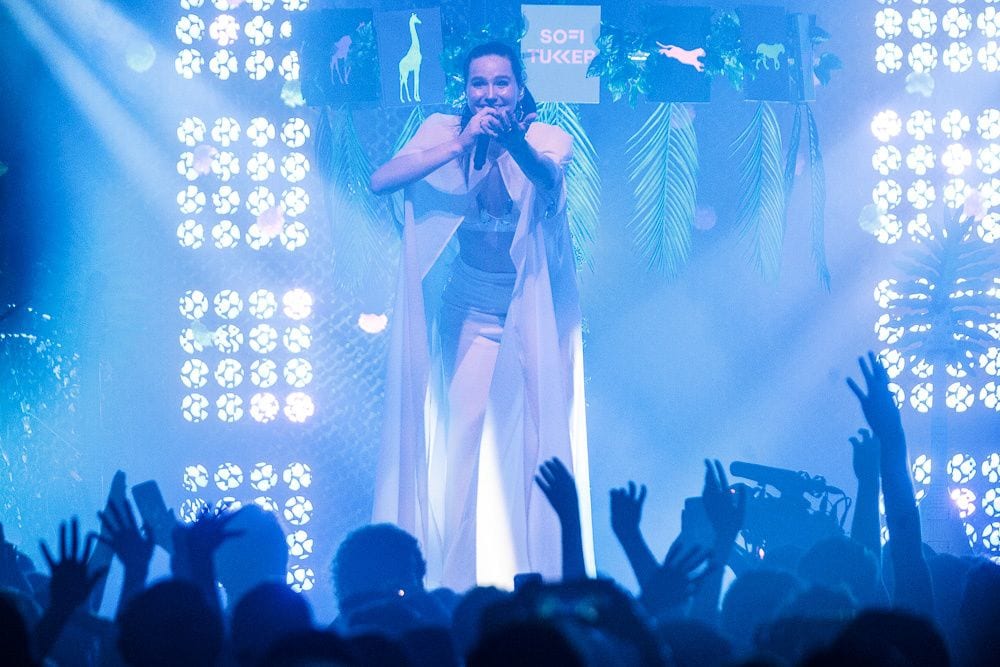 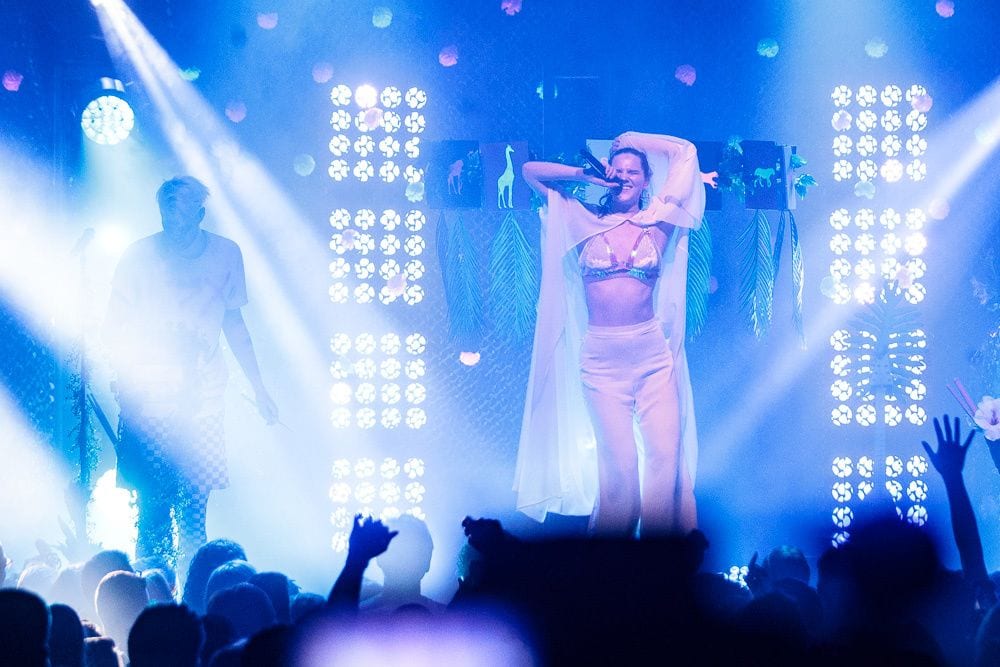 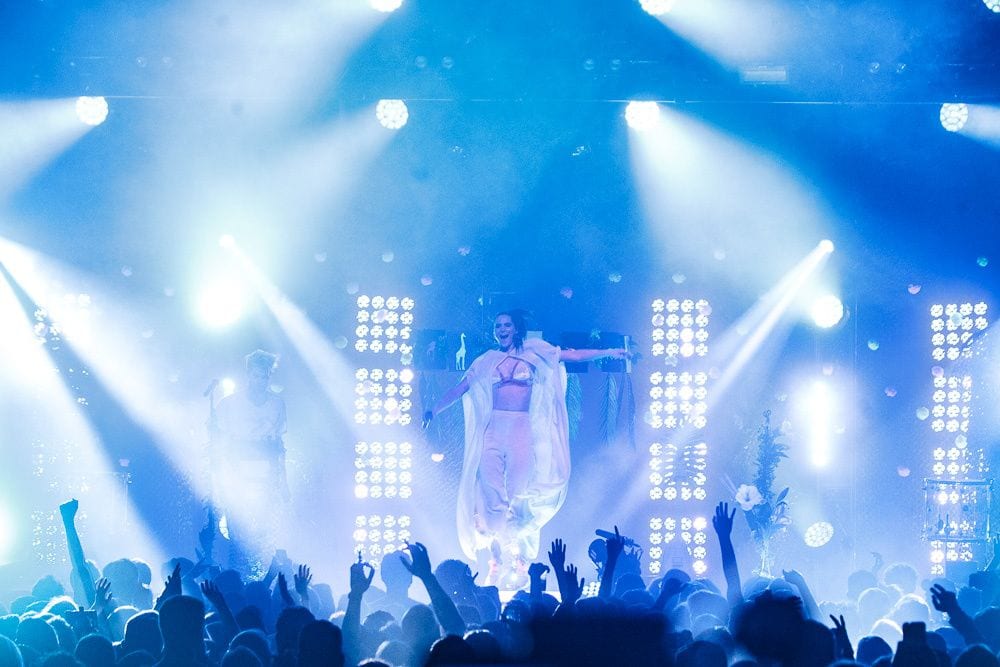 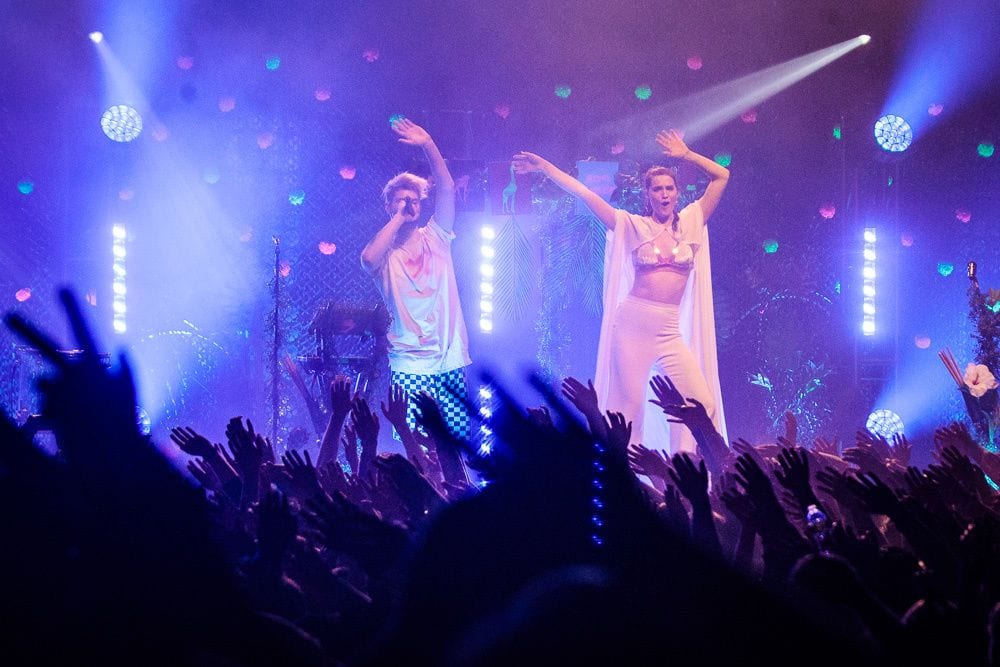 The duo of Sofi Tukker (Sophie Hawley-Weld and Tucker Halpern) had been on my radar for almost two years before I was finally able to see them live. Their 2016 EP Soft Animals showcased an inventive and exciting new electronic group nad “Awoo” and “Hey Lion” were particular favorites. They’ve played several shows in the NYC area (they are based here) that I missed, unfortunately. But I did manage to see them at their biggest local show yet, a headlining sold-out show at Brooklyn Steel on April 21st that featured their biggest jungle-themed production yet.

I had imagined Sofi Tukker would have amped up their band (with supporting musicians) alongside their stage design. Surprisingly though, it was only Hawley-Weld and Halpern on stage for the most part. That felt like a bold decision for a young group whose full-length debut Treehouse was released just the week before and who are at the beginning of a tour that takes them through North America and into Europe for the summer festival season. (The group’s jungle themes would make them well-suited for NYC’s own EDM fest Electric Zoo.)

After opening sets from DJ LP Giobbi and singer Kah-Lo, stagehands worked to prepare the set for Sofi Tukker, including removing the cover from their trademark, digitally percussive tree. Colorful lights welcomed the duo to the stage as they kicked into high gear. Standout songs were “Awoo” before which three fans who knew the “special” dance were invited onstage, the pulsating “Johny” with its Portuguese lyrics, and the off the walls “Batshit”.

Not every song was a (deliberate) banger, however. Sofi Tukker let the audience cool down some with more subdued tracks including “Benadryl” and the new song “Moon Tattoo”. But more surprising than a new song was the evening’s true topper — they paid tribute to the late Avicii (the show was a day after the renowned DJ had passed away) with a cover of his anthem “Levels” that unleashed an already rabid audience.

Many more fans will get a chance to check out the Treehouse tour as it continues. Dates are below the photos from Brooklyn Steel that follow.