“Music is all about limitations,” says Aaron Earl Livingston (Son Little) towards the end of our conversation. “You’ve only got 12 notes. They’ve been arranged every way possible. You can’t invent new notes. You have to give people something that they’ve heard a million times and make it seem like they’ve never heard it before.”

He adds, “And then you give them language, you’ve got to put it together in a way that signals you, but familiar enough that it makes them happy or elicits the response you’re looking for. And the last piece is you’ve got to have a singer who is able to match the level of the song.”

It’s an interesting insight for a songwriter who works productively at the intersection of all kinds of traditional music. Livingston grew up on jazz as a saxophone player from middle school on. He heard gospel music from childhood in the church where his dad preached and later worked with Mavis Staples. He discovered hip-hop as a young man in Philadelphia, and by the time he hit college at Temple, he was playing shows with the Roots. He devoured piles of classic soul and R&B records along the way. Livingston is well versed in all varieties of black music but isn’t confined to any of them. He observes wryly, “I never pictured that I would be playing at folk festivals in Canada one day, but that’s where I’m going next.”

Livingston sees a linkage between all these traditions, not just in the 12 notes they share, but in the way they communicate and inspire people. “When you think about all these forms of music, especially hip-hop, and certainly R&B, if folk music is the music of the people, it’s all folk music,” he adds. 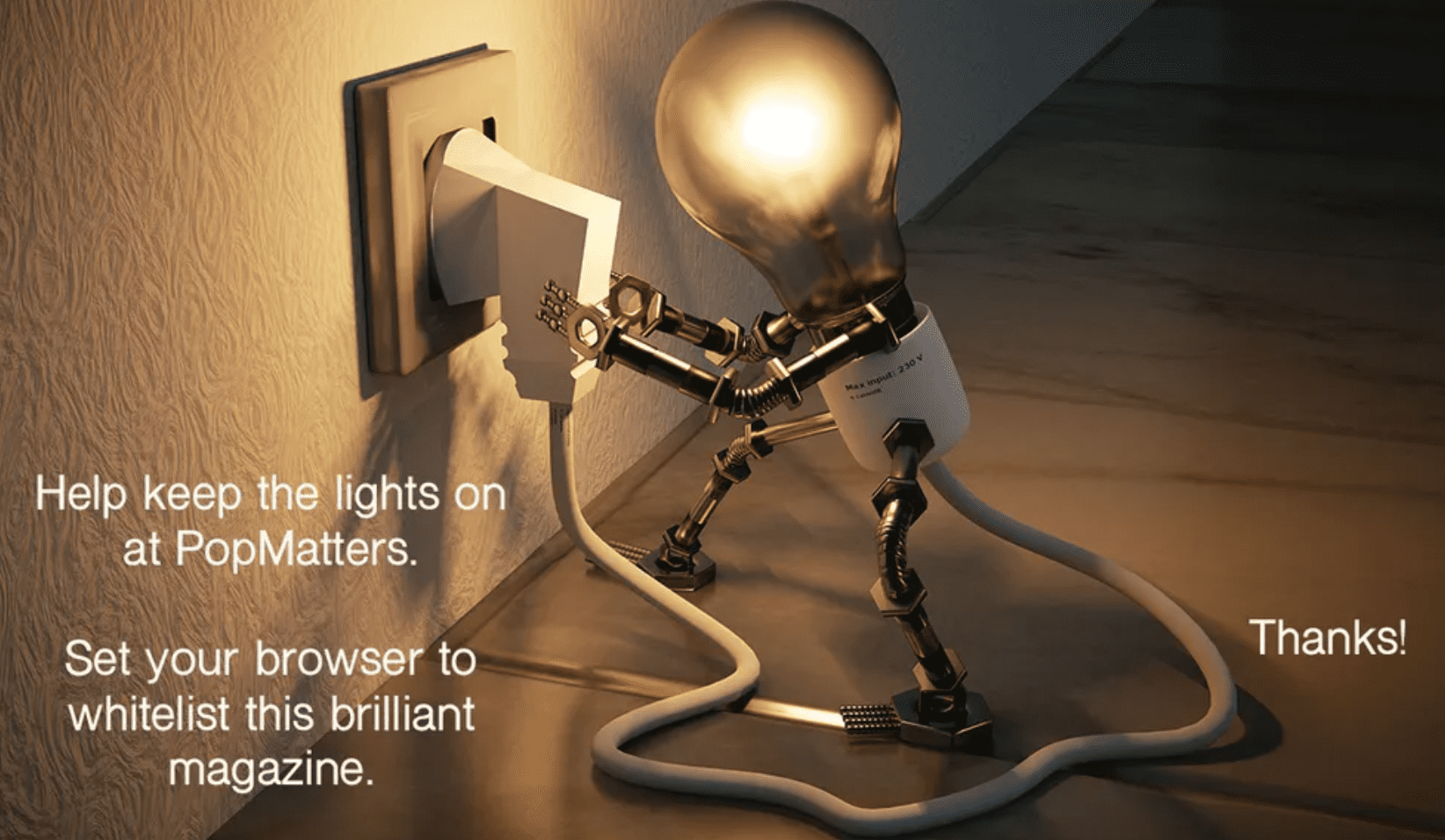 From Church Choirs to Roots Cameos

The lush harmonies in Son Little’s music draw from gospel music, as well as the soul and R&B traditions inspired by it. Livingston, the son of a preacher, learned this music when he was very young. “From my earliest childhood, I spent a lot of time in church watching my dad and listening to choirs sing and happily singing along,” he recalls. “It left me predisposed to harmony. I don’t know if he knew he was doing this, but my dad always used to float between the different parts. I think that sort of rubbed off on me. I’ve always loved harmony, and even now, I’m working on something, the background vocals are probably the most fun that I have.”

Jazz also entered Livingston’s life early, in middle school when he was asked to choose a band instrument. “We had a saxophone in my house. I knew that if I chose saxophone, I wouldn’t have to bring the saxophone home to practice,” he says.

But Livingston was interested in writing too, not just the music but the words, so he took up the guitar and began performing his own songs. Even now, he says, he wishes more people listened to his lyrics, which he works hard on and takes pride in. “It’s pretty common for people to overlook the lyrical content completely. There’s a lot of focus on my voice and what it sounds like and who it reminds you of, and less on what I’m actually saying,” he explains. “It’s ironic because that’s the first thing I see when I’m working … it’s all about the words.”

Livingston continued to study music at Temple University, where he went to college, and it was there that he made his first forays into the industry. “I was trying my hand at being a hired gun type session musician, and, you know, not doing very well at it. But I was writing songs and doing home recordings at that point,” he remembers. “You know, I was very shy about that, but then people would always ask me what I was working on, and I’d share stuff with friends.” Through connections and friends of friends, some of his demos made their way into the hands of Richard Nichols, the long-time producer for the Roots. “He was, basically, the George Martin of the Roots,” says Livingston, “And he was really into it, so he started bringing me down to the studio, that was how I was initiated into the music industry.”

Livingston sang on “Guns are Drawn” from the Roots 2004 album The Tipping Point, as well as “Sleep”, from 2011’s album Undun, played shows with the Roots and performed at non-Roots events organized by Nichols in the Philadelphia area. He continued to work in hip hop, forming Icebird with RJD2 and releasing The Abandoned Lullaby in 2011.

Livingston’s debut album Son Little on Anti- in 2015, however, set the artist on his current, genre-crossing journey. PopMatters’ Steve Horowitz observed, “One moment he’s the sensitive Marvin Gaye What’s Going On-era crooner sounding sensitive and hurt, the next Little’s invoking the booming licks of Black Sabbath to underscore his passion. The music flows from genre to genre, like that great FM radio from yesteryear.” New Magic followed in 2017, building momentum for the songwriter. Mark Deming of the AllMusic Guide wrote, “Listeners who want to hear a smart and passionate musician take R&B into new, thoughtful places owe it to themselves to give New Magic a careful listen.”

Persevering Through a Setback

All this set Livingston up very well for his third album, Aloha, and he was in an upbeat, expansive mood as he began tracking demos. Then disaster struck. The drive where Livingston had been storing his songs stopped functioning. “I still can’t figure out exactly what happened. One day the drive worked. I came back the next day, and it just didn’t work,” he says.

Livingston contacted a data recovery firm, who wanted $1,000 just to tell him whether they could bring back any of the files on his drive — no guarantees. Already behind and not wanting to sink money into a lost cause, Livingston started over.

“I remembered some of the songs, but I didn’t want to put myself through the anguish of trying to reassemble them. It was like trying to put an egg back together,” Livingston says. “The ones that were still in a more basic state, I just started over. Others I had completely scrapped and wrote something different, and in a couple of cases, I revised things I’d had for a long time.”

The resulting album is far different from it might have been if he’d had the original songs. “When I started, I felt like I had a lot of time. I could experiment with a lot of different ways to put songs together. It was summertime. I was feeling upbeat. I had all the time in the world to get this record finished,” he remembers. “Then losing the drive, actually it made me pretty depressed. And the season changed. Temperatures dropped, and it was Indian summer. I went from LA up to north of San Francisco. I was alone for a couple of weeks, and I think all that ended up bringing about a more thoughtful, reflective mood.”

Livingston worked with Renaud Letang, a French producer for bands like Feist and Manu Chao, on Aloha. It was the first time he’d ever had an outside producer. “I didn’t feel any less involved. I’m always going to be very painstaking about recording. I played almost all of the instruments. I’m still very deeply connected to it,” he says musing about the value of bringing in an extra set of ears. “But I think, you know, the producer who has a track record of working with people with well-defined creative ideas and enhancing them instead of taking away from them or getting in the way — that was useful. He understood clearly what I was trying to do almost all the time. He was able to just add an objective perspective to my performances that I could just never have.”

For instance, Livingston did multiple takes of the guitar part for the single “Hey Rose” in the studio, getting a cleaner, smoother sound with each new recording. He felt strongly that the guitars should be refined. But Letang kept going back to the second, rather abrasive guitar track, from back when Livingston was still figuring the part out. Livingston resisted, he says, for reasons he can no longer even remember. “Finally, I went back and listened to it, and I had to agree. He was right. It sounded better when I was playing it harder. The album is littered with these kinds of things.”

The song, “Hey Rose”, is one of the disc’s best (it also appears on the Hey Rose EP, along with a remix by Quantic), a mesh of interlocking instrumentals and vocal parts that nonetheless flows easily in a very pop way. Livingston says that pop songs can certainly be complex — as this one is — as long as the artist maintains a clear focus. “I think if you’re really creative about it and you’re good at arranging things, you can get very complex, as long it’s in a framework that makes it okay. You have to know what to emphasize. You have to make clear what’s important, and then once you’ve done that, you can add all kinds of things. You just have to make sure the focal point is clear.”

“Hey Rose”, is, perhaps, the most upbeat song on the album, but much of the disc is pensive and quiet. “Suffer”, for instance, is rather lovely, but it has a definite melancholic air. “I had an old demo of that before the infamous crashed drive, but it was mostly just guitars initially. I had bought a nylon string craft guitar, and I was playing it all the time,” Livingston remembers. “But I didn’t approach writing the lyrics until I went up north. And in that more quiet setting, I found the words that fit that. I think I had a certain sense at the time that I was making a choice when I started to do that. When I started writing the lyrics to ‘Suffer’, that was the moment I realized that this record was going to sound a lot different from what I’d done before.”

Life on the Road

Livingston spends a good deal of his life on a tour bus. When we talk, he is getting ready for a show in Joshua Tree, California, and he has sporadic dates lined up in Canada and the east coast through the spring. He says that having an iPad has completely changed tour experience. It’s a mini-studio, writer’s notebook, and library all in one.

“Initially, as I was starting to tour a lot, I started to realize how much I love and actually need to write. Writing lyrics is a big part of my existence, and I was really struggling to do it on the road,” he says. He couldn’t get comfortable enough to write fully arranged songs, and he didn’t have all his equipment and instruments. So, to keep himself creatively engaged, he started working on beats on his iPad. He’s now got a hard drive full of them, and he wants to start sharing them with friends and other musicians. “It’s sort of going back to my roots in Philly when I was making beats, and I was giving them to rappers I knew, and that was how I got into the business. This is kind of coming full circle.”

He’s also an avid reader, stuffing his iPad with as many books as will fit. Recently, he’s been reading an eclectic mix of material: Albert Camus’ The Stranger, Ronan Farrow’s War on Peace: The End of Diplomacy and some graphic novels. “I’m kind of all over the place,” he admits.

Whether reading, writing, or making music, he brings it all together.