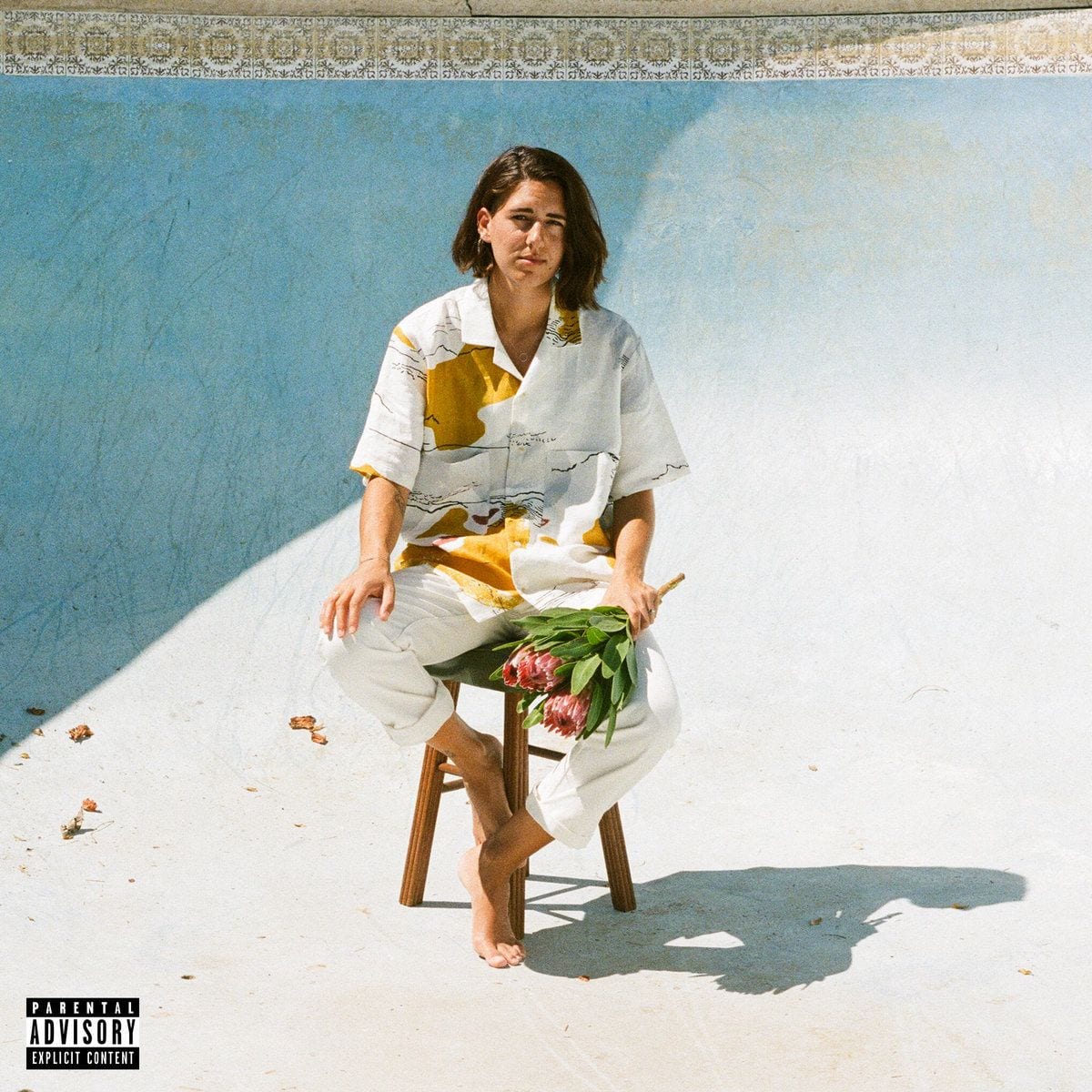 St. South, neé Olivia Gavranich, has released a debut album full of raw emotions and intimate bedroom pop. Get Well Soon is a loose concept record about a breakup and the variety of responses it produces. St. South’s warm, relaxed style occasionally obscures the emotional pain she is going through in her lyrics. It’s a record that is fun in a low-key way through the first couple spins, but reveals depth with repeated listens.

The album opens with a simple R&B beat, quiet piano arpeggios, and cooing background vocals. “Does Your Brain Ever Get This Loud?” finds St. South singing about her emotional guardedness and inability to conquer self-doubt. The music never really goes beyond its simple opening. The most significant change is probably the addition of slow handclaps during the chorus. That introspective beginning gives way to “If It’s Not You”, a more upbeat song featuring shakers, finger snaps, and a guest verse from the band N.Y.C.K, which provides a lovely contrasting vocal tone. The refrain here sets the stage for the rest of the album. “Don’t say sorry / You went cold in such a hurry / But I don’t want anybody / If it’s not you.” St. South is in love, but also wants love and respect from her partner.

The third track, “RED”, is where the emotional trauma starts to enter. Here we have another slow R&B beat and a simple electric piano line, which gains a warm, slow bassline and the surprising inclusion of a melancholy saxophone. St. South airs many grievances here, but the key lines here are the gross ones. “No, I don’t want to watch you smoke a durry / I’ve got things to do today / And I fucking hate when you blow it in my face.” If you already tolerate your partner smoking and then they tend to blow that smoke in your face, you may be stuck in a bad relationship.

“Growing Up” is a more upbeat song, with a percussion groove and subtle but shiny synths. Here, she’s rationalizing why her girlfriend left by repeating, “I know you’re growing up.” But it’s pretty unconvincing when there’s a whole verse that says, “You pulled away / I guess that’s when you needed a break.” The emotional pendulum swings the other way with “Not Angry Yet”. Musically, it’s a raw piano ballad, while St. South does mundane tasks and questions everything she’s doing, as if “Was my bed too hard for you?” was the reason her girlfriend left. She’s also clearly grieving and depressed, as evinced by the killer line, “The only thing I ate this week were my fucking words.”

“I’m Still Me” is a wordy reflection that alternates between St. South’s self-flagellation and musings on whether her ex is also struggling. It features some low-key guitar, an instrument that doesn’t show up much on Get Well Soon. “A Little Alive” gets back into raw emotion territory as she continues to process the breakup. “I’m just a little alive / But this feels like fiction.” This track features a building climax as the song finishes, layering voices on top of each other as the music swells. Other clues that this wasn’t a healthy relationship abound, including, “I remember you told me you miss Summer Liv / But I don’t want your love if it won’t live through seasons.” There’s also a concerning bit about her lover immediately dating a new girl.

With “Can I Come Over?”, St. South finally gets outside of her head, changing perspectives to one of her friends checking up on her. It’s another slow piano song with quiet R&B beats, which seems to be her default style. Lyrically, it’s nice to get a bit of positivity. “You’ve been sleeping on your own / Answering your phone / And we are proud of you.” The album ends with “You Loved Me Yesterday”, essentially a flashback to the day after the breakup. It’s a pretty, emotional song about denial, where St. South tries to put a positive spin on the situation, figuring if her girlfriend loved her yesterday, then not much has changed even though they’ve broken up. Interestingly, the lyrics end about halfway through the song, and an extended sax solo closes out the album.

Get Well Soon is a compelling portrait of a young woman in the depths of emotional trauma. There’s no real resolution to her emotional pain here, and I wondered if St. South has ever gotten over this relationship. She was clearly deeply in love, but there are also many red flags nested in these lyrics that indicate it was also kind of a toxic situation. Musically, the quiet bedroom pop and R&B go well with the subject matter, but it often feels a little monochromatic. The beats are spare and simple; the piano and synth lines are catchy but also pretty basic. The lyrics’ raw emotions carry the album through even when the music isn’t quite up to the task. I’d be interested in hearing more of St. South’s work — when she isn’t processing romantic devastation — to see where she goes musically.