The latest iteration of A Star Is Born, this one directed by and co-starring Bradley Cooper, marginally succeeds thanks to the chemistry between Cooper and his upstart protégé, Lady Gaga. The first act, which finds the pair falling in love both professionally and personally, might be the best opening stanza of any film released in 2018. From that point forward, however, the predictable formula provides no breathing room for its stars, ruthlessly ticking off each plot point like it’s late for a flight. The mood and performances are there, but A Star Is Born traffics in the sort of superficial emotion that fades faster than the ringing in your ears after a concert.

The story is almost as old as Hollywood itself. First made in 1937, A Star Is Born was adapted into a 1954 musical starring Judy Garland, and then re-made in 1976 with Barbra Streisand taking the lead. In Bradley Cooper’s 2018 update — his directorial debut — a fading musician (Cooper as ‘Jackson Maine’) discovers a talented but naïve singer (Lady Gaga as ‘Ally’) who needs only the proper guidance to become a star.

Accepting Maine as Ally’s mentor is the first major snag we must overcome. Cooper, who spent over two years preparing to be a musical performer, still fails to earn the spotlight afforded him. None of his songs (which Cooper co-wrote with Lukas Nelson) are particularly interesting, even by the forgiving standards of modern pop music. A scraggly beard and faded denim jacket are no match for Cooper’s rugged good looks, making him an unlikely (and perhaps ill-suited) choice to play a hard-drinking burnout.

Most of these misgivings quickly fade when Maine first meets Ally, however, who’s performing a scintillating rendition of “La Vie en rose” at a drag cabaret. Easily the musical highlight of the film, Lady Gaga burns up the screen, which Cooper smartly captures through a series of intimate close-ups. Unlike the mediocre pop songs to follow, this material actually elevates the talent of its singer, proving beyond any doubt that Ally is worthy of the spotlight. When she drapes herself across the bar and locks eyes with Maine, their musical fates are sealed. 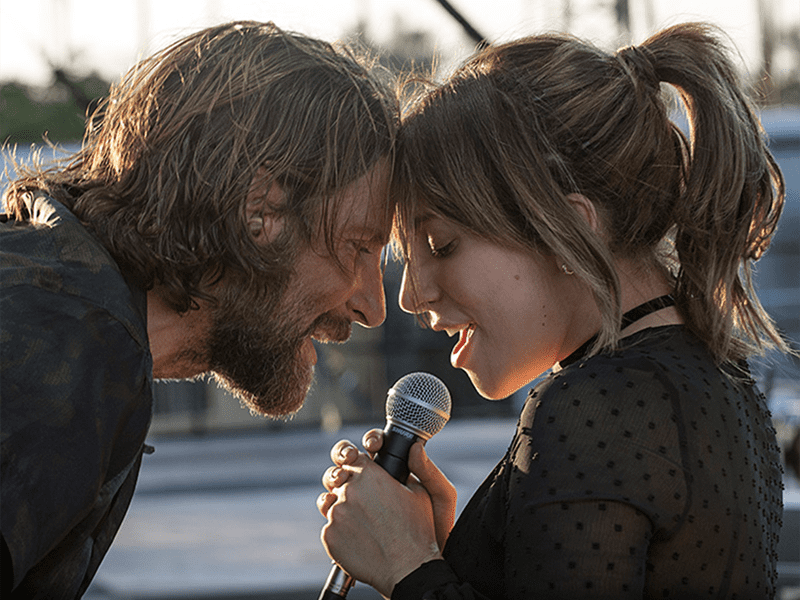 These early scenes delight in the tiny details. Maine lovingly wraps a bag of frozen peas around Ally’s knuckles after she defends him in a bar fight. They wander the streets, sharing song lyrics and swimming in the waves of their hopes, dreams, and disappointments. Finally, Maine woos her with his philosophy that success comes from “having something to say in a way that people want to hear it.” She’s helpless to resist his Southern drawl and aching vulnerability.

The enduring appeal of A Star is Born is apparent in Cooper’s rendition. Two lovers connect for a brief moment in time, inspiring one another to creative and emotional heights, only to burn up in a cloud of inescapable self-destruction. The female performer views her aging male mentor as a gateway to the stars, while he views his understudy as one last chance to come back down to Earth. They are, quite literally, headed in opposite directions, with even a fiery love affair powerless to turn them around.

Once Ally takes the stage at Maine’s behest, A Star Is Born transitions into formulaic tragedy. Her performance goes viral on YouTube, thrusting her into a world of weaselly managers and unimaginable fan adoration. Meanwhile, Maine becomes more dependent upon booze and drugs to tolerate living in her shadow as his career fizzles.

Most of Ally’s ascension is observed at a distance through Maine’s drunken haze. One particularly painful scene finds Maine watching from offstage as Ally performs on Saturday Night Live. Flanked by gyrating back-up dancers, Ally wags her finger at a pretty boy sitting on the stage, chastising him, “Why’d you come around me with an ass like that?” All Maine can do is take a swig from his beer bottle and die a little bit inside. If he wasn’t depressed before this debacle, he certainly is after watching Ally debase herself on national television. 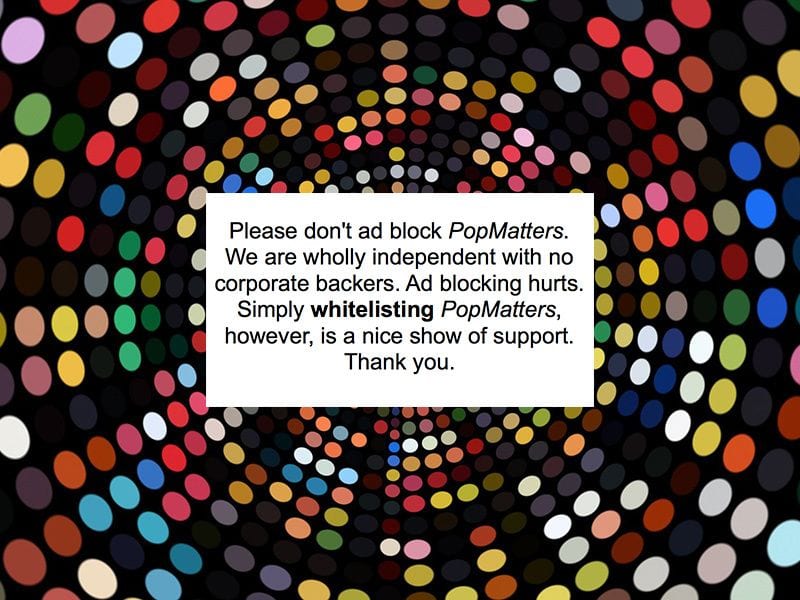 Of course, none of the back-up dancers, candy-colored hair dyes, and puerile song lyrics are portrayed as debasement. This is, perhaps, the most compelling (and untapped) theme swirling around A Star Is Born; one must smother their artistic integrity in order to become a pop star. The genuine girl slugging her way through life – the girl Maine fell in love with at the cabaret – is long dead by the midpoint of the film. All that’s left is a fashion model, meticulously crafted to maximize the bottom line and make booties grind.

Indeed, re-visiting each version of A Star Is Born and tracking what constitutes stardom in that particular era is more fascinating than the films themselves. If 1954’s version was a celebration of Hollywood glamour and the 1976 update was a celebration of sleazy excess, this modern edition is a celebration of selling out. Ally can’t wait to succumb to the trappings of stardom. She manages only a tepid refusal when her image-obsessed manager Rez (Rafi Gavron) enrolls her in dance classes and encourages her to abandon heartfelt songwriting.

“I don’t want to lose the part of me that’s… you know… talented,” Ally insists, only to completely abandon all substance in favor of style.

Unlike the 1954 and 1976 versions of A Star Is Born, Ally seems perfectly willing to not stand by her man. Visiting Maine during his hospitalization for substance abuse, Ally casually drops the suggestion that he might not want to come home again. In this moment, the audience (as well as a clearly shaken Maine) realizes that Ally has become the embodiment of all that she once despised. Had Cooper focused on this surprising trajectory for Ally, A Star Is Born might have found some much needed energy in its final act. That would require risk, however, and Cooper’s milquetoast creation has no intention of jeopardizing even one ticket sale.

Much praise has been heaped upon the starring performances of Lady Gaga and Bradley Cooper. Lady Gaga undoubtedly soars during her vocal performances, displaying a startling range and sincerity, particularly in the film’s pop chart single “Shallow”, but she isn’t asked to do much heavy lifting in the acting department. She does a good job ‘playing herself,’ which is more than adequate for the role.

Cooper, as mentioned above, is more problematic, particularly when compared to the previous incarnations of his character. James Mason’s ‘Norman Maine’ from the 1954 version is a raw nerve; a snarky buffoon who transforms into a ‘mean drunk’ at the slightest provocation. Even edgier is Kris Kristofferson’s portrayal of ‘John Norman Howard’ in the 1976 revival. He takes shots of cocaine before staggering onto the stage, berates the audience for their stupidity, and occasionally rides his motorcycle into a wall of Marshall Amplifiers.

Compared to these burnouts, Cooper’s version of Maine looks like a misunderstood angel. He gets drunk and passes out after the show. Sometimes he’ll smash some pharmaceuticals into dust with his cowboy boot and then snort them. Otherwise, we aren’t troubled with the ugliness of addiction. Maine’s decline is precipitous and contrived, culminating with his nadir at the Grammy Awards, which is so overwrought that some viewers will be laughing instead of crying. His edge is further dulled by an unnecessary backstory involving his stage manager/brother (Sam Elliott) and the ghost of their alcoholic father; all designed to make an implausible ending seem slightly more plausible.

Ultimately, it’s much easier to admire the ruthless efficiency of A Star is Born than it is to like it. It knows exactly what it is – a formulaic romantic-tragedy schlepping a bunch of lavish pop songs – and delivers those conventions tied up in a glossy bow. You won’t find any enduring classics like “Evergreen”, but each song hits the emotional notes required to keep you satisfied. A Star Is Born is perfectly fine, escapist entertainment. Just don’t expect any encores.